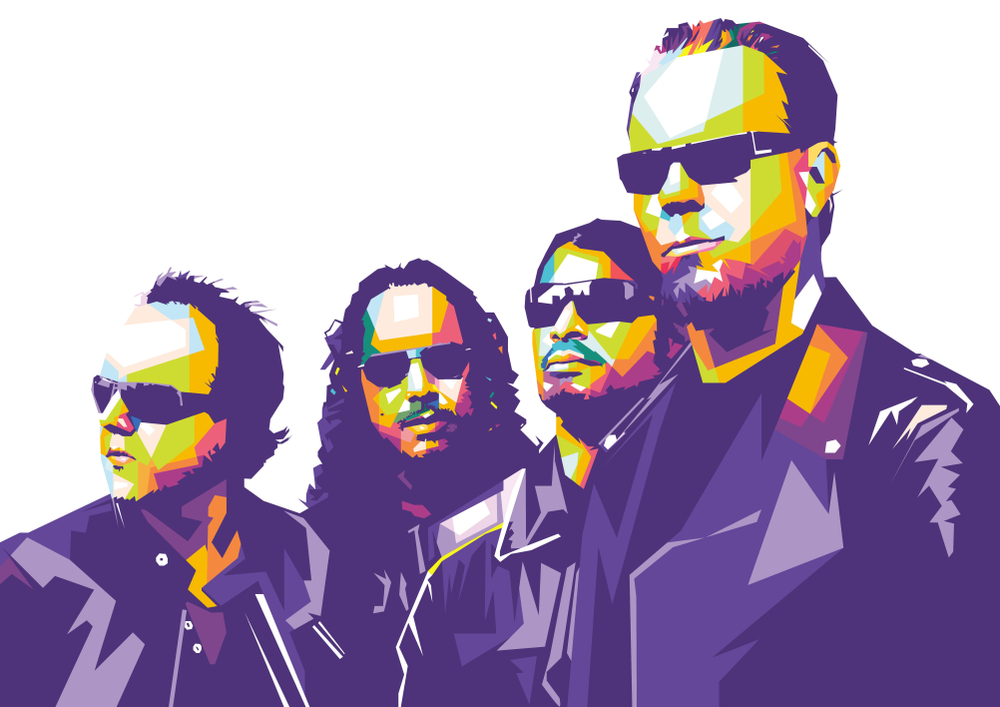 Metallica is one of the most well-known and popular metal bands in the world and have been going for more than thirty years. With an extensive catalogue of nine studio albums and over forty singles released, choosing the ten best Metallica songs can prove to be a challenge, especially as their sound has changed drastically since their early days. Here are our picks for the ten best Metallica songs.

From 1997’s “ReLoad” album, Fuel arguably represents a return to form for the band after the disappointing “Load”. Fast-paced and aggressive, Fuel features some of James Hetfield’s best vocal work and doesn’t let up for the entire run time of the track.

The opener for 1986’s “Master of Puppets” features all of the hallmarks of traditional Metallica, starting with an acoustic introduction before ramping up into a thrashy and memorable riff. The bass line is one of the best written by the band, and remains current bassist Robert Trujillo’s favourites to play.

From “… and Justice for All”, One remains one of the most well-known Metallica songs to date. But the main draw of One will remain the music video, which was the band’s first expedition into the visual format and is still one of the darkest and most haunting music videos made. One is also notable for being the first song that reached the Top 40, an indicator of future successes for the band.

This song shows that Metallica can actually write deep songs by bringing drama, suspense and complexity to the fore in the 10 minute track. Featuring great drumming by Lars Ulrich and an amazing solo by Kirk Hammett, the track starts off pretty slowly until it crushes you under its intense, fast and brutal end.

Fade to Black represents a mellowing of Metallica’s sound. As their first power ballad, the track still maintains aggressive riffs and a brutal sound, mainly thanks to Kirk Hammett’s guitar work and the lyrics that deal with suicide. While some consider Fade to Black to start the “downfall” of Metallica, the track remains a firm fan favourite.

Taken from 1984’s “Ride the Lightning”, Creeping Death takes its inspiration from the biblical book of Exodus, and features some of the most headbang-worthy riffs and chorus that never fails to have the crowd chanting at the end. Mid-tempo heavy riffs complement the theme of the track and it remains one of the most-played song at Metallica concerts.

Seek and Destroy was part of Metallica’s demo tape and was featured on their first studio album, “Kill ’em All”. The track is the epitome of Metallica’s early sound and is the traditional show-ender for their concerts. The main appeal of the track remains the call and response lyrics of “Searching/Seek and Destroy” which is guaranteed to get any crowd pumped.

Arguably the most iconic and popular Metallica song, every fan knows this track backwards and forwards. The track is carried by the main riff that is memorable but complex enough to be continuously entertaining. The voice-over was done by the producer, Bob Rock’s, son and provides a great counterpoint to Hetfield’s menacing vocals. The track can now be heard pretty much anywhere, from sporting events to TV ads.

2. For Whom the Bell Tolls

Inspired by the novel of the same name, the main draw of the song is the intro, which shows off some deft bass work by Cliff Burton, played through distortion and a wah-wah resulting in a unique sound. Since the track was released as a promotional single, it never hit the charts, which is a pity as the song is definitely a fan favourite.

A behemoth of a track clocking in at over eight and a half minutes, Master of Puppets remains one of Metallica’s best songs and was Cliff Burton’s favourite track. The main riff carries the song through its entire duration, but never feels repetitive or boring, and there’s enough variation to help the track feel a lot shorter than it actually is. Taken from the album of the same name, the track covers themes of drug addiction and is one of the most widely covered Metallica tracks in existence.

Metallica are a band that have had thirty years to develop and evolve their sound, and have given their fans plenty of memorable tracks to pick from. While many fans are disappointed with the band’s new offerings, it can’t be disputed that the band has produced a large body of quality music that has helped shape the metal scene.