Most video game companions don’t get the credit that they deserve. Sure, there are plenty of team-based titles or games which feature a whole ensemble of supporting characters, but when the action gets heavy it’s always up to the main protagonist to sort things out. Of course this makes a certain amount of sense as no player wants to play a game where the computer AI does all the hard work for them, so this inevitably means that some of the most interesting and well-rounded characters have to spend more than their fair share of time watching from the side lines. However, there are a few video games which manage to give some of their companions the time in the limelight that they deserve. 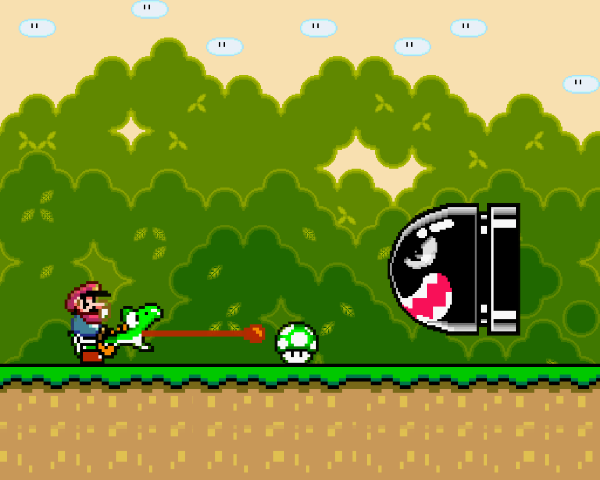 Forget Luigi, Mario’s trustiest companion is his little green dinosaur. Introduced in Super Mario World in 1990 and becoming a mainstay of the Mario series ever since, Yoshi genuinely managed to innovate the gameplay of the series. The different abilities of the rideable steed made Yoshi a versatile and surprisingly powerful ally who could eat koopas, breathe fire and even fly. The first time a player jumped on Yoshi’s back they knew that he was much more than a cutesy animal companion. 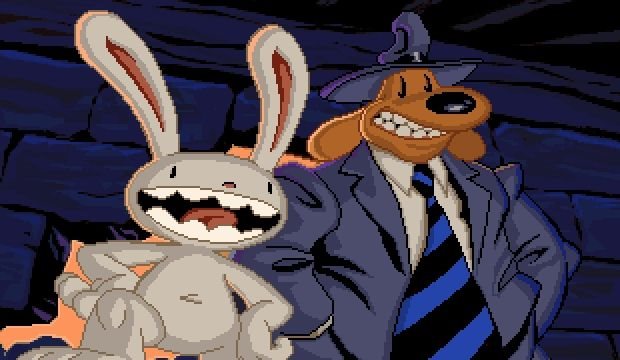 There’s countless examples of video game companions who are used for comic relief, but none are as crazy and off-the-wall as Max. Best described as a psychopathic, manic three-foot rabbit, Max is the ‘mad cop’ in the freelance police duo. He’s the complete opposite of the calm and collected Sam, but his unique qualities make him an indispensable partner. Whether he’s volunteering to be dunked in a swamp of alligators or being used as pair of wire cutters on a live electrical current (don’t worry, he enjoys it), Max is a handy guy to have around in a point-and-click adventure game as he’s pretty much willing to do anything to solve a case.

There’s something much more tolerable about navigating the nuclear wasteland when you have a dog beside you. Appearing in the first three Fallout games, Dogmeat is a surprisingly tough companion (in fact, he’s dangerously close to being overpowered in Fallout 2) who will happily rush head first into battle against enemies. Although he’s not as versatile or useful as some other companions in the series, even players who love doing morally reprehensible things will find it hard to get rid of this trusty canine sidekick. 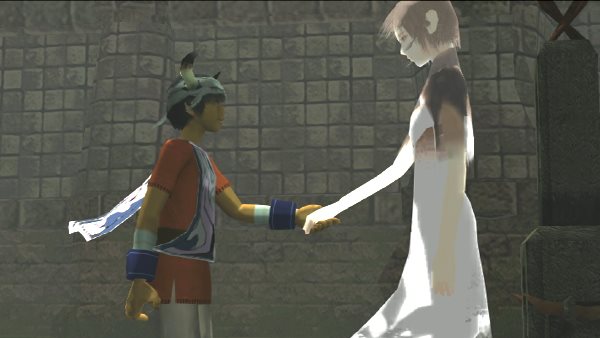 Most video games which feature a character who needs protecting more or less force the player to accept the fact that they have to constantly look out for this bothersome NPC or else they’ll fail the game. Sure, these characters can be fully rounded and interesting enough so that the player genuinely wants to protect them, but the player generally has an obligation to save their companion because it’s an unavoidable part of the game. This dreaded escort gameplay is turned on its head in Ico. In the cult adventure game for the PS2, players take control of a young boy called Ico and navigate through a deserted castle as they attempt to save a young girl Yorda from mysterious shadow creatures. Even though player’s literally have to take hold of Yorda’s hand to move her from section to section, the isolated feel of the game (Ico has few in-game mechanics and very simple controls) and the young age of the two characters creates an undeniable attachment between the two. Yorda can’t fend for herself and is scatterbrained in her movement at times, but Ico succeeds in genuinely making players want to fend for this companion. 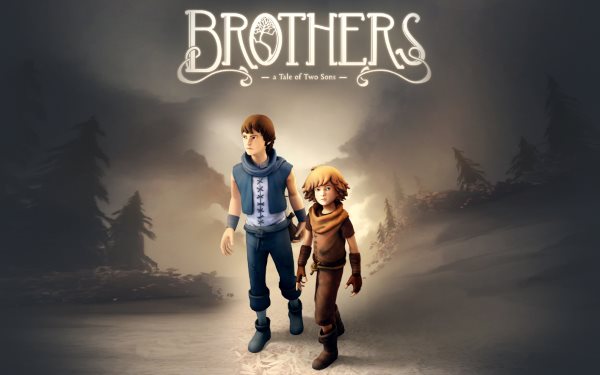 Ideally, the companion dynamic should be mutually beneficial. Although there are many useful companions, most games still rest on the shoulders of the player to progress. Brothers: A Tale of Two Sons is a truly unique game as it is essentially a single-player co-op adventure. Each brother is controlled by a thumbstick and trigger on the controller, and players have to control both brothers at the same time by complete puzzles and advance through the game. The older brother, Naiee, is stronger and can do more physical feats while the young brother, Naia, is shorter and can access small areas. The controls are challenging at first but they soon become second nature and the game offers a much more immersive experience than it would be if the player was constantly switching between the two characters and controlling them one at a time. Although it’s a very short game, Brothers is a truly memorable game and its innovative approach to the companion dynamic (as well as it’s striking visuals and unforgettable story) has to be experienced.

The bizarre world of Borderlands features many memorable characters, but none are as hilarious and eccentric as the Claptraps. The Claptrap units are small low-tech robots which whizz around on a wheel and are usually flailing their arms manically. Speaking in a high-pitched, manic voice which never shuts up, the Claptraps are littered around the world of Pandora and they occasionally hand-out missions, helpful advice or rewards. They are definitely annoying smart alecks with high opinions of themselves (they refer to most people as their ‘minions’), but Borderlands simply wouldn’t be the same without them.

4. Tripitaka – Enslaved: Odyssey to the West 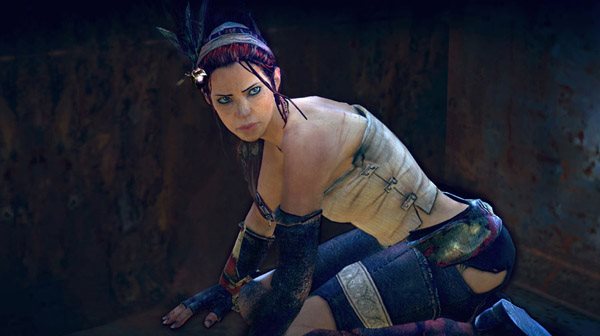 Sometimes all it takes to make a memorable companion is some good old-fashioned writing and character development. On paper, Tripitaka, or ‘Trip’, from the underrated Enslaved: Odyssey to the West sounds like she could be another ‘dead weight’ type companion. Forcing the protagonist Monkey into escorting her to her village by equipping him with a ‘slave headband’, Trip seems like another cumbersome AI partner. However, not only does Trip offer brains to Monkey’s brawn (she can hack and unlock doors and technology), the interaction between the two characters is always engaging and fun to watch. The unlikely but believable friendship which blossoms between the two characters helps Enslaved’s story become all the more engrossing and immersive.

One of the most critically acclaimed video games in recent memory, survival horror The Last of Us was praised in particular for its stellar writing and voice acting. The apocalyptic game focuses on the relationship between protagonist Joel, a disillusioned man who lost his family to a virus which turns its victims into zombie-like creatures, and Ellie, a young teenage girl in his protection. The Last of Us is a mature game which is at times emotionally devastating and shocking, but it is made all the more poignant thanks to the relationship between these two characters. With the gameplay, developer Naughty Dog knew that they couldn’t make Ellie a burden and that she had to be a companion who was capable and reliable. Although they admittedly take some liberties with the way enemy AI react to Ellie (a decision which is definitely for the better), Ellie proves to be a useful and helpful combat buddy while still maintaining the innocence and fragility of a character her age.

Described as “the dumbest moron who ever lived”, Wheatley is one of GLaDOS’ personality cores and was deliberately created as an ‘Intelligence Dampening Sphere’ to limit the thought process and power of the sentient AI antagonist from the Portal series. Reactivated following the events of the first game, Wheatley serves as a helpful companion to Chell as he tries to help her escape yet again from GLaDOS’ clutches when she finds herself back in Aperture Science. Voiced by British comedian Stephen Merchant, the fast-talking and somewhat bumbling Wheatley proves to be an invaluable sidekick who adds character to the dilapidated, decaying Aperture Labs.

The damsel in distress is a trope which is used far too often in video games as many writers and developers struggle to successfully create well-defined female characters. Many fans of the BioShock series worried that the third entry would essentially turn into one long escort mission when they learned that they would be accompanied by an AI sidekick throughout the game. It’s therefore refreshing to see that Elizabeth not only has an essential role in the narrative of the game, but that she is also an excellent person to have around when bullets start flying. Throughout the game Elizabeth constantly scouts around and looks for supplies as well as pick locks, but in combat she also has the ability to create ‘tears’ in space-time through which she can ‘summon’ and pull through the likes of rocket turrets and skyhooks by the player’s request. The relationship and interplay between protagonist Booker and Elizabeth also invokes a unique emotional response which isn’t present in the other BioShock games, and BioShock Infinite is all the better for it.

Top 10 Most Depressing Visions of the Future in Video Games