What makes a great comic book villain? Judging a villain by their power or intellect is tricky because there is always inevitably at least a handful of superheroes who have demonstrated time and time again that they are stronger and much smarter than even the most formidable of opponents. However, villains are capable of being much more than mere antagonists. Over the years, Marvel has created countless supervillains who are nuanced, complex and, at times, relatable. 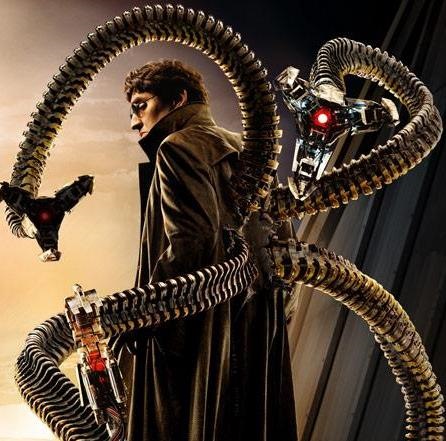 Spider-Man has one of the best rosters of villains in comic books, but few of his foes have proved to be as dangerous or as enduring as Dr Otto Octavius, aka Dr Octopus. Octavius is a genius mad scientist who has spent his life trying to prove that he is basically much smarter than anyone else, but he is as equally as determined in finally destroying Spider-Man once and for all. Armed with four powerful mechanical arms strapped to his back (which he later upgraded to a full exoskeleton suit when it was revealed he was dying from years of fighting), he has proven himself to be a formidable opponent in fights against the likes of Iron Man, Daredevil and even Captain America. However, Dr Octopus deserves special credit for one big reason: he actually managed to beat Spider-Man. In the recent Superior Spiderman run, a dying Octavius successfully switched his consciousness into Peter Parker’s body and he took over the mantle of Spider-Man. Although this change imbued Dr Octopus with newfound responsibility and respect for the Spider-Man, his own unique sense of justice definitely portrayed his supervillain roots. 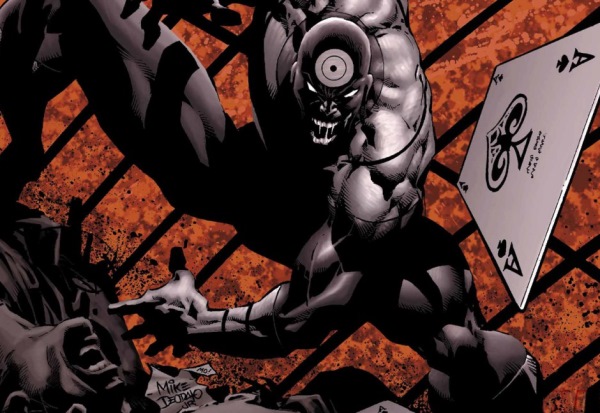 Forget superpowers, some villains just need an extremely evil streak to prove themselves as a force to be reckoned with. One of the most psychopathic and remorseless villains in Marvel Comics is Bullseye, Daredevil’s nemesis. Bullseye has a talent for accuracy and he is able to use almost any object as a deadly weapon. Bullseye has turned playing cards, paper clips, toothpicks and even paper airplanes into lethal projectiles. One of the deadliest assassins in comics, Bullseye is a sadist with undeniable skill. 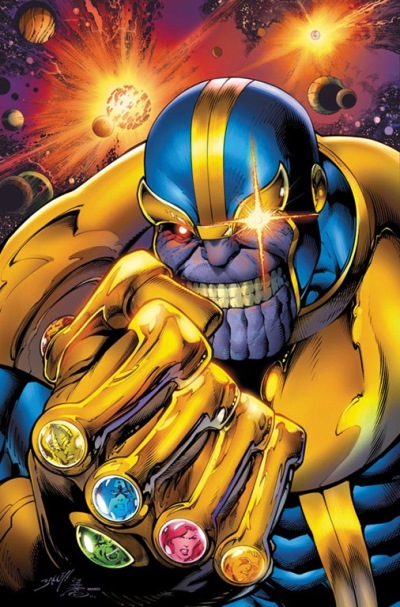 Many villains have threatened to destroy a city or even the entire planet, but few have set their sights on the entire galaxy. Thanos is a powerful cosmic-based Marvel villain whose literal obsession with death (he is in love with Mistress Death, the embodiment of mortality) has led him on a quest to conquer all life in the universe. Thanos has bested the mightiest superheroes and even became god-like thanks to his possession of some of the most powerful artefacts in the entire Marvel Universe, namely the Cosmic Cube and the Infinity Gauntlet. 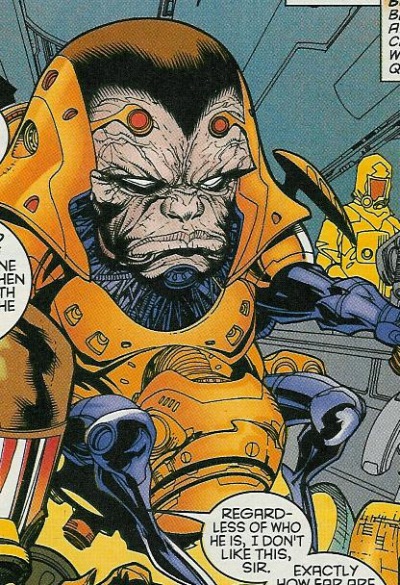 Some villains are created just to antagonise. MODOK (Mechanised Organism Designed Only for Killing) is one of the weirdest looking comic book characters ever. A giant squished head which floats around in a flying exoskeleton, MODOK is a living computer with psionic abilities. The original MODOK was an AIM scientist who was inadvertently transformed into this villainous abomination, but AIM has also recreated other variations of the villain to assemble deadly MODOK squads. A frequent enemy of Captain America and SHIELD, MODOK is a grotesque, relentless pest. 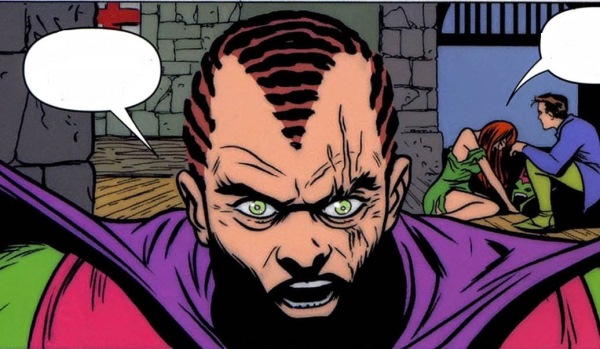 Norman Osborn has wreaked more havoc on the Marvel Universe than almost any other villain. Not only has he constantly tormented Spider-Man as the Green Goblin for years and been responsible for some of the most destructive moments in the hero’s life (the death of Gwen Stacy, orchestrating the clone saga, ‘killing’ Aunt May), he has also used his power and position as a wealthy businessman to cause huge damage on the rest of the world. In the aftermath of the Secret Invasion, Osborne was able to seize SHIELD under his personal control and turn it into HAMMER; an oppressive military organisation he used to wreak havoc on superheroes which culminated in an unsuccessful siege on Asgard. With or without the Green Goblin persona, Norman Osborne is a truly powerful and determined villain who will use anything at his disposal for his own needs. 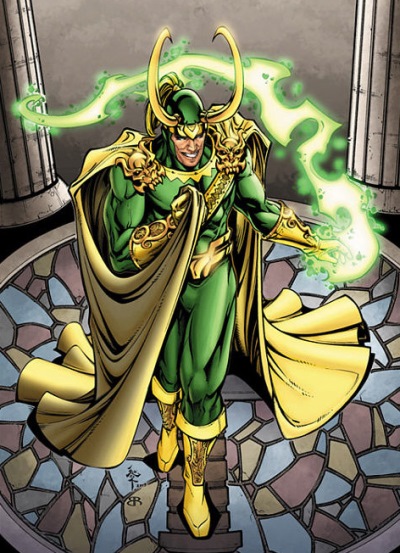 For proof of Loki’s strengths as a villain you only need to look at his use in the Marvel movies. Of course, Tom Hiddleston’s gleeful performance goes a long way, but the trickster God very nearly threatens to steal the show in every scene he’s in and it’s easy to see why. Loki is an interesting, conflicted character whose arc isn’t just defined by an irrational hatred of a superhero or some sort of life-changing event which turned him evil. Of course, his strained relationship with his half-brother Thor is often a huge motivator, but the God of Mischief is so manipulative and devious that it’s often difficult to see exactly what it is he’s up to until it is too late. 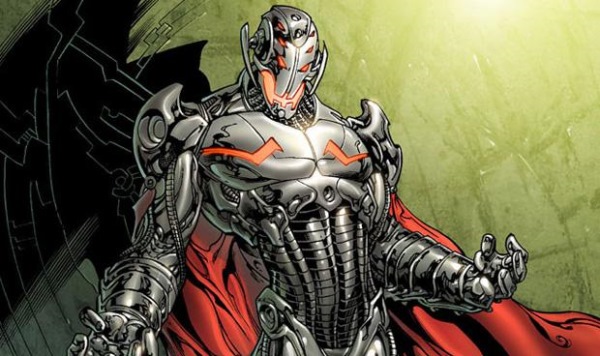 Ultron is the ultimate science creation gone wrong. Developed by Hank Pym (Ant-Man) when he dabbled in experiments with artificial intelligence, Ultron achieved sentience and developed a complete hatred of his creator and all of humanity. Seemingly invincible (Ultron has the ability to control other machines and transplant his consciousness into them) and completely without remorse or reason, Ultron has been a constant threat to the Avengers and is by far one of their deadliest foes. 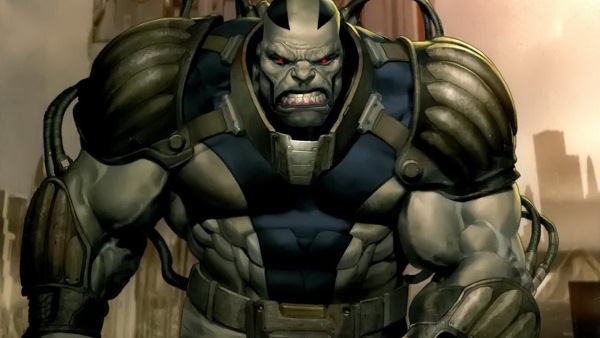 The X-Men series and all its spin-offs has such a huge roster of characters that it’s easy to pick out a handful of villains who have threatened the very existence of humanity at one point or another. However, very few pose a threat to Apocalypse. One of the very first mutants who ever lived, Apocalypse is very similar to Magneto in that he believes in the survival of the fittest. However, he is not adverse to holding mutant kind up to this standard. Apocalypse is obsessed with the notion that mutants are destined to rule the earth and that he must act as their leader, and he is more than willing to carry out worldwide genocide to achieve this goal (he did manage to achieve this during the Age of Apocalypse storyline, but the timeline was ultimately erased). 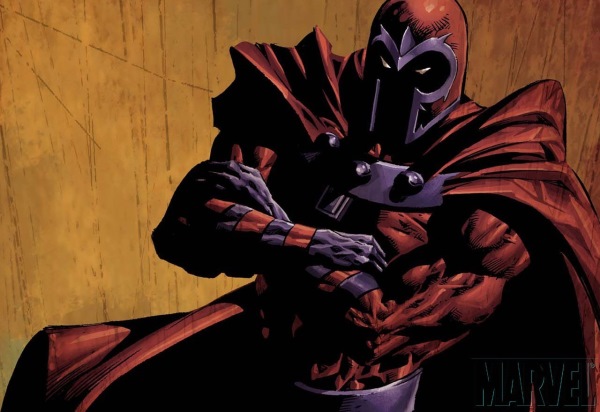 Many supervillains are created to represent the extreme opposite of a hero’s actions, beliefs and philosophy. This relationship is perfectly illustrated with Professor Xavier and Magneto. While Xavier has always pursued a peaceful coexistence between humankind and mutants, Magneto wants mutants to be in complete control. However, unlike the somewhat black-and-white megalomania of Apocalypse, Magneto is a complex and very complicated character. Born to Jewish parents and a survivor of Nazi concentration camps, Magneto knows the evil that lurks within humankind and he knows the extremes that some are willing to go to in order to achieve self-preservation. Magneto can easily be seen as a protector of mutants rather than an outright villain. Of course, Magneto’s methods have proven time and time that they will only ever lead to a constant cycle of violence, but at his his heart he can easily be seen in the same light as some civil rights activists and revolutionaries (Grant Morrison’s take on the character turned Magnetno into a Ché Guevara style figure with mutants wearing “Magneto was right” t-shirts in support). 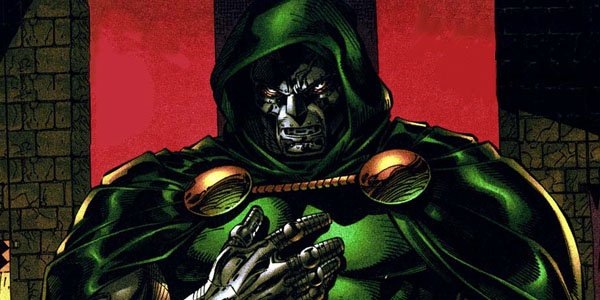 Is there a Marvel villain more villainous than Dr Doom? His very name just oozes supervillainy and his appearance – a permanently scowling metallic mask, armoured suit and swirling green cloak – is iconic and unforgettable. In fact, Dr Doom is one of the few comic book characters who hasn’t received a drastic makeover since his creation, which suggests that everyone knew that Jack Kirby (co-creator and original artist of Doom) had got it right first time. He even has his very own country, Latveria, which he rules with an iron fist. With an unparalleled genius intellect (he is said to be the most intelligent character in the entire Marvel Universe – only Reed Richards can challenge his mind) and a complete mastery in magic and the mystical arts, Dr Doom’s powers should not be underestimated. Of course, his accomplishments and desire to be the very best at everything means that Dr Doom’s weaknesses are his arrogance and self-pride, but these are things which just push him further and further. Dr Doom is an important character in the history of comic books because he set the template for all other villains. He was the first villain to start appearing across other Marvel titles and he has clashed with almost every notable superhero over the years. As the first superhero team created by Marvel, Fantastic Four are widely considered to be the royal family of comic books, but they couldn’t have got there without the help of Dr Doom.

Top 10 Scariest Horror Comics ever made