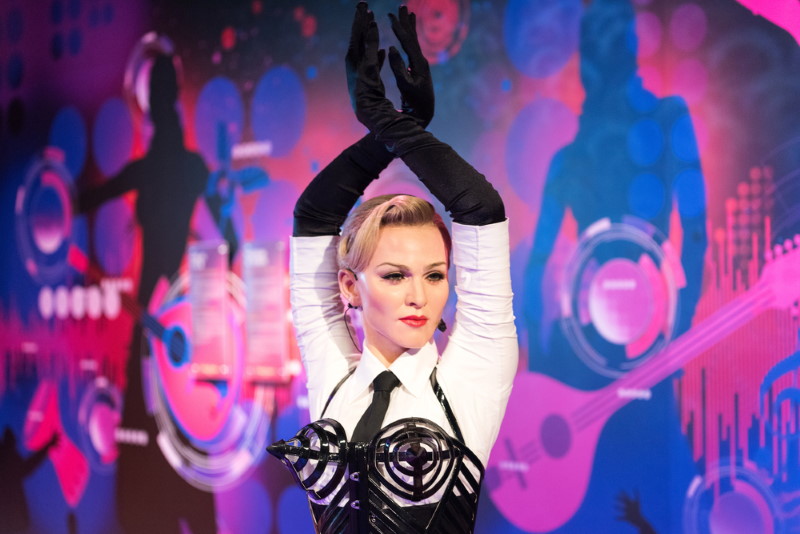 Madonna is often called the Queen of Pop but the Queen of Reinvention may be a more suitable title. Her ability to change her appearance and her musical style has enabled Madonna to sustain her position at the top of the music profession for the last 30 years. Madonna remains one of the most successful female singers of all time.

Madonna’s first hit single has proved to be one of her most enduring. She has said that Holiday is one of her personal favourites and she continues to perform it in concert. It is a cheerful and lively pop song with lyrics that everyone can relate to and it remains the perfect celebratory summer holiday song.

Madonna has never shied away from controversial subjects and Papa Don’t Preach is the perfect example of this as it deals with a young girl having to tell her father she is pregnant and intends to keep the baby. The strong dance beat made this a commercial success and it was also memorable for Madonna’s major image change. The long dark blonde hair, heavy jewellery and make up had gone to be replaced for the first time by the platinum blonde style that Madonna has periodically returned to throughout her career.

Taken from the soundtrack of Successfully Seeking Susan, this would rank high on most lists of 80s pop songs. The infectious and bouncy beat coupled with Madonna’s sassy performance made this a huge hit that was guaranteed to fill dancefloors.

This is probably the most controversial song ever released by Madonna. The lyrics contain strong sexual references and it was accompanied by an explicit video. The controversy surrounding the song has overshadowed its quality. Madonna speaks or whispers the lyrics over the Lenny Kravritz track. This change in style won Madonna a lot of praise from contemporary music critics.

In the later part of her career Madonna has collaborated with many modern artists and this track with Justin Timberlake and Timbeland is probably one of the best. The lyrics deal with saving the planet while enjoying yourself and they are sung over an up-tempo dance beat characteristic of many Timbeland tracks. The song also uses a unique mix of instruments including cow bells and foghorns.

The release of Frozen marked a major change in the musical style of Madonna. Taken as the first single from the Ray of Light album, this was Madonna’s first collaboration with producer William Orbit and his electronic influence can be seen in the layered sound of the song. This shift away from pop tunes towards a mature fusion of different influences was another major musical shift for Madonna and one which won her much critical acclaim.

This release in 2000 saw Madonna return to creating club music. The track is notable for displaying Madonna’s range as she sings in several different vocal genres including some where her voice is electronically altered. This is one of the catchiest songs ever released by Madonna and Rolling Stone magazine stated that it showed that Madonna could compete with any of the new pop starlets challenging her.

Madonna has never been afraid to express herself either through music or personally and the lyrics of this song could be said to sum up her attitude. This is a track that has inspired other artists such as lady Gaga who borrowed heavily from it to record Born This Way. The strong lyrics have made this a female anthem covered by many artists including the cast of Glee.

Vogue has become an iconic Madonna track with its fusion of deep house and disco. It celebrates the Vogueing dance that had become popular in New York and which became mainstream after the success of the song. Vogue is another example of Madonna’s ability to pick up on new fashions and trends and use her musical ability spread them worldwide. It was also influential in helping to bring house music into popular culture.

Madonna has often used her catholic upbringing as an influence in her music and Like A Prayer is probably the best example of this, particularly in the video which accompanied the song. The lyrics use religious phrases in other contexts and the gospel choir which join Madonna as the song rises to its climax add to the religious feel. The mixture of funk and gospel make this a compelling dance track and probably Madonna’s finest.

Check out many more top 10 songs of your favorite artists here.