Measuring the length of a river is not completely straightforward. Often the source is a tiny spring which may be dry for part of the year, or a swamp through which no discernible watercourse can be traced. Long rivers generally have a number of tributaries, and some of them may make for a greater total length than the branch which keeps the main river’s name. As the river approaches the sea extra difficulties arise. When the estuary is many miles wide, where exactly does the river end and the sea begin? The world’s longest rivers have been argued over for these and other reasons, but here are the accepted top ten, starting from the shortest.

Rising in Manchuria, this river system forms the border between China and Russia for much of its length, and it has a Chinese name, Heilong Jiang, meaning ‘Black Dragon’. It flows generally southwards, driven by snow melt from the Manchurian uplands, until its confluence with the Huma River, after which its direction is mostly eastwards. It ends in the Sea of Okhotsk. The river flows mostly through remote regions, inhabited by people who, until comparatively recently, lived by fishing and had little contact with the rest of the world.

The world’s ninth river by length is also the second largest by volume of water discharged; it has been estimated that, if its power were harnessed for hydroelectric generation, it could meet the entire electricity needs of sub-Saharan Africa. The river and its multiple tributaries drain the Congo basin, a huge area of rainforest, before flowing into the Atlantic Ocean at Muanda. The river is mostly navigable and is an important trade route for many of the otherwise land-locked countries on its banks.

The watershed of this river system includes much of South America to the south of the Amazon basin. It flows through Argentina, Brazil, and Paraguay, and is economically important for transport, fishing, and hydroelectric power. Rising in southern Brazil, its course is generally southward before it splits into a delta region as it reaches the Atlantic Ocean. It forms Paraguay’s border with Brazil, and then with Argentina; Paraguay has become an exporter of hydroelectric power as a result of two major dam projects on the river.

The famous Iguazu River Waterfalls are part of this river.

The Ob is a Siberian river, which is the seventh longest in the world if its Chinese tributary, the Irtysh, is included. The Irtysh rises in the Mongolian mountains in Xinjiang, China, and flows north west through Kazakhstan before joining the Ob, which eventually reaches the Arctic Ocean at the Gulf of Ob. On the Kazakhstan section, the world’s deepest lock allows shipping to bypass a hydroelectric dam at Ust-Kamenogorsk. Both the Ob and the Irtysh play an important role in irrigating dry regions, and are also used as shipping routes during the summer months, when they are not frozen over.

The Yellow River flows mainly eastward, from the Bayan Har mountains to the Bohai Sea, and passes through China for its entire length. It has been called ‘the cradle of Chinese civilisation’ because of its important role in China’s early history, but its tendency to sedimentation, resulting in natural dams and subsequent breaches, has caused some of China’s worst natural disasters, including a flood in 1931 that killed several million people. Flooding has led to many changes in the river’s course across the Chinese plains, but it is now mainly controlled by levees, which, as a result of silting, carry the river up to thirty feet above the level of the surrounding land.

This river system drains much of Siberia northwards into the icy Kara Sea. Population is sparse in most of the areas through which the rivers pass, but there are several major hydroelectric dams in the central section of the Yenisei, around which heavy industry has developed. The system also includes Lake Baikal, the world’s most voluminous freshwater lake, which is estimated to be over 5,000 feet deep, and to contain twenty per cent of the world’s fresh water. It is home to over a thousand unique species of plants and animals, and is a UNESCO World Heritage Site.

Flowing entirely within the United States of America, this river system drains nearly half of the country’s land area, and is essential to its economy. It begins in Montana with the Red Rocks River, which becomes the Jefferson and then the Missouri, before combining with the Mississippi and Illinois rivers near St. Louis. The Ohio and Arkansas rivers are the largest additional tributaries before the system splits again at its delta, after which it empties into the Gulf of Mexico. Prior to the arrival of European settlers the river was used extensively by Native Americans, and after colonisation it quickly became a route for exploration and then trade and settlement. It still carries many tons of freight, mainly agricultural and manufactured goods. The Mississippi floods of 1993 destroyed 22,000 homes and caused over 20 billion dollars worth of damage.

China’s longest river flows from west to east, starting with the run-off from Tibetan glaciers and finally emptying into the East China Sea at Shanghai. The river plays a major role in transportation, carrying passengers, coal, and manufactured goods. In 2003, the Three Gorges Dam was finished, radically changing the geography and ecology of a large part of the river and its surrounding area. The controversial dam, which caused the submerging of many towns and villages, serves three main purposes; flood control, irrigation, and hydroelectric power generation.

Taken with its tributaries, including the Maranon, Ucayali, and several hundred other rivers, the Amazon drains about 40 per cent of the South American continent. Its longest tributaries rise in Peru, in the Andes mountains. The Amazon carries by far the largest volume of water of any river in the world; its colour and salinity can be detected spreading over 200 miles into the Atlantic Ocean at its mouth. Large river steamers can travel upstream as far as Manaus, over 900 miles inland. The Amazon basin, with its huge rainforest, is home to more than a third of all known species of animal.

The longest river in the world flows north through eleven African countries before joining the Mediterranean Sea beyond the delta in Egypt. Its exact length is uncertain, as not all its upper tributaries are known, but its longest route probably begins with a tributary of the Kagera river, which flows into Lake Victoria. The Nile has been central to the civilisation of Egypt since the earliest times. and its annual floods, carrying fertile silt downstream, were the foundation of agriculture in the Nile delta. In 1970, the Aswan Dam disrupted the flood cycle, and in recent years, the possibility of further dams upstream has caused political disputes between the many communities which are dependent on the river. 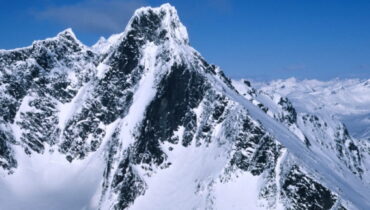 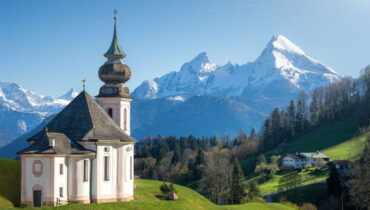 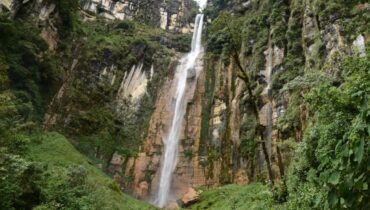 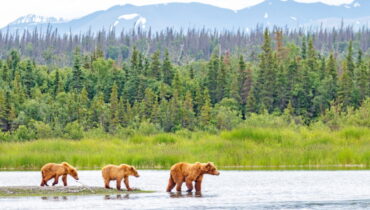 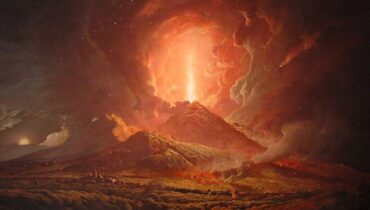