Modern-day submarines are a fine example of ultra-modern technology. However, this is preceded by a history of about 160 years. Already during the American Civil War (1861-1865), primitive predecessors of submarines were used in combat. The development of submarines gained momentum thanks to the Irish inventor John Philip Holland, who in 1897 developed a submarine with a petrol engine, electric motor and batteries. A limited number of military submarines were already deployed in the First World War, but especially in the Second World War the German U-boats posed a serious threat to warships and Allied supply ships. Today, the US and Russian armies own the largest submarines. To determine the size of a submarine, the water displacement under water (submerged displacement) is considered, expressed in tons, where one ton equals a volume of one cubic meter of displaced water. Below the top 10 list of largest submarines in the world. 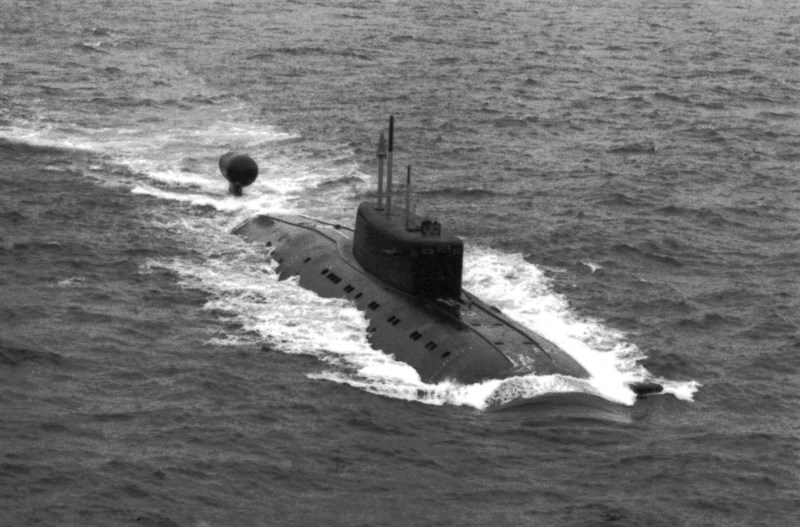 As early as 1972, the then Soviet Union started developing Sierra class submarines. The most modern version of this class, the Sierra II, has been in use by the Russian Navy since 1990. Submarines of this type are 111 meters long with a beam of 14.2 meters. The hull of the submarine is made of light and strong titanium. A nuclear reactor provides the energy for the submarine’s propulsion. The nuclear reactor generates steam, which is used to drive turbines that move the submarine’s propellers. Submarines of the Sierra II class can reach a speed of 32 knots underwater (32 nautical miles per hour, converted 59.3 kilometers per hour). The armament includes eight torpedo tubes for firing torpedoes with a caliber of 530 or 650 millimeters. The displacement of the submarine is 10400 tons. 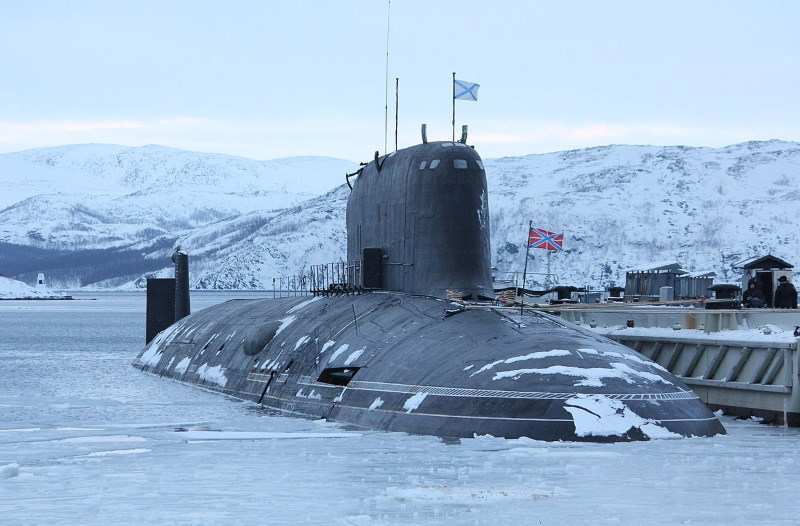 The Yasen or Graney class submarines were introduced to the Russian Navy not so long ago. The design of this type of submarine started in 1993. At the end of 2013, the first submarine of this class, the Severodvinsk, was put into use. The submarines of this class are 139 meters long and fifteen meters wide, with a displacement of 13800 tons. For the hull, the Russian designers used low-magnetic steel, so that the submarine is less easy to detect. A nuclear reactor powers the submarine, enabling it to reach a speed of 35 knots underwater. The armament consists of torpedoes, various types of missiles and mines.

The submarines of the Russian Akula class also have a displacement of 13,800 tons. These submarines appeared in the former Soviet Union in 1984. They are 110 meters long and 13.6 meters wide. Incidentally, the name “Akula” is a Western name; the Russians call this family of submarines “Shchuka-B”. Ten submarines of this type are still in use. Nine of them serve in the Russian navy, one of them belongs to the Indian navy. The energy is supplied by a nuclear reactor with a capacity of 190 megawatts. The submarine is designed with a double hull. Under water the Akula can reach a speed of max. 35 knots; at the surface, this maximum speed drops to ten knots. The Akula can store twelve cruise missiles on board that are launched from the submarine. The other armament includes torpedoes that are fired from eight torpedo tubes. 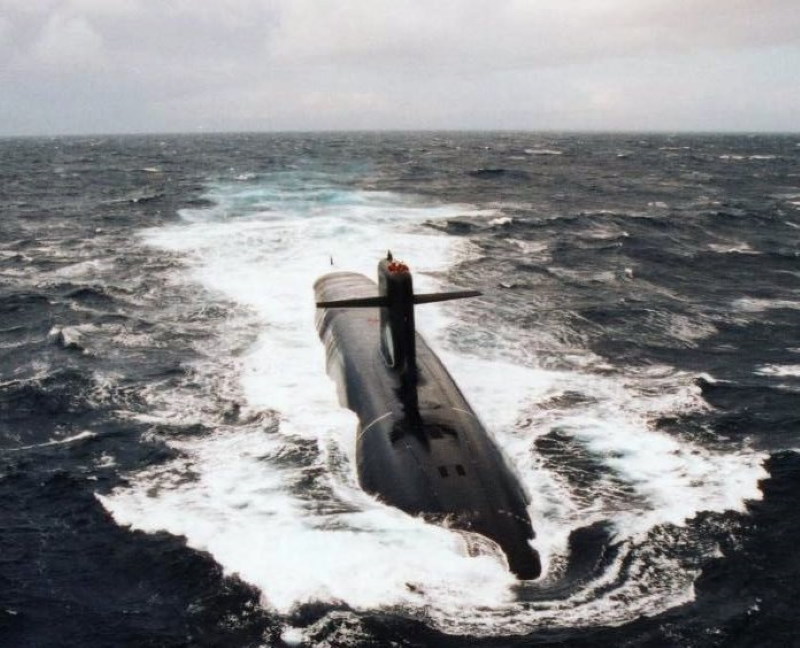 The Le Triomphant class is French-made. There are four submarines of this type. The oldest of these was delivered to the French Navy in 1997. Le Triomphant types have a submarine displacement of 14,335 tons. The vessels are 138 meters long with a width of 12.5 meters. A 150 megawatt nuclear reactor is the energy supplier for the submarine. The hull is covered with acoustic tiles that absorb sonar waves. This makes the submarine less discoverable for enemy vessels. The armament consists of sixteen ballistic (nuclear) missiles and four torpedo tubes for 533 mm torpedoes. The submarine reaches a speed of 25 knots underwater. One of the four submarines collided with a British submarine at very low speed in 2009, fortunately without casualties and without major damage. 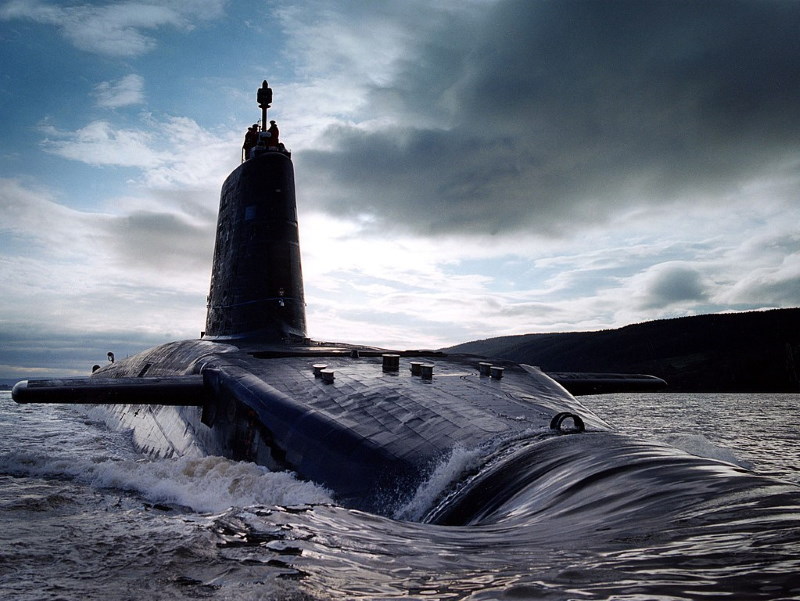 Even bigger are the British Vanguard-class submarines. The displacement of a Vanguard amounts to 15,900 tons. The series consists of four vessels owned by the British Royal Navy. The first Vanguard entered service in 1993. The boats were built entirely in the UK by Vickers Shipbuilding and Engineering. Home of the Vanguard range is HM Naval Base Clyde, 40 kilometers west of Glasgow in Scotland. Vanguard submarines are 149.9 meters long and 12.8 meters wide, with a draft of 12 meters. A nuclear reactor made by Rolls Royce powers two steam turbines. This allows the submarine to circumnavigate the globe at least 40 times without being refueled. Under water, a Vanguard submarine can reach a speed of 25 knots. The craft is equipped with 16 launch cells capable of containing Trident II nuclear missiles, of which eight are normally occupied. A Vanguard also has four 533 mm torpedo tubes. 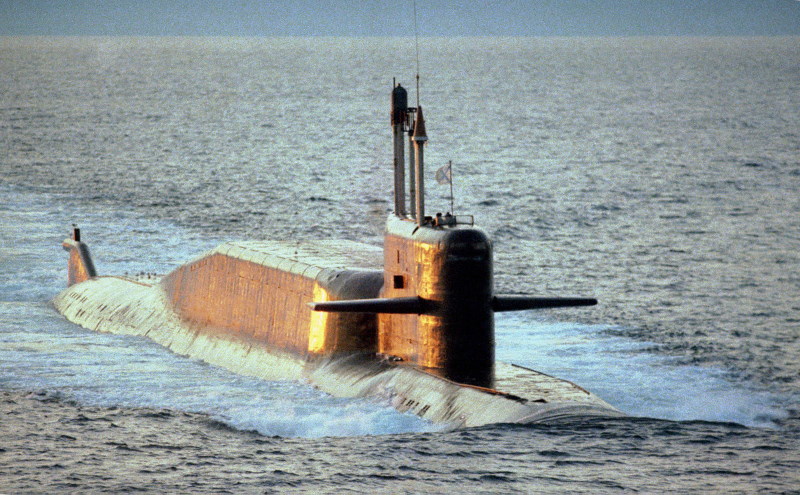 The Russian submarine class Delta comprises four subclasses: Delta I through Delta IV. Delta IV is the largest vessel with a displacement of 18200 tons. The very first Delta I was put into service by the Navy of the Soviet Union in 1976. The Delta I and Delta II submarines are no longer in service today. According to recent figures, the Russian Navy still owns as many as five Delta III submarines and six Delta IV submarines. The Delta IV is 167 meters long with a beam of twelve meters and a draft of almost nine meters. The vessel reaches a speed of 24 knots under water. Two nuclear reactors form the submarine’s power plant. The Delta IV is capable of firing 16 nuclear missiles. Furthermore, the armament consists of anti-ship missiles and torpedoes. 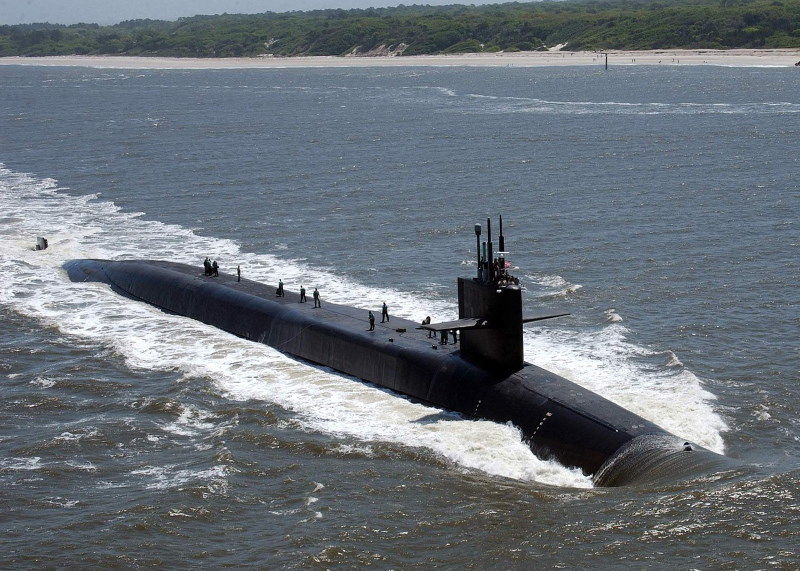 The largest submarines in the United States belong to the Ohio class. The displacement of Ohio submarines is 18750 tons. A total of eighteen were built, all of which are still on active service with the US Navy. The first submarine of this class, in service from 1981, was the USS Ohio. Nearly all Ohio submarines bear the name of a US state, with the exception of the USS Henry M. Jackson. The vessels are 170 meters long and thirteen meters wide. They officially reach a speed of 20 knots underwater, although speeds of 25 knots have also been reported in practice. A nuclear reactor provides the energy for the submarine. An Ohio submarine can carry 24 Trident nuclear missiles and contains 24 launch tubes for 533 mm torpedoes. 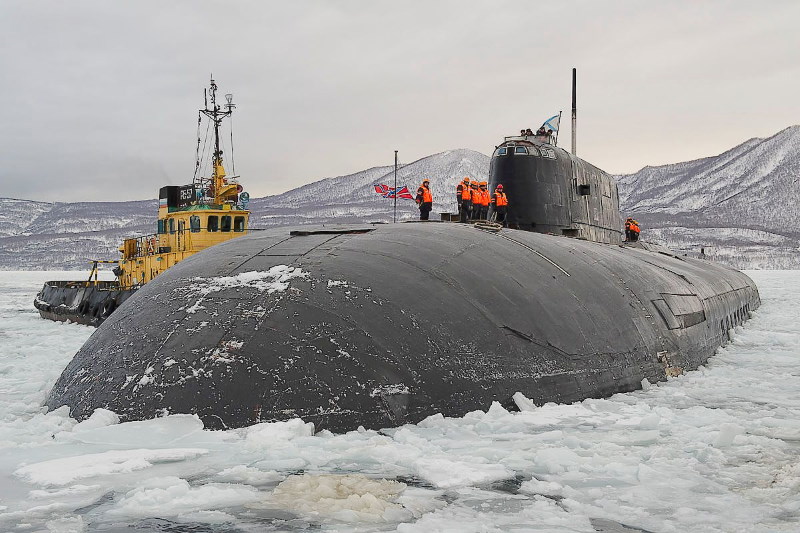 The most famous Russian Oscar II class submarine is undoubtedly the Kursk. This submarine made world headlines in the year 2000 when an explosion occurred on board that immediately sank the submarine. All crew members were killed. The largest variant of the Oscar II submarines shows a displacement of 19,400 tons. Characteristic of this type of submarine is the great speed at which they move under water: their speed can reach 32 knots! Oscar II submarines carry 24 cruise missiles and have eight torpedo tubes, which can be used for various torpedo calibres. The energy is supplied by two nuclear reactors with a capacity of 190 megawatts.

Borei class submarines are the second largest submarines in the world. They have a submarine displacement of 24,000 tons. Construction of the first Borei began in 1996. Six Borei submarines are now in active service. More Boreis are planned or under construction. They are 170 meters long, 13 meters wide and reach a maximum submarine speed of 33 knots. A nuclear reactor is responsible for the energy supply. Armament includes 16 Bulava nuclear missiles and six torpedo tubes for 533 mm torpedoes. 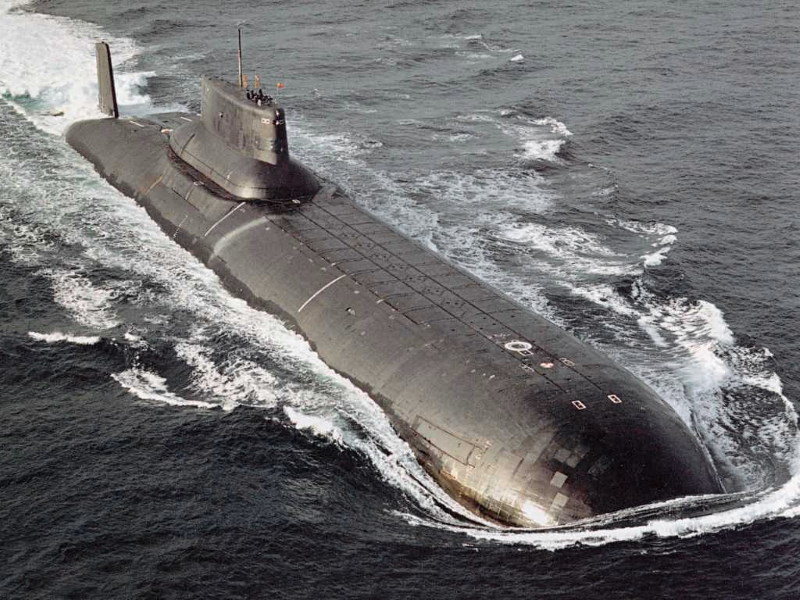 The title of largest submarine family goes by far to the Russian Typhoon class. With a submarine displacement of 48,000 tons, this class of submarines can rightly be called “gigantic”. These submarine whoppers are 175 meters long, 23 meters wide and have a draft of twelve meters. Despite the large dimensions, the Typhoons still reach an undersea speed of 27 knots. Two 90 megawatt nuclear reactors are to provide the submarines with the necessary energy. 163 crew members can be on board. Under normal circumstances, a Typhoon can stay underwater for up to 180 days. The first Typhoon was put into service in 1981. Six examples were built, one of which is still in service with the Russian Navy. The intention is that the Borei submarines will gradually replace the Typhoons. The armament of a Typhoon includes twenty nuclear missiles and six torpedo tubes for 533 mm torpedoes.