The 21st FIFA World Cup will take place in Russia between June 14th and July 15th of 2018. This is set to be one of the biggest sporting events of the year in Europe and will feature 32 national teams with twelve different stadiums taking part. Let’s take a closer look at the ten largest stadiums that will play host to the FIFA World Cup.

This impressive stadium can be found in the city of Mordovia and was completed in 2017. Mordovia Arena has the capacity to hold up to 44,442 spectators and was designed by German architect Tim Hupe especially to host the FIFA World Cup.

While ground was broken on the site back in 2015, the Nizhny Novgorod Stadium is still currently under construction. When the project is finally complete the stadium will measure a mighty 127,500 square metres and have the capacity to seat 44,899 spectators.

As many as 44,918 spectators will be able to take a seat to watch a match at the Cosmos Arena, which is due to be renamed the Samara Arena during the FIFA World Cup and was completed at an a cost of $320 million.

Still currently under construction, this stylish arena can be found in Rostoc-on-Don and can seat up to 45,000 spectators who will gather to watch long anticipated matches such as Brazil vs. Switzerland and Uruguay vs. Saudi Arabia.

Due to be renamed the Spartak Stadium in honour of the FIFA World Cup, this stadium can be found in the Tushino district of Moscow. The stadium was originally opened in 2014 and can hold up to 45,360 spectators.

The 45,379 capacity of this grass pitch arena in Tatarstan state of Russia means that a large number of fans will be able to gather to watch France go head to head with Australia, while this will also serve as the setting of the Iran vs. Spain match on June 20th.

Serving as the home base of FC Rotor Volgograd this recently completed stadium can seat up to 45,568 spectators and the stadium will first host the Tunisia vs. England match on June 18th followed by Nigeria vs. Iceland on June 22nd.

Originally constructed to play host to the 2014 Winter Olympics, this is a prestigious open-air arena that can seat up to 47,659 spectators and boasts a wide range of modern amenities.

Also known as the Saint-Petersburg Stadium, this recently completed stadium can comfortably seat 68,134 and stands on the site of the formerly celebrated Kirov Stadium. The stadium cost $1 billion and boasts a grass pitch.

With its colossal capacity of 81,000 spectators, Luzhniki Stadium is by far the largest stadium in the whole of Russia. Each of the seats here has been covered and upgraded and the stadium was originally opened back in 1956. 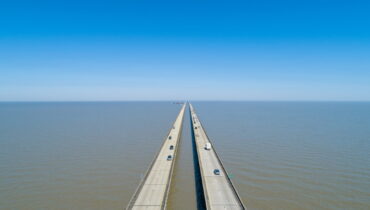