Largest Pharmaceutical companies in the world, listed by 2013 revenue converted to US$.

Despite being a little-known name outside of pharmaceutical circles Eli Lilly is a well-established company, named for its founder who set up shop in 1876. Lilly was a veteran of the American Civil War who initially tried his hand at the cotton trade before incorporating a wholesale drug company. In his first year of business the company made US$4,470 and this was more than doubled the following year. Eli Lilly and Company was formally set up in 1881, and business boomed, turning over $200,000 in sales in the first decade. By 1905, the company hit sales of over a million, and the 1900s did not disappoint the family-run business, which managed to keep going throughout the Great Depression and the war years. Lilly’s successes have not only been in the pharmaceutical arena, with the company buying and reversing the fortune of make-up company Elizabeth Arden, before selling it off for a good profit. (US$657 million on a buying price of US$38 million!) This is not to say that Eli Lilly’s ascent into the top ten list has been smooth: the company was hit with the largest criminal fine in US history, for illegal marketing of one of its best-selling drugs. However, even this immense financial penalty has not crippled the company, with Eli Lilly’s purchase of Novartis AG helping to secure its spot as the number ten largest pharmaceutical company in the world.

AstraZeneca is something of a hybrid: a merging of chemical and pharmaceutical companies from Britain and Sweden. The oldest company was Astra AB, being founded in 1913 by a large body (over 400) of doctors and other medical professionals. The British chemical giant ICI separated out its pharmaceutical arm to create the stand-alone company Zeneca in 1993, which merged with Astra in 1999 to form AstraZeneca. Over the following fifteen years, to date in fact, the company has grown slowly and carefully, absorbing useful establishments and producing anti-virals, flu vaccines and many other much-needed medications. Today the company, head-quartered in London but with research and development facilities in Sweden, the UK, India, China, Japan, Brazil, France and Canada, employs around 11,000 people.

A company that can survive over 150 years is deserving of immense respect, and Bayer AG is one such company. Established in 1863 Bayer originally marketed the now illegal drug heroin, and invented the over the counter painkiller, Aspirin, by synthesizing the chemicals found in willow bark. Bayer Healthcare separated out from its parent company to stand alone in the pharmaceutical arena, and has done so well that the Healthcare arm has four subgroups (Pharma, Consumer Care, Animal Health and Medical Care). The single entity that is Pharma has separated again, into General Medicine and Speciality Medicine. With so many years of history, much of it before regulation of medicines and drugs, it is not surprising that Bayer has some skeletons in its closet, not least of which is the appointment, in 1956, of Fritz ter Meer to the board: he was a tried and convicted Nazi who experimented on human subjects at Auschwitz. There have also been a number of controversies and lawsuits to do with Bayer products over the years. However, Bayer is a good place to work, and was named one of Canada’s Top 100 Places to Work, as well as receiving a good score on the Human Rights Equalities Index.

Originally known as Merck KGaA, and a smaller part of its German parent company, the American branch was confiscated during the First World War and re-established as an independent American company. A good deal of the company’s revenue comes from the Merck Manuals, medical textbooks widely used by nurses, doctors and medical technicians all over the world. In 1953 Merck merged with Sharp and Dohme Inc., making it the largest American pharmaceutical manufacturer and giving the company by which it is known outside of the USA: Merck Sharp & Dohme or MSD. The company continued, like many of its peers, to grow by merge and takeover, absorbing other pharmaceutical, chemical and medical supply companies and growing with each new acquisition. By December 2013 the company employed over 76,000 people in over 120 countries, and was the first company to help patients to access treatment if they were struggling to afford their medication.

Something like the top card on a tower of playing cards, GlaxoSmithKline came about through a series of mergers in which Wellcome Plc and Glaxo Plc merged to create Glaxo Wellcome, and, separately Beecham Plc merged with SmithKline Beckman Corporation to create SmithKline Beecham: both of these previously merged companies merged once again, in 2000, creating the mighty GlaxoSmithKline. Despite its relative youth, the company has seen its share of trouble, paying out three billion dollars-worth of fines, amongst which was a US$1 billion criminal fine; the largest such fine in US history. The company sells hundreds of over the counter and prescription medications, including instantly recognisable names such as Ventolin for asthma and the anti-depressant Wellbutrin. There are also other products such as toothpastes, nicotine replacement products and even drinks like Ribena and Lucozade that all serve to swell the GlaxoSmithKline coffers. With offices in 115 countries, the company employs nearly 100,000 people, over 12,000 of which work in research and development. 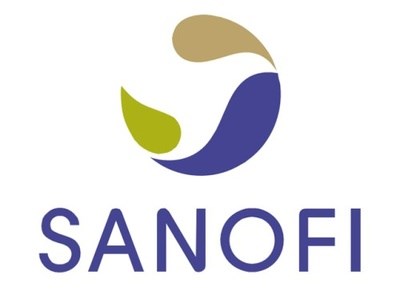 Like almost all the companies on this list, Sanofi is the result of several mergers over the years. The five-year-old company adopted the name in 2009 in order to make its name more recognisable and easier to pronounce, especially for Chinese tongues: the company was expanding rapidly into Asia at the time. The multinational company is headquartered in Paris, France and has a very broad base of business, offering medicines for 7 major therapeutic areas; including vaccines of which it is the world’s premier producer. Some products, sold to foreign countries for use by haemophiliacs were found to be contaminated with HIV, but efforts to make Sanofi pay back compensation paid out to patients have failed to date. Sanofi is responsible for the epinephrine injector that has saved the lives of many people who are prone to sudden, catastrophic allergic reactions amongst many other life-saving drugs and treatments. 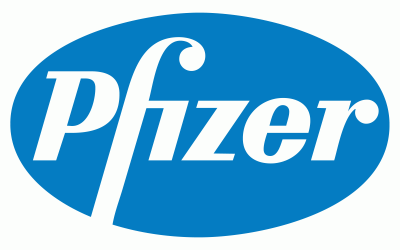 Charles Pfizer set up his company on a humble street corner in Brooklyn, possibly never anticipating the huge enterprise that his business would become over the next 165 years! The business, Charles Pfizer and Company, was run by Pfizer and his cousin, Charles Erhart, and quickly earned a reputation for quality on the back of an anti-parasitic compound that they produced. The production of citric acid, shortly thereafter, sealed the company’s fortunes, enabling Pfizer to embark on a process of steady growth and expansion. Pfizer quickly learned that once medicines could be mass produced, they became very cheap and this would detract from profits and growth unless development was already underway on the ‘next big thing’. As well as developing new and useful products (such as Viagra and Lipitor) Pfizer has grown by merger and financial dealings, taking over several well-established companies. Pfizer has had more than its share of negative press, not least of which is the use of an experimental drug on sick Nigerian children without authority or consent from parents or the Nigerian government. It also has a fairly dire eco-friendly rating, scoring badly as regards emissions from facilities, including some issues that were inherited in one of its mergers. However, the company is a great place to work, scoring a 100 per cent rating on the Corporate Equality Index and being named one of Canada’s Top 100 Places to Work. Rumours abound that the company will shortly be making a bid for AstraZeneca, a feat which, if successful, will instantly make Pfizer even more of a superpower in the pharmaceutical industry than it currently is! 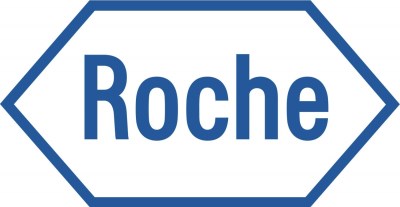 Roche is a rarity on this list, a company that has not grown by eating up all the competition! Established in 1896, the Swiss company quickly garnered a reputation for producing vitamin preparations. Staying ahead of demand, the company later on developed a range of tranquilisers of which Valium is perhaps the most famous, while Rhohypnol is equally well-known, albeit with more sinister overtones, before moving into anti-HIV and cancer drugs. While Roche has not featured in any medical-based courtroom dramas, it has been fined for artificially fixing the price of vitamin products, a situation which the company neatly erased by selling off its vitamin division to Dutch group DSM.

Novartis is the 1996 child of a merger between Ciba-Geigy and Sandoz Laboratories, but can boast a collective history of over 250 years thanks to its esteemed parentage. Novartis’ history reads something like a cross between a textbook stock broker’s playbook and an inverse pyramid, with multiple mergers, demergers and financial wizardry featuring almost more prominently than the pharmaceutical industry in which the enterprise is supposedly based! The products that Novartis sells cater to a wide base of patients, many of whom will continue to need them for their lifetimes: blood pressure tablets, asthma treatments and epilepsy amongst other, more serious treatments. Recent news sees Novartis planning to join forces with GlaxoSmithKline, reshaping both companies and making them even more of a tour de force in the pharmaceutical world.

Johnson & Johnson is a name that most of us recognise instantly, and most people in the world will have used at least one of their products at some stage in our lives. The company was set up by the Johnson brothers in 1885 in order to manufacture ready-to-use surgical dressings. From this humble beginning, the company has grown hugely, adding in a wealth of products. From Band-Aids to baby shampoo, the very name of Johnson & Johnson speaks of familiarity, comfort and homeliness. Johnson & Johnson has a generally good reputation environmentally speaking and works with the Environmental Protection Agency (EPA) to set and meet sustainable ‘green’ goals. They have had their share of disgruntled customers over the years, receiving a few fines along the way, but tends to work well with complainants to resolve issues before they reach the courtroom, and have sometimes recalled products nationally once a problem seems to exist, a tendency that has earned the company high praise from watchdogs.