There are over thousands of species of lizards living in the world. With the Komodo dragon being at number one, here are the top 10 largest lizards in the world. 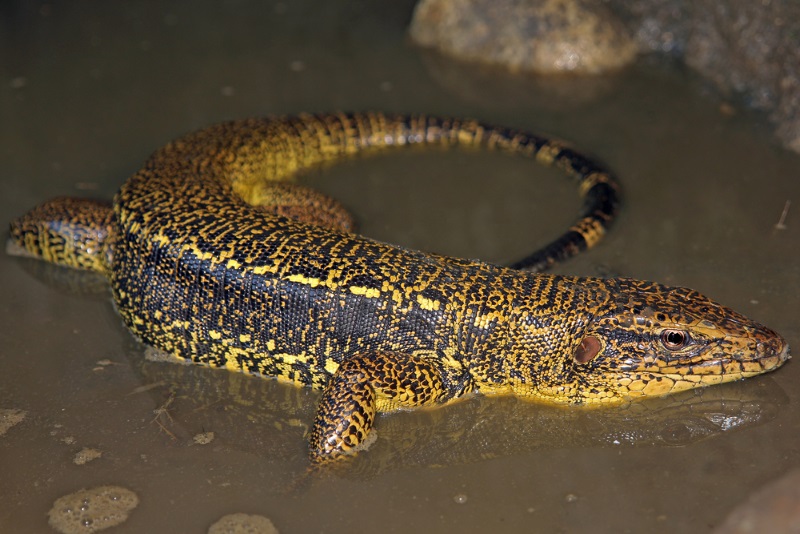 The gold tegu is also known as ‘golden tegu’ is one of the largest lizards in the world. It lives in the tropical forests in the northern and central part of South America. The gold tegu can grow up to 3ft long in size and 4.0kg in weight! This species of lizard has powerful limbs, a glossy looking body, and a thick long tail. The gold tegu eats insects, small mammals, birds, reptiles, fish and sometimes fruit. 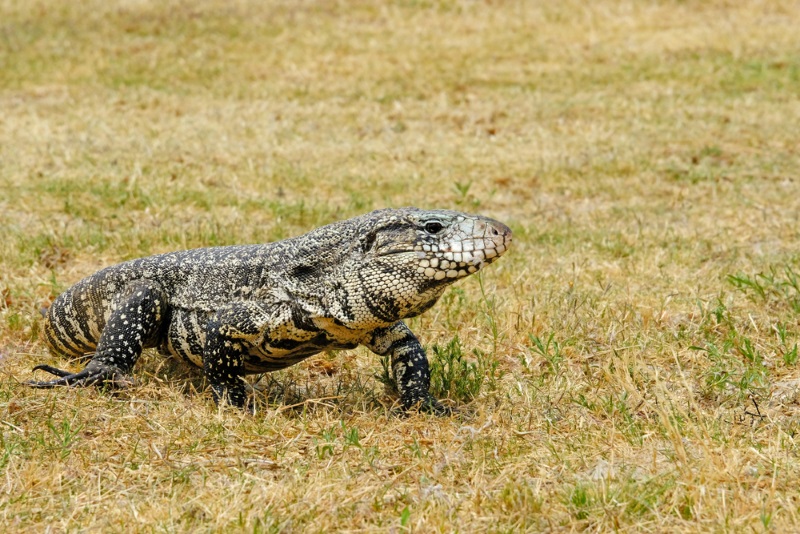 The Argentine black and white tegu, also known as ‘the giant tegu’ is the largest species of the tegu lizard family. This species of lizard are omnivores. They have very high intelligence and when the temperature drops, it will go into brumation. Brumation is a form of hibernation. The tegu’s tail is so strong, it can be used as a weapon to protect the lizard if it feels uncomfortable and is powerful enough to leave a bruise. 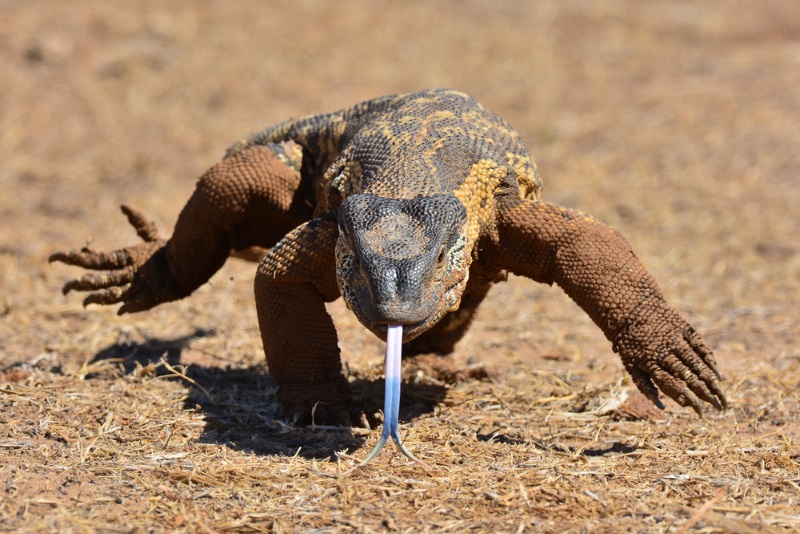 The Rock monitor is 8th down the list of the biggest lizards. It is also commonly known as ‘the black-throated monitor’. This lizard is endemic to southern Africa and is the second-longest lizard and heaviest-bodied ever found on the continent. An adult male typically weighs around 6-8kg and females weigh around 5kg. They are 6ft 7inches in length and they have amazingly high intelligence. 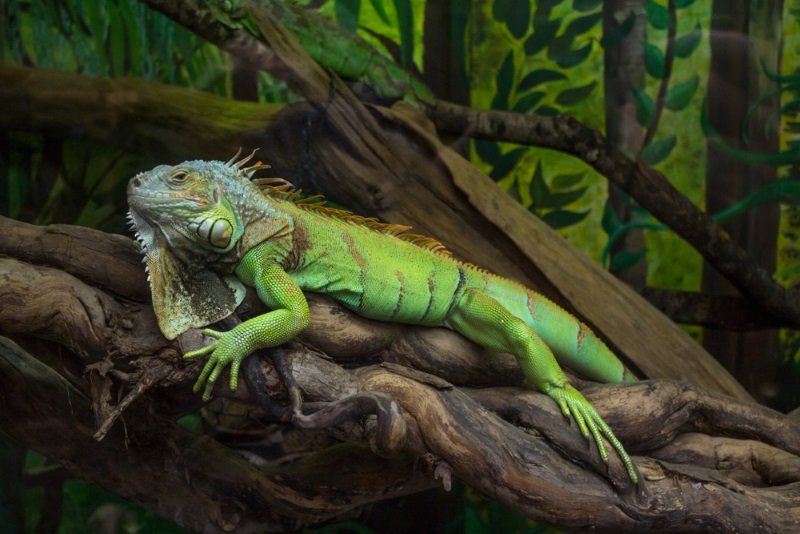 The green iguana is also known as the American iguana and is the 7th largest species of lizard. This species of lizard is 2 meters in length and 9.1kg in weight. The green iguana can be kept as a pet due to its calmness, it has extremely bright colors but can be very demanding to care for properly. Iguanas are known as herbivores that feed on leaves such as dandelion greens, turnip greens, mustard greens, flowers, and fruit. One of the green iguanas favorite fruit in Panama is wild plum. 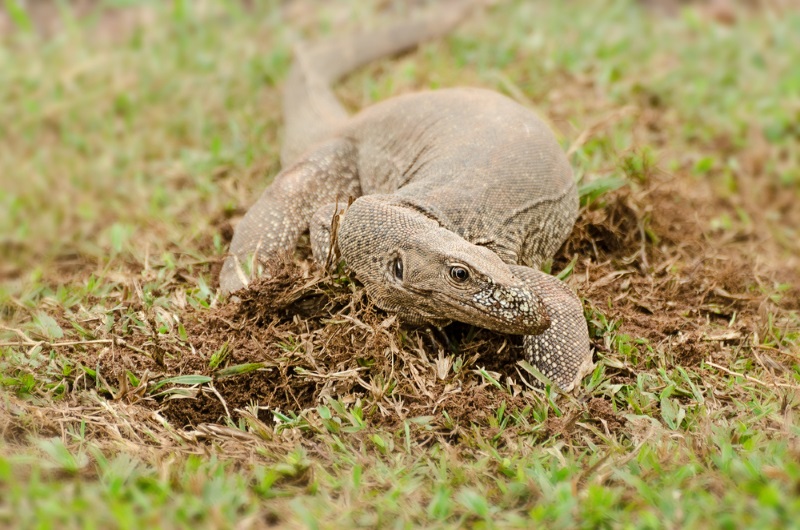 The Bengal monitor is commonly known as ‘common Indian monitor’, is a lizard found widely over the Indian Subcontinent as well as parts of West Asia and Southeast Asia and is the 6th largest species of lizard. This lizard is 175cm in length and a weight of 7.2kg! Males are typically larger and heavier than females. The Bengal monitor feeds of grubs, beetles, scorpions, snails and other invertebrates. Some others include fish, frogs, smaller lizards, and snakes. Sometimes even dead animals! 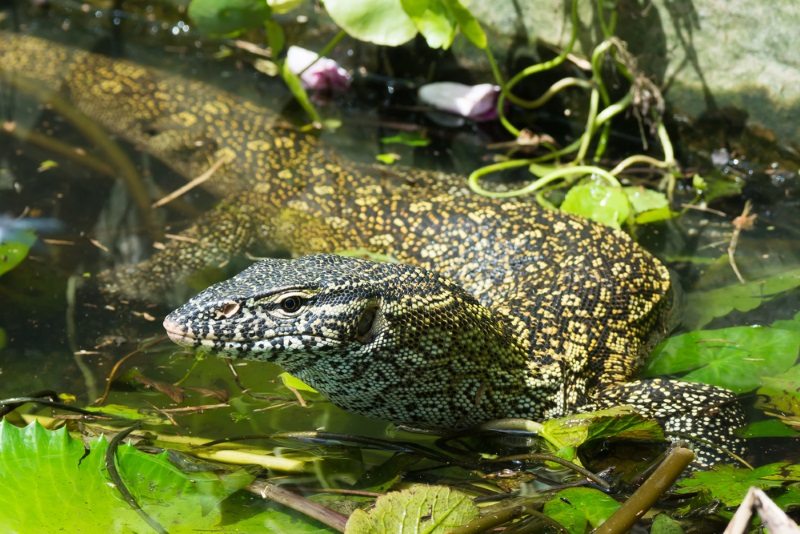 The Nile monitor is another large member of the monitor family. It is found throughout Africa. Another common name is the ‘African small-grain lizard’. They grow up to 3 ft 11 in length and 20k in weight. This species of lizard has large pointy teeth with sharp claws that they use for digging, climbing, defense or tearing apart their prey. 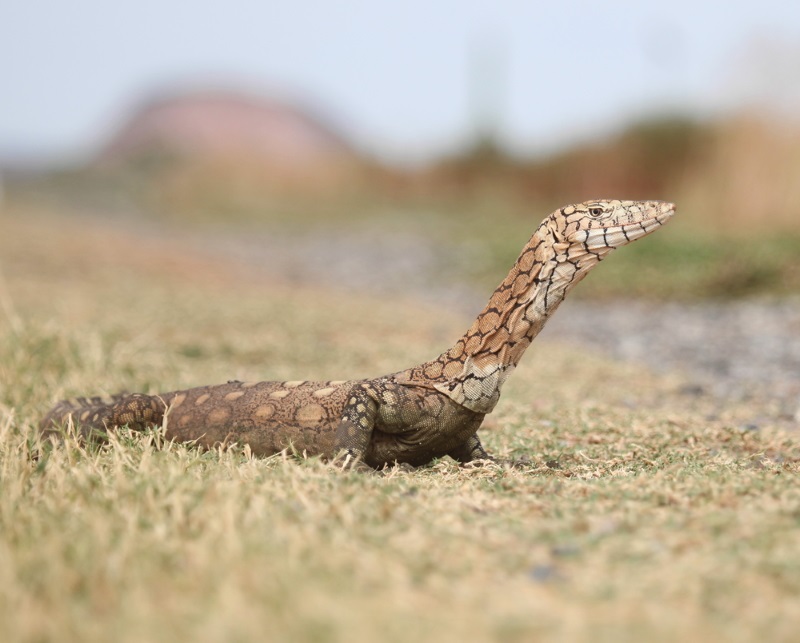 The Perentie is the largest monitor lizard and is native to Australia. This is the 4th largest lizard living on earth. It can grow up to 8ft 2inches in length and a whopping 15kg in weight! They are carnivores and feeds on a wide variety of pray. Depending on how big they are, they also hunt other lizards, fish, birds, and insects. Larger perentie will hunt larger animals such as kangaroos! Their tails are so strong they could even break a dogs leg. 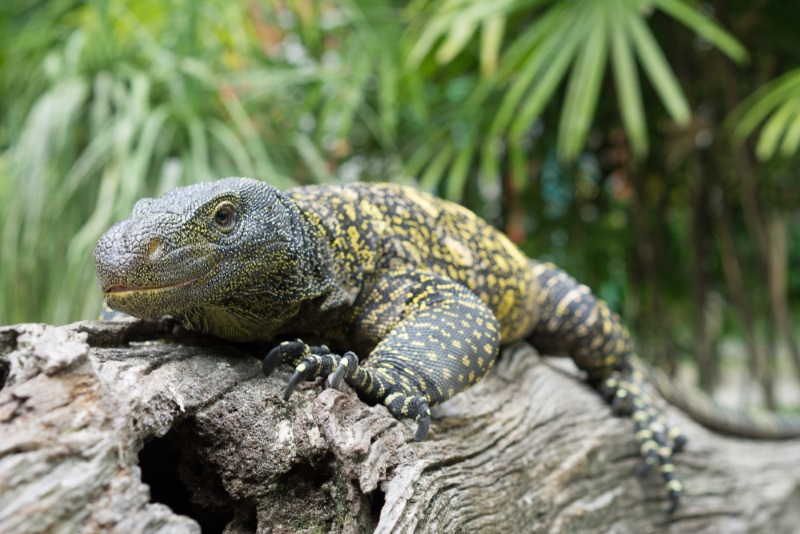 The Varanus salvadorii is another species of the monitor lizard and is one of the longest lizards in the world! They are 8ft in length and 20kg in weight. They eat moving prey such as birds.

This is a large lizard that is native to Southeast and South Asia. The Asian water monitor is the second largest living lizard. It is one of the most common lizards in Asia! The maximum weight of this lizard is a massive 50kg! They are known to eat things such as turtles, frogs, and even crocodiles! 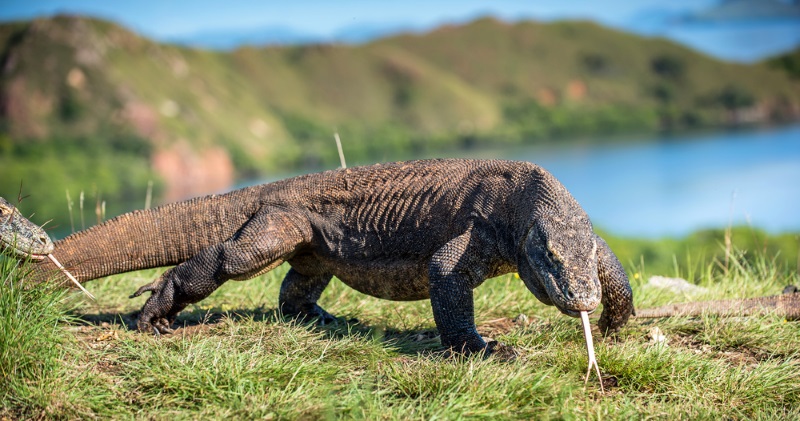 The Komodo dragon is the number one largest living lizard in the world. It grows to a maximum of 10ft (3 meters) and weighs a whopping 70kg! They have a venomous bite and hunt things such as mammals, birds, and invertebrates. The Komodo dragon prefers dry and hot habitats and has an extremely long and powerful tail.