Predators feed (mainly) on meat and / or animal material and form an order of mammals. The top 10 largest predators living on land, determined by weight, are populated exclusively by bears and felines. Other groups of carnivores you encounter in the country are canines and hyenas, and marten-like, literally a whole different order of magnitude! More than 270 species of predators have been described today, these are the 10 largest living on land. 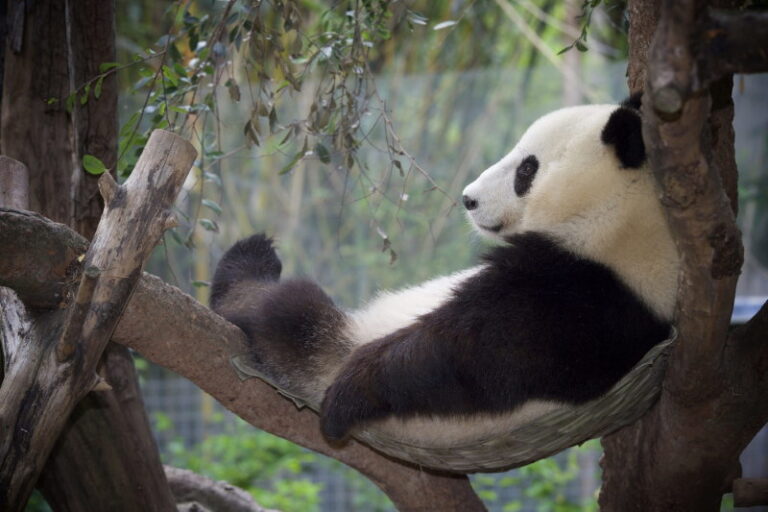 One animal you probably did not expect in this list is the panda bear they only nibble away kilos and kilos of bamboo, right? That’s right, and you might be wondering if it’s so wise of the panda bear to stick to a virtually vegetarian diet. Its digestive system is not at all optimized for eating (exclusively) plant foods. To get enough nutrients, a giant panda must nibble on ten to twelve hours a day. About fifty kilos of bamboo are consumed during this time. That’s about half (or even more) of this bear’s body weight. Males weigh between 85 and 125 kilos and females weigh between 70 and 100 kilos. Why the panda still sticks to bamboo and not his inner carnivore is more often talked about is still a mystery to scientists. Their best bet is that pandas that kept it with bamboo had an evolutionary advantage, because this type of grass is available all year round. 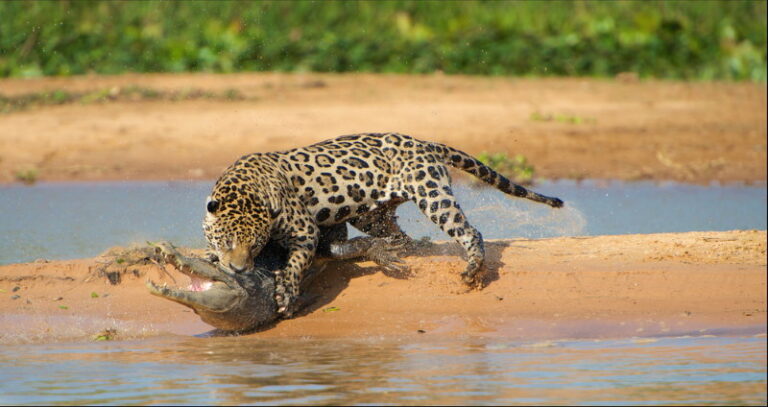 The jaguar is sometimes confused with the leopard, but this feline is more firmly built and the rosettes in its fur are larger. They weigh anywhere between 25 and 100 kilos and occur in Central and South America. Jaguars almost always stop near water and do not mind swimming. They therefore have a wide choice of food, because in addition to swimming, they can climb well and are very fast at a short distance. For the jaguar, no beetles and plants, but caimans, porcupines, fish and (preferably) deer and pekaris. 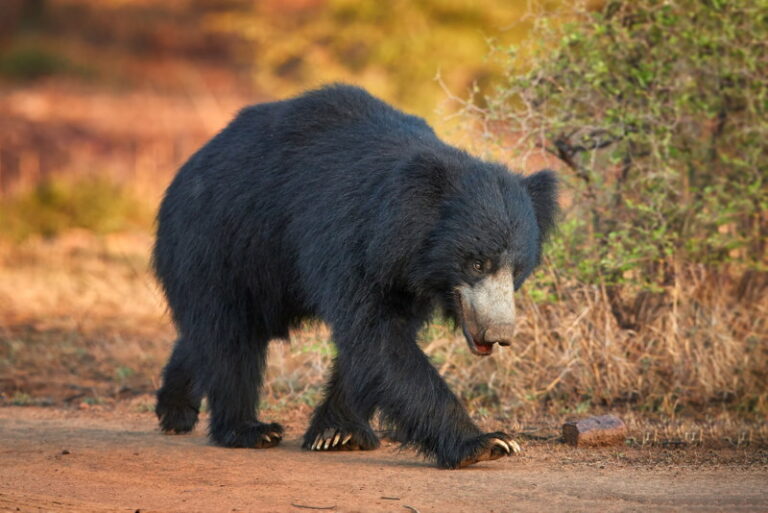 The Sloth bear is extinct in Bangladesh, but still occurs in the rainforests of Sri Lanka, Nepal, India and Bhutan. The main feature of their menu consists of insects and fruits. A termite mound has scratched open this bear with its sharp, long claws in no time. Nice to know: the lip bear lacks two front teeth, which allows it to easily stick its long tongue out. Sniffs inwards, lips parted and the lip bear slurps all termites out of the hill. 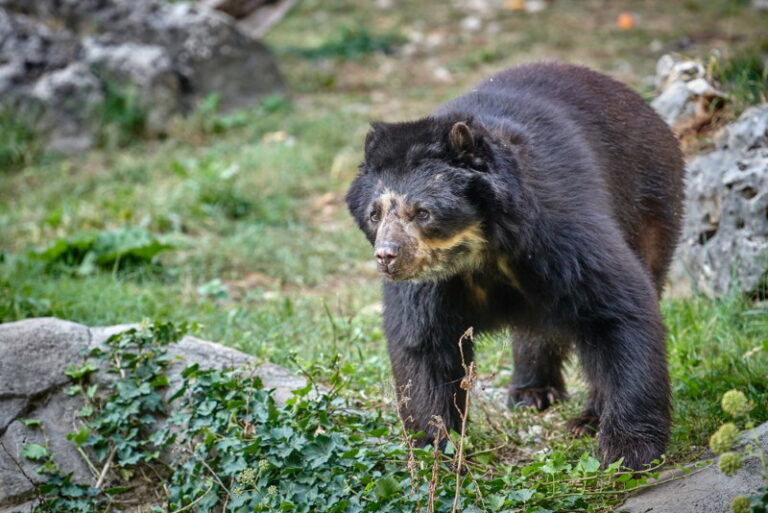 The spectacled bear has the dubious honor of being the most endangered bear in the world. These animals are found in northwestern South America and they eat mainly vegetarian food. With their heavy jaws, they can even easily grind cacti (including thorns). But occasionally the spectacled bear does swallow a small mammal or a bird. This bear owes its name to the characteristic facial drawing, in some animals a full, beige ‘glasses’, in other bears rather a Y-shaped spot on and above the nose. 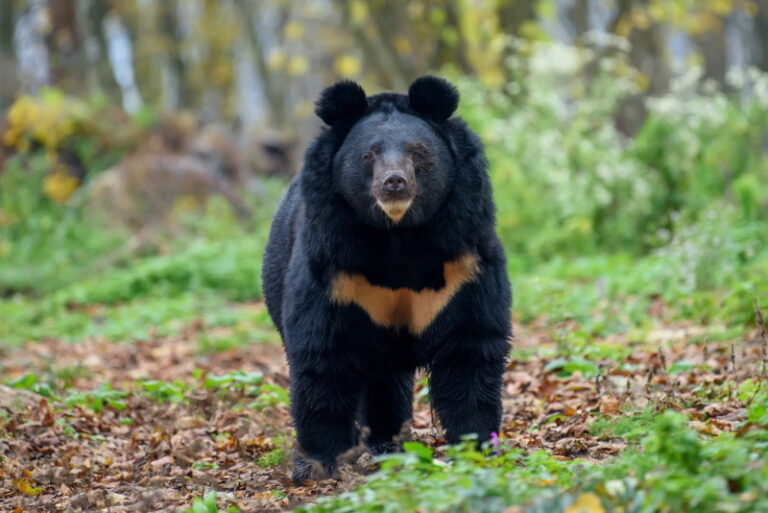 Females weigh between 35 and 140 kilos and males are almost twice as heavy (60 to 200 kilos). The collar bear is a real omnivore and eats almost anything that is loose and solid: bamboo, fruit, nuts, meat, honey, herbs, termites. We’ll just say the whole disc of five. Natural enemies of the Asian black bear are the wolf and the tiger, but most of these bears have to fear man. Not only because of the reduction of its habitat due to, among other things, large-scale logging, but also because its claws are seen as a delicacy in China and its precious bile that is used in traditional Chinese medicine. In China and Vietnam, there are even special bile bear farms, where these beautiful animals are kept under miserable conditions so that the demand for bile can be met. 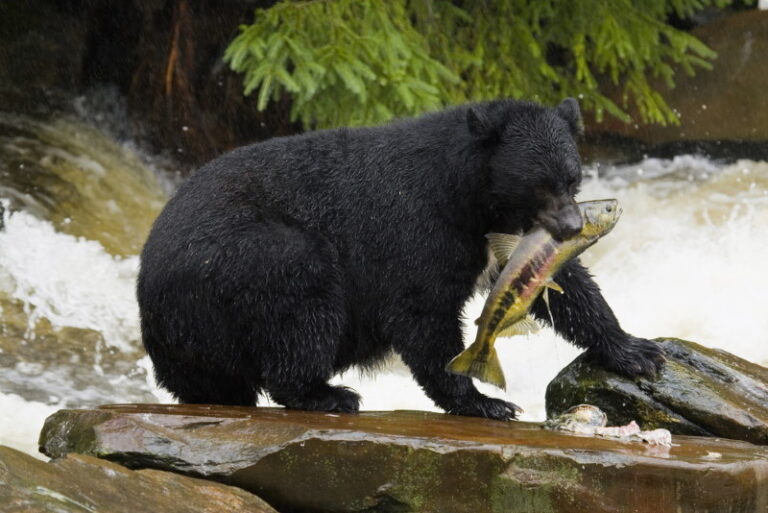 Surprise: The American black bear is not always black. Animals living in western North America are sometimes cinnamon-colored and even white and silver-gray specimens have been observed. This omnivore mainly eats plants, but when he gets the chance, he can also eat fish, insects and honey. 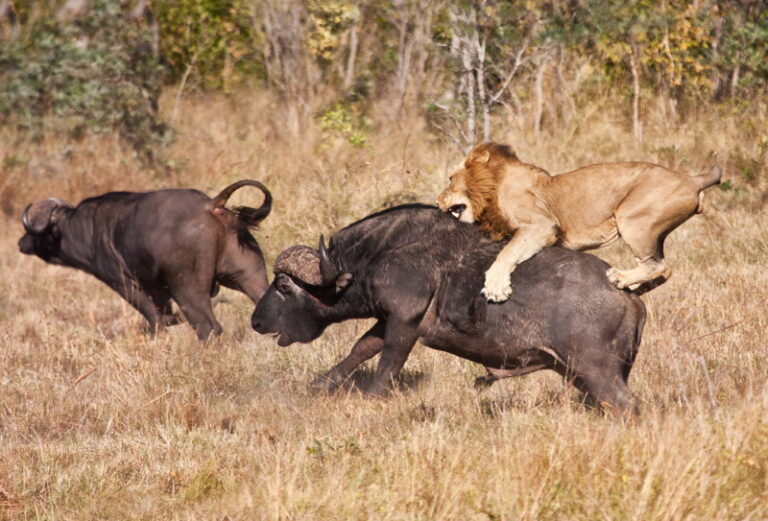 Of course, the king of beasts must not be missing from this list. Lions occur in a small part of India and certain parts of Africa. This large feline weighs between 100 (the smallest females) and 280 kilos (the largest males). Lions live in groups and also hunt together regularly. Convenient, because in this way a prey animal such as an antelope or zebra can be chased by one lion, to a place where a number of lionesses are already waiting to receive the unfortunate animal with open claws. 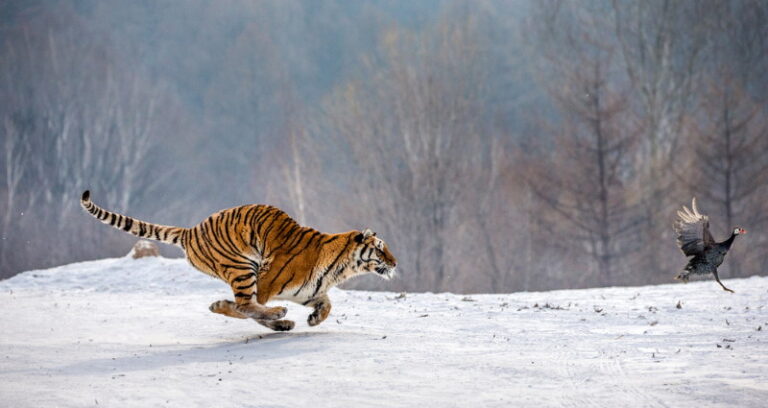 In the wild, you will find the largest feline (average 227 kilos and 2 to 3.7 meters long) in Asia alone. Hunting makes the tiger in its own right and especially medium-sized herbivores, preferably ungulates, are the rabbit. The tiger is an endangered species. The habitat of these animals is getting smaller and smaller due to human intervention and there are still people who think that body parts of tigers would have medicinal properties and find a tiger skin in the house beautiful decoration. 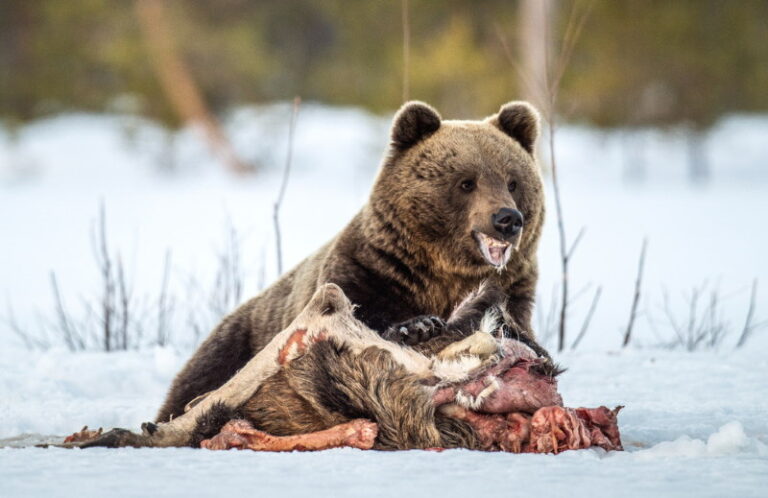 ‘Brown bear’ is actually a collective name for various subspecies, including the grizzly bear, the kodiak bear and the European brown bear. What these subspecies have in common is that they are firm and large, very large. The average weight of a brown bear is 360 kilos, but there are known outliers of 750 kilos in the wild and even 1050 kilos in captivity. However, the brown bear lives mainly on a diet of roots and tubers, even if a salmon or beef goes in it in due course. 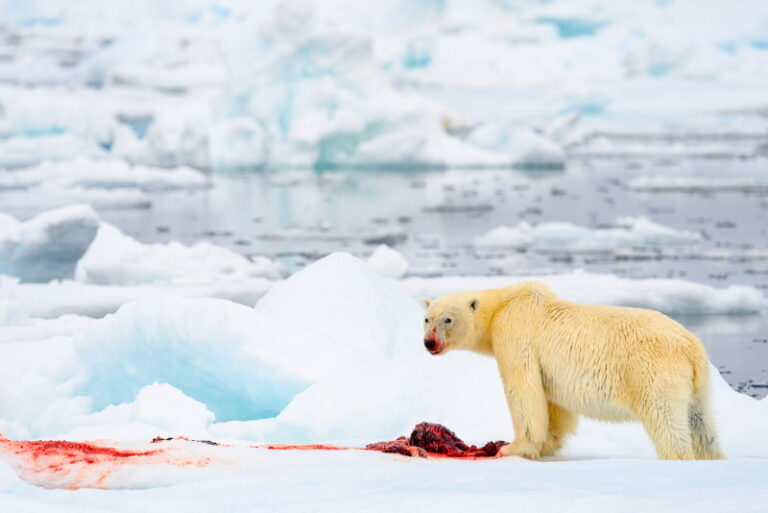 Polar bears weigh between 150 (females) and 800 kilos (males) at number 1 in the list of largest predators living on land. They also consume most meat of all beers and their daily diet consists mainly of seals. The polar bear only occurs in and around the Arctic, where its only natural enemy is man. And then once again it is not about hunting, because since 1973 this has been forbidden (the traditional hunting by polar peoples excluded). Climate change and harmful substances introduced into the habitat of the polar bear have made this bear species ‘vulnerable’ to the IUCN Red List.