In Hindu communities, the temples are the focus for all things in life, including religious, educational, social and cultural. Temples are also places where people can rise above the world of man; a place where God can be approached and where heavenly knowledge is revealed. These temples are found in countries all over the world and come in all shapes and sizes. Following are the top 10 largest Hindu temples in the world.

10. The Rajagopalaswamy temple a Vaishnavite shrine 156 feet tall and covering 23 acres in the town of Mannargudi in India, is the 10th-largest Hindu temple in the world.

8. The Annamalaiyar temple is also found in India. With its four stately towers and high walls that resemble those of a fort, this well-known temple, dedicated to Lord Shiva, is the 8th largest in the world.

7. Brihadeeswarar temple, also referred to as “The Big Temple,” was constructed way back in 1010 by Raja Raja Chola in India. It is the 7th-largest in the world and part of the UNESCO World Heritage Site.

6. Prambanan, Trimurti temple compound, dedicated to Shiva and the 6th-largest temple in the world, is situated in Central Java, Indonesia. Also a UNESCO World Heritage Site, this Hindu temple, the largest in Indonesia, is visited by thousands of tourists every year, from all corners of the globe.

5. Thillai Nataraia temple is situated in the town centre of Chidambaram, east-central South India. Spread across more than 40 acres, this temple, the 5th-largest in the world, is used entirely for religious purposes.

4. Belur Math, Ramakrishna temple, the 4th-largest in the world, is well-known for its architecture with Hindu, Islamic and Christian motifs that symbolize the union of all types of religions. A significant institution in Calcutta, the spectacular Ramakrishna temple sits on the west bank of the Hooghly River, West Bengal, India.

3. Akshardham, a Hindu temple complex also referred to as Swaminarayan Akshardham or Delhi Akshardam, is situated in Delhi, India. Centuries-old spirituality, architecture and traditional Hindu and Indian culture can be seen at this magnificent complex.

1. Angkor Wat, located in Angkor, Cambodia, on 162.6 hectares, is the largest religious shrine on earth. This temple complex was constructed as a state temple and capital city in the earlier part of the 12th century for King Suruavaraman II. Apart from being the best-preserved temple on the site, it is also the only temple that has remained a major religious centre – Hindu first, devoted to the god Vishnu and then Buddhist, since it was first established. 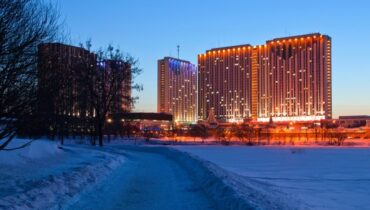 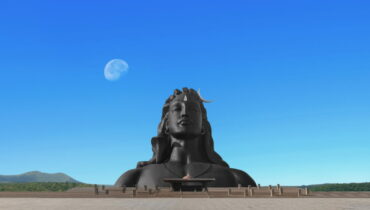 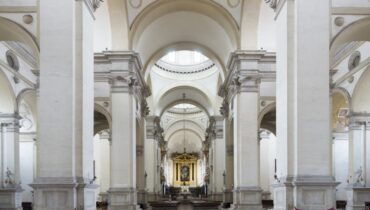 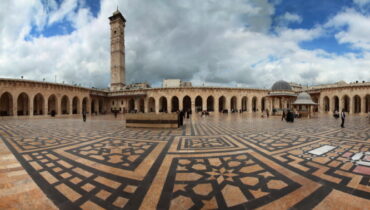 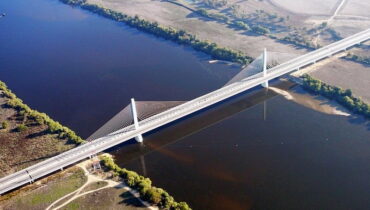