We tend to think of deserts as hot, sandy places, but in fact there is no reason why a desert should be hot, and some of them are very cold indeed. The term ‘desert’ refers only to precipitation, and any land area with a very low level of rain or snow (generally, less than ten inches per year) will therefore qualify. Below are the world’s ten largest deserts by area, in reverse order. 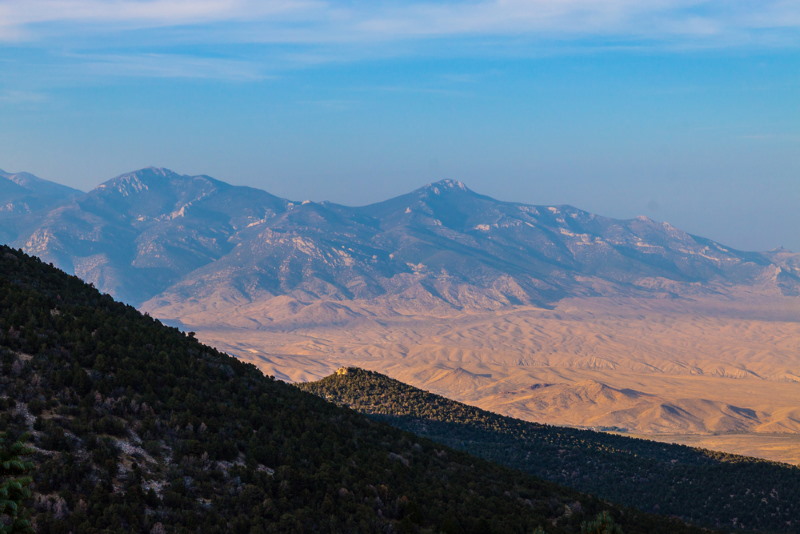 The largest desert in the United States of America, this cold desert covers 190,000 square miles, much of it in the state of Nevada. The lack of rain is caused by the rain shadow of the high Sierra Nevada to the west; a rain shadow occurs when the prevailing winds (in this case westerly) cool, and lose their moisture as rain or snow, as they rise above a mountain range. The wind that reaches the other side of the mountains is therefore cool and dry. 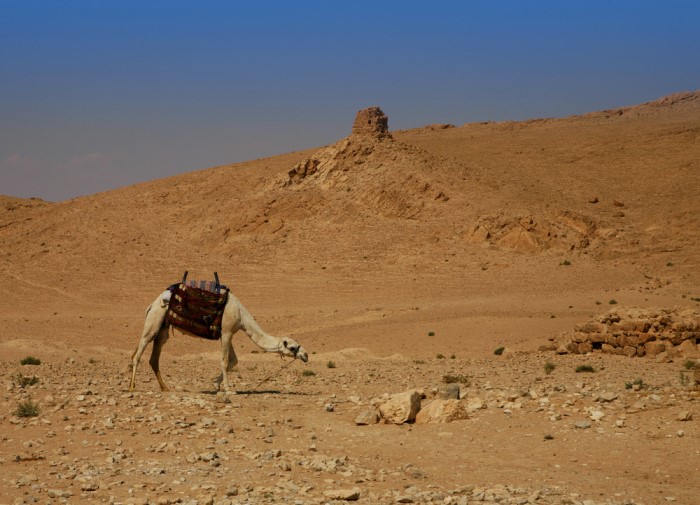 Covering 200,000 square miles of the northern Arabian Peninsula, this rocky area lies to the west of the River Euphrates. The rocks are volcanic and come from lava flows in the Jebel Druze in southern Syria. Parts of the Syrian Basin are arid steppe rather than true desert, and support a variety of vegetation. The area is home to Bedouin tribes, who graze flocks of sheep and goats on seasonal grasses. The ancient city of Damascus is situated on an oasis in the desert. 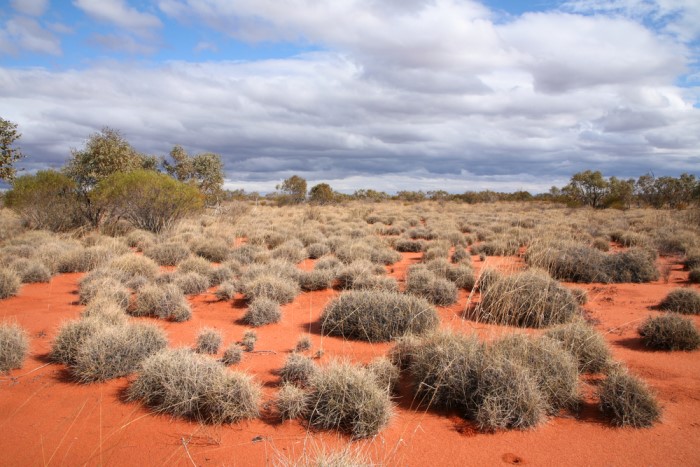 The Great Victoria Desert is the largest desert area in Australia. It covers 164,000 square miles in Western and South Australia. Although the population is very sparse, there are well-established groups of indigenous Australians such as the Kogara, Mirning, and Pitjantjatjara people. This is a hot desert, with average temperatures ranging from 18C in the winter to over 40C in the summer, although there can be frosts on winter nights. Vegetation includes various species of eucalyptus, and after a thunderstorm dormant wildflowers will suddenly burst into life. 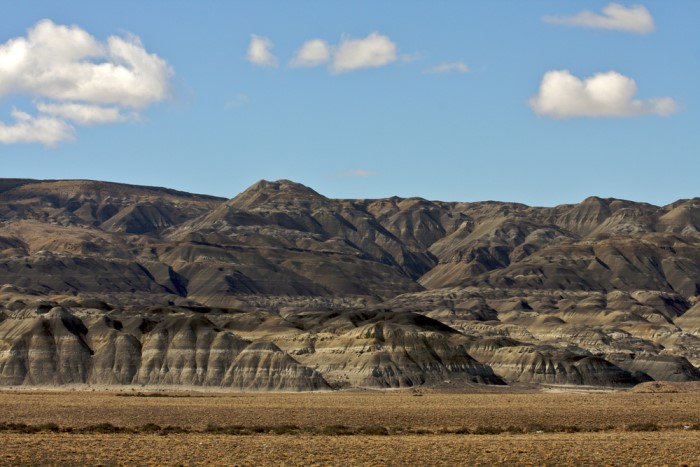 This cold, windy desert lies in the rain shadow of the Andes to the west. The surface includes areas of volcanic rock, gravel, and dust. Some of the fringes of the desert support enough grass for them to be used for sheep farming, and there are seasonal rivers and lakes caused by ice melt in the Andes. Historically home to indigenous peoples, the desert was subject to a military campaign, the ‘Conquest of the Desert’, by the Argentine army in the 1870s, which brought about a sharp decline in the population. 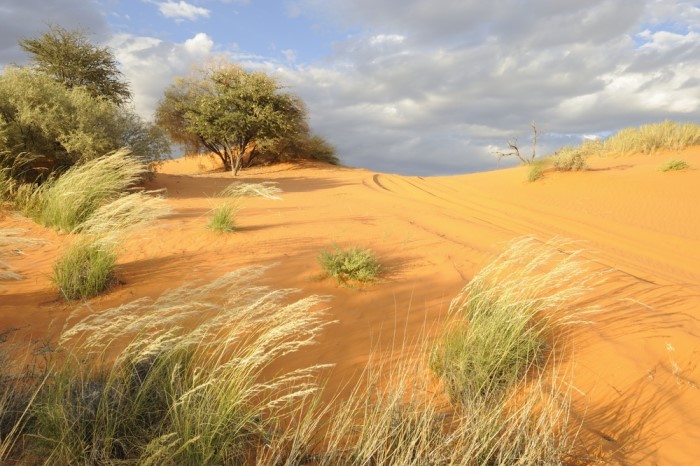 Occupying most of Botswana, with parts of South Africa and Namibia, this is a flat, sandy plain covering about 360,000 square miles. There are wide variations of temperature, from well over 40C on summer days to freezing on winter nights. The Kalahari is the traditional home of the San people, who still maintain a hunter-gatherer lifestyle in some parts of the region. 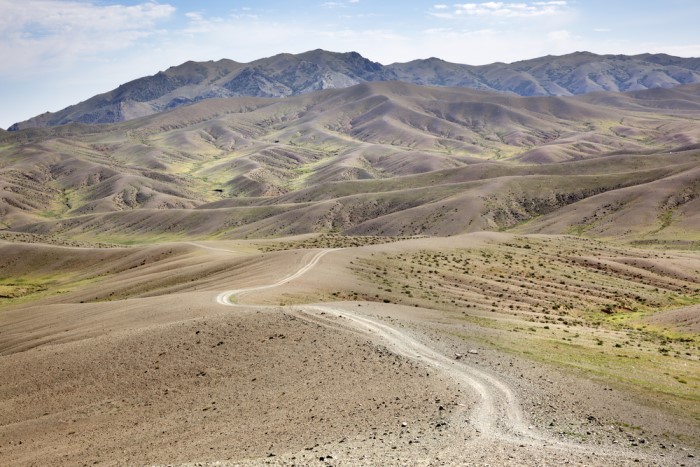 The Gobi is Asia’s largest desert. It stretches across half a million square miles in Mongolia and the northern part of China. It is a high plateau area, and this contributes to its low temperatures, which can drop to -40C in winter; however, it can also get very hot in summer, and sometimes there can be extreme temperature variation during the course of a day. The sparse grassland supports rare wildlife such as wild asses and gazelles, as well as nomadic Mongolian herders with their horses, camels, sheep, and goats. 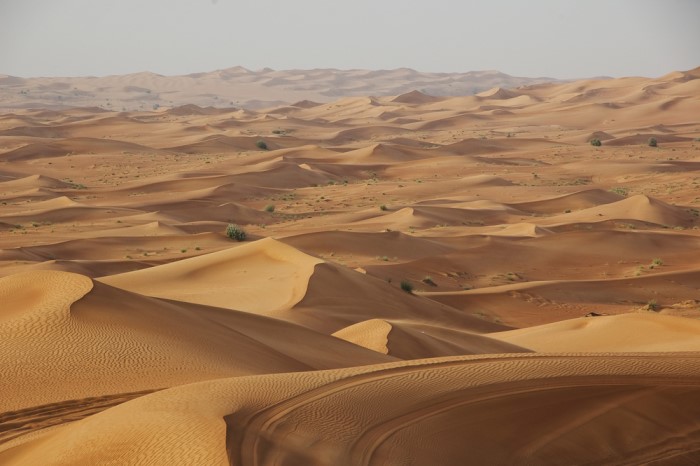 Occupying most of the Arabian Peninsula, this is a hot, sandy desert, with summer temperatures often over 50C. There are areas of sand dunes which can exceed 200 metres in height. Beneath the surface lie the huge resources of oil and natural gas on which the economies of much of the world depend. The fragile eco-system of the area has been subject to a number of threats, including over-grazing, pollution, and the effects of the Gulf War. 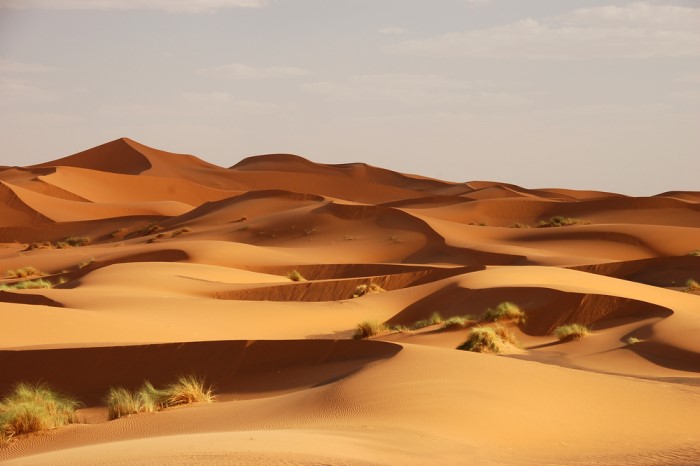 The hottest desert in the world, the Sahara covers most of northern Africa; it is over 3.5 million square miles in area. Although parts are sandy, much of the Sahara’s surface is covered by rock, gravel, and salt flats. Daytime temperatures regularly exceed 50C, although nights can be cold, and in 1979 a snowstorm was recorded in Algeria. Winds are strong, and a southerly wind will carry red Saharan sand over much of Europe. The climate of North Africa has varied greatly since the last Ice Age, and a large part of the desert was grassland ten thousand years ago. 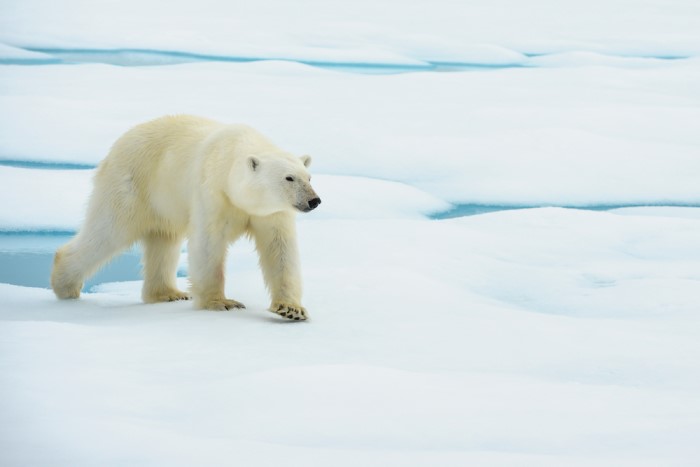 A great part of the Arctic region consists of ocean and sea ice, so it is described as a desert only because of its low precipitation. In recent years, the extent of the ice has reduced substantially as a result of global warming. Indigenous peoples, notably the Inuit, have lived in this region for thousands of years, surviving by hunting and fishing; in Arctic Europe and Russia, the Sami people have developed a culture based on reindeer herding, fishing, and fur-trapping. 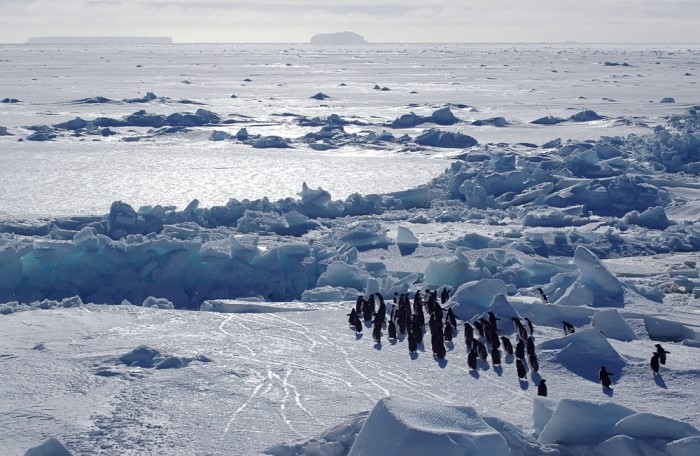 The largest desert in the world, Antarctica is also the coldest, driest, and windiest continent. There is no settled human population, although there are usually a few thousand staff at scientific research stations, including one at the South Pole. The lowest recorded temperature is -89C, and precipitation averages eight inches per year on the coast and considerably less inland. It is thought that no human set foot in Antarctica before the nineteenth century, although Captain Cook did sail close to the coast. There is little vegetation, but some species of algae and fungi can survive the extreme conditions.