Deer have a number of things in common: they are ruminants, even-toed ungulates and the males wear antlers. Although there are a few exceptions to the latter characteristic. For example, the Chinese water tree has no antlers at all, but male specimens do have two small tusks. And female reindeer also wear antlers a stroke less than that of the males, also called bulls. Because with reindeer and moose you are talking about bulls and cows, with deer about goats and goats, while with other deer you are talking about goats and hinds. In this article, we’ll take you through the ten largest deer, from small to large. 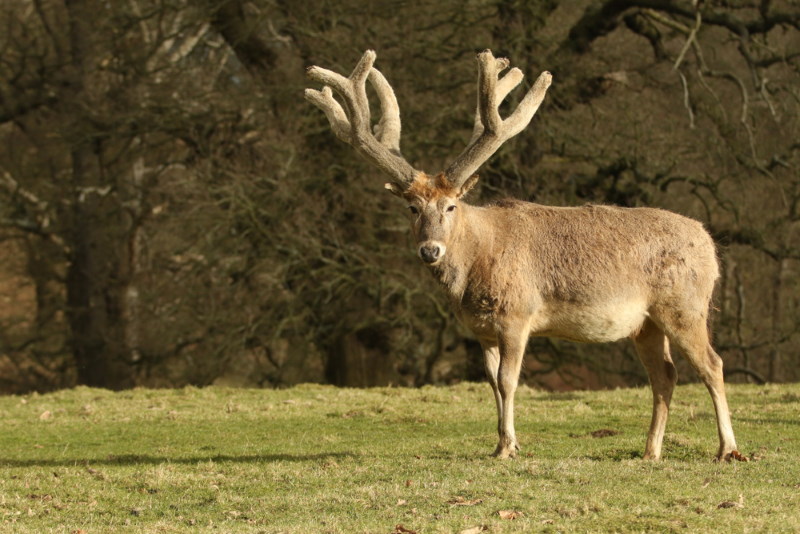 This cervid is named after its discoverer: Father Armand David. In 1865 he found the animal in an imperial game reserve near Beijing. This French missionary also discovered the Mongolian gerbil and the giant panda. The species has not had an easy time. A number of specimens were transferred from the game park to Europe, while their peers in China were confronted with floods (1895) and the Boxer Rebellion in which the last of the Father David deer were slaughtered. The Duke of Bedford brought all European animals together in a herd and thus managed to save the species. Now some populations live in the wild again in China and the Father David deer is also walking around in Nature Park Lelystad. 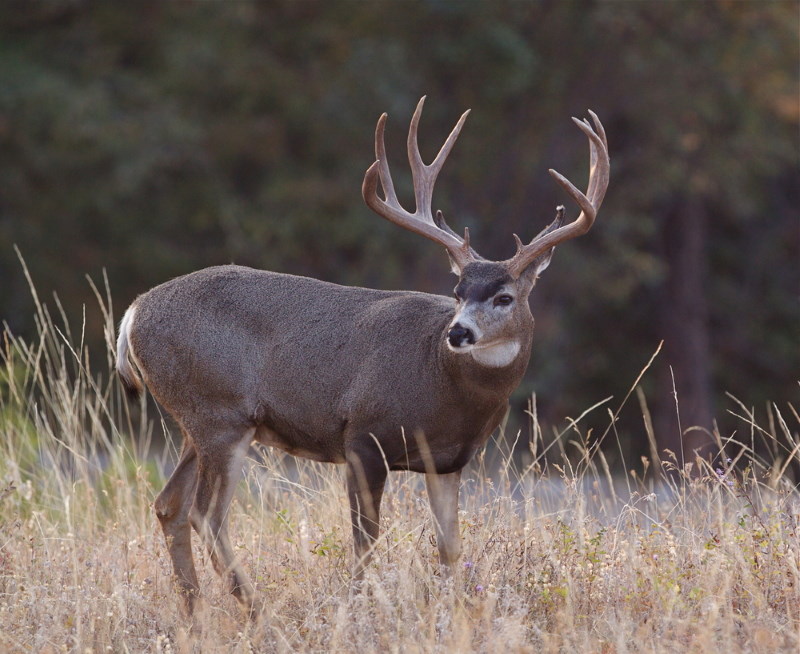 The mule deer lives in western North America. Especially in the Rocky Mountains, this deer feels at home. Unfortunately, the mule deer shares this habitat with the wolf and the cougar, among others. These are the main natural enemies of the animal. The large ears look a bit like those of a mule, hence the name. Bucks weigh between 50 and 210 pounds and hindes up to 73 pounds. 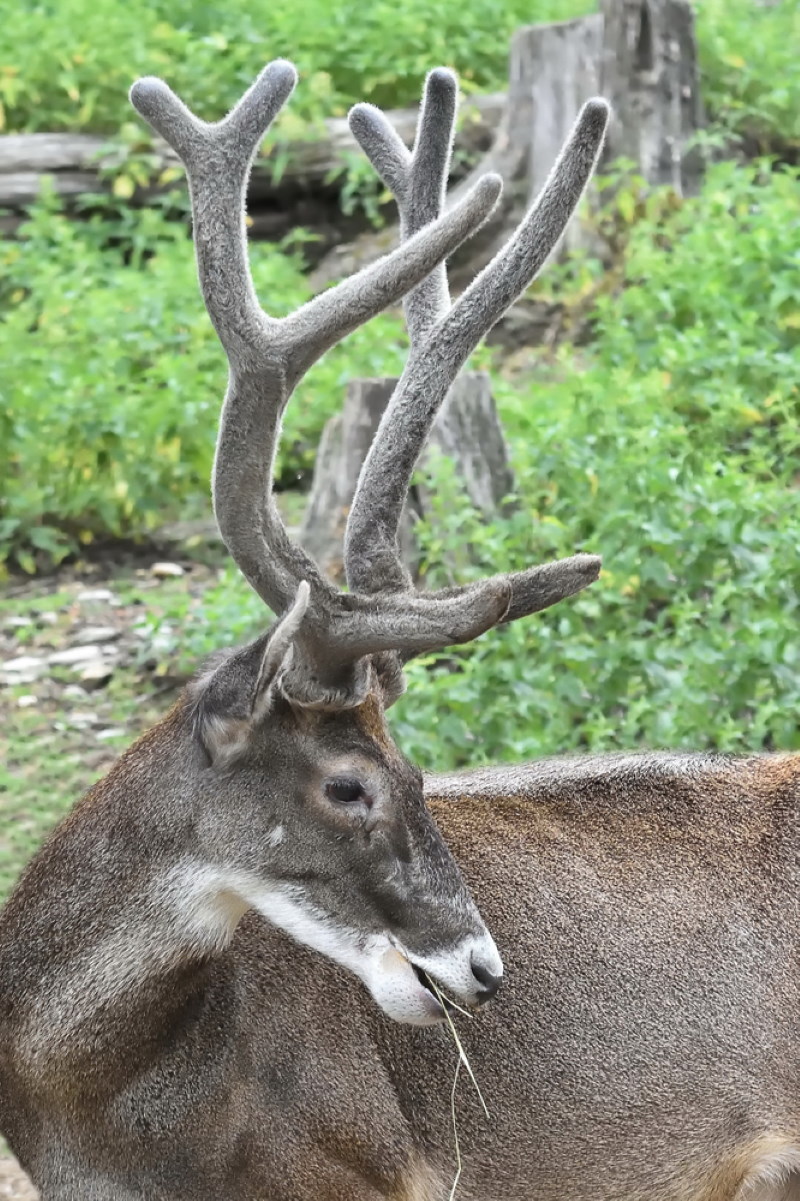 Not a white tail, but a white lip; that’s what characterizes this deer. The witliphert lives at high altitudes in Tibet and China. The creamy white antlers of this deer can grow up to 1.30 meters long. 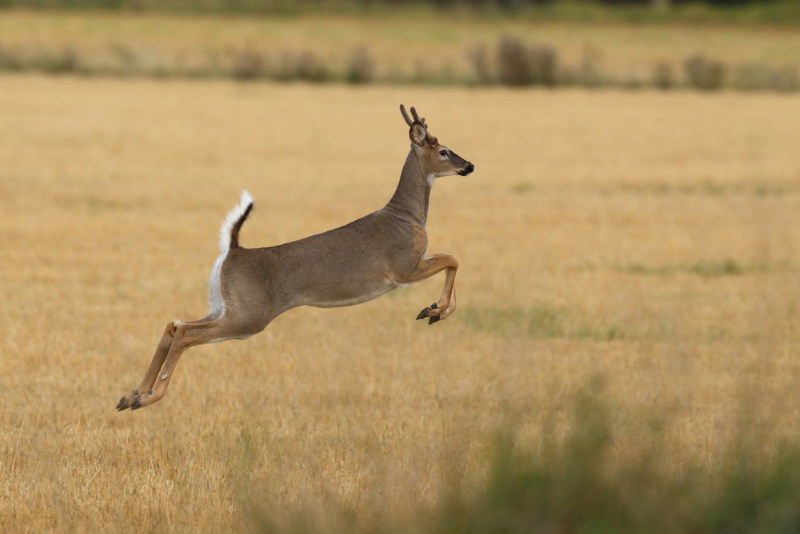 Did you know that one of the most famous deer in the world is a white-tailed deer? The Disney version of Bambi is modeled after a spotted white-tailed deer calf. Hindes give birth to two or three calves after a gestation period of 200 to 205 days, although young Hindes usually only have one young. It should come as no surprise that this cervid got its name from the white tip and underside on its otherwise brown tail. 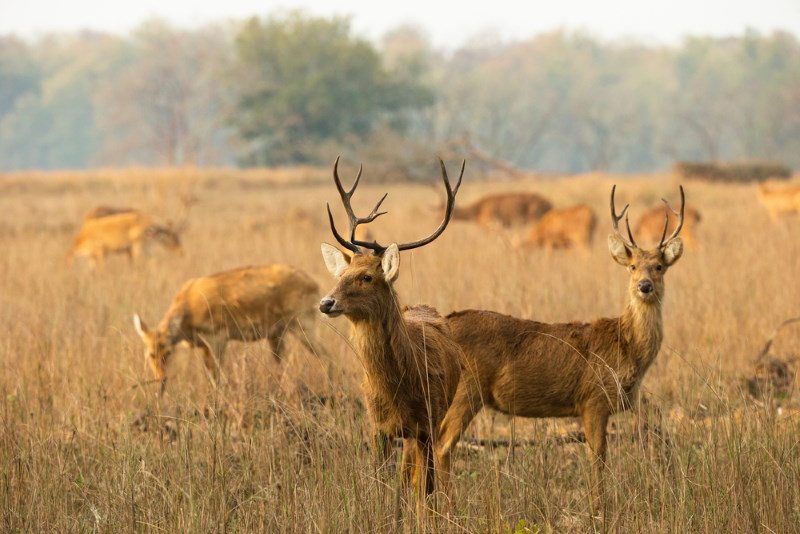 The barasinga deer has a hint of mystery, because not much is known about this species. Bucks weigh up to 280 pounds and have a height of between 120 and 125 centimeters. This ruddy brown deer is found in the south of Nepal and North and East India. The barasinga deer’s antlers have ten to fourteen branches. 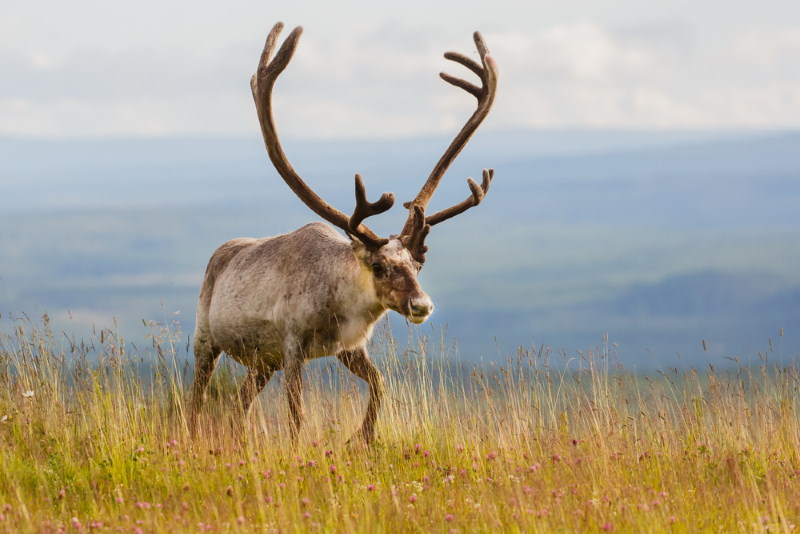 The reindeer is always associated with Christmas thanks to several stories. Rudolph with his red nose, and the eight reindeer pulling Santa’s sleigh. These animals mean something completely different to the Sami. A large part of this originally nomadic people depend on reindeer for meat, milk and hides. By the way, they use the reindeer as a draft animal, they have that in common with Santa Claus. The reindeer that live in North America are also known as caribou. You can also encounter this cervid in Finland, Russia, Norway and Greenland. 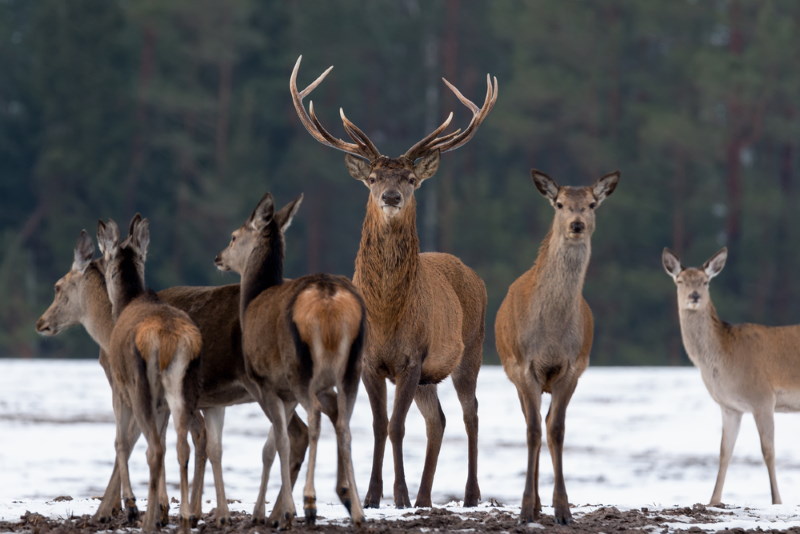 You can encounter red deer in various places in the Netherlands. They stroll around the Veluwe and in the notorious Oostvaardersplassen. The habitat determines the size of the red deer. Animals that live in dense forests remain smaller than red deer that roam more open areas. The buck sheds its antlers every year and a new one immediately starts to grow. In the winter months, red deer are gray-brown in color, while their summer coat has a warm red-brown color. 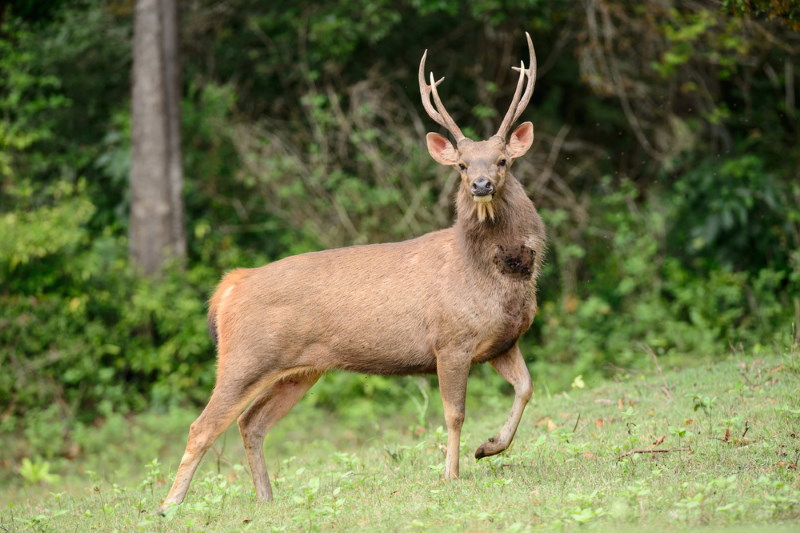 The sambar is also known as horse deer or Aristotle deer. The sambar lives in the south of Asia. The coat is uniform (unicolor) dark brown. Bucks weigh a maximum of 600 kilos and the maximum height at the withers is around 1.6 meters. The male’s antlers grow to almost the same length: 120 centimeters. 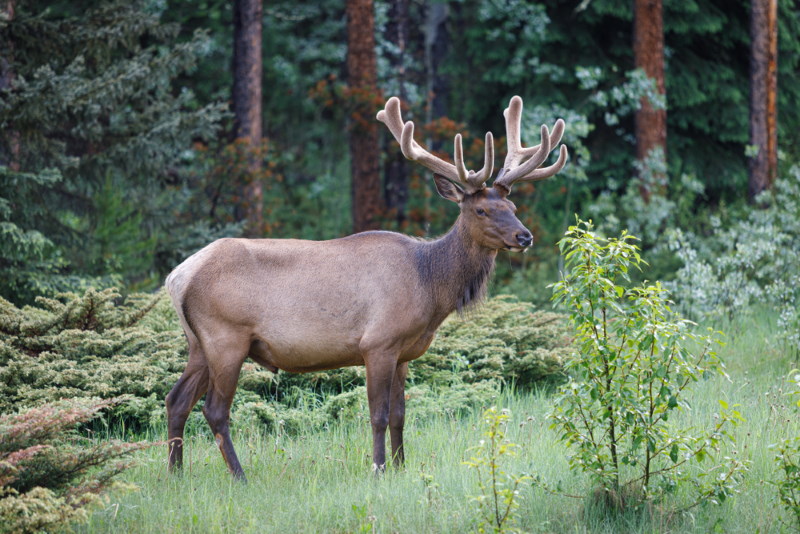 The Shawnee Indians gave this animal its name. Wapiti means “white back”, which immediately betrays one of the external features. With a maximum weight of 600 kilos and a height at the withers of 1.6 meters, this deer takes second place on the list. In English, this animal is called “elk,” at least in North America. In British English, “each” means a moose, while in North America they call it “moose.” Are you still following? Maybe it’s better to just keep it on wapiti! 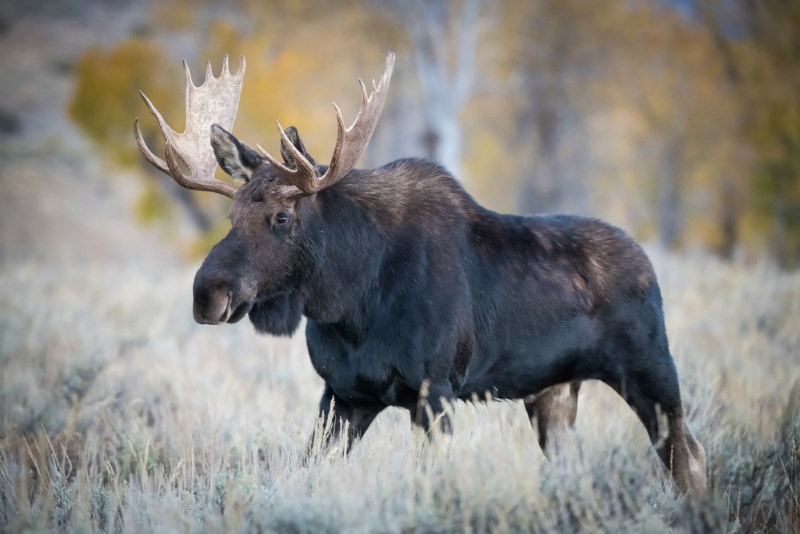 With a maximum weight of 820 kilos and a shoulder height of 2.33 meters (!), The moose is the largest of the bunch. The shape of the antlers is geographically determined. Most bulls have the typical wide hoe antlers, but males living in southern Scandinavia often have a ‘branch-shaped’ rod antlers. About 1,000 years ago, this large grazer still roamed the Netherlands, but today you can still encounter the moose in Europe in the wild in Poland, the Czech Republic, Belarus, the Baltic states, Fennoscandinavia and the east of Germany. Given his predilection for marshy areas, there is sometimes talk of a reintroduction of the moose in the Netherlands, for example in the Biesbosch. It would benefit biodiversity here, but moose are excellent swimmers and are difficult to limit themselves to a specific area.