Cruise ships are the holidays of choice for people who want to be pampered and entertained while travelling the world. Some of the largest cruise ships are floating paradises which are designed to give guests everything they could possibly want at their beck and call, but they’re also truly spectacular feats of engineering and architecture.

Despite a small fire breaking out during construction, the Norwegian Getaway was still able to meet her maiden voyage on February 18, 2014. The ship was built in Germany by the Norwegian Cruise Line (NCL) and is 325.7m (1,069ft) in size with a gross tonnage (GT) volume of 145,655. Sailing out of Miami and providing seven-night cruises around the Eastern Caribbean, there is no short supply of unique entertainment onboard this spacious vessel. The ship has its very own ‘illusionarium’: a venue dedicated to illusions and magic performances which includes a 30 feet high video dome. Guests can also keep themselves entertained in the water park which features five slides, spiral twister and a freefall drop.

Like her younger sister ship the Getaway, the Norwegian Breakaway was constructed in Germany before taking a transatlantic trip to her new home in New York. Despite being the same size as her sibling at 325.7m (1,069ft), the Getaway’s passenger capacity was slightly increased from 3,963 to 4,000 and has a 146,600 GT. The ship has a total of 1,024 staterooms and 238 suites, all of which were designed by acclaimed designers Priestmangoode and Tillberg Design. When passengers aren’t in their cabins, they can enjoy a variety of entertainment venues including restaurants and the comedy club ‘Headliners’. The cruise takes passengers on either seven-day trips to Bermuda (between May and September) or the Bahamas and Florida (October through to April).

The Queen Mary 2 belongs to Cunard Line, a shipping company headquartered in Southampton, UK. Following her construction in 2003, the QM2 was the longest passenger ship in world spanning 1,132m (345m) with a 148,528 GT capacity. It took nearly three years for someone to take this monumental crown from her but, despite her size, the ship a much faster average speed than comparable cruise ships, maxing out at 30 knots (56m/h). Costing more than £460 m ($900 m) to build, facilities onboard the ship include fifteen restaurant and bars, five swimming pools, a casino, a ballroom, a theatre and a planetarium (the first created at sea). These entertainment destinations guarantee guests are never bored during their voyages to either New York from Southampton or New York to the Caribbean. The popular vessel completed its 200th transatlantic voyage when she departed from New York on 6th July 2013.

7. MS Independence of the Seas

Operated by Royal Caribbean International, the Independence of the Seas first entered service in April 2008. At 15 decks tall, she accommodates 4,370 passengers throughout her 338.95m (1,112ft) length. Despite being shorter than the Queen Mary 2, she edges her out with her gross tonnage total of 154,407. Onboard is a variety of amenities to keep all manner of guests occupied. Entering the ‘H2O Zone’, patrons have their choice of dedicated pools for volleyball and basketball as well as whirlpools and swimming pools. Following this is the ‘Promenade’ – a shopping ‘street’ of sorts which grants guests access to bars, pubs, wine bars and shops. If drinking isn’t their thing, there is always the 1,200 seat amphitheatre which comes complete with its own conference room, cabaret lounge (themed after Ancient Egypt) and ice-rink. Somewhat shockingly, the ship was arrested by port authorities in Norway during May 2014 due to nonpayment of fees. However, the ship was shortly allowed to continue her voyages less than one hour later, once her debt was settled.

6. MS Liberty of the Seas

Once again operated by Royal Caribbean International (expect that name to appear a few more times), Liberty of the Seas was built in Finland before taking sail in May 2007. Like all ‘Freedom’ class fleet members, she has a gross tonnage capacity of 154,407. Amongst the ship’s many restaurants is the three level Asian dining experience ‘The Jade Cafe’, a casual restaurant ‘the Windjammer’, a pizzeria, diner, steakhouse and a ‘Ben & Jerry’s’ ice-cream parlour.
During 2011, the ‘Liberty of the Seas’ underwent renovations to include new attractions including a DreamWorks Experience. Here, guests are be able to participate in table visits from iconic characters, meet-and-greets and parades as well as 3D DreamWorks movies – some of which are projected on an oversized outdoor screen. Liberty of the Seas likes to spend most of her summers travelling around Europe, before sailing out of the Port of Miami to avoid the harsh winter weather.

5. MS Freedom of the Seas

The last in the ‘Freedom’ class featured on this list, the Freedom of the Seas is a slightly older vessel which first took sail in June 2006. Despite her age, she still manages to accommodate 3,634 passengers (with an additional 1,300 crew members) and has four bow thrusters which consume a staggering 12,800kg (28,000 pounds) of fuel per hour. Onboard guests have a variety of technological luxuries at their disposal including full Wi-Fi capabilities, interactive flat-panel smart TVs in all staterooms and cell phone connectivity throughout her voyages around the Cayman Islands and Caribbean. Along with the usual conveniences present on her sister ships, the Freedom of the Seas also includes a miniature golf-course, a full-size basketball court, a casino and a three-deck-high Broadway theatre. If murals are more of your thing, you’ll be happy to know that acclaimed Italian muralist Clarissa Parish decorated the vast majority of the extensive interior.

The Norwegian Epic is NCL’s largest vessel with a 155,873 gross tonnage volume. Launched in July 2009, the ship is no stranger to flair and extravagance thanks to its ‘Aqua Park’ (complete with the worlds only tube and bowl water slide at sea), bowling alley, climbing wall and a -17 °F (−8 °C) Ice Bar. Guests are advised to wrap up warm as all drinks are served in ice-glasses. Those who may hesitate over the safety of sea cruises should not hesitate to hop onboard as extensive trials took place over four days to make sure this ship was safe for service. During this time more than 300 technicians and engineers scoured the decks testing over 60 aspects of her performance – all of which she passed in flying colours. Originally intended to be the first of two ships, her sister ship was cancelled shortly after construction was completed due to a dispute over cost.

3. MS Quantum of the Seas

Surpassing the ‘Freedom’ class of ships, the Quantum of the Seas is the sea vessel in the ‘Quantum’ class and belongs to cruise line brand Royal International. The Quantum of the Seas easily surpasses most cruise ships in both length – 347.1m (1,139ft) – and volume – 168,666 GT.
The youngest vessel on this list, the Quantum set sail in October 2014 and left Cape Liberty Cruise Port to tour the Caribbean and Bahamas. It relocates to China in May 2015, where she will offer eight-night voyages from Shanghai to Japan and Korea. Offering a three-story lounge named ‘Two70°’, diners are presented with a 270-degree panoramic view of the Ocean, complete with a cafe and ice bar. At night, retractable dividers and chandeliers give way to allow for the space to be used as a venue for a variety of entertainment, including a nouveau-cirque style show. Guests are also treated with access to a gym – including a full-sized basketball court which has the unique ability to be transformed into a dance floor – bumper-cars rides or, for those with a head for heights, a flying-trapeze school.

2. Oasis of the Seas

The Oasis of the Seas has an internal volume capacity of 225,282 GT and cost a staggering $1.4 billion to construct. Cruising the Caribbean from Fort Lauderdale, she carries a record breaking 6,000 passengers across 16 decks. Passengers who want to spend their time in luxury can stay in a two-story loft which measures a roomy 1,600 square feet and features balconies overlooking the sea or promenade. Amongst the niceties offered are a zipline, a karaoke club, five swimming pools, multiple theme parks and even the first living park at sea, complete with over 12,000 plants and 56 trees. Despite the massive fuel consumption one would expect from a cruise liner of such magnitude, the environmentally friendly vessel contains 21,000 square feet of solar panels which provide enough energy to fully light the promenade and park areas with no assistance.

1. Allure of the Seas

The Allure of the Seas nudges out her sister ship to take first place as the largest cruise ship in the world. With an equal gross tonnage capacity of 225,282, she has an official length of 362m (1,187ft). The ship is only 50mm longer, despite being built to the same specifications. On 11th November, 2010, she arrived safely at her home port of Port Everglades in Florida where she was met by a crowd of thousands before starting her usual voyages around the Caribbean. The Allure of the Seas is equally as luxurious as her sister, being fitted with an ice-skating rink, 25 dining restaurants and cafes, a 1,380 seat theatre and the first Starbucks at sea. 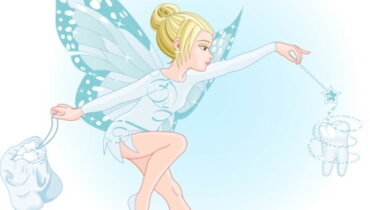