As the biggest country in the world, Russia covers a total of 6.6 million square miles and encompasses no less than 9 different time zones. It is also home to some impressively large cities with populations of over 1 million people. Find out more about Russia’s top ten largest cities here. 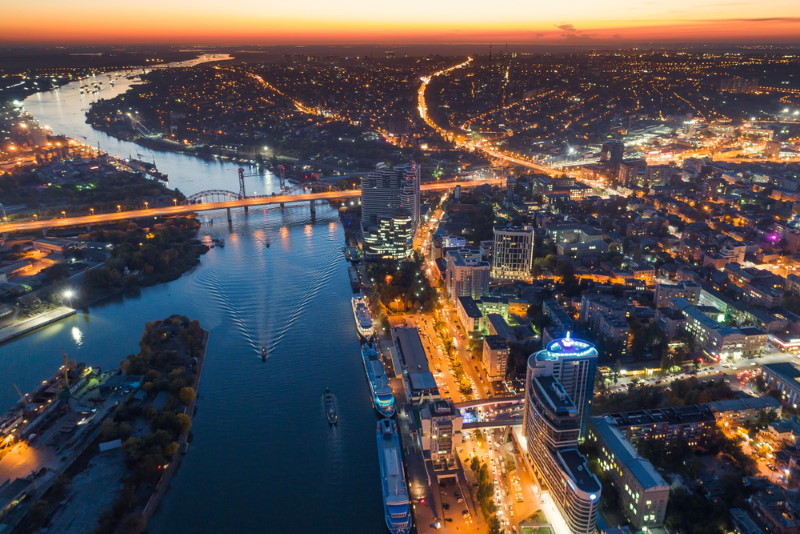 With a population of 1,115,000, Rostov-on-Don covers an area of 436 square kilometres. Known as the Gate of the Caucasus, this city is the country’s southern capital and is a primary transport, cultural and administrative hub. Home to almost 500 architectural monuments, one of Rostov-on-Don’s most recognisable buildings is the Rostov Academic Drama Theater which is constructed in the shape of a tractor. The city is well known as an international centre for jazz music, holding annual festivals dedicated to the theme. 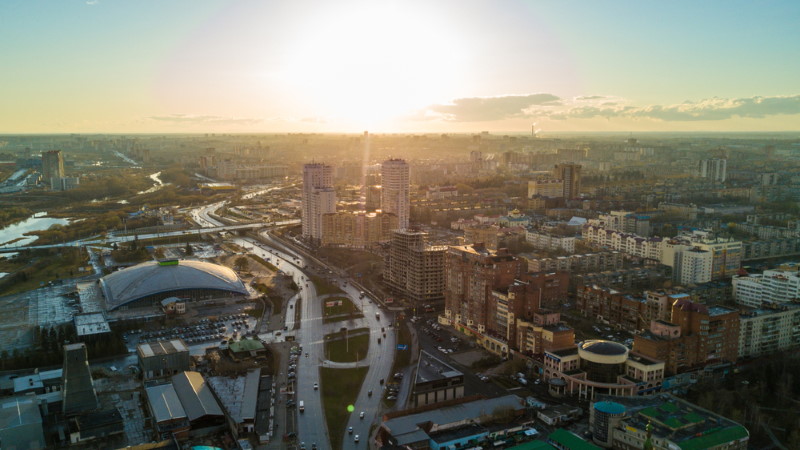 Almost 2000 kilometres east of Moscow, Chelyabinsk is located in the Ural Mountains. In recent times, the city is best known for the meteorite explosion which lit up its skies in 2013, however in the past, it was famous as the Gateway to Siberia, with its railway station being a popular stop on the Trans-Siberian railway. 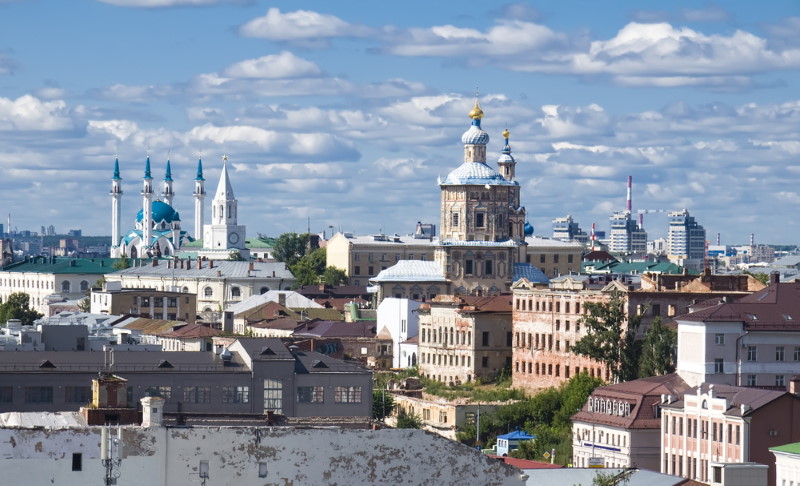 The name “Kazan” means “cooking pot” in the ancient Tartar language and it is a perfect reflection of the nature of the city, which is a melting pot of cultures, bridging the East and West. With over 1000 years of history, Kazan is the centre of many fascinating legends, including the romantic tale of Princess Suyumbike who threw herself off the top of the 59 metre-high Suyumbike Tower rather than marry Ivan the Terrible. Once only home to a small wooden fort, Omsk grew and developed into one of the largest cities in Russia during the 19th century when the Trans-Siberian railway was constructed. Once known as Siberian Chicago, Omsk is best known for its beautiful and diverse architecture, with many monuments of world importance. 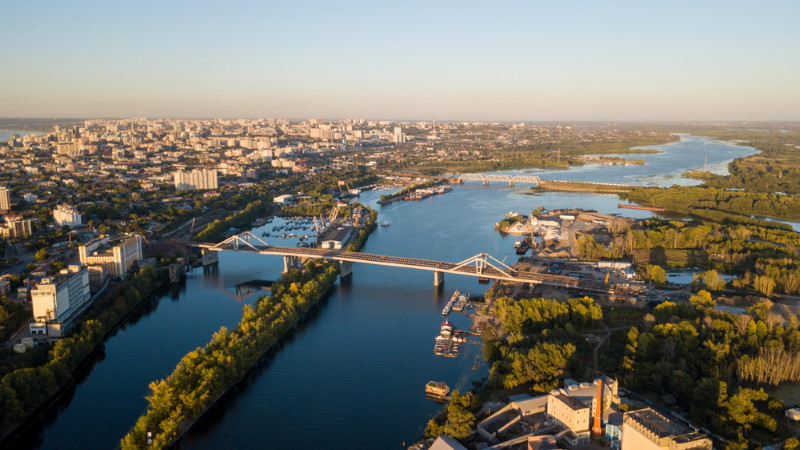 The heart of the Volga economic region, Samara takes its name from the river that flows through it. One of Russia’s biggest transport and manufacturing hubs, the city is home to the largest square in Europe as well as Europe’s highest railway station. It is also popular with tourists thanks to its many fascinating attractions including Stalin’s Bunker and the Samara Space Museum. 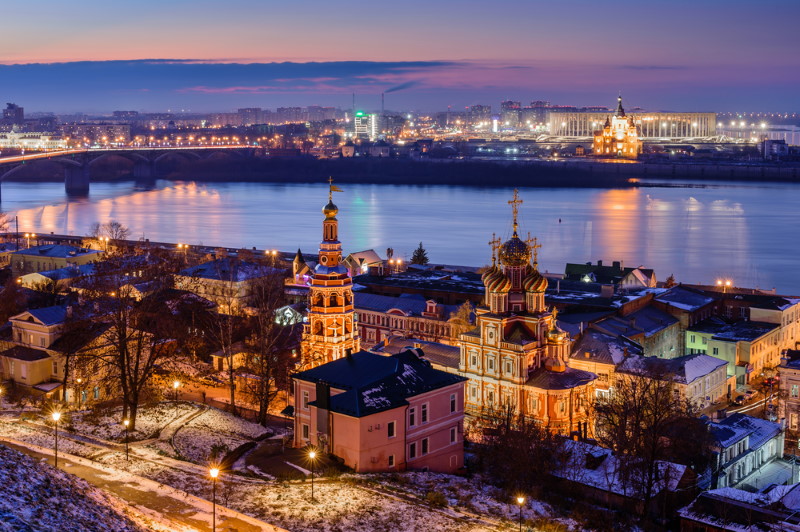 During Soviet rule, Nizhny Novgorod was known as Gorky, after the famous Russian writer who had a home here. It is still possible to visit his house today, and it has become a popular tourist attraction. Once closed to foreigners in order to protect the Soviet government’s military research, the city has had many famous inhabitants including the father of the H-bomb, Andrey Sakharov. 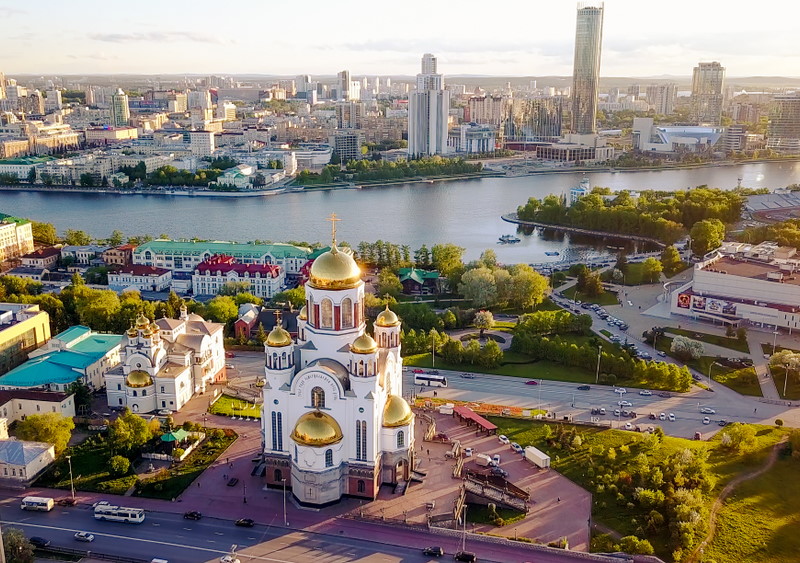 Located close to the Ural Mountains and the border of Asia and Europe, Yekaterinburg is perhaps best known as the place where the last Tsar of Russia and his family lost their lives in 1918. The city is also home to one of Russia’s oddest attractions – the QWERTY monument, which takes the form of an enormous keyboard made from white stones. 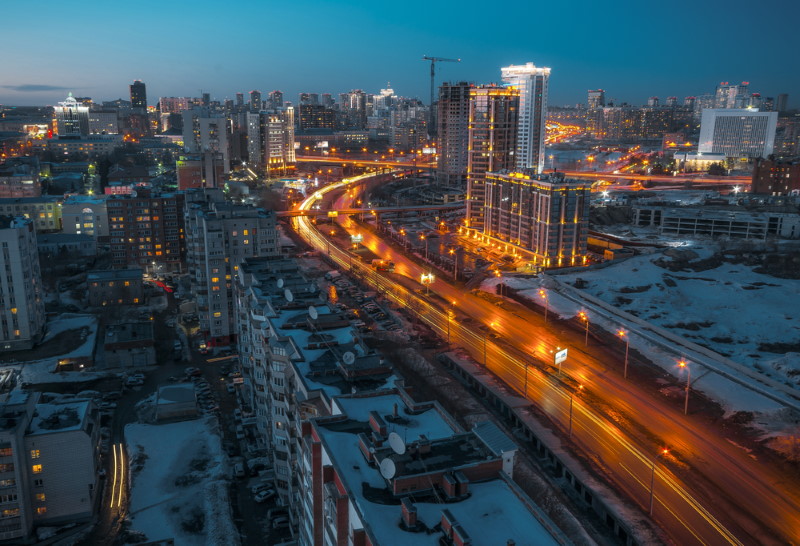 The capital of Siberia and Russia’s third most populous city, Novosibirsk is a modern, thriving city with a vibrant nightlife and a youthful vibe. The winters here are exceptionally cold and residents build an ice town on the banks of the river, with ice skating being a popular pastime. The city is also home to the former Soviet Union’s exact geographic centre and the spot is marked by the Chapel of St. Nicholas which can still be visited today. 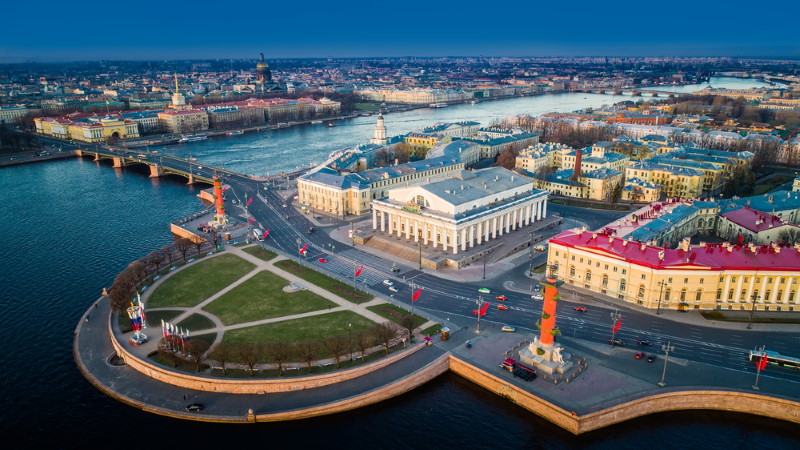 With a population of around 5 million people, St Petersburg is one of Russia’s most famous cities. Having known many names during its history, including Leningrad and Petrograd, this city on the Baltic Sea is now a UNESCO World Heritage Site and is home to a host of well known attractions including the Hermitage Museum and the Winter Palace. St Petersburg is also famous for its White Nights in the summer when the sun only sets for a few brief twilight hours and the city is lively 24 hours a day. 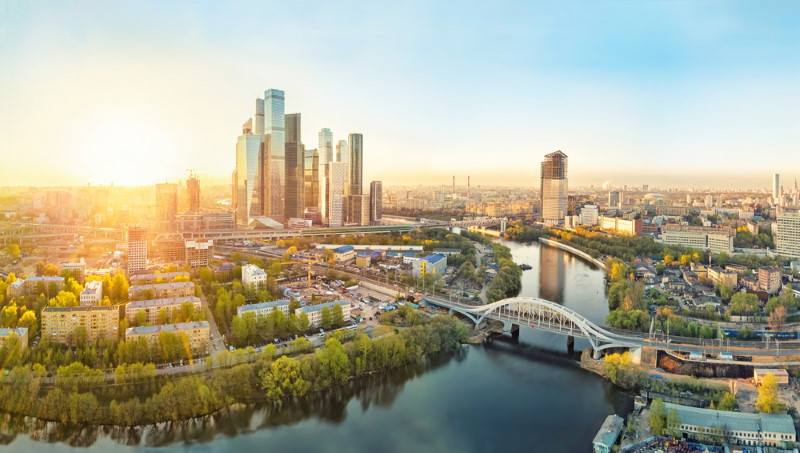 Russia’s capital is home to around 13 million people and is an iconic, world-famous city with almost 1000 years of history. Best known for its architectural wonders including the Kremlin complex, Red Square and St Basil’s cathedral, Moscow is a huge educational, cultural and tourist hub and is Europe’s 2nd most populous city, being home to some of Russia’s wealthiest citizens.