Battleships were nothing short of impressive. The sheer size and threatening barrels of the guns on board alone commanded respect. Battleships were among the largest military craft, with cannons as armament and with very strong armor. They were designed to attack enemy ships at sea or targets on land. They were mainly built in the period between the two world wars. After World War II, battleships fell into disuse, although the United States Navy’s Iowa ships continued to serve in conflicts and wars until 1990. Below is a list of the ten largest battleships ever built, arranged according to their displacement in metric tons. 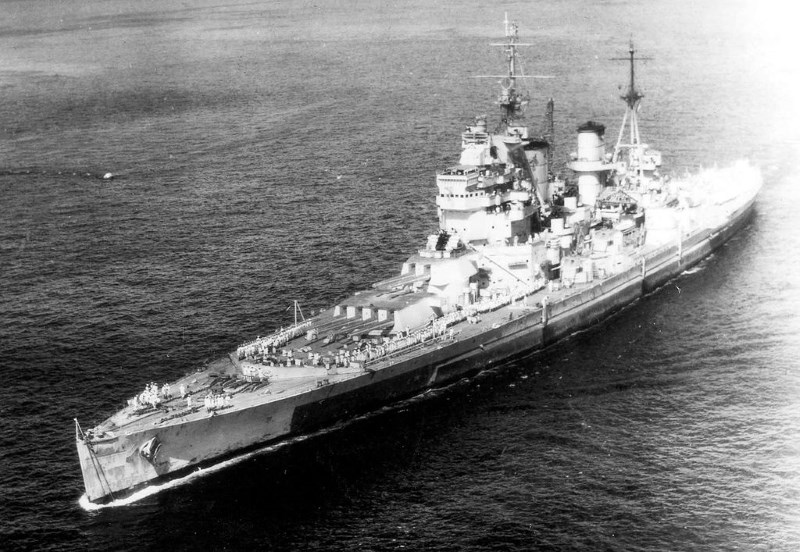 In World War II, the five ships of the King George V class were the largest battleships deployed by the United Kingdom. With a displacement of 46,088 tons, this class is in tenth place in our ranking. 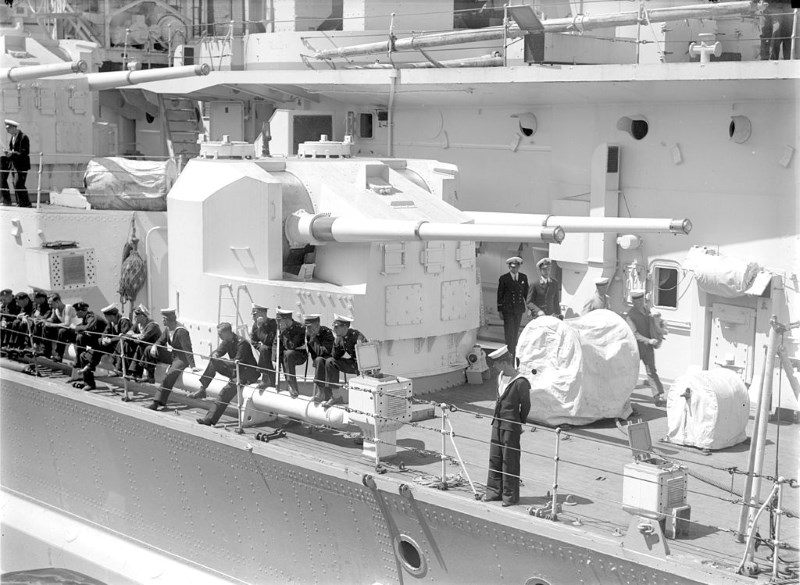 The King George V Class was designed in the second half of the 1930s. In the design, the British took into account international treaties on battleships. The first ship of this class, the King George V, entered service in 1940. Four more battleships were to follow: the Prince of Wales, the Duke of York, the Anson and the Howe. The ships were equipped with 14 inch guns, in accordance with international agreements. The boats had thick armor, surpassed only by Japanese Yamato-class battleships. Each ship was 227 meters long and 31.5 meters wide. The vessels reached a speed of 28 knots. 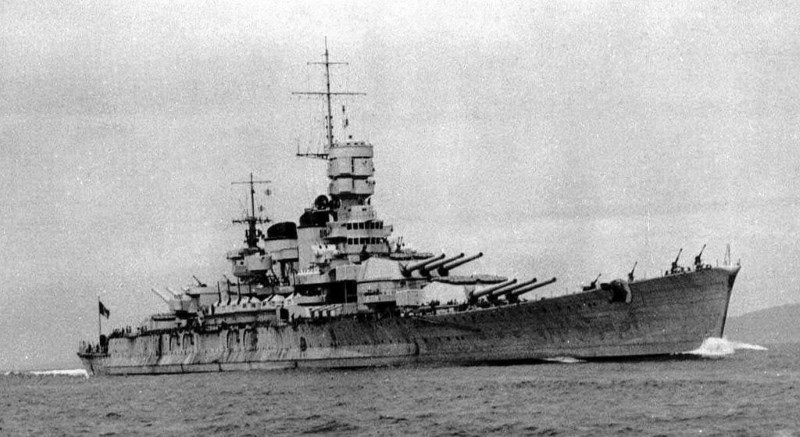 The Littorio-class battleships were the largest, fastest and most powerful warships in the Italian navy during World War II. Three ships of this class were completed and put into service: the Littorio, the Vittorio Veneto and the Roma. They were built between 1934 and 1942. Their displacement was 46213 tons. 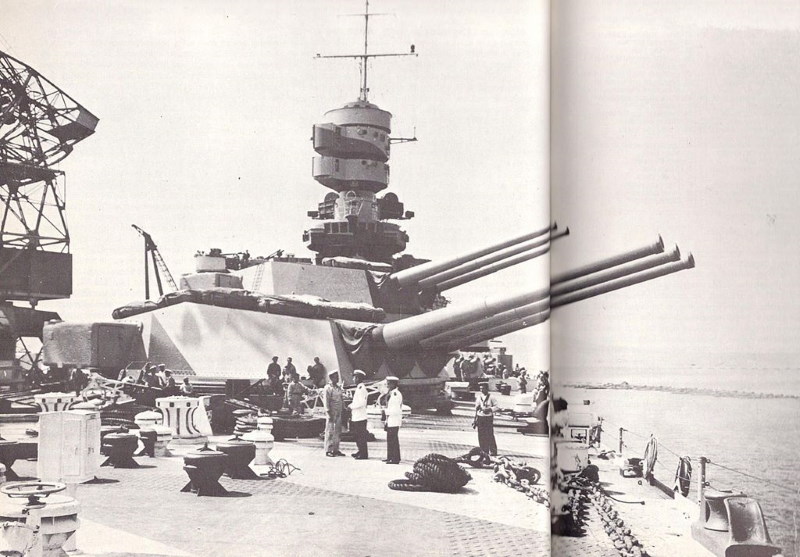 The length rose to 241 meters, while the width was almost 33 meters. The Littorio battleships were equipped with nine 15-inch guns and reached a speed of 30 knots. After the surrender of Italy in September 1943, the Roma sank in a German bombardment. A fourth ship, the Impero, was never finished. The two other ships Littorio and Vittorio Veneto survived the war, but were decommissioned in the period 1952 – 1954. 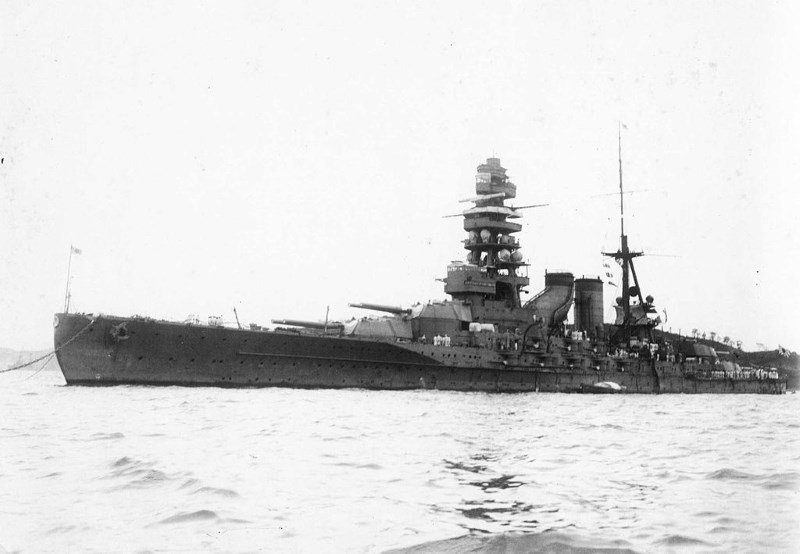 The Japanese Nagato battleships date back to the 1920s. At the time, they were the largest and most powerful warships in the world. Twenty years later, in World War II, the two ships of this class were still formidable warships. Battleship Nagato and sister ship Mutsu carried guns with a caliber of 16.1 inches and reached speeds in excess of 25 knots. Their original length was 216 meters, with a width of 29 meters. During the 1930s, both ships were modernized and enlarged to a length of 225 meters and a beam of 34.6 meters. 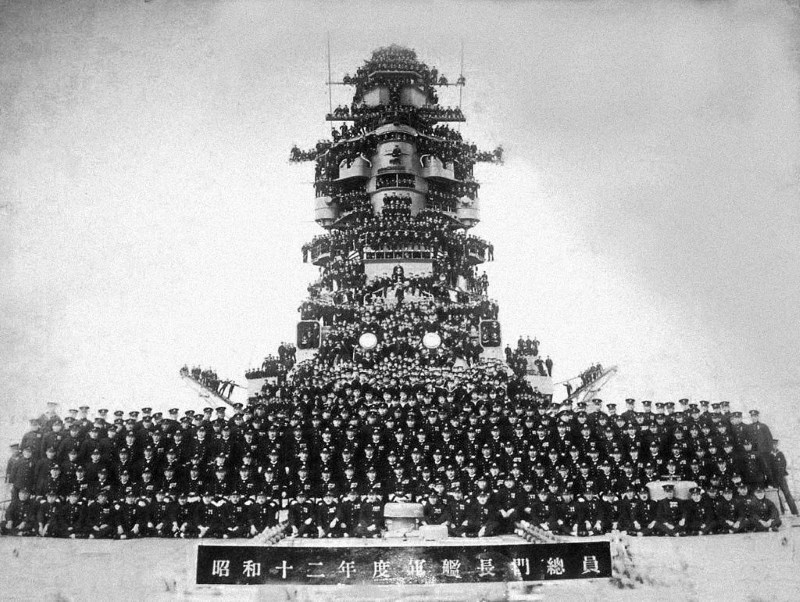 The displacement of the Nagato and Mutsu eventually amounted to 46685 tons, which is eighth on this list. The Japanese Navy lost the Mutsu, but the Nagato survived World War II. 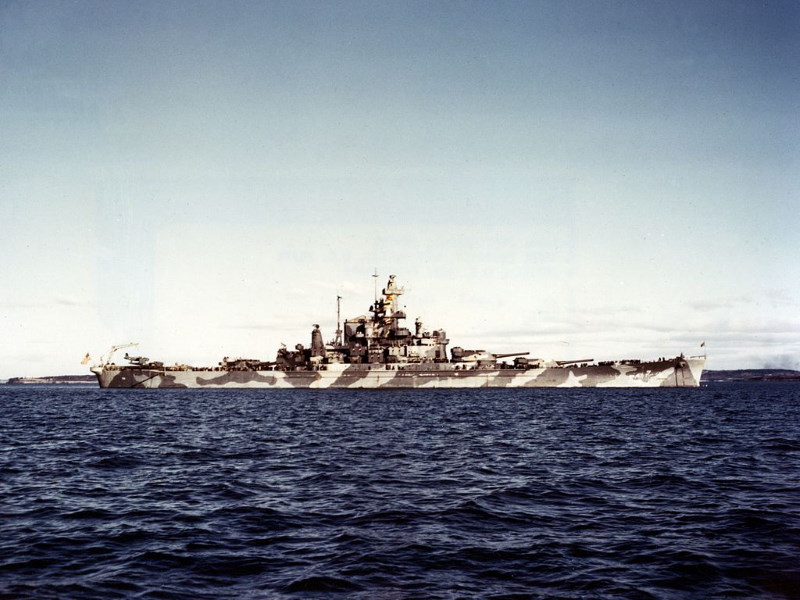 In 1939, the construction of the first American South Dakota-class battleship began. The insufficient armor of the existing battleships, including those of the North Carolina class, was the main reason for the US Navy to have a new class of battleships designed. The armor on the new South Dakota ships was designed so that the walls could withstand the impact of heavy ammunition. 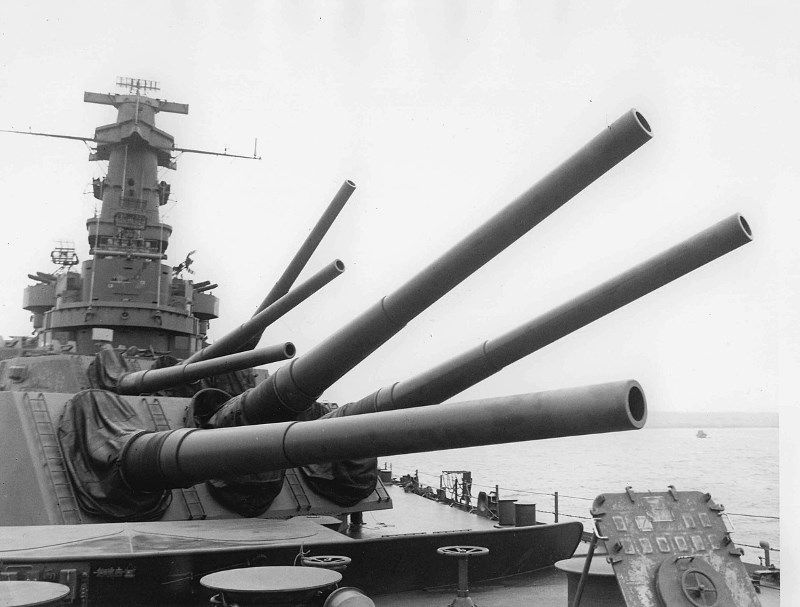 Four examples were built, all of which took part in the battle during the Second World War. The South Dakota ships had 16-inch guns. They were able to reach a speed of 27 knots. The ships were 207 meters long and 33 meters wide with a maximum displacement of 46,939 tons. 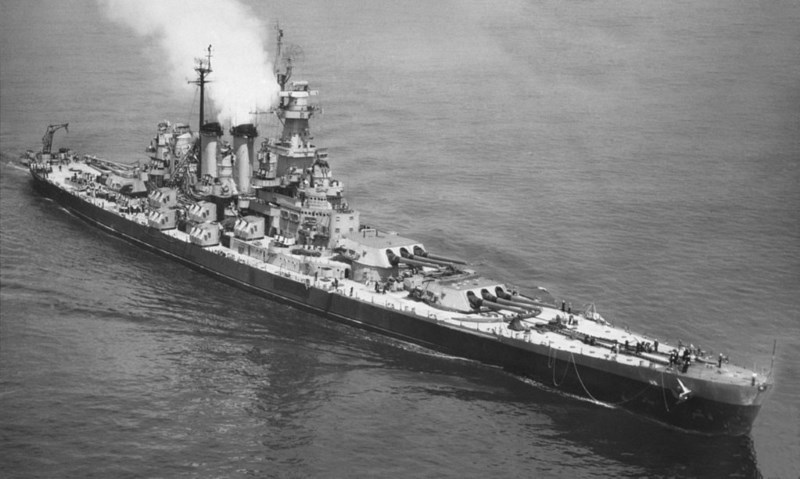 With a displacement of 47,449 tons, the American North Carolina-class battleships are in sixth place on this list. Two ships of this class were built: the USS North Carolina and the USS Washington. The design dates from 1935. The first ship entered service in 1941. Originally 14 inch caliber guns were foreseen for the North Carolina. After all, the United States took into account the international treaties on warships that were in force at that time. When in the course of the Second World War it became clear that Japan was not complying with international agreements, the 14 inch guns were quickly replaced by 16 inch guns. The two ships of this class reached a speed of 27 knots, were 222 meters long and 33 meters wide. 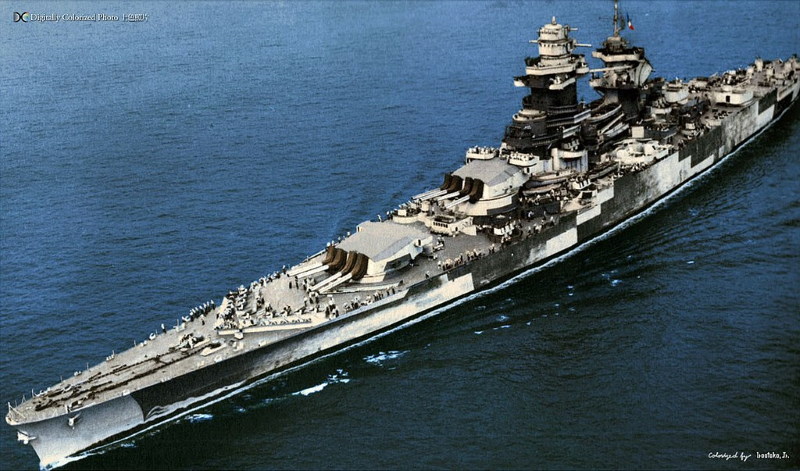 The French Navy commissioned the design of the Richelieu class in 1935. The first ship of this family, the Richelieu, was operational in 1940. During the design phase, France tried to comply with international treaty agreements on warships. The Richelieu was therefore “only” equipped with 15-inch guns and with low armor to keep the weight of the ship as low as possible. 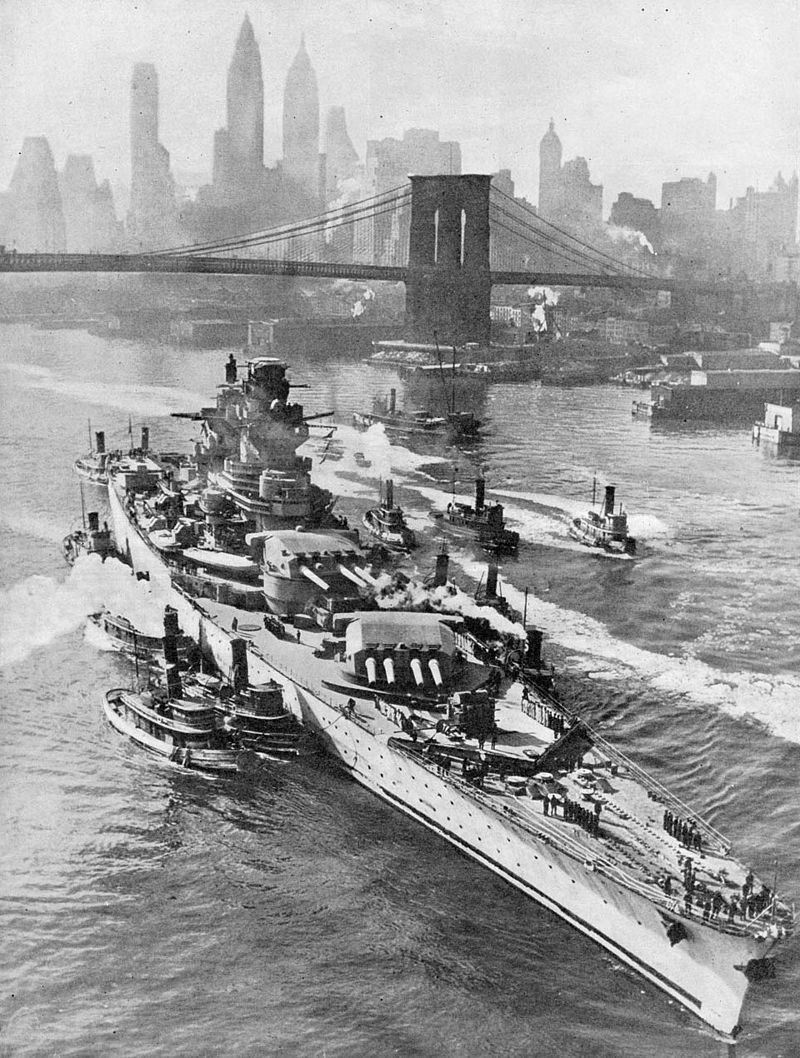 The second ship of this class, the Jean Bart, would not be fully finished until…. 1955, ten years after the end of the Second World War. No longer hindered by the restrictions of international treaties, the French developed the Jean Bart into one of the most powerful warships of the time. The Jean Bart got the latest electronic gadgets on board, such as state-of-the-art radar systems. In addition to the 15-inch guns, additional armament was added, including 6-inch guns and 3.9-inch anti-aircraft guns. The displacement of the fully loaded Jean Bart amounted to 48953 tons. 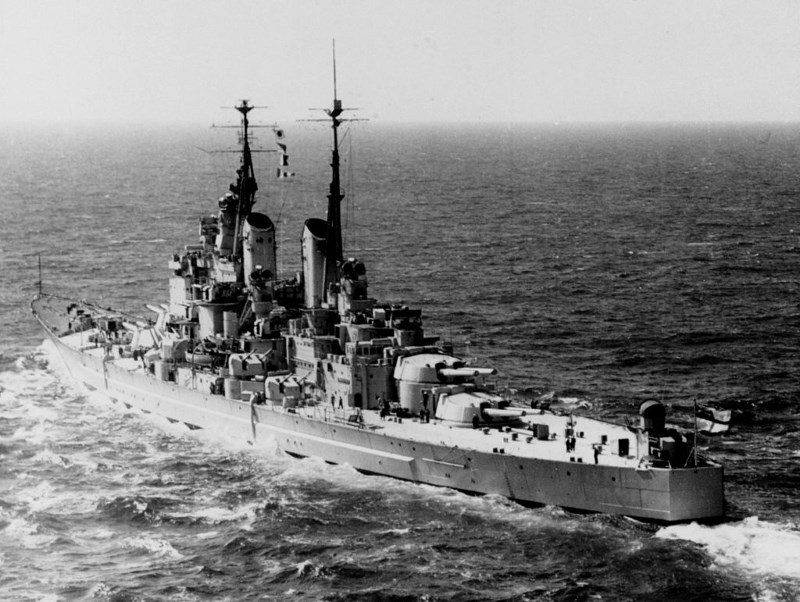 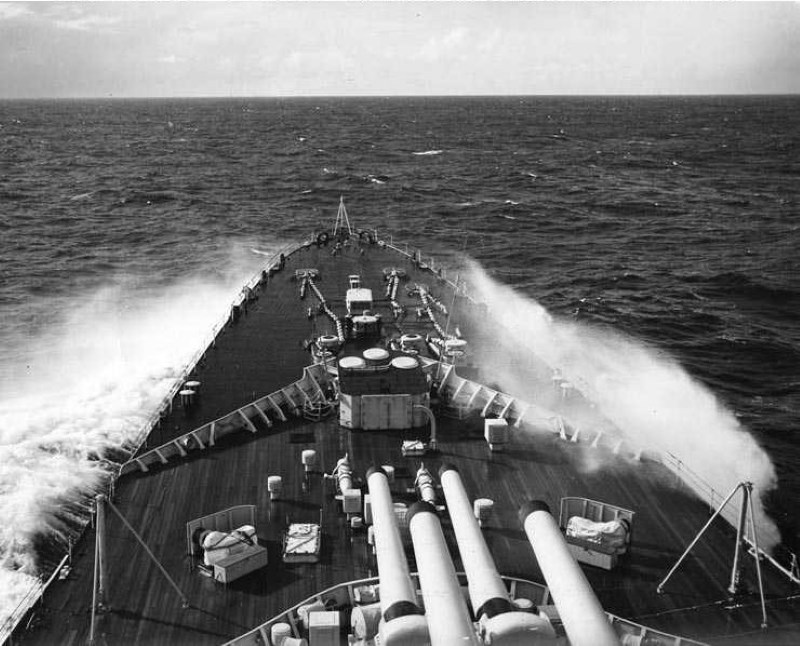 HMS Vanguard had a displacement of 52245 tons. The battleship was 248 meters long and 33 meters wide. With a speed of 30 knots, armament with 15 inch guns and strong armor, the Vanguard was one of the most powerful battleships of the 1940s and 1950s. However, the ship would never be used in wartime. 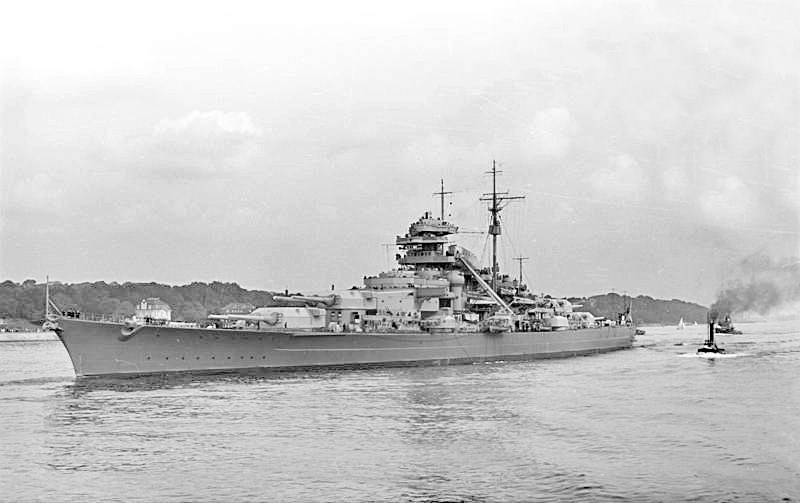 The largest European battleship built for the German naval forces was the Tirpitz. Tirpitz belonged to the German Bismarck class together with its sister ship Bismarck. The Bismarck ships were designed for the German Kriegsmarine in the 1930s. The Bismarck entered service in 1940, but was sunk by the British after the naval battle in the Denmark Strait in retaliation for the loss of HMS Hood. The Tirpitz was more heavily equipped than the Bismarck. The battleship reached a displacement of 52,631 tons, was 254 meters long and 36 meters wide. Tirpitz sailed a maximum of 31 knots and carried 15 inch guns. The battleship sank after British bombing in 1944. 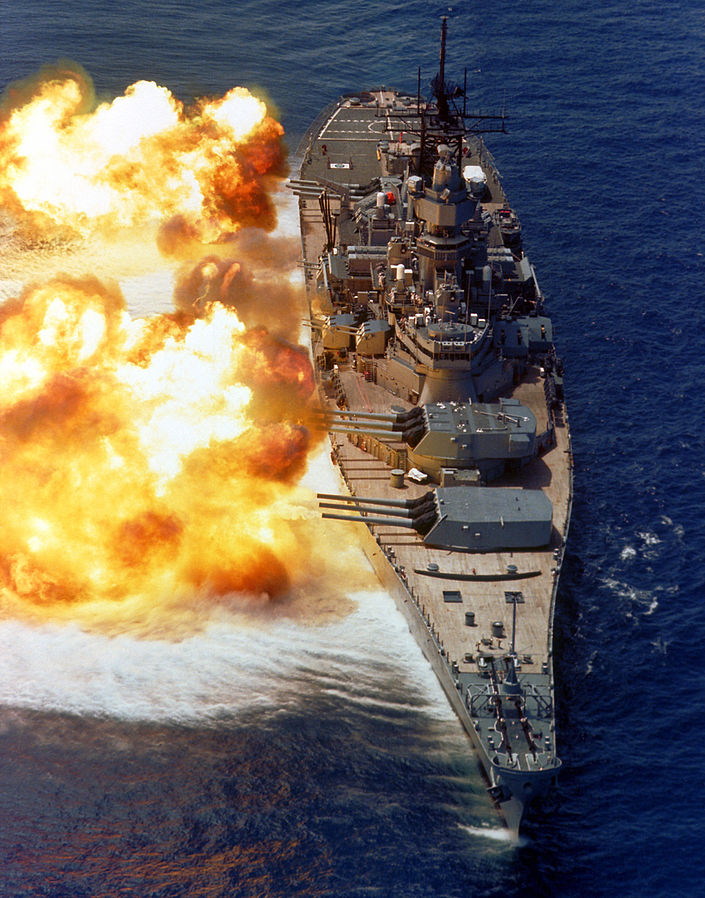 The Iowa-class battleships were the last to be commissioned by the United States. They became the most impressive battleships ever in the service of the US Navy. Four examples were finished: USS Iowa, USS New Jersey, USS Missouri and USS Wisconsin. They had a displacement of 58,463 tons, with a length of 270 meters and a width of 33 meters. The Iowa ships were equipped with powerful 16-inch guns and could reach a speed of 32.5 knots. 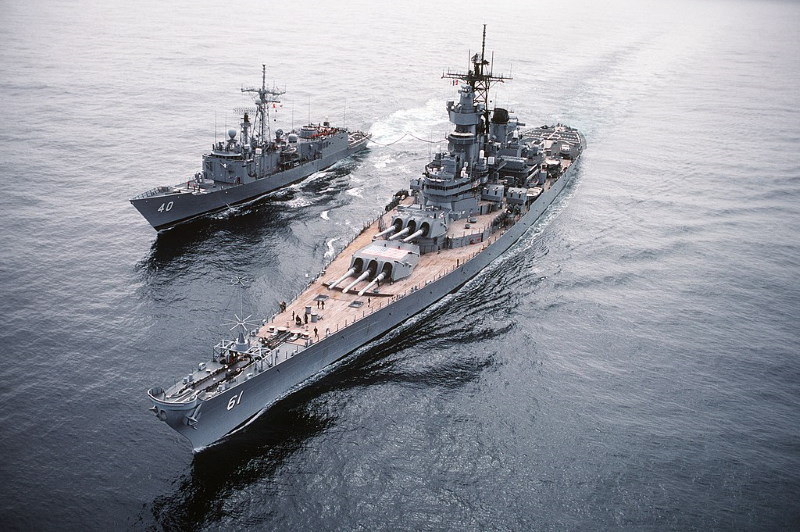 After World War II, the Iowa ships remained in service for a long time. They were used in the Korean War, the Vietnam War and even the Gulf War of 1990. In 2006 the US Navy deleted all Iowa ships from the ship register. They are now open to the public as museum ships. 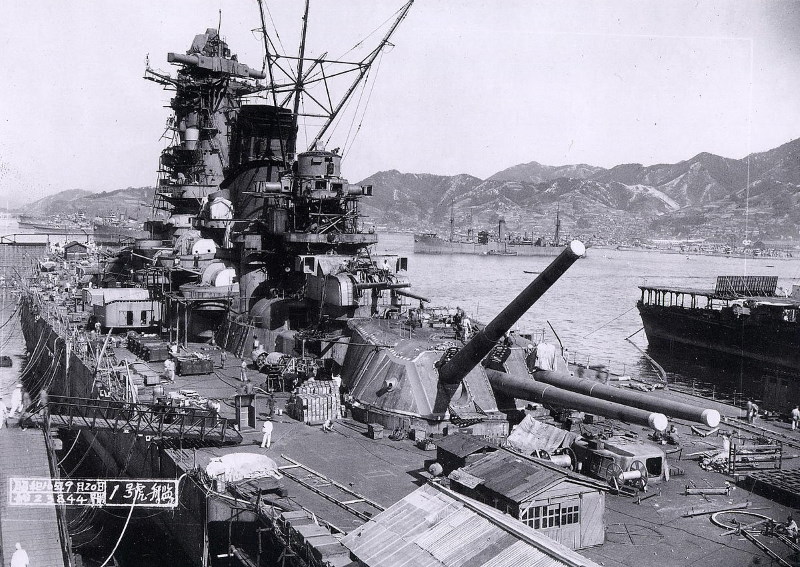 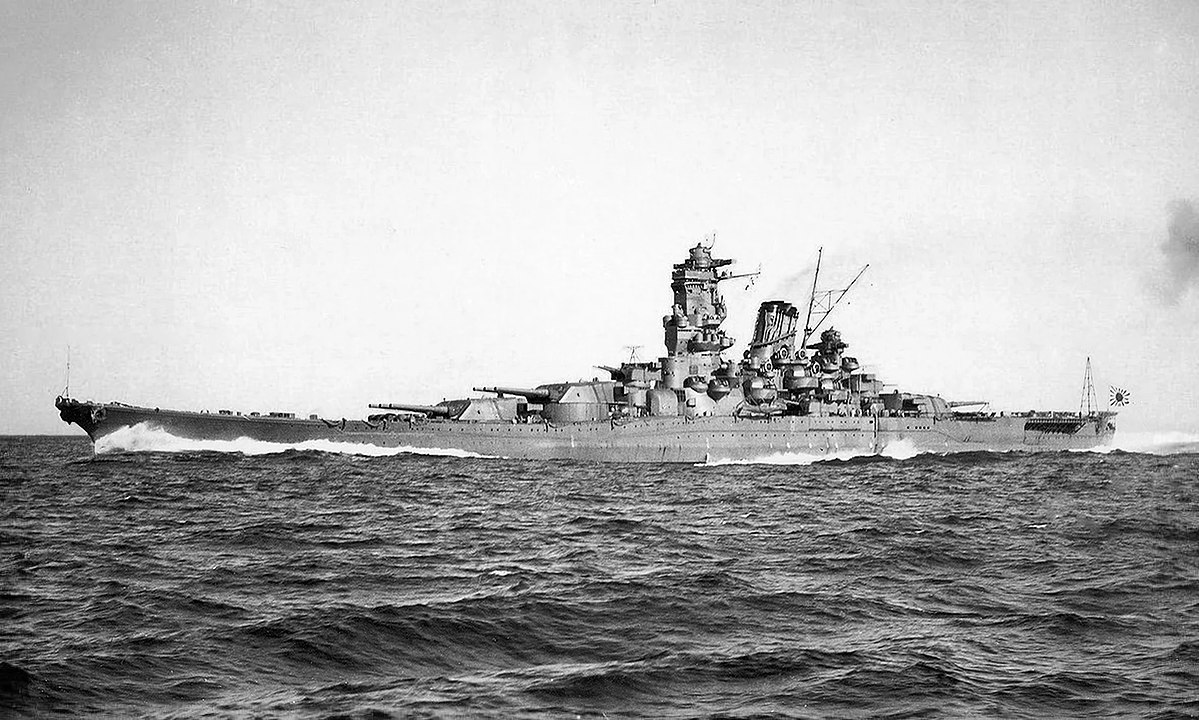 At the forefront of our list are the Japanese Yamato-class battleships. Together with sister ship Musashi, Yamato was the largest battleship in the world. The Yamato class entered service in 1941. Both Yamato ships had impressive figures: a displacement of 72,809 tons (fully loaded), a length of 263 meters, a beam of 37 meters and a maximum speed of 27 knots. Japan ignored international treaties and equipped the Yamato ships with 18.1 inch guns and extra thick armor. The Yamato was sunk by the US Air Force in April 1945. Sister ship Musashi had sunk a year earlier, in October 1944, after an attack by US fighters.