Bats are a nightmare for some people, while others think they are beautiful animals. Whatever you think of them, they can grow impressively large, there are flying foxes that have a wingspan of over 1.5 meters!

Bats are mammals, which is special because they can fly. It is the only mammal that can fly. There are more than 1,200 different bat species, which means that 1 in 5 mammal species belongs to the bats. 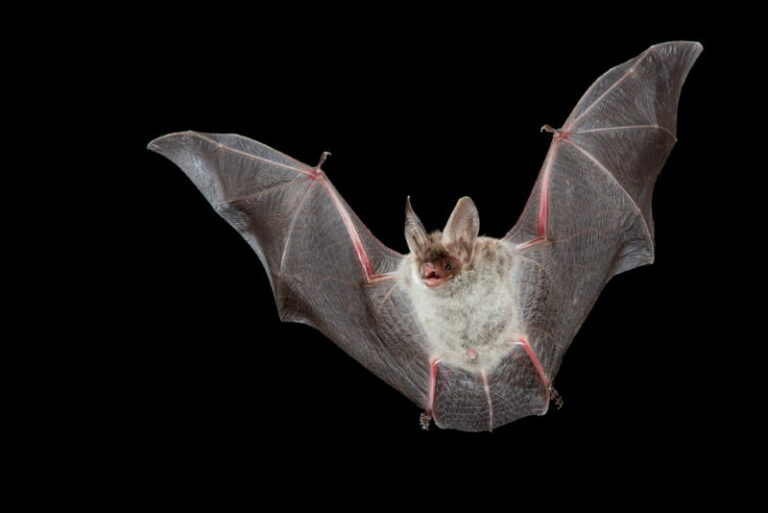 The eared bat is the largest bat that occurs in Europe. The eared bat has a head-body length of 65 to 89 millimeters and a weight of 28 to 40 grams. 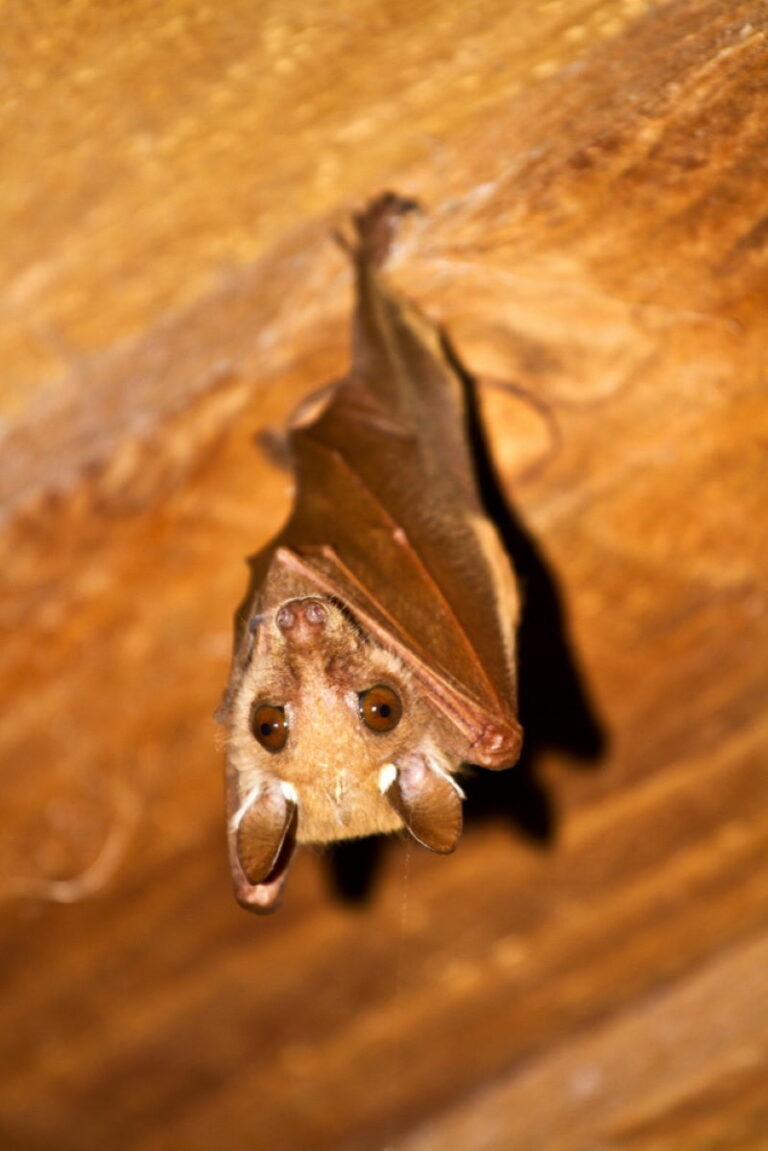 This bat is a lot bigger than its predecessor, because the Wahlberg bat can weigh no less than 130 grams. The bugs live in the south of Africa and they have an easily recognizable appearance. For example, this bat species has white tufts of fur around its ears. His big eyes also make him stand out. The males are slightly darker than the females and they have more noticeable tufts of hair on their shoulders. 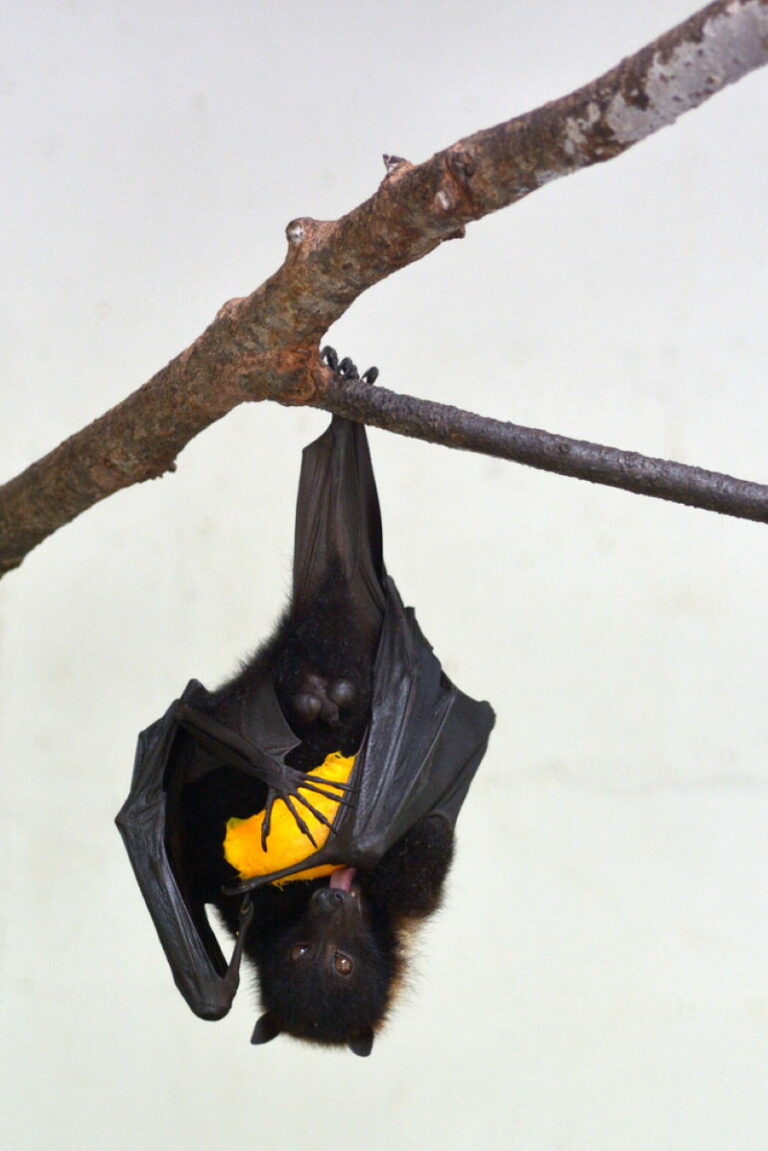 It is, of course, clear in which part of the world the Fiji monkey-headed bat lives. The bats are only found on the island of Fiji, where they are unfortunately threatened with extinction. They have a weight of approximately 250 grams and have a very striking appearance. Their fur has a bright orange color and their eyes are the same color. The coat is also nice and thick, sometimes so thick that you cannot see their ears at all. 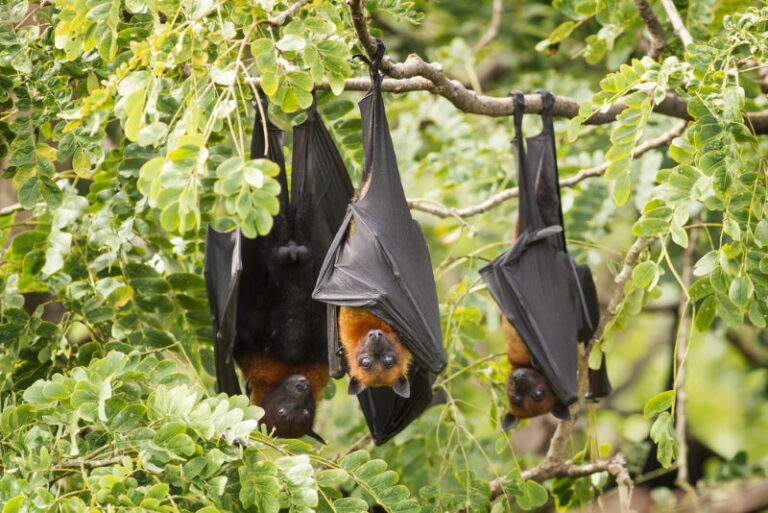 This beautiful bat has a slightly larger habitat, as it is found in parts of Cambodia, Vietnam, Thailand and China. Unfortunately, these animals too are slowly but surely dying out, in part because farmers are killing them for food. They are beautiful animals that are extremely social. They live in a large colony and sleep in a large group during the day. At night they become active and look for a tasty snack. These bats can reach a weight of 310 grams. 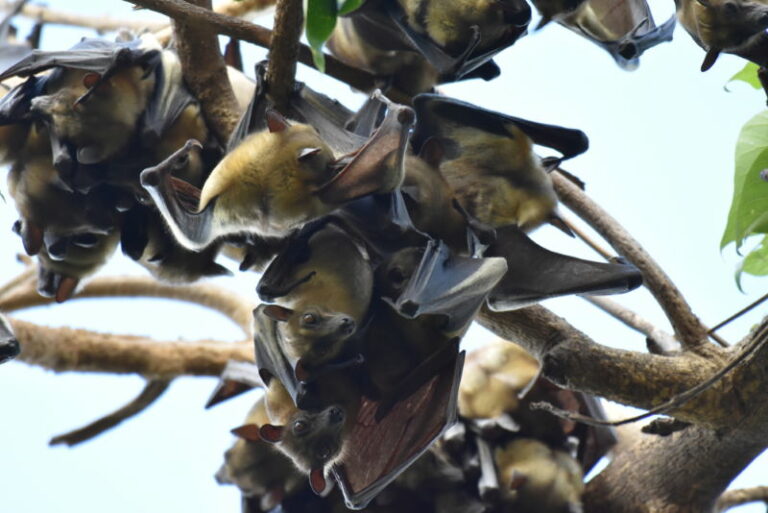 This bat lives in part in sub-Saharan Africa and inhabits parts of the Middle East. It gets its name from its large yellow collar, which looks like a small palm. These are also very social creatures that can easily live in groups of a million bats. They also always leave the group in smaller groups, so they are almost never alone. The straw-coloured fruit bat lives entirely on fruit, yet it easily weighs 340 grams. 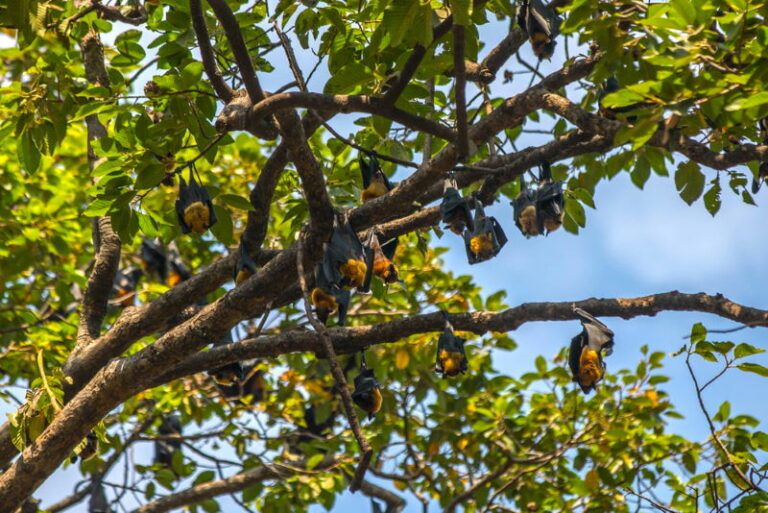 The Mariana fruit bat is named after the place where these bats mainly live: the Mariana Islands. The inhabitants of this archipelago find the meat of the bat a real delicacy. Unfortunately, as a result, the animals are hunted a lot, causing their numbers to decrease further and further. The Mariana fruit bat can reach a weight of 450 grams and has a head that reminds you of a dog. 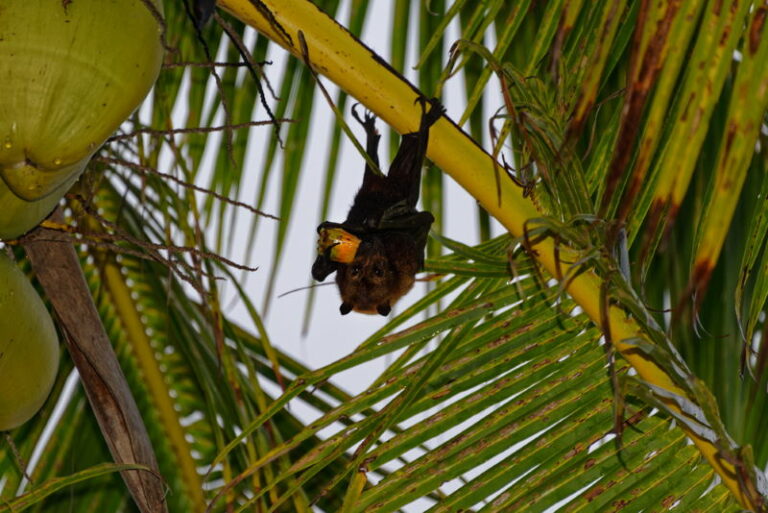 This bat species lives on the islands in the Pacific Ocean. The Insular flying fox prefers to live in lower areas, such as forests, rainforests, wetlands and swamps, but occasionally also occurs in mountain areas. Some creatures are a bit more adventurous and prefer to stay near people. This has its advantages, because here they find enough flowers from which they can get nectar. They are big bats that can easily reach a weight of 600 grams. 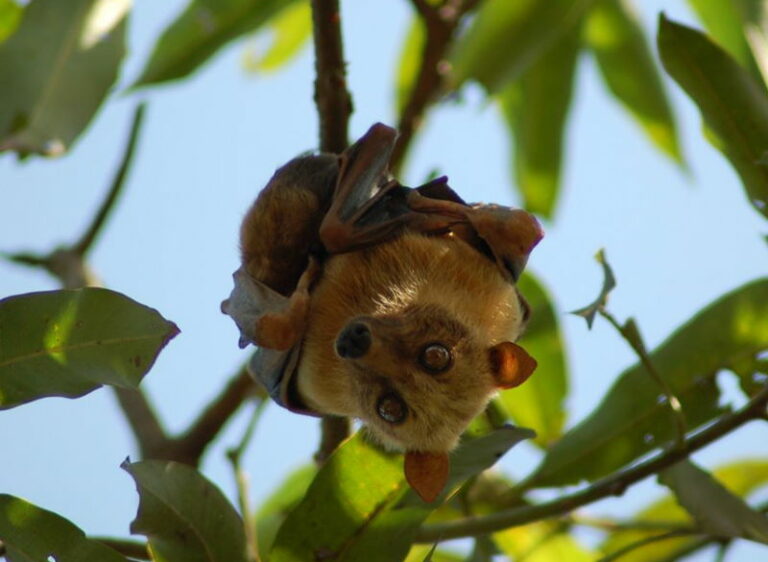 The Sulawesi flying fox has a beautiful golden color and only lives on fruit. They prefer to eat coconuts, but they also target the fruits of the bread tree. These bats live in a limited area, as they can only be found in Indonesia. They mainly live in quiet areas where hardly any people come, such as mangroves. Their love for fruit has an important function, because that’s how they spread seeds. They reach an average weight of 700 grams. 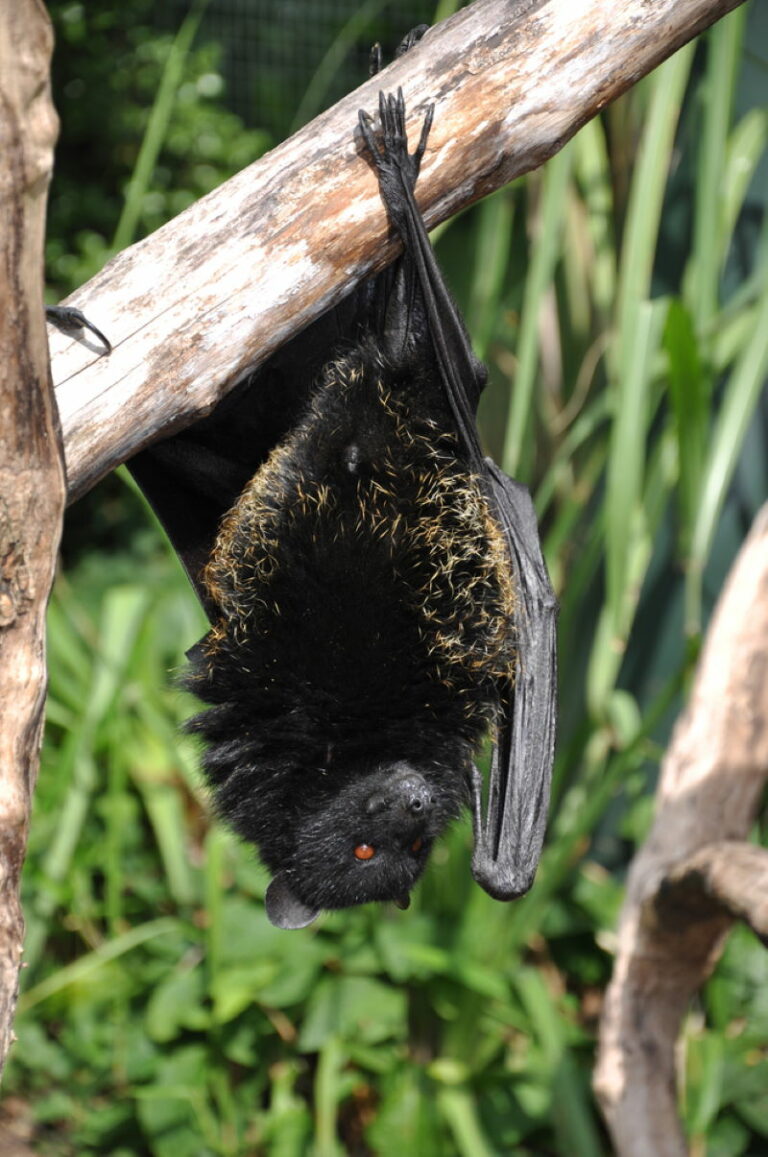 This bat also owes its name to the place where you mainly find it, namely on the islands of the Comoros. The bugs weigh almost 800 grams and are therefore big bats. He has a striking appearance, because his coat is almost completely black. The longer hair on his back and chest has a golden color. Unfortunately, the Livingstone’s fruit bat is in danger of extinction as its habitat continues to shrink. 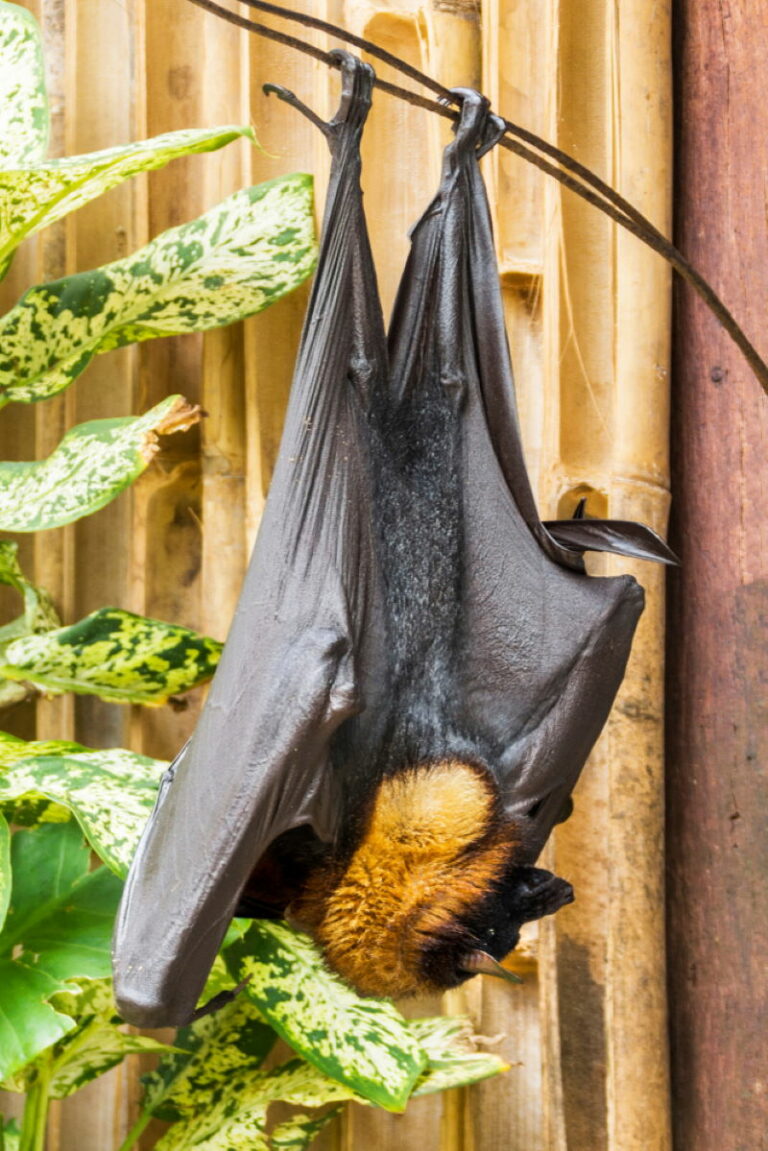 The Philippine flying hound is a lot bigger than its predecessors on this list. The bat can weigh 1.4 kilos and its wings have a wingspan of about 1.5 meters. He can fold these long wings all the way around himself when he is resting. This bat also mainly eats fruit, but sometimes it nibbles on leaves in the tree. They are only found in the Philippines, unfortunately they are threatened with extinction due to deforestation and the hunting of these animals.