Aircraft carriers play a major role in military operations. Fighter jets and helicopters can take off and land from these gigantic ships. Aircraft carriers ensure that the range of the air force is expanded enormously.

In the First World War, the first ships that could take a few planes appeared. After WWI, the development of aircraft carriers got under way. 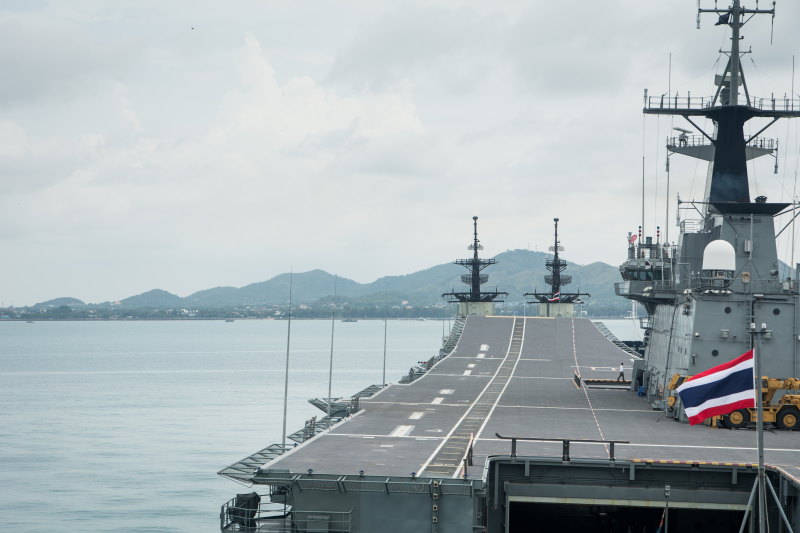 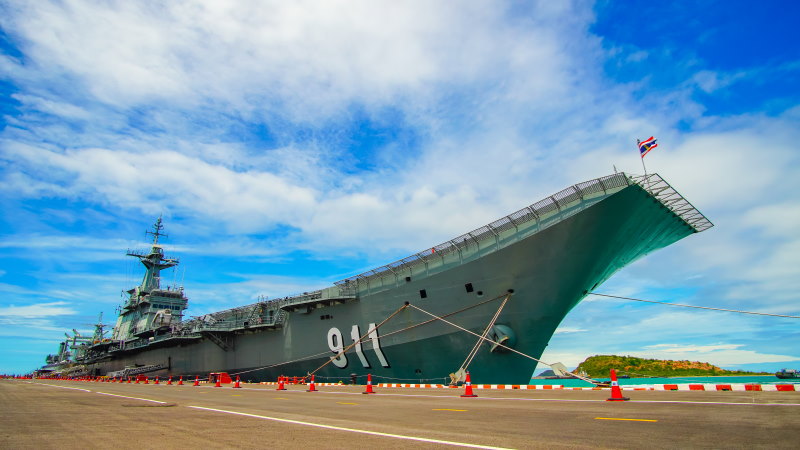 When the economic crisis also hit Thailand in the late 1990s, the Thai government put all major plans for the Chakri Naruebet on hold for the time being. Today, the Chakri Naruebet almost exclusively sails to transport the Thai royal family. There is not a single plane on the large aircraft carrier. The Chakri Naruebet is 183 meters long and 22 meters wide. The displacement is 10,000 tons. The ship reaches a speed of 26 knots. 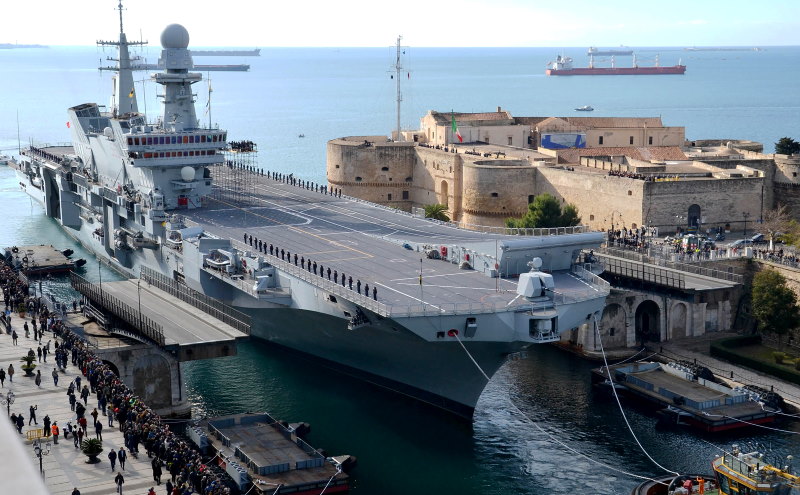 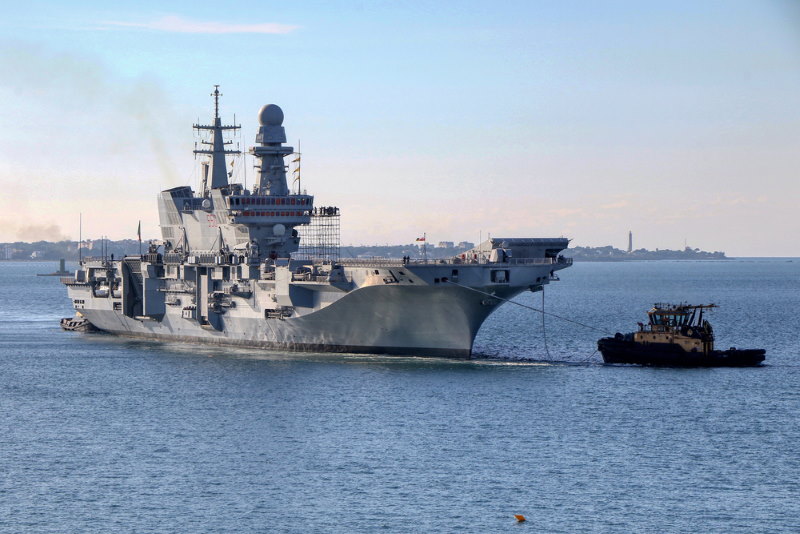 The Cavour is designed to conduct military operations with ten aircrafts and twelve helicopters. The aircraft carrier can also carry 24 tanks, more than 100 military all-terrain vehicles or 50 armored vehicles.

However, the Cavour’s first mission was not of a military, but of a humanitarian nature. In 2010, the Italian government sent the Cavour with men and equipment to Haiti to provide relief after a major earthquake. The aircraft carrier is 244 meters long, 39 meters wide. 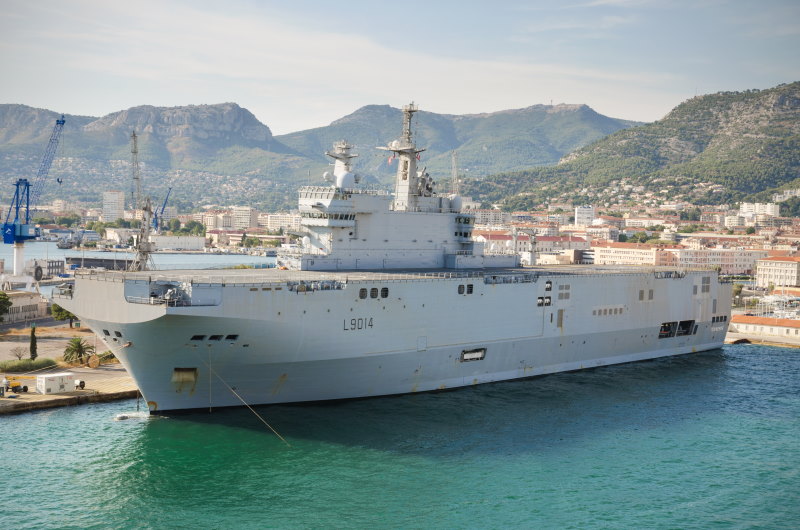 This is the first French Navy aircraft carrier to use nuclear propulsion. Construction of the ship began in 1989, but it was not until May 18, 2001 that the finished ship entered service. 40 aircrafts fit on the Charles de Gaulle, including the French fighter planes Dassault Rafale and Dassault Super-Etandart. The American radar planes E-2C Hawkeye and the French Dauphin helicopters are also deployed on the Charles de Gaulle. 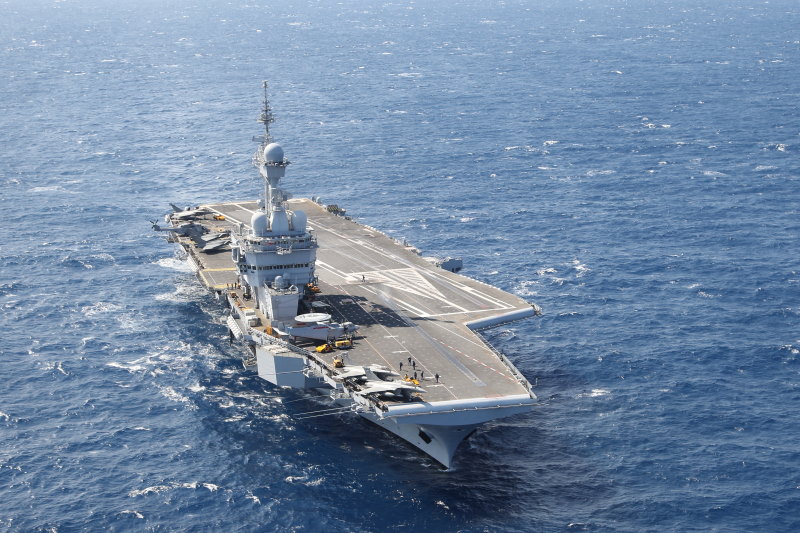 During construction, it turned out to be necessary to change the original plans. The engineers extended the deck and applied other screws as well, because the original screws showed flaws. The construction of the aircraft carrier therefore cost a lot more than originally estimated. The length of the Charles de Gaulle reaches 262 meters. The width of the fuselage is 31.5 meters, while the width of the flight deck increases to 64.36 meters. The ship has a draft of 9.43 meters and has a maximum speed of 27 knots. 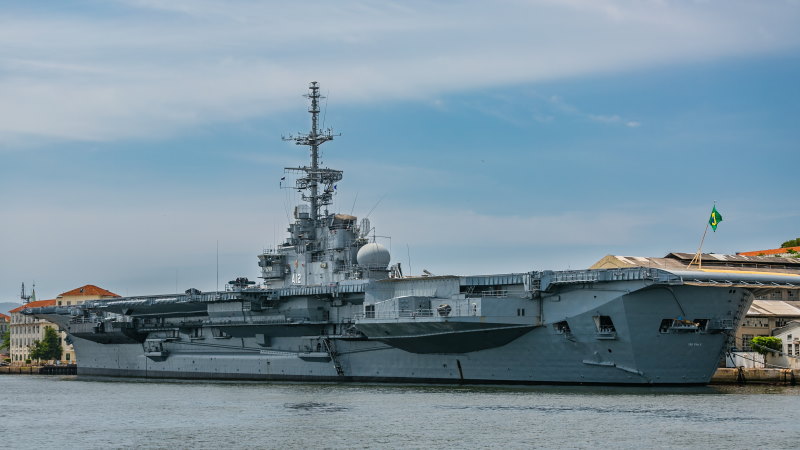 This aircraft carrier first belonged to the French Navy, under the name “Foch”. The French used the ship from 1963 to the year 2000. Then the above mentioned “Charles de Gaulle” took the place of the Foch. The French sold the Foch for $12 million to the Brazilian Navy, who renamed the ship “Sao Paulo”.

Brazil originally wanted to thoroughly renew Sao Paulo, so that the aircraft carrier could remain in service until at least 2039. However, this proved too expensive. The Sao Paulo was therefore decommissioned in 2017. Because of this decision, the United States remains the only nation in the Western Hemisphere that employs aircraft carriers. Sao Paulo was 266 meters long and 51 meters wide. The ship reached a maximum speed of 30 knots. 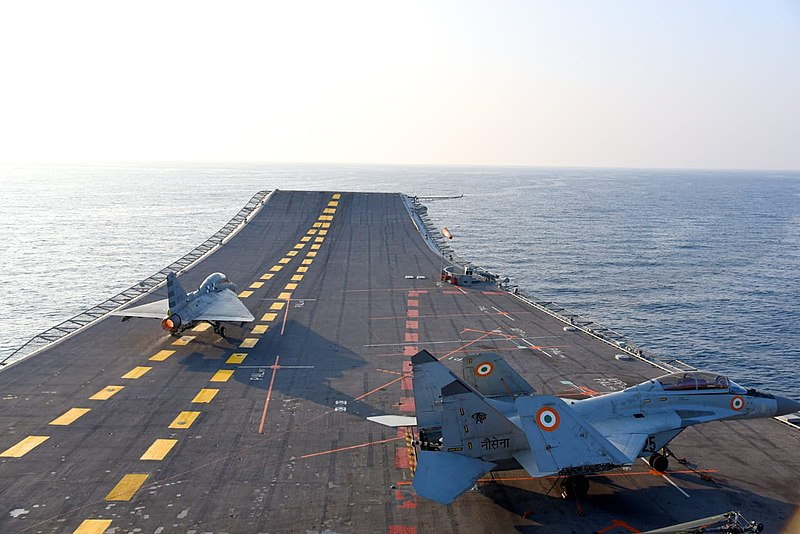 The flagship of the Indian Navy, the INS Vikramaditya, has been in use since 2013. The name “Vikramaditya” is Sanskrit for “As brave as the sun”. The ship previously served in the Soviet Russian navy and subsequently in the Russian Navy under the name “Baku”. 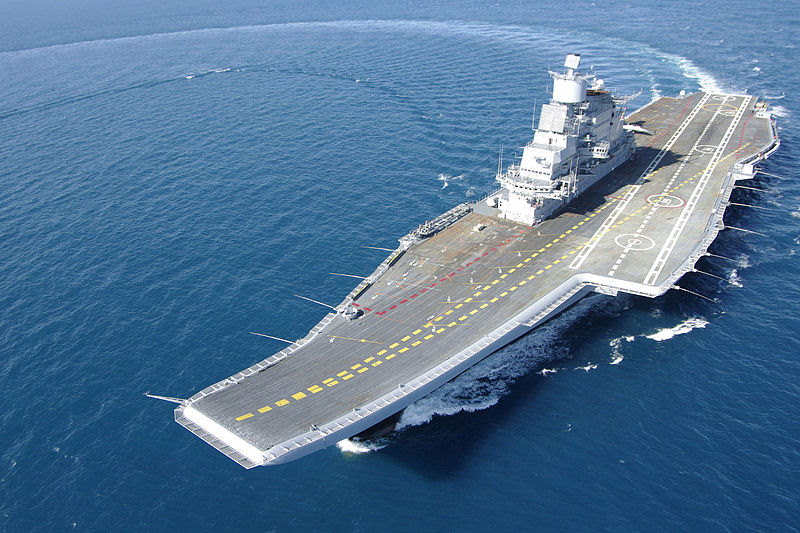 India bought the aircraft carrier from the Russians in 2004 for $2.35 billion. The ship was thoroughly refurbished and renewed. After many delays, discussions about the budget and the necessary tests, the INS Vikramaditya was finally delivered to India in 2013 by the Russians. Since 14 June 2014, the aircraft carrier has been a full part of the Indian fleet. The INS Vikramaditya is 283.5 meters long and up to 59.8 meters wide. The ship reaches a maximum speed of over 30 knots. The Vikramaditya can contain 36 aircrafts. 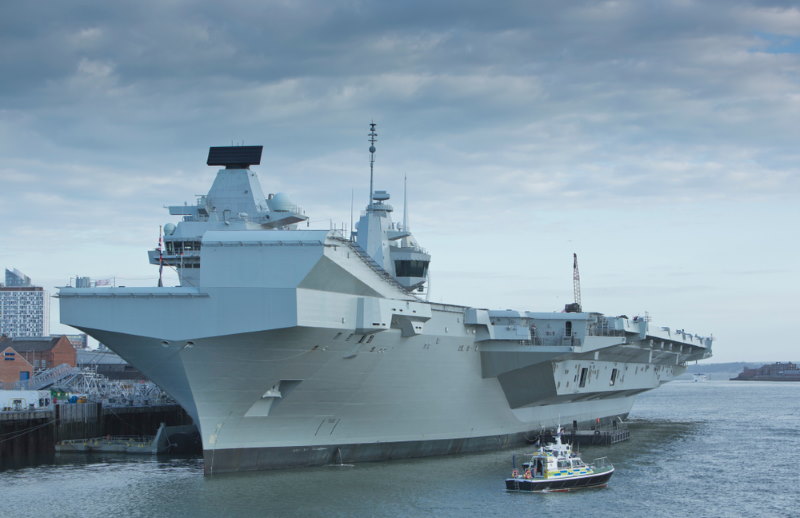 The United Kingdom is introducing two new Queen Elizabeth-class aircraft carriers. Two ships of this class are intended to be fully operational after 2020. The first ship, the HMS Queen Elizabeth, has been in operation since 2017. By 2020, this ship should be fully equipped with the planned aircraft and helicopters. This is expected to be 40 F-35 Lightning II fighter jets, along with four helicopters. The Queen Elizabeth class ships reach a length of 284 meters, are up to 70 meters wide and reach 25 knots. 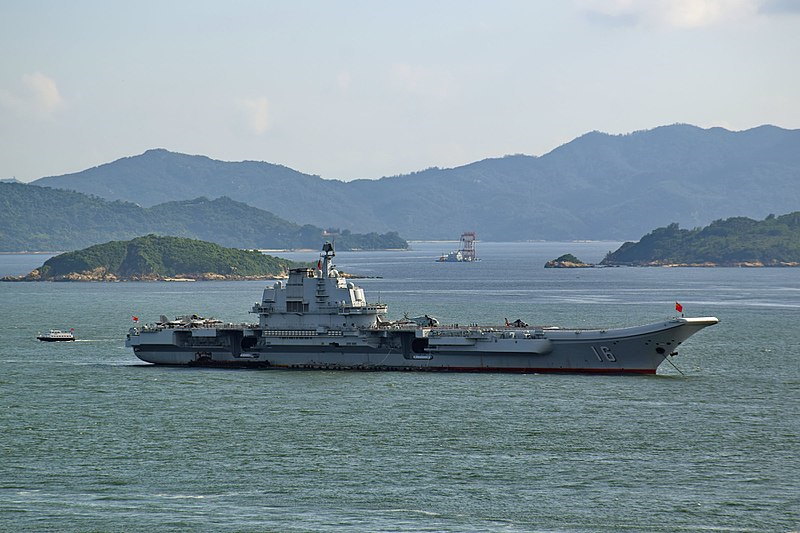 This large aircraft carrier got the name of the Chinese province in which it was built, Liaoning. The ship entered the service of the Chinese army in 2013. Originally it was destined for the Soviet Union, with the name “Varyag”. The ship was launched in 1988, but was yet to be completed. After the dissolution of the Soviet Union, the ship came into the hands of Ukraine. In 1998, China bought Ukraine’s unfinished aircraft carrier for $ 20 million. The unfinished colossus was towed along the coast of Africa to China. On September 25, 2012, the Chinese Navy finally commissioned the ship, with the new name “Liaoning”. 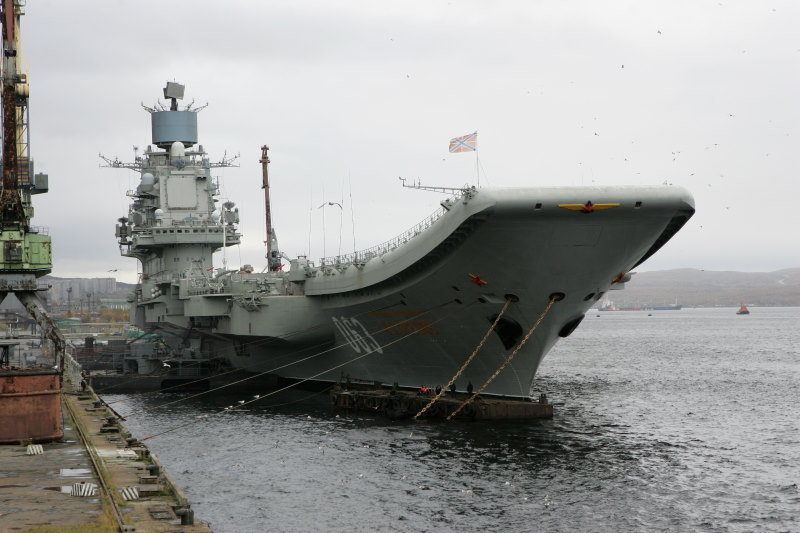 The aircraft carrier has experienced a number of things over the years. In 2009 it leaked some 300 tons of fuel oil southwest of Ireland. In 2018 it was damaged in a dock in Murmansk. In 2019, a fire broke out in the engine room. The Admiral Kuznetsov was used, among other things, in operations in Syria. The ship is 306 meters long, 72 meters wide and sails at a top speed of 29 knots. 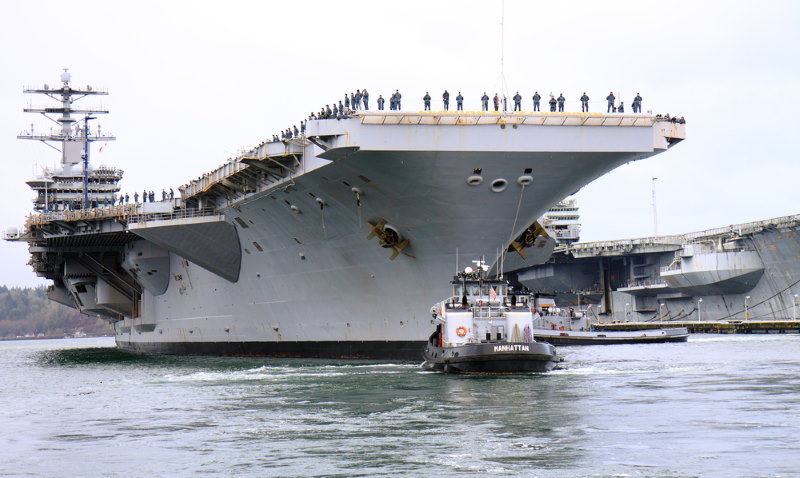 The Nimitz class is a family of ten nuclear-powered super aircraft carriers of the United States. The ships have two nuclear reactors on board and only need to replenish their fuel every fifteen years. In 1975 the US Navy commissioned the first ship of its class; the provisionally last copy was put into use in 2010. 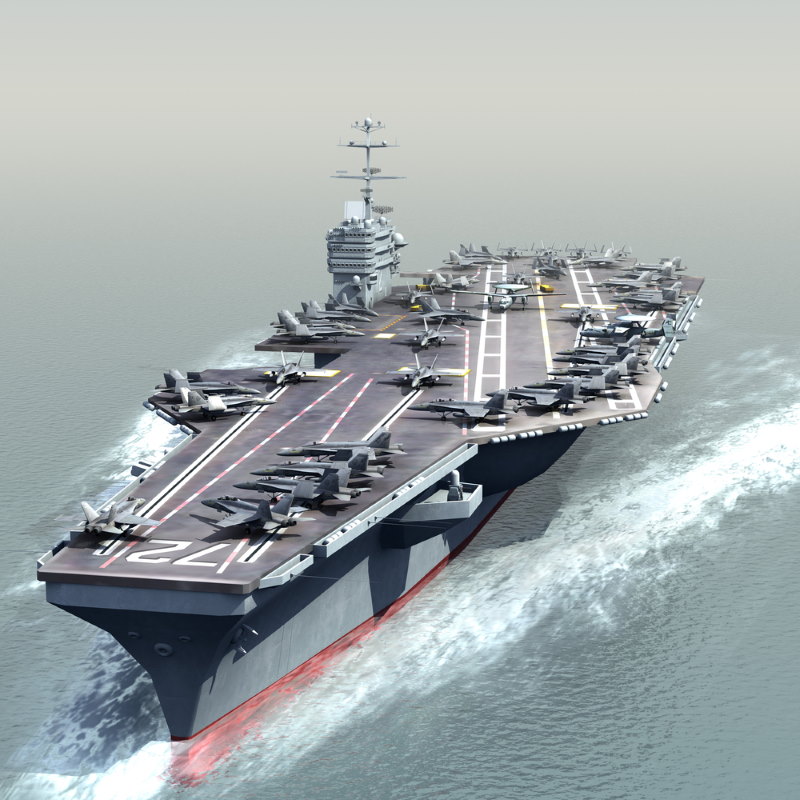 Nimitz aircraft carriers took part in operations in Iraq and Afghanistan, among others. About 85 planes or helicopters fit on a Nimitz. The mastodons are 317 meters long, have a draft of up to 12.5 meters and sail at a maximum speed of 31.5 knots. 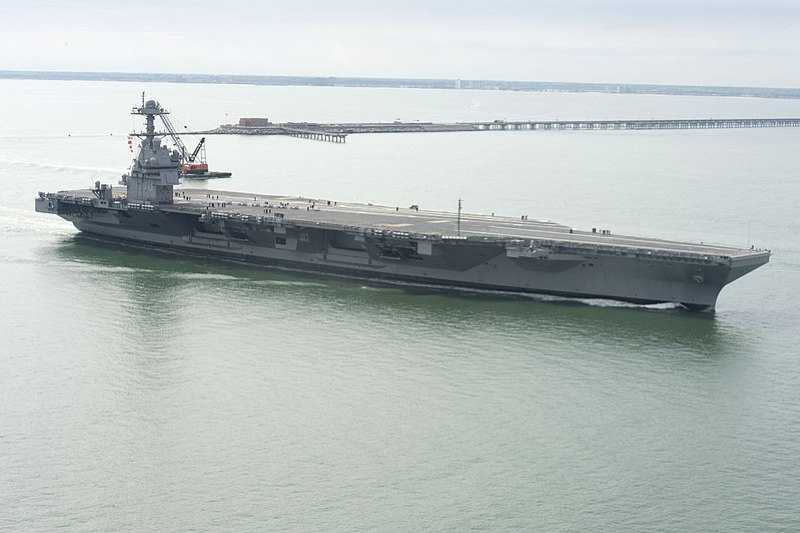 Until 2017, the Nimitz-class ships were the largest aircraft carriers in the world. However, new aircraft carrier Gerald R. Ford changed that. This ship was the first of a brand new class to follow the Nimitz class. The ships of this family have two modern nuclear reactors. 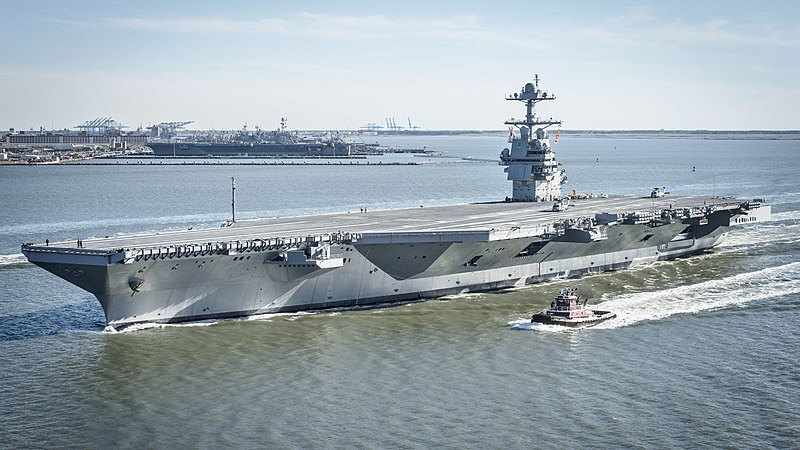 The Gerald R. Ford ships cost about $ 13 billion. They can board 75 planes and helicopters. They are the largest and most expensive aircraft carriers ever built for the US Navy. The ships are no less than 337 meters long. The maximum width of the deck is 78 meters. Despite their enormous size, the ships reach speeds of over 30 knots.