Whether they’re used for titillating, comedic or depressing purposes, nothing beats a good old fashioned movie stripper. Some of the most famous and most beautiful actresses in the world have taken on the role of a stripper; sometimes in a bid for Oscar glory but most of the time just to show off what they’ve got. Whether the scenes are set in a dank, sleazy nightclub, hotel bedroom or a classy, private booth, some of these iconic cinematic stripper moments make these movies well worth watching.

Seen by many as an excuse for Demi Moore to prove that a.) she still had it, and b.) her recent chest-enhancing surgery looked pretty fantastic, Striptease is a weird comedy-drama which features Moore as a single mother who resorts to stripping to pay her legal fees so she can fight for custody of her daughter. It’s a cliched premise and the movie swept the board at the 1996 Golden Raspberry Awards (aka the Razzies) winning 6 awards which included Worst Actress and Worst Picture, but its stripping scenes at least make it a little bit more watchable.

9. Salma Hayek – From Dusk till Dawn

Horror crime thriller From Dusk Till Dawn helped launch Salma Hayek’s Hollywood career, and it’s easy to see why. On the run from the cops and with hostages in tow, outlaw siblings the Gecko Brothers seek refuge at the sleazy roadhouse club The Titty Twister. Treated to a performance by Hayek’s stripper character Santanico Pandemonium, the Geckos watch on as the Mexican beauty shows off her curvy assets and dances to a sexy Latin beat while wearing a huge snake draped around her shoulders. Ditching the slithery reptile, she calmly walks across the bar tables and singles out a very lucky Quentin Tarantino by putting her foot in his mouth and pouring tequila down her leg for him to lap up (Tarantino, a self-confessed foot fetishist, co-wrote the movie, so it’s fair to say he probably put that scene in there). Although she sadly turns into a pretty unattractive looking vampire shortly after this solo performance, it’s one hell of a sexy entrance. Hayek also revisited her stripper side some years later in Dogma. Playing the heavenly muse Serendipity in Kevin Smith’s blasphemous comedy, Hayek proved that even geeky looking angels can be sexy as she dances away wearing pigtails and nerdy glasses to New Edition’s ‘Candy Girl’.

Not all stripper movies are as cheerfully sleazy and exploitative as others. In the ensemble drama Powder Blue, Jessica Biel plays a drugged up, strung out stripper with a son in a coma. The movie was largely ignored on release but the promise of a nude Jessica Biel probably earned Powder Blue a few rentals from people who weren’t really interested in all that drama. Biel gets plenty of opportunity to show off her sexy talents but the best scene has her straddling and twirling on a stripper pole before she splashes her ridiculously toned body with hot wax. It’s definitely the highlight of the movie and shows that Biel has another career that she can fall back on if the acting gigs even stop coming in.

Jamie Lee Curtis was a breakout sex symbol in the late 70s/early 80s, and the multi-talented actress wasn’t shy in showing off her talents in movies like Trading Places and Love Letters. However, Curtis’ sexiest moment came years later when she was cast as a dowdy housewife oppositeArnold Schwarzenegger’s superspy in James Cameron’s over-the-top action movie True Lies. Coerced into what she thinks is a top secret mission, Curtis is told to dance sexily for a shadowy figure in a hotel room. What she doesn’t know is that her husband created the mission as a ruse to ignite some passion into their marriage and that he is the mysterious stranger she is dancing for. The striptease is played for some laughs as she struggles with some of the more ambitious stripper moves, but it’s an undeniably sexy sight seeing Curtis as the repressed housewife writhing around in her matching underwear and pointy stilettos. Jamie Lee Curtis may have reached the ‘Mom’ phase of her career, but she proved that that wasn’t necessarily a bad thing when it came to bringing the sexiness.

6. Lindsay Lohan – I Know Who Killed Me

Attempting to shed her kid movie image, Lindsay Lohan starred in the weird psychological horror I Know Who Killed Me. Playing a stripper with a split personality problem, many watched the movie in the hopes of seeing the former Disney star reveal all. Sadly Lohan is an actress who chose to remain fully clothed in a sleazy strip club, but she still turns in a sexy performance in some of the slow motion strip scenes. In stripper movie tradition, I Know Who Killed Me was a big hit at the Razzies and Lohan enjoyed the dubious honour of receiving two acknowledgements for her performance; Worst Actress and both parts of the Worst On Screen Couple award.

Sin City is a movie with plenty of deadly prostitutes, sexy dames and femme fatales, but none of them can hold a flame to the stripper with a heart of a gold played by Jessica Alba. Gyrating on-stage with a lasso while wearing a studded bra and chaps, it’s another example of an actress wearing a little bit too much despite being a stripper (especially as it’s a dive bar and most of its patrons probably expect much more). However, Alba lights up the screen anytime she’s wearing next to nothing and director Robert Rodriguez (director of From Dusk Til Dawn) proved again that he really knows how to shoot a hot stripper scene.

Another ‘proper’ drama movie featuring a stripper, Closer is a talky melodrama which follows two pairs of couples examining their relationships. More importantly, it also stars Natalie Portman as the stripper. Portman is interrogated with deep, meaningful questions by Clive Owen as she dances for him in a private booth, but it’s hard to concentrate on the sharp dialogue when Portman is frolicking around in a pink bob wig and wearing a very revealing negligee.

Although it’s not quite a stripper scene as she doesn’t actually remove any clothing, Jessica Rabbit works the audience at the Ink and Paint Club in Who Framed Roger Rabbit with the seduction and sexiness of any great striptease. A female cartoon character who probably still stirs up many strange feelings when people watch the movie, Jessica Rabbit slithers and teases by showing just the right amount of flesh from her impossibly proportioned body. It’s easy to see why every character in the movie, toons and humans alike, just can’t resist her.

In recent years Jennifer Aniston has seemed determined to play against the typical ‘girl next door’ romantic roles that made her famous. Thank god she has because otherwise we would probably never have seen her play a stripper in the comedy We’re the Millers. Faced with a drug deal gone bad and a gun in their faces, the Millers have to prove that their not a real family and that they’re just pretending to be one so that they can easily transport drugs over the Mexican border. Aniston’s character gamely proves that she is actually a stripper and not a mom by performing a makeshift striptease in a factory. Making full use of steam pipes and conveniently placed overhead water buckets, the 44 year old Aniston proves that she’s still got what it takes.

Critically panned on release, Showgirls was cult director Paul Verhoven’s attempt at an erotic thriller which sadly had all the quality of a late night made-for-TV movie. It is however a surprisingly watchable guilty pleasure, helped in no small measure by the gratuitous nudity on display. Former Saved by the Bell alumna Elizabeth Berkley is the young fish out of water who gets embroiled in the backstabbing, competitive world of showgirls, and the actress gamely goes full frontal in some of the movie’s many stripper scenes. Unashamedly sleazy and raunchy, Verhoeven to his credit seems to be one of the few filmmakers on this list who has actually been to a strip club as the one thing Showgirls gets right is the stripping. Like other great stripper movies on this list, Showgirls was a success at the Razzie awards and won a then-record seven awards in 1995 (Verhoeven even showed up to collect them), but Showgirl’s notoriety made it a commercial success at the box office and, perhaps unsurprisingly, it was a very popular release when it arrived on the home video market 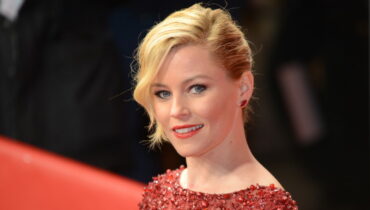 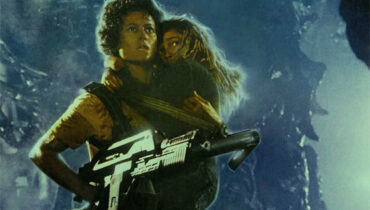