Horror comics have always been a firm favourite of comic book fans since they were first introduced in the early 1940s. Although the genre has never quite managed to repeat the massive levels of success it had in the 1950s and 1970s when the popularity of horror comics was at its peak, it still continues to attract acclaimed visionary writers and artists who are dedicated to disturbing their loyal readers.

Just when the world had seen enough of vampire love stories, DC Comics gave the horror legends a much needed shot in the arm. I…Vampire originally ran in DC’s House of Mystery anthology series during the 80s but it was rebooted by writer Joshua Hale Fialkov as part of the New 52 line-up. Fialkov gave the vampire mythos a new spin by focusing on two vampire lovers who are on different sides of a war; one wants to rule humanity, while the other wants to protect them. I…Vampire was a smart series with gorgeous artwork which set itself apart from DC’s superhero line-up while still maintaining the ambitious scope of some of its bigger titles. Unfortunately, it was cancelled after 19 issues, but Fialkov managed to wrap things up satisfactorily. 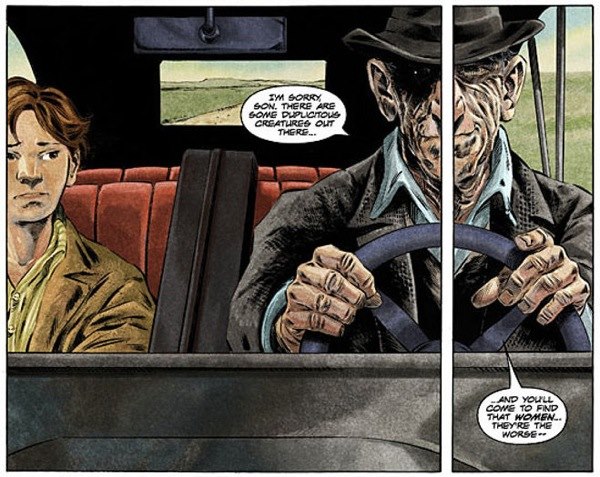 Set primarily in the 1920s, Severed tells the story of young boy who heads out on on America’s dusty back roads and hobo trails in the hopes of finding his biological father. However, it’s not long before he crosses paths with a mysterious, cannibalistic child killer called the Salesman. Severed was a self-contained, 7 issue story arc so it’s only a short read, but Scott Snyder paces the story brilliantly and keep up a devastating sense of dread until the very last panel.

8. Tales from the Crypt (EC Comics) 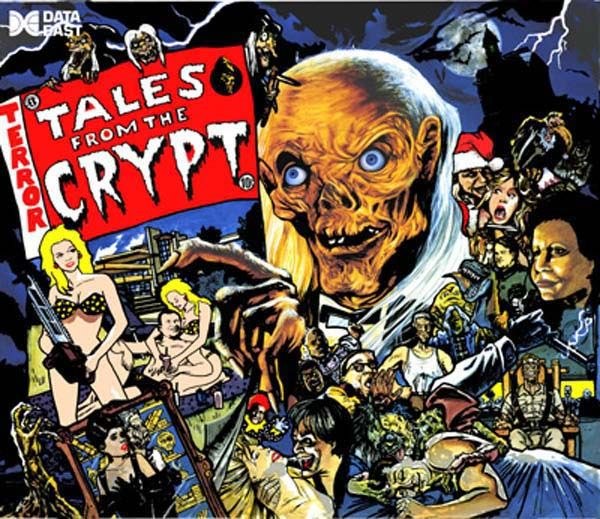 Although modern day horror fans may think that some of the stories from the original Tales from the Crypt series published in the 1950s are a little bit cheesy by today’s standards, it’s hard to underestimate the influence and impact the series had on the comic book industry. Along with other horror titles of the time, the pulp horror anthology came under attack by the United States Congress in 1954 as critics believed that the content of such comics were contributing to things like juvenile delinquency and illiteracy in schools. This led to the establishment of the Comics Code Authority which massively restricted the type of adult content (like violence and sexual references) allowed in comic books, and the horror genre was outright banned. The series lived on as a popular spin-off TV show which drew inspiration from some of the inventive, classic horror stories from the original comics. 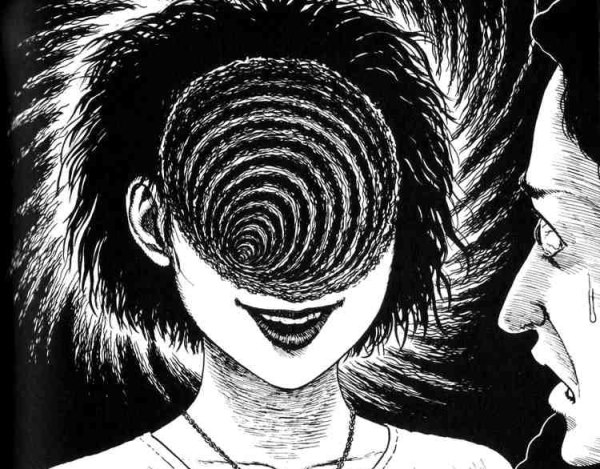 Cult manga hit Uzumaki is a nasty horror gem which follows the inhabitants of a small town as they inexplicably become obsessed with spiral patterns. What starts out as one or two townsfolk being captivated by the shapes eventually leads to a bizarre, supernatural conspiracy which consumes the entire town and turns it into an inescapable labyrinth. Admittedly, the story and characters are a little half-baked and logically inconsistent at times, but the appeal of Uzumaki lays in its disturbing artwork and the creepy ideas drawn from the premise. With highly detailed, life-like black and white illustrations, writer and artist Junji Ito conjures up some truly surreal imagery as the victims of the spiral curse twist and contort their bodies into strange coil patterns. 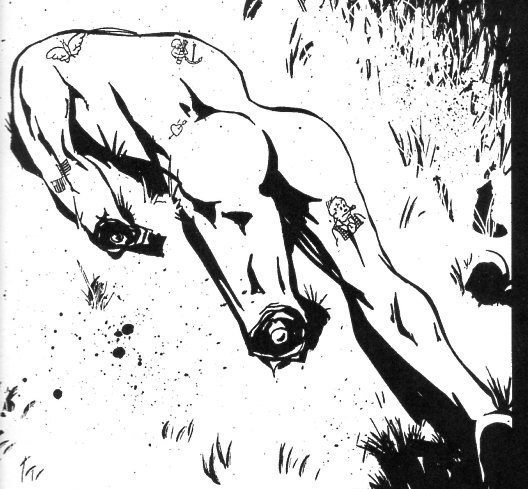 Considered by some to be the case that broke the Untouchables supercop Elliot Ness, Brian Michael Bendis’ take on the Cleveland Torso Murderer is a true crime comic which shows that there’s plenty of horror in real life events. Bendis unfolds the story like a gritty detective movie (it’s probably no surprise that director David Fincher wanted to bring the comic to the big screen) and the comic is a mature, unsettling look at a horrific string of murder cases from the 1930s which were never officially solved. The shadowy, black and white artwork by Marc Andreyko creates an excellent noir-like atmosphere, but it is also experimental with its unconventional layout and stylistic flourishes. Andreyko even incorporates real-life photographs of the victims to seriously skin crawling effect. 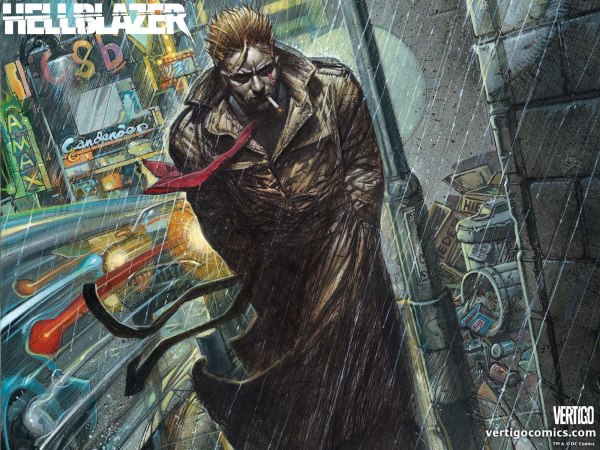 Although John Constantine has faced seemingly unbeatable foes and even fought alongside some of the biggest superheroes in the DC Universe, the Hellblazer series is at its best when it’s grounded in some seriously creepy and unnerving horror. The long-running series followed the exploits of a British magician and occultist who faced off against the darker sides of the supernatural, paranormal and religious worlds. Constantine is always quick with a quip or joke, but he is a troubled, conflicted character who deals in shades of grey and someone who knows that they have to get their hands dirty at times for the greater good. Sadly, Hellblazer was recently cancelled and spun-off into a new Constantine series as part of DC’s New 52 lineup and the character subsequently lost a lot of his bite. However, some of the earlier runs by writers like Jamie Delano and Garth Ennis are required reading for any horror comic book fan. 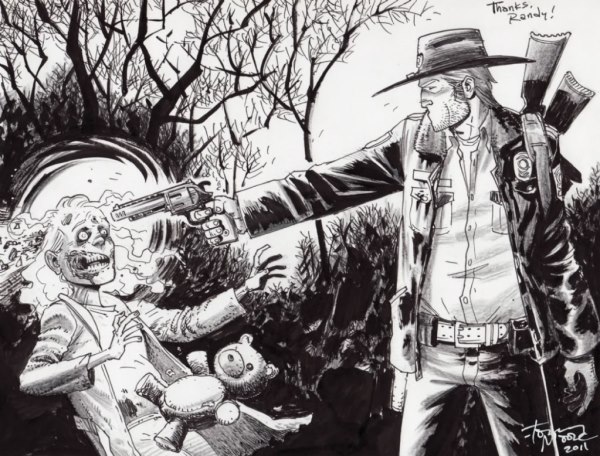 The Walking Dead is one of comic’s biggest success stories. Now one of the most popular shows on television as well as a series of critically-acclaimed video games, it’s easy to forget the Walking Dead’s ‘humble’ comic book roots. Writer and creator Robert Kirkman set out to create the definitive zombie apocalypse story with the long-running series. Focusing on a small, ever-dwindling group of characters who are constantly on the run from zombie hordes as well as other survivors with ulterior motives, the Walking Dead is a sprawling, gritty take on the zombie mythos. Like most great horror stories, the focus is on the survivors rather than the ever-present threat of zombies, but readers are forced to accept from the very beginning that no character is safe. Few comic books are as relentless as The Walking Dead and the series, which has now surpassed 130 issues, is always changing its dynamic and bringing in new elements (and enemies) to keep up the tension so that its readers are always kept guessing what could possibly happen next. 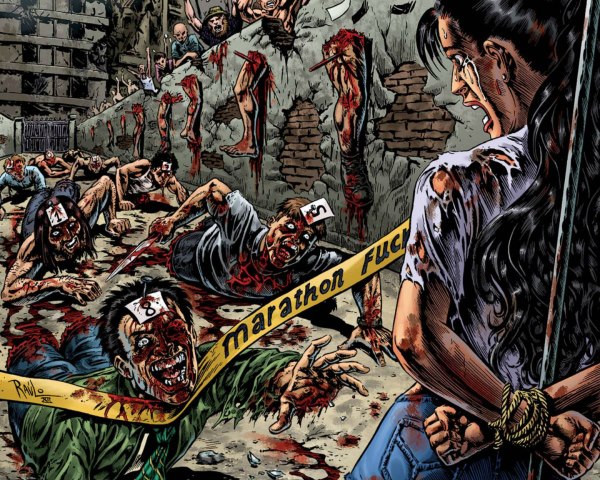 Horror fans looking for a completely different take on the zombie apocalypse need look no further than Crossed. Series creator Garth Ennis is well-known for pushing the boundaries of sex and violence in comics, but he truly broke disturbing new ground with his foray into the horror genre. After a mysterious plague rapidly spreads across the world and turns its infected victims into manic psychopaths, small bands of survivors are forced to find a way to carry on in a very dangerous world. While the premise may sound familiar, the infected in Crossed are completely unlike those in any other horror story. When infected by the virus, victims are branded with a strange crucifix-shaped rash across their face which makes them relentless cannibals who commit seriously disturbing acts of violence. Although they act and look like feral beasts, the crossed still retain some level of intelligence and are able to use tools, weapons and even traps, and they all derive a twisted, perverse satisfaction from the heinous acts they commit. Explicit and seriously disturbing, Crossed is really not for the faint-hearted and will test the nerve of even the most desensitised horror fans. 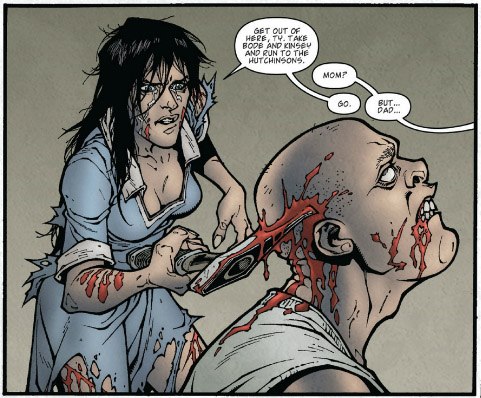 The writer of Locke & Key, Joe Hill, has some serious horror credentials. The son of Stephen King, Hill was a respected horror author in his own right before he turned his attention to comic books. Locke & Key is a dark horror fantasy which follows the Locke family after they move into the mysterious family mansion following a horrible tragedy. The Keyhouse harbours many strange secrets which are revealed and ‘unlocked’ by supernatural, powerful keys. These are gradually revealed throughout the series as they come into the possession of the younger members of the Locke family. The beautiful artwork by Gabriel Rodriguez is dripping in detail and atmosphere and it is the perfect complement to Hill’s intriguing layered story in this ongoing series. 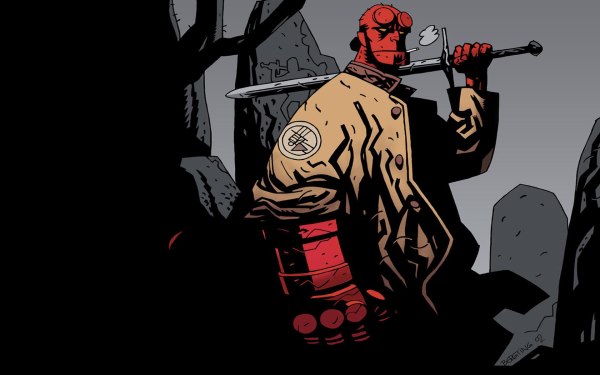 Mike Mignola’s Hellboy is a genre-mashing superhero comic with a difference. The titular character is a demonic paranormal investigator who works for the good guys (he was originally summoned from Hell by Nazi occultists during WWII, but Allied Forces intervened and raised the young demon) and battles all sorts of creatures and evil forces from the depths of horror legend. Part detective, part globetrotting, ass-kicking super-agent, Hellboy maintains the pulpy charm of vintage horror comics but it can also get downright scary when it wants to. Mignola’s atmospheric artwork is a visual treat and his stories are always entertaining and creative romps in the world of horror.