When navigating the great Internet rabbit-hole that is wikipedia, it’s very easy to stumble upon an article which makes you realise that fact is often so much more horrifying than fiction. 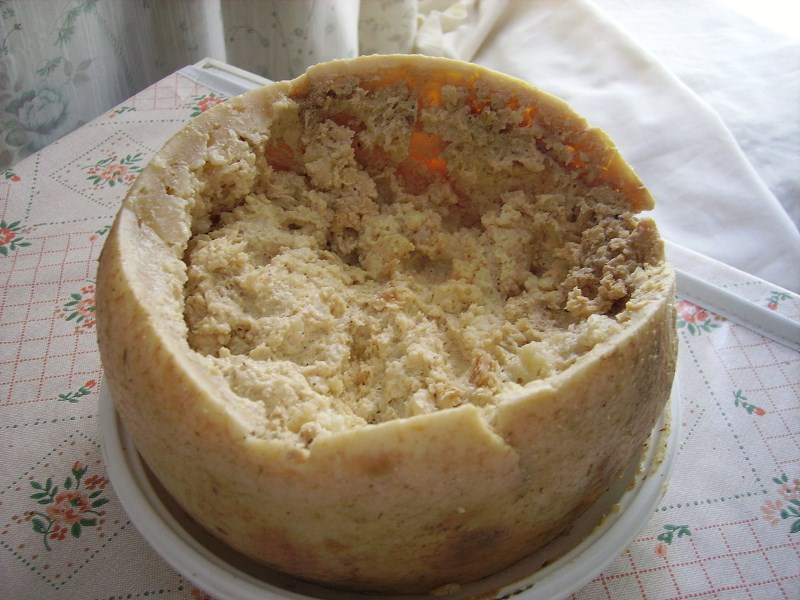 Also known as ‘rotten cheese’, casu marzu is a traditional Sardinian cheese notable for containing live maggots. These larvae are deliberately introduced to the cheese, providing a further level of fermentation to break down the fats present, making the cheese very soft. If the cheese is disturbed, the maggots can launch themselves up to distances of 15 cm. Some people clear the larvae from the cheese before eating it, whilst others do not. Due to EU health regulations, the item is often only found on the black market where it can sell for double the price of normal cheese. 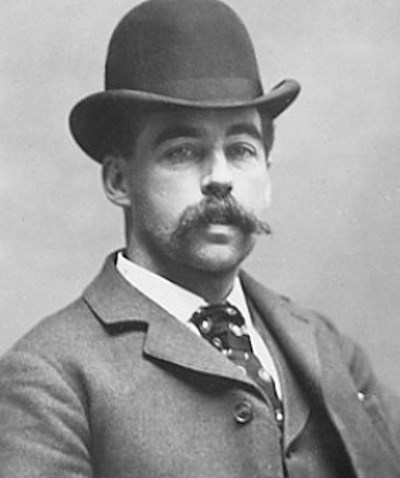 Holmes was one of the first documented serial killers. He built and designed a hotel in Chicago in 1893 specifically with murder in mind. The ‘Murder Castle’ contained a labyrinth of rooms with doorways opening to brick walls, stairs leading to nowhere and doors that could only be opened from the outside. Selecting mostly female victims, he placed many in soundproof rooms fitted with gas lines that let him choose when to asphyxiate them, others were hanged, whilst some were locked in a room to die from hunger and thirst. He confessed to 27 murders, but his actual body count could be in the hundreds.

On 13th September 1987, thieves broke into an abandoned hospital In the Brazilian state of Goias in order to steal and plunder. Amongst their finds was a radiotherapy source which they believed would be highly valuable, but did not know was immensely radioactive. The item would go on to be handled by many people, resulting in 4 deaths and numerous amputations. During the cleanup operations, 249 people were found to have significant levels of radioactive material on or in their bodies. Topsoil had to be removed from several sites, whilst houses were demolished and the contents removed.

Harlequin-type ichthyosis is a severe genetic disease which primarily affects the skin. At birth, it appears the child’s body is encased in a thick armour of white plates of skin with deep cracks. Sufferers often feature severe deformities included an absent nose, everted eyelids, joints lacking movement and lips pulled back by dry skin. Constant care is required to moisturise and protect the skin from bacteria and further infection. There is no known cure and most die within a few days. 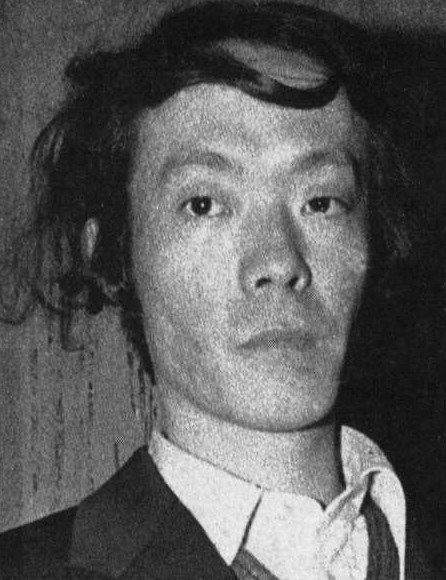 Born in Japan in 1949, Issei Sagawa travelled to Paris at the age of 28 to study a PhD in literature. On 11th June 1981, he invited classmate Renée Hartevelt to his home, where he shot her in the neck before raping her corpse and cannibalising parts of her body. He was arrested after being spotted trying to dump the remains of her body. French courts deemed him mentally unfit to stand trial, and so he was detained in a mental hospital before being deported to a Japanese institution. However, as no charges had been filed against him in France he could not legally be detained in his home country. He has remained free since 1986, and became a minor celebrity after writing numerous books about the murder. 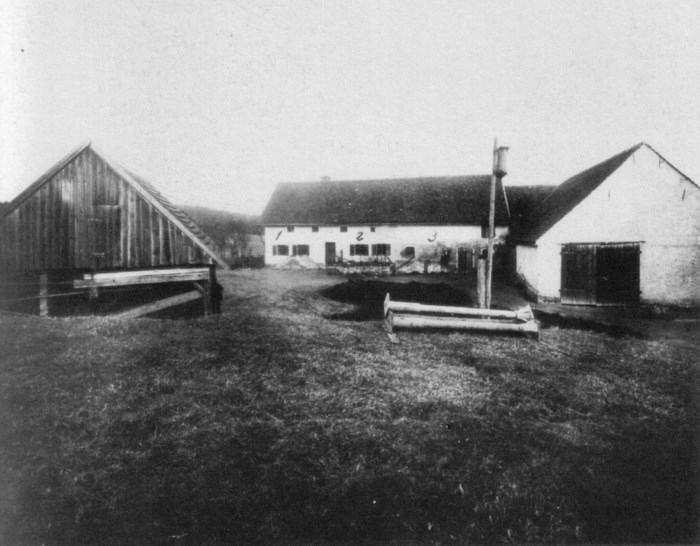 Hinterkaifeck was a small farmstead 43 miles north of Munich, home to six people until the evening of 31st March, 1922. It is believed the perpetrator lured the older members of the family to the barn one by one, before creeping into the house to kill the maid and 2-year-old Josef. The police first suspected a robbery gone wrong, but this was quickly debunked after discovering a large amount of money in the house. Prior to their demise, farmer Andreas Gruber told neighbours about discovering footprints in the snow leading to the farm, but none going back. He also complained about hearing footsteps in the attic and missing house keys.

The Byford Dolphin is a semi-submersible drilling rig currently in the North Sea which has suffered several serious accidents. The most significant occurred on 5th November, 1983. At 4am, four divers were in the decompression chamber when it explosively decompressed from a pressure of 9 atmospheres to 1 in a fraction of a second. One diver was forced through a 60 cm gap in the door resulting in his immediately dismemberment and the expulsion of all his internal organs. Medical investigations carried out on the other divers saw large amounts of fat in large arteries, suggesting their blood had been boiled. 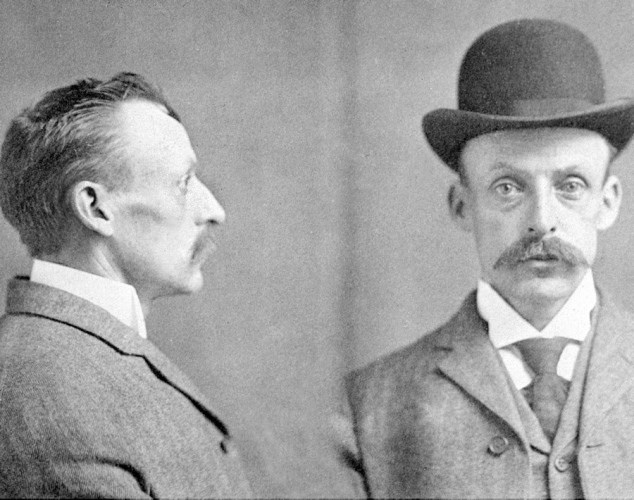 Also known as the Gray Man, Fish was an American child rapist and cannibal. Once boasting that he ‘had children in every state’, he confessed to three murders but the actual number of victims is unknown. After arriving in New York City in 1890, Fish became a prostitute and began raping and torturing young boys using his ‘implements of Hell’: a meat cleaver, a butcher knife and a small handsaw. He later developed a taste for self harm. He lodged 29 needles into his pelvis, beat himself with a nail studded paddle and inserted wool doused with lighter fluid into his anus and then setting it alight. Fish was eventually executed by electric chair in 1936. 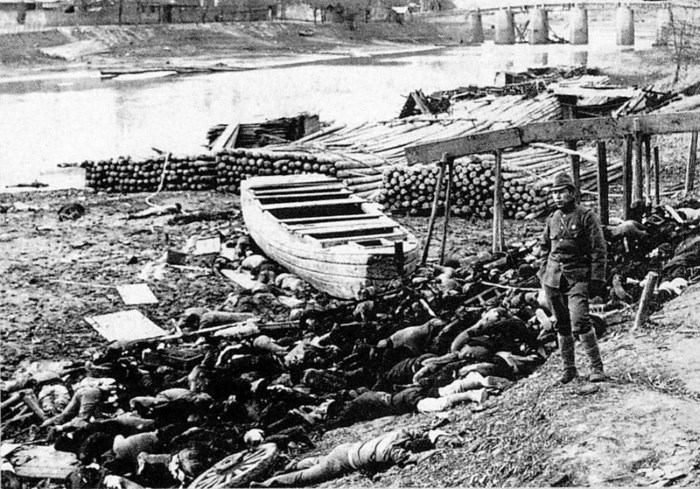 The Nanking Massacre was a mass murder and rape by Japanese troops against the Republic of China during the Second Sino-Japanese War. After forces captured Nanking in December 1937, soldiers of the Imperial Army murdered up to 300,000 disarmed civilians, raped 20,000 women (including infants and the elderly), forced family members to commit acts of incest, disemboweled Chinese soldiers and burnt one-third of the city to ruins. During the War Crimes Tribunal many members of the Imperial Family, including Prince Asaka who was the ranking officer at the time, were granted immunity. 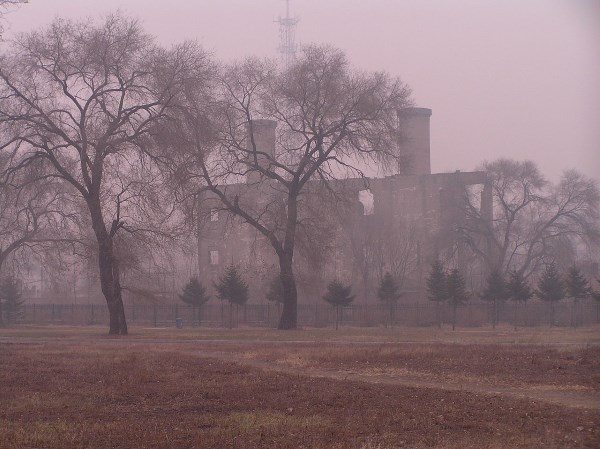 This Japanese biological and chemical research station is thought to have been home to the worst atrocities of WOrld War II. Unit 731 saw between 3,000 and 250,000 men, women and children die to human experimentation. Amongst the experiments included: victims being subject to vivisection without anesthesia, prisoners injected with inoculations of disease to study their effects, captives having appendages frozen to study frostbite and countless rapes and forced pregnancy.