Superhero fans know that death isn’t necessarily the end. Popular characters usually get a heroic send off before being resurrected again as if nothing ever happened. However, not all comic book treat death so lightly. Some characters not only have absolutely no chance of coming back, they also suffer from such an extremely horrific death that it can make you feel sick to your stomach.

10. The Invisible Man – A League of Extraordinary Gentlemen

Alan Moore’s League of Extraordinary Gentlemen brought together literary figures like Captain Nemo, Dr. Jekyll/Mr Hyde, Mina Murray and Allan Quatermain for a very different superhero-style team up. The second volume of the Victorian adventure series sees the League battling the martians from H.G. Wells War of the Worlds. The psychopathic Invisible Man, Hawley Griffin, tries to form an alliance with the aliens by stealing military plans from the League, assaulting Mina Murray in the process. Unbeknownst to Griffin, Hyde has been able to see him the entire time they’ve been together because the ape-like monster has infrared vision. Hyde easily catches Griffin and as revenge for his mistreatment of ‘Miss Murray’ he brutally beats and sodomises the Invisible Man to death.

The world of Manga is well-known for getting pretty messed up at times, and few comics can touch the weirdness that is Junto Ito’s Uzumaki. The story features some seriously messed up body horror as it tells the life of the residents of a small Japanese village who become victim to a strange curse which makes them obsessed with spirals. Shuichi Saito is one of the first villagers to suffer from the curse when his father becomes captivated with any object containing spirals. He spends hours upon hours looking at the shapes and eventually becomes so obsessed with the patterns that he orders a large circular tub and forces himself inside. Shuichi finds his corpse and sees that he has killed himself by somehow managing to distort and wrap his body around itself in an attempt to become a human spiral.

Having an accelerated healing factor isn’t always a good thing. Wolverine has been through a lot over the years and, aside from his most recent adamantium makeover in ‘Death of Wolverine’, he’s always bounced back. Although Wolverine’s confrontation with the Punisher in Marvel Knights didn’t kill him, it was definitely one of the more brutal ‘deaths’ that the character has had to endure. Reluctantly teaming up with each other to take down a gang of midgets who are literally cutting people down to size by chopping off their legs (yes, really), the Punisher gets Wolverine out of the way by first blowing his face off with a shotgun, exposing his adamantium skull underneath. He then shoots off his testicles and runs him over with a steam roller.

7. The Librarian – The Strange Case of Luther Strode

Luther Strode is definitely one of the bloodiest new series to come from Image in recent years. The titular hero is a puny high school geek who receives a strange book in the mail called the ‘Hercules Method’. Unbeknownst to Luther, those who master the book can harness superhuman speed, strength, regeneration and, most importantly, the art of massacre. The hyper violent series shows plenty of people being reduced to red, mushy paste as Luther gets to grips with his new powers, but things are notched up when he comes up against his arch nemesis/mentor the Librarian. During their superhero brawl the two trade shocking blows which would kill any human being ten times over. Luther even manages to strangle the Librarian with his own entrails and snap his neck, but he quickly regenerates and keeps fighting. When the entire warehouse the two are fighting in completely collapses, the Librarian emerges bloodied from the wreck and seems to be the victor. However, Luther jumps out of the rubble and pulls out the Librarian’s spinal column in a move that would make any Mortal Kombat fan proud.

Jason Todd’s brutal death at the hands of the Joker in the late 80s is one of comic’s most iconic moments, but the fate of Batman’s latest Robin is much more tragic. Damian was introduced by writer Grant Morrison as the son of Bruce Wayne and Talia Al Ghul. Created in an artificial womb and genetically engineered, Damian was raised by the League of Shadows before being sent to Gotham for tutelage from his father. Disobedient, murderous and arrogant, Damian was an antagonist and threatened to unravel the dynamic of the Bat family until he was teamed with Dick Grayson and taught to be, well, less of a dick. In Batman Inc, the Bat family faced one of their toughest foes yet when the supervillain criminal group Leviathan (eventually revealed to be Talia) and the deadly henchman the Heretic came to Gotham. Damian and the Heretic went head to head and the young Boy Wonder managed to hold his own against the towering villain. However, the Heretic gained the upperhand when Damian was shot by a wave of arrows and he finished off the young Robin by impaling him with a sword. Damian died a heroic death but it was a brutal send-off for a character who had endeared himself to fans (even more disturbingly, it was later revealed that the Heretic was a weird clone of Damien with an adult body).

Frank Miller’s grim and gritty crime series has its fair share of brutal beat downs, bloody shootings and dismembered limbs, but Sin City’s worst death is reserved for the mute, sweater-wearing child killer Kevin. Kevin meets his match when Marv knocks him out and ties him to a tree. Marv then saw Kevin’s legs and arms off with a hacksaw and tourniquets the wounds to keep him alive, before setting his own pet wolf on him to feast on his intestines. Throughout the whole ordeal the dismembered Kevin doesn’t flinch or utter a single word and has a smile fixed on his creepy face.

Preacher was a twisted send up of organised religion which wasn’t afraid about going extreme. The comic established writer Garth Ennis as someone who would try and get away with anything he could, and an indication of this boundary pushing came pretty early on in the series. When small-town preacher Jesse Custer is embodied with the almighty power of Genesis, he receives the power to make people do whatever he says. So when he tells the horrible, racist Sheriff Root to “go fuck himself” he does exactly that. We don’t see what happens next but Root is later seen being taken away by paramedics who say that he needs surgery to remove his severed penis from his colon. To save himself from indignity Root shoots himself in the head.

3. Richie – A History of Violence

John Wagner’s graphic novel A History of Violence is very different from the movie adaptation helmed by David Cronenberg. Although they both share the same premise – Tom, a small-town cafe owner, has his life turned upside down when his past catches up to him and the mob he robbed from as a young man come looking for him 20 years later – the original story sees Tom returning to his old territory in New York looking for a friend, Richie, who he thought had been killed years ago. Richie had helped Tom pull off the heist but the mafia caught up with him before he could skip town. Tom had thought that Richie had been killed but he finds out that he has been horrifically tortured for more than two decades. Tom finds his friend horribly mutilated and hanging from a harness. His legs and arms have long been cut off and one of his eyes has been gouged out. Covered in scars from head to toe, Tom grants Richie one final favour and kills him.

The Walking Dead has always made it pretty clear that no character is safe in the zombie apocalypse, but fan favourite Glenn seemed like one of the few who might make it through to the end. In the 100th issue, Rick and his small group are held hostage by the series latest big bad villain Negan. Negan makes an example of Rick and his survivors by choosing a victim to kill in retaliation for the deaths of his militia members. He randomly selects Glenn and, using a baseball bat wrapped in barbed wire (which he affectionately calls Lucille), brutally beats him to death. The devastating scene shows Glenn’s head being reduced to pulp as he stumbles around and tries to mutter the name of his lover Maggie while Negan rains blows down upon him with his horrific weapon of choice.

It’s hard to overstate the disturbing nature of Crossed. Garth Ennis’ unique take on the zombie apocalypse has the ‘infected’ turning into sadistic animals who murder, mutilate, torture and sodomise anyone they come across (including each other). The first issue of the series sets the tone pretty well when geeky arrogant survivor Joel thinks that a circle of salt is enough to ward off the psychopaths. Unfortunately for he and his family this really doesn’t work and the next panel sees him being raped by one of the infected as his guts are spilling out. Nearby his wife is suffering a similar fate and his daughter is pulled apart and dismembered. 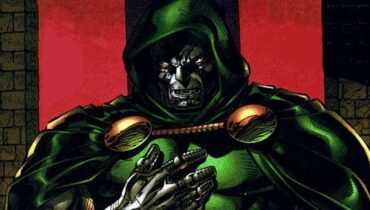 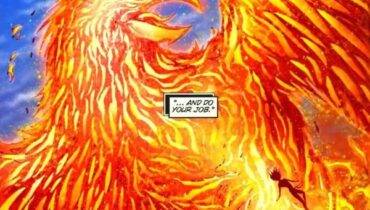 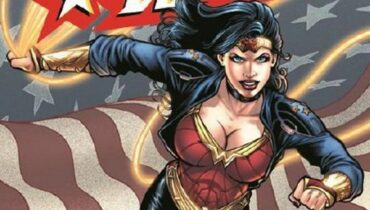