The highest mountain in the world is located in Asia, but there are also a number of incredibly high mountain peaks in South America. When you climb it, you feel on top of the world and enjoy a spectacular view. They are of course also beautiful to admire from a distance. Do you want to know which mountains are involved? This is the top 10 highest mountains in South America. 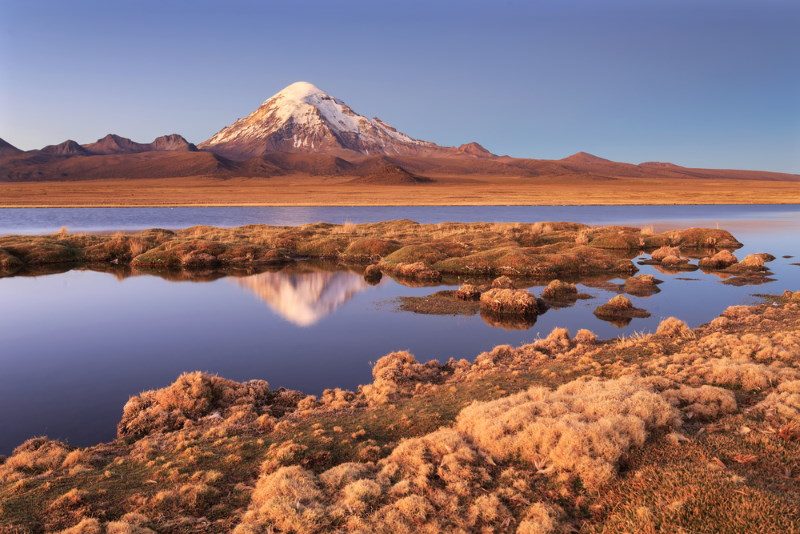 The Nevado Sajama is located in Bolivia and is immediately the highest mountain in the country. The mountain has been put on the map by Andreas Fransson. He was a skier whose goal was to ski down the top of this mountain. Unfortunately, he found out in practice that it is more difficult than it seems. Only a relatively small part of the mountain is suitable for skiers, after which you have to cover the majority on foot. So his mission was not a success. 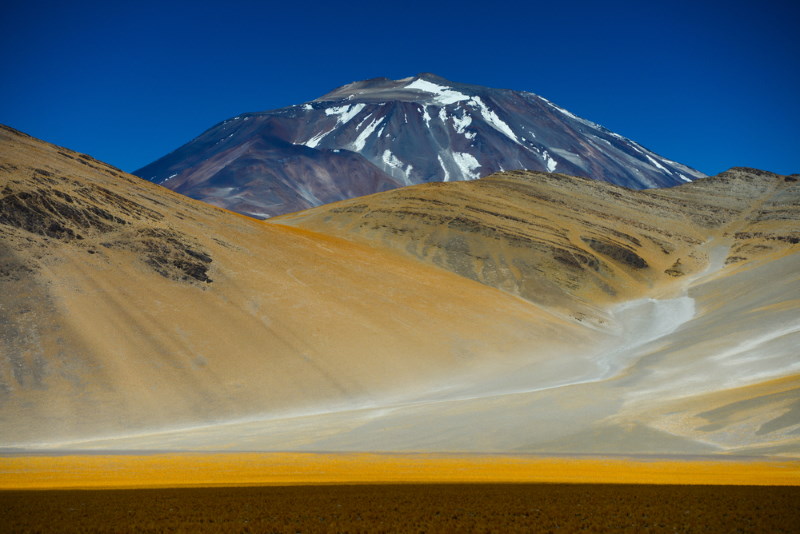 This mountain is part of the Andes Mountains and is located in Argentina. It is actually a volcano that has become famous mainly for the archaeological finds that have been made here. It is possible to climb Incahuasi, with most climbers taking about 12 days to reach the top. In most cases, they choose to climb the north side of the mountain, ascending gently to get used to the high altitudes. 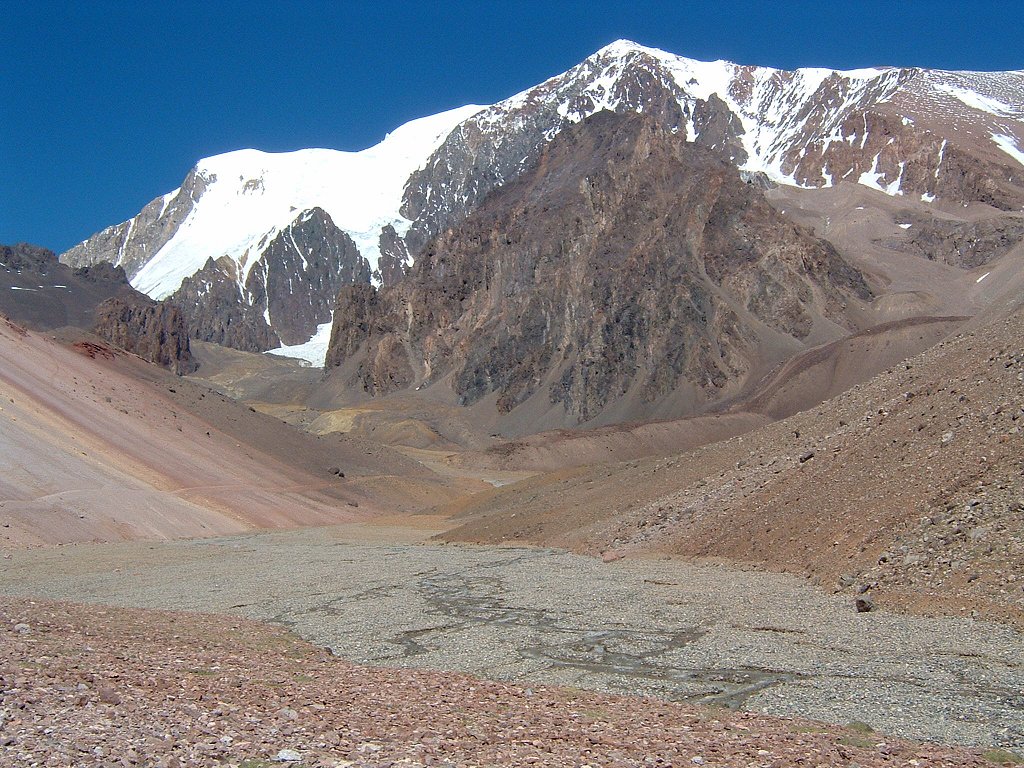 You can also find the Mercedario in Argentina, where it is slightly higher than the predecessor on the list. The mountain was climbed relatively early, namely in 1934. Adam Karpinski was the leader of the group that defied this enormous mountain. This was followed by several failed attempts to climb the south side of the mountain, which was more challenging. This only worked for the first time when a Japanese group of mountaineers made an attempt in 1968. 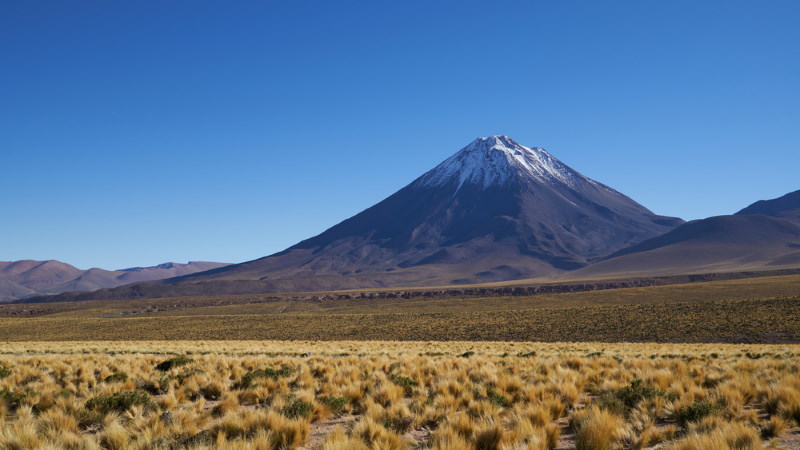 The Llullaillaco is located in Chile and is a textbook example of a volcano. The typical cone shape seems to emerge from nowhere in the flat landscape around the mountain. It is a dormant volcano, the last activity of which was observed in the nineteenth century. So, mountaineers don’t have to worry about suddenly getting into an eruption. It is the highest archaeological site in the world, where three mummified children have been found. These children are thought to have been sacrifices. 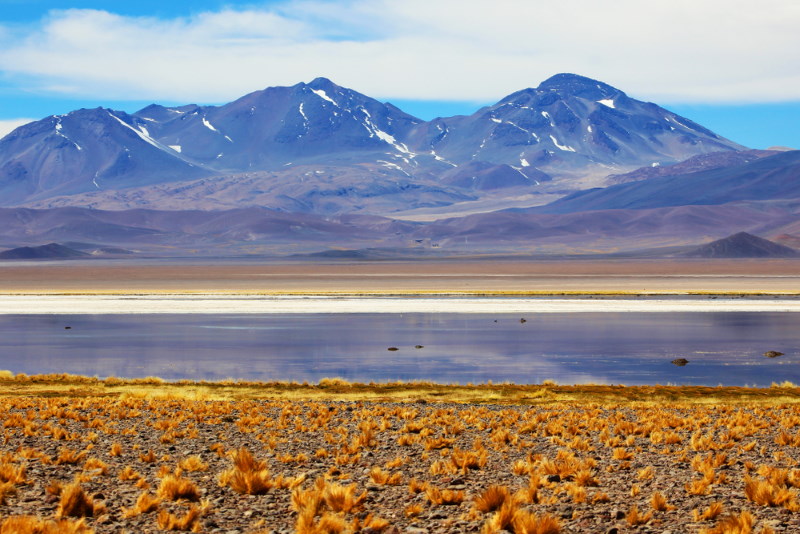 Tres Cruces is actually a cluster of small volcanoes, the top of the cluster being called Tres Cruces Sur. You can find this mountain peak on the border between Argentina and Chile. Mountaineers wishing to reach the top of this mountain can choose from two different routes. The volcanoes have been dormant for a long time, with the last activity likely taking place 28,000 years ago. It is possible that the volcanoes of Tres Cruces will erupt in the future. 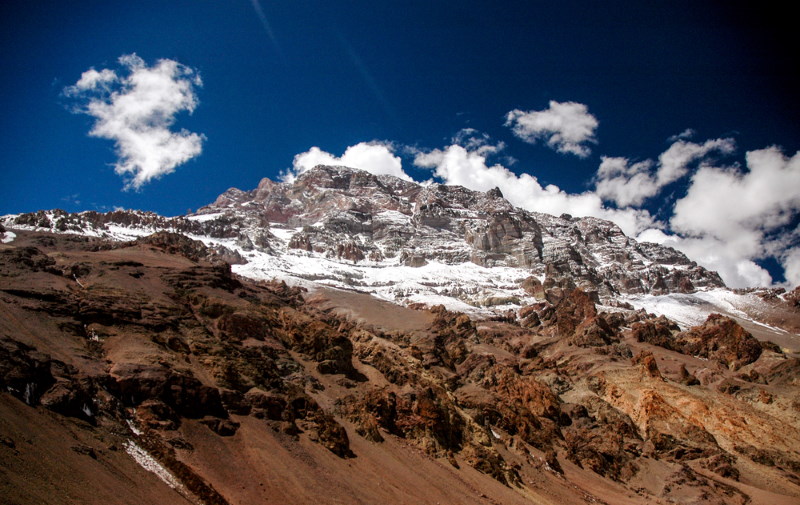 Millions of years of volcanic activity have provided the Cerro Bonete. This mountain peak has grown higher and higher over the centuries thanks to volcanic eruptions in the area. The great thing about Cerro Bonete is that this mountain has a huge crater in the middle. The crater has a diameter of no less than 6 kilometers and has a 2 kilometer long lake. So when you have reached the top of the Cerro Bonete, you can enjoy a beautiful view over the crater. 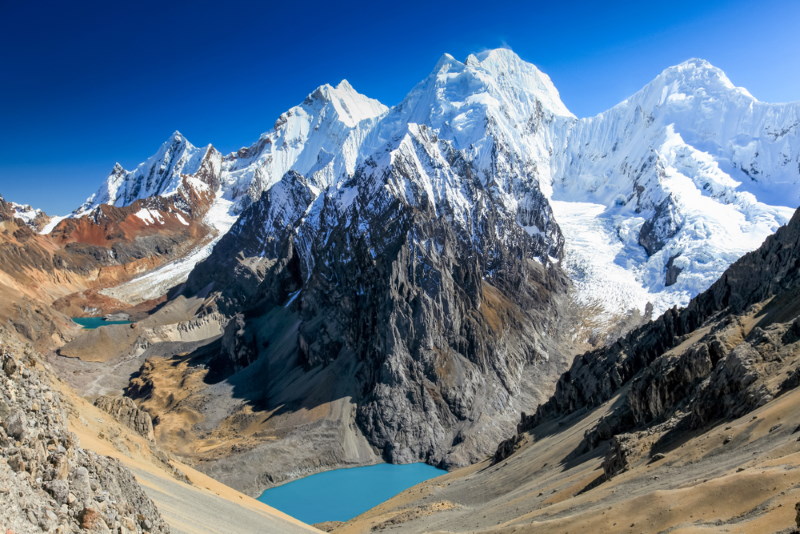 The highest mountain in Peru is Nevado Huascaran. You can find the mountain in Huascaran National Park, where several mountains come together. The mountain of the same name as the park is the highest towering more than 400 meters above its neighbors. It is the most difficult mountain to climb on this entire list. This has everything to do with the steep terrain and the many ice fields that you encounter along the way. Adventurers who make an attempt are usually on the road for four days from base camp. 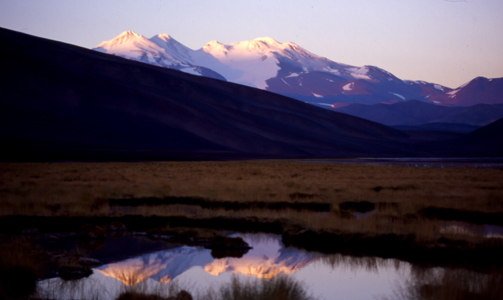 Monte Pissis is the second highest volcano in the world and is located in Argentina. It is a difficult mountain to climb thanks to the large glacier on the south side of the mountain. So mountaineers must use crampons to brave the slippery landscape. For a long time it was thought that Monte Pissis was the second highest mountain in South America, but that was before the time when extensive measurements could be made. 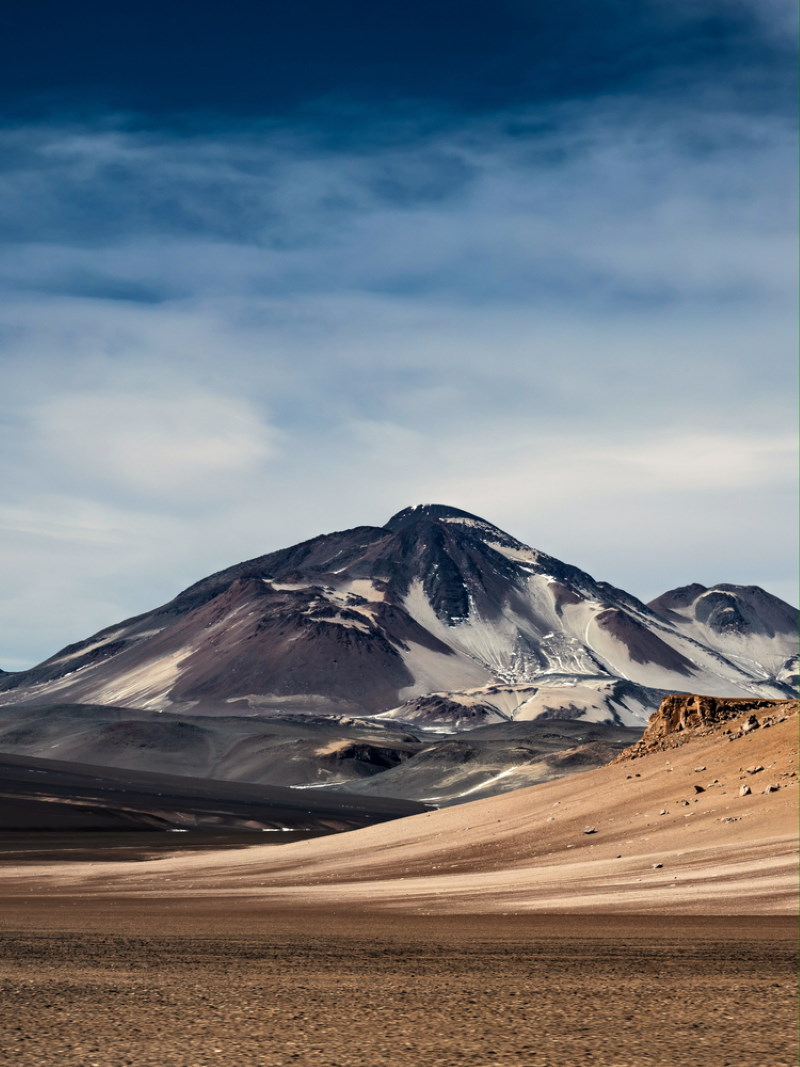 The Ojos Del Salado is immediately the highest active volcano in the world. You can find the mountain in the desert area Atacamba, in the Argentinian part of the desert. The mountain was first climbed in 1937 and has since become a popular destination for mountaineers. Expeditions to the top are regularly organized, with climbers largely traveling by car. They only have to climb the last part to say they have reached the top of the Ojos Del Salado. 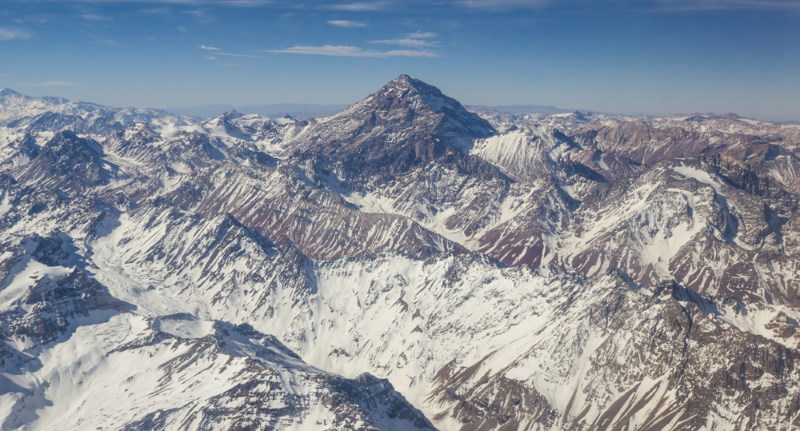 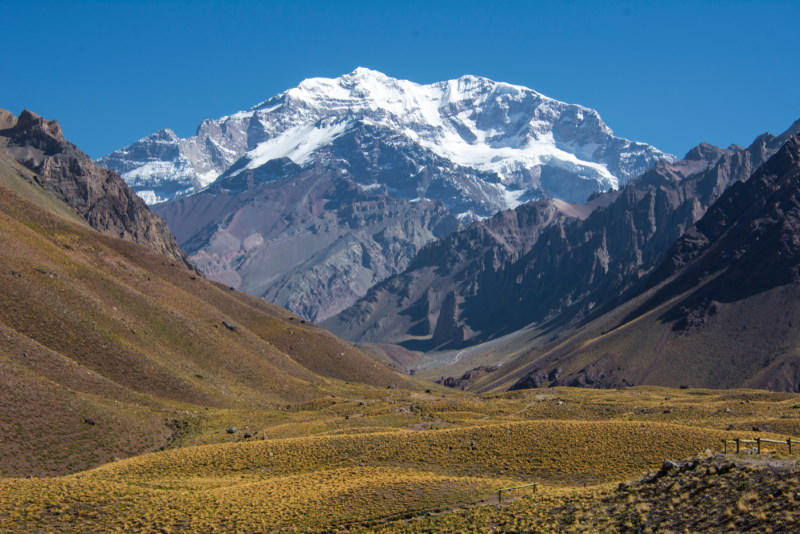 With a height of just under 7 kilometers, the Aconcagua, also found in Argentina, is the highest mountain in South America. The mountain is located in a national park of the same name and is covered with several glaciers on the south side. The largest has a length of no less than 15 kilometers. Matthias Zurbriggen was the first person to climb the mountain. That wouldn’t be his only win, because this mountaineer has a lot of first climbs to his name.

Top 10 Most Famous Trees in Europe