Germany is a vast country, with a wide variety of landscapes and reliefs. The highest mountains in Germany can be found in the south of the state of Bavaria, near the border with Austria. In many cases, the highest peaks are located exactly on the border between Germany and Austria. Today, the Zugspitze with a height of 2,962 meters is the highest mountain in Germany. Because the borders of Germany changed often throughout history, it was each time different mountains that were given the title of highest German mountain. For example, in the early twentieth century, until 1918, East African Mount Kilimanjaro was the highest mountain in German territory. After all, East Africa was then a colony of Germany. In the list of highest German mountains below, only the highest peak of a mountain range has been taken into account, not lower side summits that are located in the same mountain range. 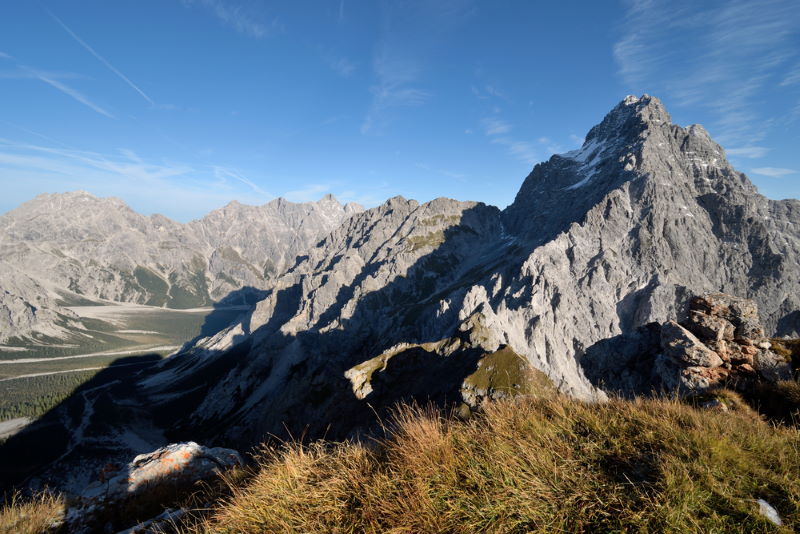 The Hocheisspitze is a mountain that lies exactly on the border between Germany and Austria. The mountain is 2,523 meters high and is part of the Berchtesgadener Alps, a mountain range in southeastern Bavaria. The first described ascent is in the name of the well-known German mountaineer Hermann von Barth, who reached the top on September 6, 1868. However, Hermann von Barth was probably not the first to reach the top of the Hocheisspitze. The easiest and most used climbing route is from the northwestern bowl-shaped Hintereis valley. It is also possible to reach the top of the Hocheisspitze via the ridge from the Kammerlinghorn. 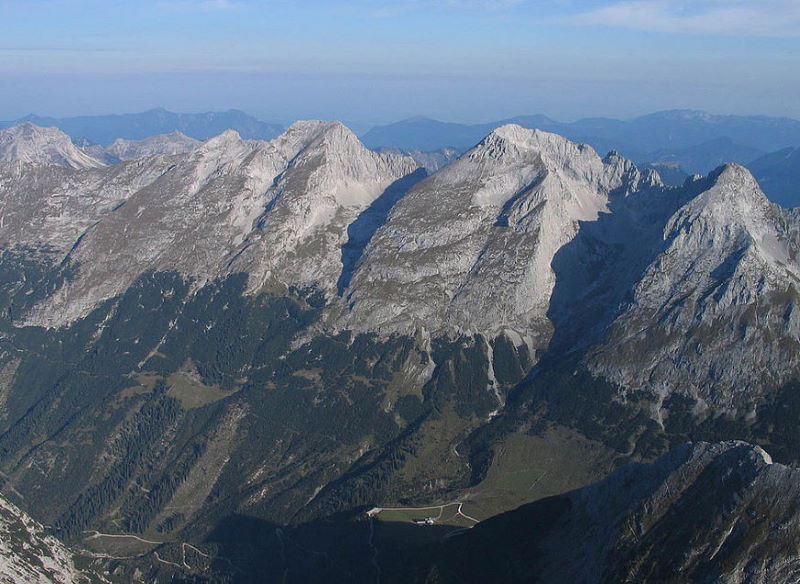 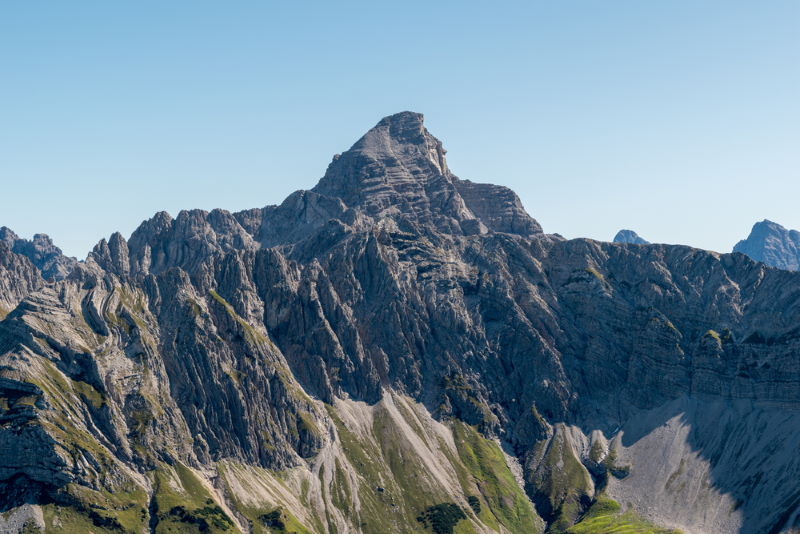 In the southwest of Bavaria you will find the Allgäu Alps, a mountain range that is partly also located in the Austrian states of Tyrol and Vorarlberg. The Hochvogel (2592 meters) is a mountain in the Allgäu Alps on the borderline between the German Bavaria and the Austrian Tyrol. It is said to have been a shepherd boy who first reached the top of the Hochvogel in the year 1767, although this is not certain. Also in 1818 and 1832 there would have been climbers on the top. The best described ascent is again that of Hermann von Barth, who spent the night on the summit in July 1869. Most mountaineers follow a route from the Prinz Luitpold Haus refuge on the German side of the mountain. 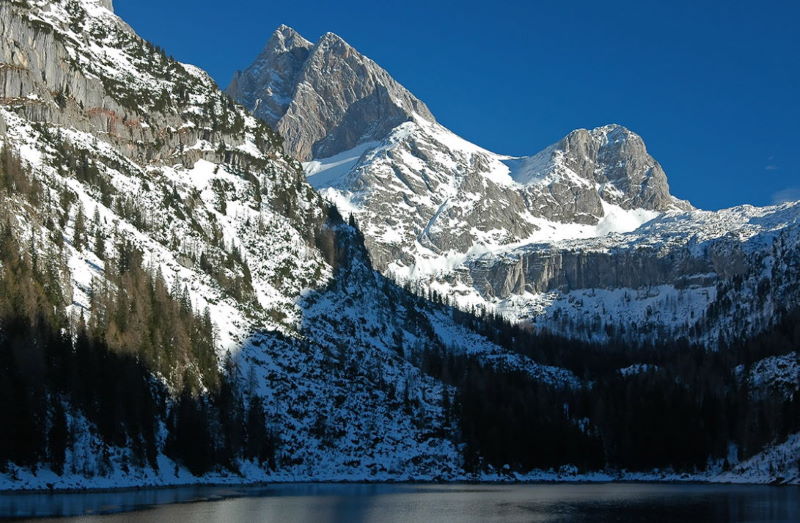 The Grosser Hundstod reaches a height of 2593 meters, taking seventh place on this list of the highest mountains in Germany. The mountain is located in the plateau of the Steinernes Meer in the Berchtesgadener Alps. The top of it marks the border between the German state of Bavaria and the Austrian state of Salzburg. The mountain can be clearly seen from Lake Zeller See in Austria. The Austrian mountain hut Ingolstädter Haus is a much used base for a trip to the top. 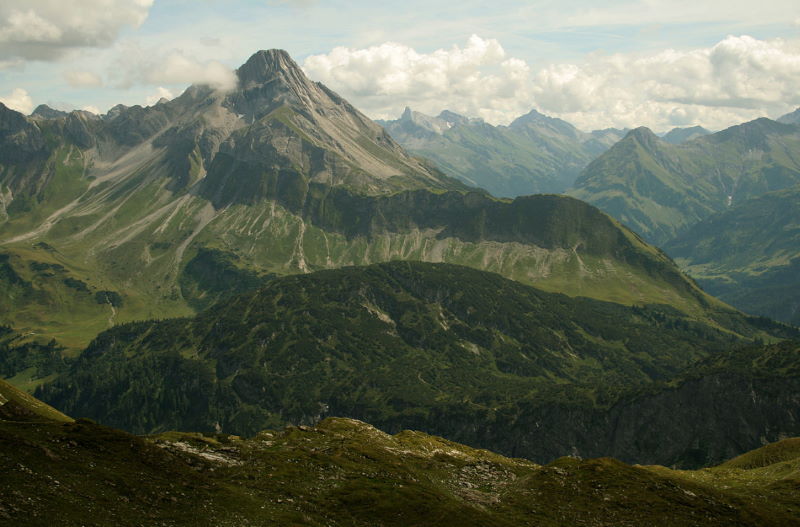 The Biberkopf rises with its sharp, pyramid-shaped peak at an altitude of 2599 meters above the surroundings of the Allgäu Alps, almost at the southernmost point of Bavaria on the German-Austrian border. The first ascent to the summit took place in 1853 during a geological and topographical expedition in the area. Today most of the climbs take place from the Rappensee Hut mountain hut. The Biberkopf is the sixth highest mountain in Germany. 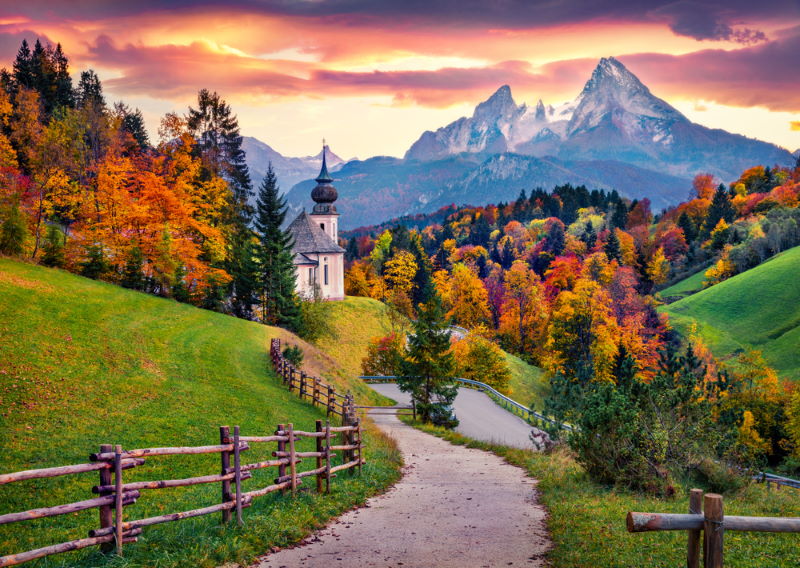 Unlike the previous peaks, the Hochkalter is entirely on German territory. The mountain is located in the Berchtesgaden Alps in southeastern Bavaria and is part of the Berchtesgaden National Park. Its first ascent took place in 1830, by none other than the Prince Bishop of Schwarzenberg, along with some other mountaineers. The Blaueishütte refuge is the starting point for most mountain tours to the highest point of the Hochkalter. With its height of 2,607 meters, the mountain comes in fifth place in this ranking. 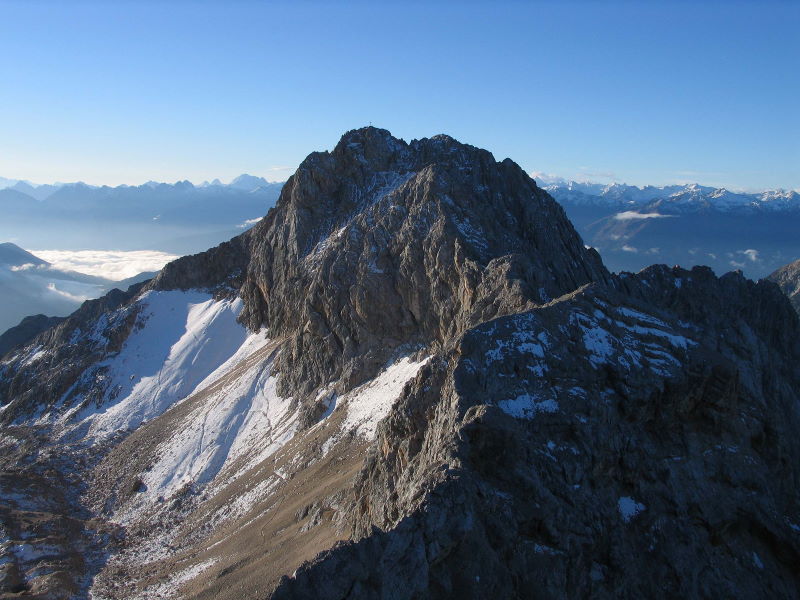 3. The middle top of the Watzmann 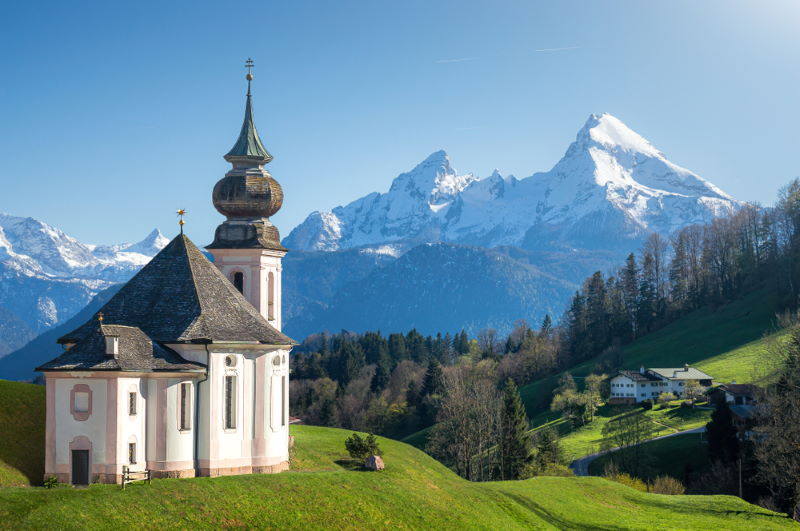 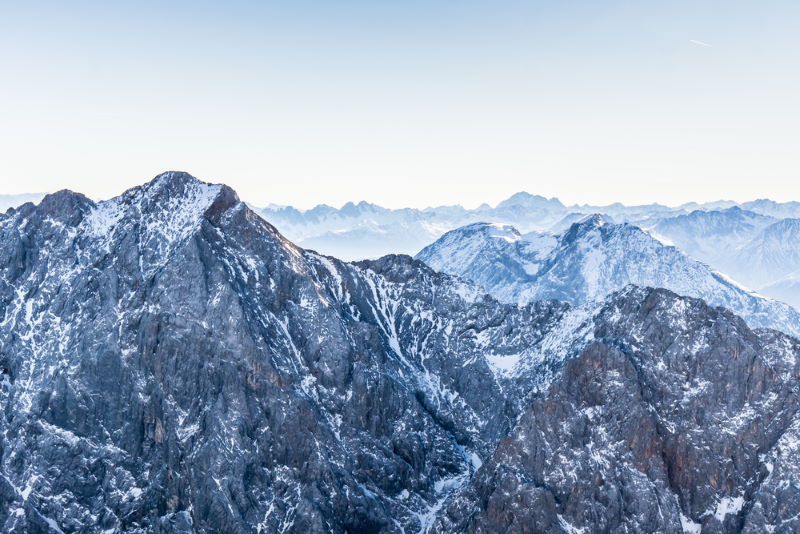 The Hochwanner, with a height of 2,744 meters, is the highest mountain in the Wetterstein mountain range, on the border of Bavaria with the Austrian Tyrol. It is also the second highest mountain in Germany. The Schneefernerkopf is even higher (2875 meters), but this top is considered a side top of the Zugspitze and is therefore not in this list. The first person on the highest point of the Hochwanner was – you can already guess – Germany’s most famous alpinist Hermann von Barth in 1870. The easiest ascent takes place from the Austrian southern side, via Rotmoosalm. 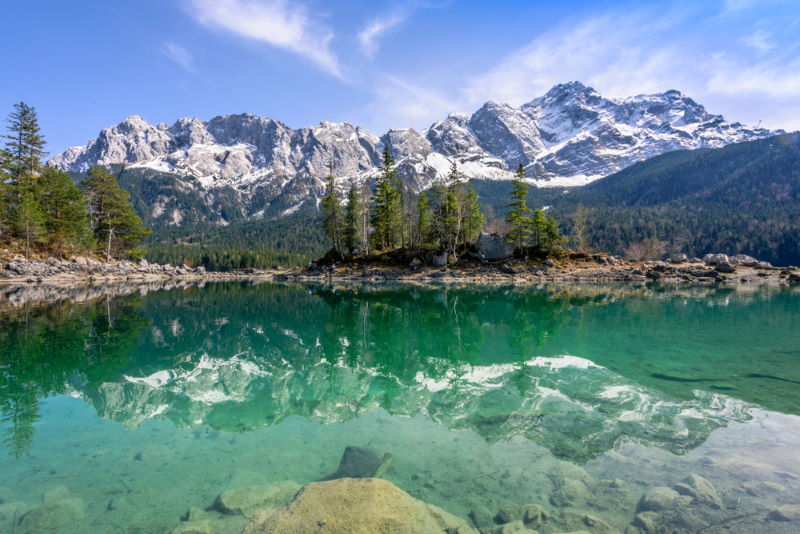 The Zugspitze takes first place in this list of the highest mountains in Germany. The Zugspitze belongs to the Wetterstein mountain range and is located about ten kilometers southwest of Garmisch-Partenkirchen, on the border with the Austrian federal state of Tyrol. The mountain reaches a height of 2,962 meters. Josef Naus was first on the summit on August 27, 1820. Nowadays, you don’t have to make a lot of effort to reach the highest point of the Zugspitze, as several cable cars take you right below the top. The most famous is the Tiroler Zugspitzbahn, which takes you up to 2,950 meters in one go. The valley station of this cable car is located in Ehrwald on the Austrian side of the mountain.