Mayra Rosales, despite her tender years, has already had more excitement in her life than most people experience in their entire lifetime. Mayra’s sister, Jaime Lee, killed her own son, beating him with a hairbrush. Mayra confessed that she was responsible for the little boy’s death, claiming that she slipped when trying to pick up the child; falling on top of him and crushing him. Doctors quickly saw that the child’s injuries could only have been caused by a violent direct blow to the head – a blow that Mayra’s immense weight would have stopped her from being able to perform… Once police tackled Mayra with these facts – and after the rapacious press had quickly dubbed her ‘the half-ton killer’ – she quickly recanted and told them that Jaime Lee was the responsible party and that she habitually neglected the boy or physically abused him. She confessed to the killing as she believed that she was going to die soon, and therefore ‘might as well’ take the blame for her sister. Following this drama, Mayra has now lost weight, managing to shed a truly impressive 800 pounds, to bring her down to a relatively svelte 200lb. The 33-year-old now cares for her sister’s other children who are delighted with her transformation.

Robert Earl Hughes was doomed to be large from an early age. It is believed that his pituitary gland malfunctioned from the age of about three (some say after a bad bout of whooping cough), causing him to gain weight steadily from that moment on. By six, he weighed as much as grown man (203lb) and by ten he was tipping the scales at 377lb. At his heaviest he weighed an immense 1071lb and had a chest measurement of over ten feet! He toured America, making guest performances at carnivals and fun-fairs, and there was even talk of his appearing on the Ed Sullivan Show, but nothing came of it. At the time (he was born in 1926 and passed away in 1958) he was acknowledged as the world’s heaviest person. He died shortly after he turned thirty-two, from complications arising from measles and has the dubious honour of having the inscription ‘World’s Heaviest Man: weight 1041lb’ on his gravestone.

Patrick Deuel is not a particularly tall man, standing a mere 5 foot 7 inches tall. This makes the fact that he weighed almost half a ton all the more shocking. Some estimates say that at his peak he weighed 1,126lb, but most reports have his peak as 1,071lb, which was what he weighed at when paramedics had to break through a wall to extricate him from his home in 2004. He was reportedly at the point of death at that stage, with his entire body struggling to cope under his immense bulk. Bariatric surgery and a strict regimen saw the pounds falling off him, with a great deal of retained water (oedema) responsible for a certain amount of his huge weight. He lost hundreds of pounds, reaching 370lb, but then, sadly, began to regain the weight. In 2009 it was reported that Deuel had regained almost all the weight he had lost. Reportedly, Deuel still smokes and eats too many of the wrong foodstuffs. Infections have drained him of his energy and he has not left his home for many months.

Michael Hebranko is perhaps the ultimate yo-yo dieter, having gone from a hefty 906lb down to a neat and trim 200lb, a loss which led to his appearance on talk-shows and infomercials (the latter praising his coach Richard Simmons). His impressive loss of over 700 pounds saw him earn an entry in the Guinness Book of Records in 1990 for the world’s biggest weight loss. However, over the next twelve years all the weight went back, plus extras, until 1999 when he reached his peak weight of 1,100 pounds. He set to work once again and dropped down to 458 pounds. His last known weight, just over a year before he died in 2013, was around 550lb.

Rosalie Bradford was never slender, but it was after she had her child that she really began to pack on the pounds. Her weight gain was compounded by a blood infection which saw her confined to bed for a long period of time. She remained immobile for the next eight years, and reached her peak weight of 1,199lb in January 1987. She became very depressed as this point and tried to commit suicide by taking an overdose of sleeping pills. Ironically, her great weight saved her life and she simply slept for a few days. A concerned friend helped Bradford to find an exercise and dieting regimen, although at first the only activity that Bradford could perform was to clap along to the video – any other movements were beyond her at that stage. Bradford went on to lose 917lb, earning a place in the Guinness Book of Records for the most weight lost by a woman. She passed away in November 2006 at the age of 63.

If you ever get depressed because your waist measurement has gone up by an inch or two, just keep Walter Hudson in mind. His waist measurement is the largest in the world, a massive 302 centimetres or 9 feet, 11 inches. Hudson made headlines in September 1987, when he slipped making his way back to bed from the bathroom. He fell and became wedged in a doorway, and was stuck so tightly that it took eight people to pry him free and help him back into bed. Despite the attentions of Dick Gregory, under whose watchful eye Hudson allegedly lost somewhere between 200 and 800 pounds, Hudson died from a heart attack at the age of 46, on Christmas Eve 1991. He weighed around 1,125lb at this time and the fire department had to cut a hole through his bedroom wall in order to remove his body.

Carol Yager’s life story is short and tragic. She is said to have attributed her eating issues to being sexually molested by a close family member as a young girl. Her boyfriend at the time of her death is alleged to have tried to cash in on Yager’s story, a claim that he has denied strenuously. He is, however, reported to have claimed that Yager’s weight at the time of her death was around 1,603lb, a fact that her doctor refused to comment on. Yager was hospitalised in 1993 with a compromised immune system and cellulitis and she lost an incredible amount of weight, dropping 524lb in a mere three months. Much of this weight was thought to be from the reduction in oedema, a problem commonly associated with extreme cases of obesity. Carol Yager, like many morbidly obese patients, could not walk, being firstly too heavy for her bones and muscles to support her weight and secondly, having suffered from muscle wastage or atrophy from not leaving her bed for a long time.

Although born in Mexico, Manuel Uribe now lives in the United States, along with many others on this list. While slightly chubby as a child, Uribe did not become severely overweight until his twenties, and this was exacerbated when he and his wife first moved to America. While supposedly selling the tacos made by his wife for their little business, Manuel found he was eating his way through the stock and gaining weight from that. He then began to work as a typewriter repairman, a job that saw him travel from car to desk with no exercise at all. Uribe was offered weight loss surgery, but refused, preferring to try and lose weight more naturally. He has shed an impressive 800 pounds by this means and is now around 200lb – not too bad a weight for someone who stands six foot five!

Little is known about Khalid bin Mohsen Shaari (sometimes spelled Shaeri) and still less would have ever reached the ears of the Western press had it not been for the extraordinary intervention of King Abdullah in his case. It is understood that Khalid suffered from a childhood illness in his youth that triggered his unstoppable expansion until he reached the weight of 1,340lb, beating the then world’s heaviest living man, Michael Uribe by over a hundred pounds. The king ordered that Khalid be moved to the capital city and undergo medical treatment for his obesity. Doctors report that as of February 2014, Khalid has lost about half of his bodyweight, and is doing very well – seeing improvements in his heart and lungs function as well as gaining muscle strength and mobility.

Just to put that into a different measurement unit: Jon Brower Minnoch weighed 100 stone – or as much as nine or ten average sized people. However, it must be mentioned that his weight was only ever an estimate as there was no accurate way of weighing him once he achieved his greatest bulk. Minnoch was almost always large, weighing nearly 300 pounds at the age of twelve, and his weight increased steadily throughout his life until his death. Much of his bulk is attributed to oedema, which is estimated to have increased his weight by three – that is to say, two thirds of his weight was due to chronic water retention. He did manage to lose weight after being hospitalised, and his loss, of 924lb is the greatest weight loss ever recorded, but he suffered ill health constantly, much of it related to his obesity. He died in 1983 and bears the same dubious honour as Robert Earl Hughes – having ‘World’s Heaviest Man’ inscribed on his gravestone. 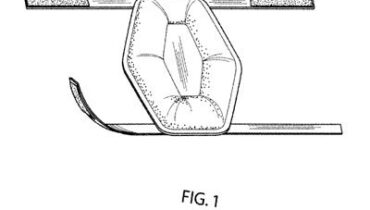