Before making a name for himself as a Hollywood superstar, Harrison Ford was set on building a career as a carpenter. The Chicago born actor fell in love with carpentry as teen and was hoping to work in the field, but a fateful meeting with writer, director, and producer George Lucas changed his plans. After playing space scoundrel Han Solo in Star Wars: A New Hope, Ford’s life was changed and his carpentry plans were put aside in favour of Hollywood super stardom.

Ford has starred in more than 65 movies over his long career, some better than others. This article will give a rundown of the top 10 Harrison Ford movies ever made. 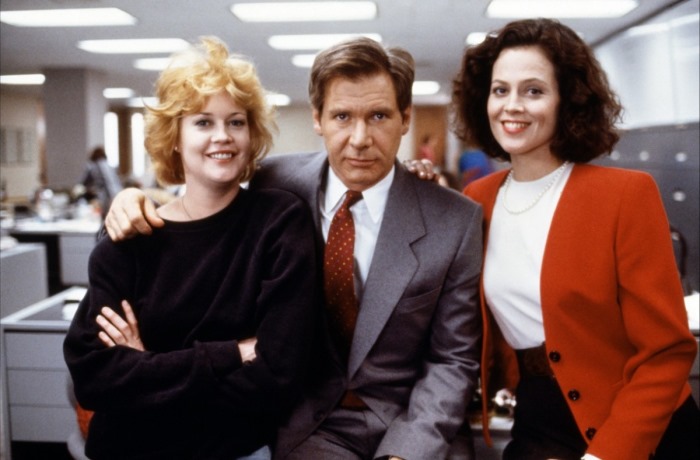 Ford has never been one to shy away from tough projects. Throughout his career, the actor has tested his boundaries by taking roles that pushed his acting skills to the limit. 1998’s ‘Working Girl’ saw Ford co-starring alongside Melanie Griffith and Sigourney Weaver in his first romantic comedy. The film, directed by Mike Nichols and written by Kevin Wade, followed Griffith’s character, Tess McGill, an American woman working on Wall Street, as she tried to land her dream job and dream man.

Ford was one of the highlights of Working Girl. He played his character, wall street executive Jack Trainer, to perfection and stole every scene he was in.

Working Girl received positive reviews from critics who scored it 84% on Rotten Tomatoes. Audiences enjoyed the film too and also gave it good reviews. Today, Working Girl has a good score of 6.7/10 on imdb.com.

‘American Graffiti’ was George Lucas’ first hit. Released in 1973, the film was directed, produced, and written by Lucas on a relatively shoestring budget. American Graffiti starred Richard Dreyfuss as Curt Henderson and Ron Howard as Steve Bolander, a pair of best friends who had recently graduated high school. The film followed the pair as they came of age while preparing themselves for the rigours of college.

American Graffiti was a brilliant piece of work. Lucas’ direction was fantastic and its script was witty and well written. Leads Dreyfuss and Howard delivered great performances for the film too, as did the supporting cast, including a young Harrison Ford who played the speed obsessed cowboy hat wearing ‘Bob Falfa’.

American Graffiti was loved by critics. According to Rotten Tomatoes, 95% of them gave the film positive reviews. Audiences, similarly, enjoyed the film and made it one of the biggest indie hits of 1973. 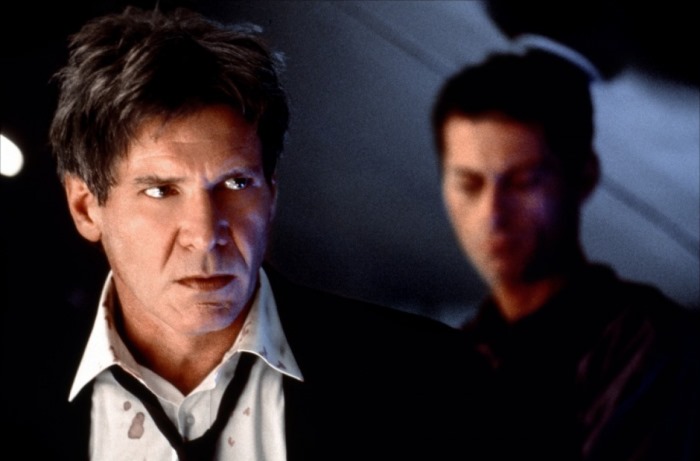 Air Force One was well directed by director Wolfgang Petersen. His action direction and choreography were fantastic, and his use of tension throughout the film helped to elevate its quality. Ford and co-lead Gary Oldman delivered great performances for the film, too.

Air Force One was reviewed well by critics who scored it 79% on Rotten Tomatoes. The film performed well on the worldwide box office, too, and brought in millions of people to see it on the big screen. 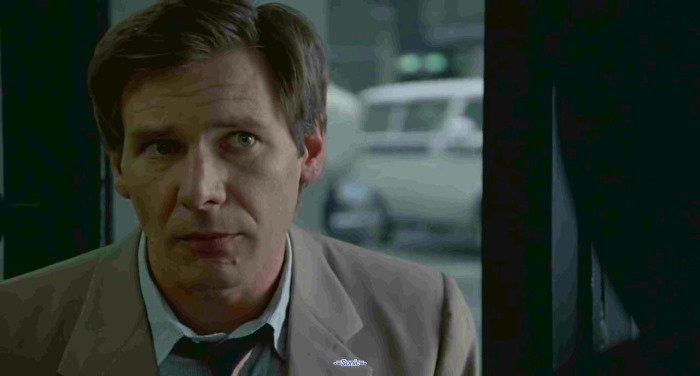 Ford worked hard not to get type casted. After playing the iconic Han Solo character in the Star Wars trilogy, he worried that he’d have to play Solo-type characters for the rest of his career, so he went out of his way to play characters as dissimilar to Solo as possible. 1985’s ‘Witness’ saw Ford playing ‘John Book’, a murder detective who has to go into hiding to protect a young murder witness from harm. Witness showed off Ford’s acting range. While Solo was charismatic, talkative, and suave, Book was a plain, no-nonsense cop who preferred not to chit-chat. He was, in most regards, the polar opposite of solo.

Written by William Kelley and directed by Peter Weir, Witness was one of the best thrillers of 1985. Ford and his co-stars delivered great performances for the film while Kelley directed it well. Critics reviewed Witness well, giving it a 91% Rotten Tomatoes score. The film was also nominated for 8 Oscars at the 1986 Oscars, including a Best Actor nomination for Harrison Ford. Audiences enjoyed the film immensely, too, giving it a 7.5/10 score on imdb. 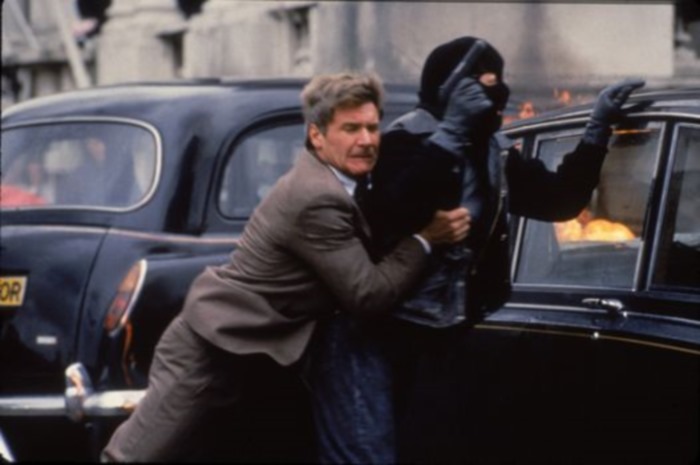 Tom Clancy is one of the celebrated writers of the 20th and 21st century. During his career, the late novelist wrote dozens of thrillers, many of which topped the New York Times bestseller list. 1992’s ‘Patriot Games’ saw Ford playing ‘Jack Ryan’, arguably Clancy’s most popular character. The film followed Ryan, a CIA analyst, as he sought to protect his family from a group of renegade IRA terrorists. Ford was perfect as Ryan. He brought a great deal of intensity to the role and delivered one of his best performances to date. Screenplay writer W. Peter Iliff delivered a great screenplay for the film too, while director Phillip Noyce did a great job bringing it to life. The result was one of the best films of 1992.

Critics, on the whole, enjoyed Patriot Games and reviewed it well. They scored the film 75% on Rotten Tomatoes. Audiences enjoyed the film greatly, too, in particular fans of Clancy’s novels who enjoyed Ford’s take on the character. Patriot Games currently enjoys a 6.9/10 rating on imdb.com 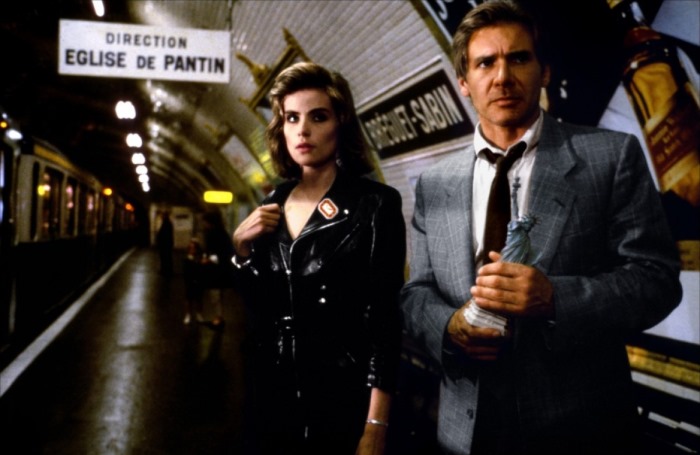 Roman Polanski is arguably one of the finest, and most controversial, directors to ever live. While his films have generally enjoyed critical and box office success, his personal life has been subjected to a great deal of criticism over the years which has mired his otherwise spotless career. 1988’s Frantic saw Ford teaming up with Polanski for the first time. Written and directed by Polanski, Frantic starred Ford as Dr. Richard Walker, an American holidaymaker enjoying a vacation in Paris. The film followed Walker as he tackled the Parisian underworld to rescue his kidnapped wife from harm.

Polanski delivered a great script for Frantic. It was dark, gritty, and well written with a mounting feeling of tension throughout the film. Polanski directed the film well too, with plenty of shots showcasing Paris at its best. Ford and co-star Betty Buckley were great in the film too, as were the large cast of French supporting actors. Frantic was given a great score on Rotten Tomatoes where it was scored 78% overall. Audiences gave the film great review scores too, scoring it 6.9/10 on imdb.com 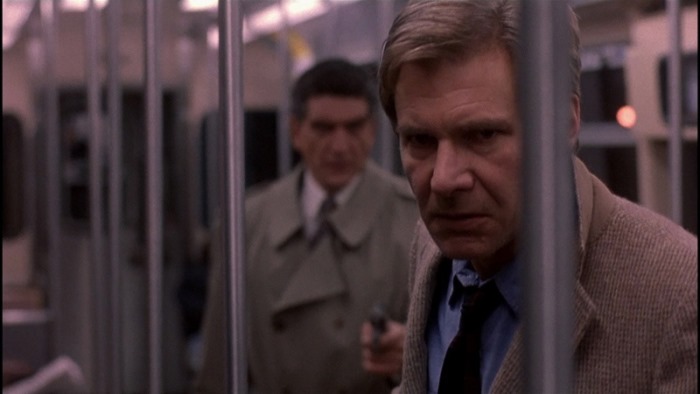 1993’s ‘The Fugitive’ is amongst the most popular films in Ford’s filmography. Written by Jeb Stuart and directed by Andrew Davis, The Fugitive saw Ford playing Dr. Richard Kimble, a man falsely accused of murdering his wife. The film followed Kimble as he evaded the authorities while trying to catch his wife’s true killer.

‘The Fugitive’ is considered by most to be one of the greatest thrillers ever made. Ford, arguably the king of the thriller genre, turned in a great performance as Kimble, while director Andrew Davis delivered his best work to date for the film. Critics fell in love with The Fugitive and scored it an impressive 96% on Rotten Tomatoes. Audiences, similarly, loved the film and made it one of the highest grossing filmsof 1993. The Fugitive currently enjoys a 7.8/10 score on imdb.com. 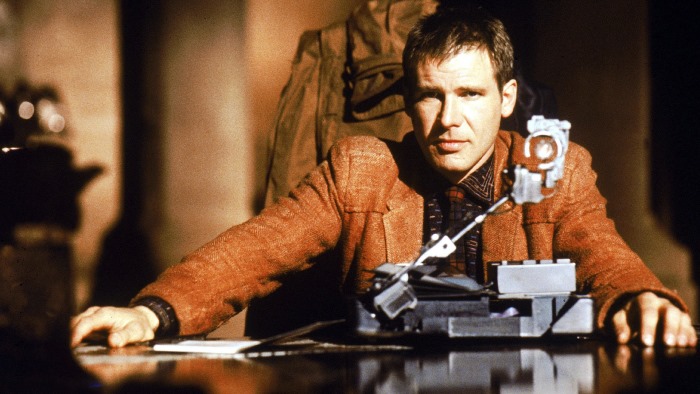 Director Ridley Scott is one of the most accomplished sci-fi directors of all time. Since releasing iconic sci-fi thriller Alien in cinema screens in 1979, the director has released a number of excellent scipfi movies, many of which are considered some of the finest sci-fi movies ever made. 1982’s Blade Runner is arguably the best sci-fi film in Scott’s sci-fi filmography. Based on sci-fi writer Philip K. Dick’s short story ‘Do Androids Dream of Electric Sheep?’, Blade Runner starred Ford as Rick Deckard, a detective given the task of hunting down a group humanoid androids known as replicants.

Blade Runner was a groundbreaking film on many levels. Ridley Scott’s eye for design and direction was impressive and, as a result, Blade Runner looked incredible. The film’s story was also excellent with a number of exciting twists and turns. Ford and co-stars Rutger Hauer, Sean Young, Edward James Olmos, and Daryl Hannah delivered fantastic performances for the film too, with Ford and Hauer receiving the lion’s share of the praise.

Critics loved Blade Runner, scoring it an impressive 91% on Rotten Tomatoes. Audiences, similarly, loved the film and reviewed it well. According to imdb.com, Blade Runner is rated 8.3/10, making it one of the highest rated films in Ford’s filmography. 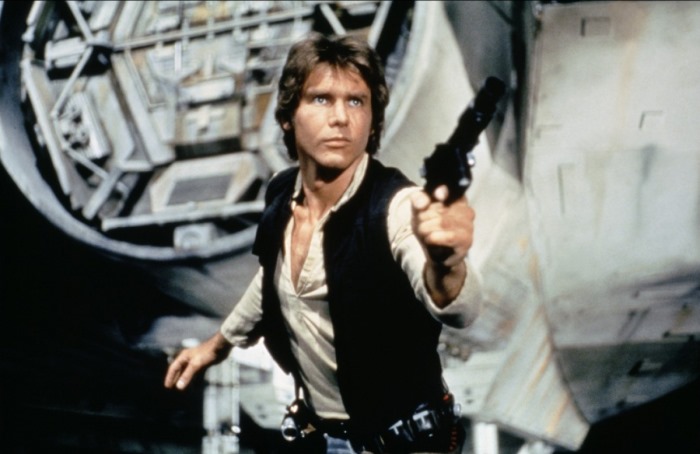 Released in 1977, ‘Star Wars: A New Hope’ changed the world. Made on a shoestring budget by a group of enthusiastic film makers, the film unexpectedly blew up and became one of the most popular films ever made. Its two sequels, ‘The Empire Strikes Back’ and ‘Return of the Jedi’, released in 1980 and 1983, respectively, were also huge successes and the biggest and most popular films of their respective years.

Ford played a pivotal role in the Star Wars Trilogy. He was given the role of Han Solo, a charismatic, cocksure smuggler with a dark past. Ford owned the role and made it his own, making Solo one of the most popular characters in movie history. Ford is set to return to the role that made him famous in 2015’s Star Wars: Episode VII. Directed by JJ Abrams, the film is set to pick up 30 years after the conclusion of Return of the Jedi, the final film in the original Star Wars trilogy. Hopefully it won’t disappoint. 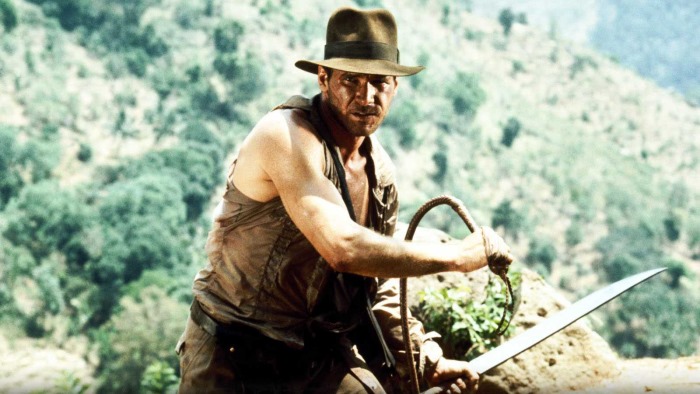 1981’s ‘Indiana Jones and the Raiders of the Lost Ark’ is a near perfect adventure movie. Directed by Steven Spielberg, written by Lawrence Kasden, and produced by George Lucas, the film has it all: great action sequences, a witty, well written script, an exciting plot, and a bevy of excellent performances, in particular from Ford as the infamous Dr. Henry ‘Indiana’ Jones. Rated 95% on Rotten Tomatoes and an astronomically high 8.6/10 on imdb.com, Raiders is one of the best reviewed films in Ford’s filmography and arguably the best film he’s ever made.

Raiders of the Lost Ark was the first film to star Ford as the eponymous Dr. Jones. He returned to the character in three other films, ‘The Temple of Doom’, ‘The Last Crusade’, and ‘The Kingdom of the Crystal Skull’, released in 1984, 1989, and 2008, respectively. While neither of these three films were able to capture the magic and perfection of Raiders, they were all fun and exciting in their own ways.

Ford was perfectly cast as Jones. He embodied the character completely and played his role to perfection. it’s difficult to imagine anyone else playing Indiana Jones today. Rumours say that Ford may be returning to the character in the near future – hopefully these rumours will pan out.