The 1987 album, ‘Appetite for Destruction’, blasted Guns ‘N Roses to the fore, whence they reinvented rock’s fading rage and sense of danger – at times with a surprisingly soulful and poetic twist – gifting the world supreme heavy metal with an uncompromising punk attitude. Here’s a rundown of G N’ R’s top ten:

Starting with the power ballad Don’t Cry. The song can be found on Use Your Illusion I, and Use Your Illusion II (with alternate lyrics). “Don’t Cry” forms a segment of the Illusions Trilogy, according to singer Axl Rose. Along with “Estranged” and “November Rain,” it forms a narrative inspired in part by the short story “Without You” by Del James.

Introducing Guns N’ Roses to a wider audience, this Paul McCartney film theme transformed by the band. The original restrained rock-reggae-styled track was recast and given a menacing metal edge several shades darker than the original in keeping with the G N’ R mission statement.

This track on the ‘Lies’ album is devoid of the usual gritty adrenalin-rich Guns N’ Roses moments, featuring a light-hearted shuffle instead. With an airy country feel, the track has acoustic guitars to the fore and catches Slash exploring country licks in the same vein. Rose’s tongue-in-cheek lyric seems to have the album title firmly in mind as he proclaims: ‘She’s buried right in my back yard.’

A classic example of rock’s refusal to ignore controversy, ‘Civil War’ pushes conflict and civil rights in your face. A dramatic musical mix of fragile piano/guitar elements and stormy full-on choruses develops as the wah-wah guitar pushes the song relentlessly, until Rose’s ‘When Johnny Comes Marching Home’ brings the song to its provocative conclusion.

The soundtrack theme for ‘Terminator 2: Judgement Day’, this driving rock-charged offering is full of early G N’ R anger and venom, as in: ‘With your bitch-slap rappin’ and your cocaine tongue, you get nothin’ done.’ Only the track’s slicker production techniques hinted at the musical expansion to follow.

A quintessential rock song with every element of the formula masterfully applied, the song builds for over seven minutes, reaching its supercharged crescendo just as listeners begin to feel the pace. Searing vocals and ripping guitar lines deliver copious amounts of rock attitude to create a truly stand out anthem.

An acoustic ballad capturing Axel Rose in subdued mood, this track from the ‘Lies’ album leans towards the more adventurous material the band would explore later. Opening with a clean vocal supported by a tasteful instrumental framework, the mood becomes edgy in the final third as the song moves towards a climactic finish.

The song which created the Guns N’ Roses legend opens with one of rock’s most memorable guitar riffs, laying the foundations for Rose’s high-octane vocal which is also intensely soulful without ever betraying G N’ R’s rock credentials. Slash’s rich-toned ‘Les Paul’ guitar is prominent throughout, establishing his trademark sound – and look – as a key feature of the G N’ R profile.

The icebreaker track on ‘Appetite for Destruction’, this was G N’ R’s opening assault on mainstream rock. A description of life on LA’s wild side, the assertive vocal pulls no punches with angular guitar lines delivering grit and menace to match, creating a chilling urban-jungle soundscape.

This nine-minute epic is G N’ R’s exquisite contribution to the ‘Stairway To Heaven’ genre. Powered by Rose’s masterful melodic performance and Slash’s emotive guitar work, this song is a roller-coaster ride of musical intensity, proving the band are anything but one-trick ponies. 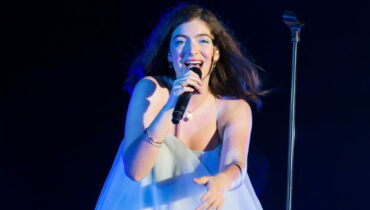