Any professional athlete knows that an injury can make their life come crashing down around them. A sprained ankle or a nasty fall can bench a sports star for weeks, even months, as they take time off to recover and get back into fighting shape. However, some injuries can be much, much worse.

Bit of a scratch for Lachie Munro of Lyon in #ProD2 in #France pic.twitter.com/R0hVIO4bEy

Rugby is one of the toughest and most physically demanding full contact sports. Unlike American Football, there is no padding and no stop/start gameplay. Players are expected to take each other on in dangerous, hard-hitting plays and tackles for two halves of 40 minutes. The sport has naturally seen its fair share of snapped bones and bleeding appendages over the years, but New Zealand player Lachie Munro’s recent lip injury was a truly grisly sight. The Lyon utility back suffered from a seriously extreme case of split lip following a match against Narbonne in the French Pro D2 league in January 2014. Munro tweeted a picture of his face after it had been caught in a tackle and it looked as if half his lip was hanging off.

Fighting is an integral part of Ice Hockey and being able to settle unsportsmanlike behaviour (e.g. deterring cheap shots and protecting ‘star’ players) by duking it out on the ice has long been considered to be a regulatory force for good between players. However, some incidents have called into question the dangers of this tradition. During the third period of a 2004 game between the Colorado Avalanches and Vancouver Canucks, Avalanche player Steve Moore was punched in the back of the head by Canucks right winger Todd Bertuzzi. Moore had angered the Canucks during a game in February when he had injured their captain and the team were eager to get even with him at the next opportunity. Moore fell face first into the ice from Bertuzzi’s blow and was unconscious as other players piled on top of the two of them. He lay motionless on the ice before he was stretchered off after ten minutes and he suffered from three broken vertebrae, facial lacerations and a concussion. Moore suffered from post-concussion syndrome and never played again. Bertuzzi was charged with assault and Moore filed a civil lawsuit against him and the Canucks.

‘Fake’ is a word often bandied about when talking about Pro Wrestling. Of course the soap opera storylines, histrionic characters and choreographed attacks are all staged, but it’s hard to deny the athleticism on display and the fact that most pro wrestlers put themselves at considerable risk when they get pummelled and thrown around the ring. Sid Vicious’ near career-ending injury in WCW proves that everything doesn’t always go to plan. In 2001, WCW had urged Vicious to broaden his moves for its big pay-per-view ‘Sin’ event and suggested he try out some flashy aerial maneuvers. Vicious was apparently reluctant to do so given his size and the type of wrestling he preferred, but he rose to the challenge and attempted to deliver a ‘big boot’ off the second turnbuckle to Scott Steiner. Vicious landed awkwardly and his left leg snapped back completely. He had snapped both his tibia and fibula and he couldn’t return to active wrestling until three years later.

During a UEFA Cup tie game against Lyon in October 1999, Celtic player Henrik Larsson very nearly saw his professional soccer career come to an end after he suffered a horrific leg injury. Coming in with a hard challenge against Serge Blanc, Larsson snapped his left leg just above the ankle in the collision. Although he broke his leg in two places, the grisly-looking snap wasn’t as bad as first feared and Larsson returned to the pitch after eight months of recuperation.

Figure skating may seem like a fairly risk-free exercise compared to other contact sports on this list, but those ice skates are very, very sharp. While competing at the Four Continents Championships in February 2007, Canadian figure skater Jessica Dubé was slashed in the face by her partner’s skate blade as they performed a side-by-side camel spin. Dubé fell to the ice as blood pooled from her face and she was rushed off on a stretcher by medical personnel. The nasty laceration had cut her cheek and nose and it required 83 stitches to repair.

Servette FC player Paulo Diogo celebrated a little too hard after a teammate’s goal in the 87th minute of a match against FC Schaffhausen. Diogo scaled the iron fence which separated fans from the pitch and yelled at them in celebration. When he jumped down he snagged his wedding ring on the fence and tore a part of his finger off. Doctors couldn’t reattach the severed part of his finger and had to amputate it above the first joint. On top of everything else, the referee – who was unaware of the extent of Diogo’s injury and didn’t realise the match stewards where looking for his severed finger at the time – gave the player a yellow card for “excessive time wasting” for jumping on the fence.

Joe Theisman’s injury in 1985 is still thought to be one of the most shocking moments in American Football. During a match against the New York Giants, the Washington Redskins quarterback was taken down to the ground by Lawrence Taylor. Taylor’s knee drove straight into the back of Theisman’s right leg, essentially snapping the lower part of his leg at a 45 degree angle. The injury fractured Theisman’s tibia and fibula, forcing the legendary quarterback into retirement at the age of 36.

Even the best MMA fighters are likely to come out of the Octagon looking a lot worse than they walked in, but sometimes their injuries can be more than a few bruises and a bit of blood. Anderson Silva is widely thought to be one of the best fighters of all-time and has a well-earned reputation for his deadly, lightning-fast strike ability. However, Silva’s career very nearly came to an end during a title fight against Chris Weidman at UFC 168 in December 2013. In the second round, Weidman successfully defended one of Silva’s quick kicks by checking it with his knee. The lower part of Silva’s leg snapped like a twig and the Brazilian fighter fell immediately to the canvas writhing in pain. Although many thought that the injury would push Silva, who is nearing 40, to retire from the sport, he’s due to make a comeback in early 2015.

One of the most gruesome injuries ever seen on a basketball court happened during an ‘Elite Eight’ NCAA game between the Louisville Cardinals and the Duke Blue Devils. When Louisville guard Kevin Ware jumped high in the air to contest a three pointer shot made by Duke’s Tyler Thornton in the first half, he landed awkwardly as he came down and snapped his right leg. Players and fans winced and cried as they looked on at Ware writhing on the ground with his bone sticking out of his skin. It looked like a career-ending injury for the young star and footage of the incident went viral worldwide. However, not only did the Cardinals go on to win the championship, Ware returned to professional basketball after only eight months.

The stereotypical image of the gap-toothed, broken nosed ice hockey player is typically an easy way to pick out someone who has spent a long time on the ice. While most NHL players are happy to show off their war wounds, none of them would ever want to go through the ordeal suffered by St. Louis Blues player Clint Malarchuk during a 1989 match against the Buffalo Sabres. Malarchuk was downed in the Buffalo goal after a collision between his teammate Steve Tuttle and Blues player Uwe Krupp. As the two other players fell on top of him, Malarchuk’s carotid artery was slashed by Tuttle’s skate blade. The horrific injury looked like something from a horror movie as Malarchuk yanked off his mask and a geyser of blood squirted from his neck all over the ice. Luckily, the St Louis team’s athletic trainer was a former Army medic who pinched off the blood vessel in Malarchuk’s neck and held it until doctors had stabilised the wound. Malarchuk lost 1/3 of the blood in his body and the wound required almost 300 stitches to close. 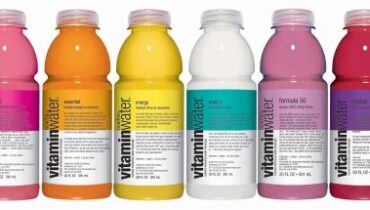