Let’s be honest, the sex comedy genre is full of easy pickings and lowbrow jokes. Most sex comedies feature staple cliches like the horny jocks, pimply virgins, scenes of accidental (and deliberate) nudity, disasters in the bedroom and lots of raunchy escapades. Although some movies play around with the formula, the focus is always on sex – and lots of it. However, while most sex comedies don’t set the bar very high and are happy to stumble between nude scenes and sex jokes with the flimsiest of plots holding it all together, some are actually worth watching for more than just the T & A.

The 80s may have been a busy time for sex comedies, but most of them simply weren’t very good. Movies like Hardbodies, Hot Dog: The Movie, Jocks and many, many others have been rightfully relegated to their homes in DVD bargain bins and late-night TV programming. However, the entire decade wasn’t completed wasted. Mostly remembered for that scene with Phoebe Cates by the side of the pool in her bikini, Fast Times at Ridgemont High is a quirky comedy which features plenty of frank and funny discussions about sex and ‘losing it’. It’s a standout coming-of-age story which shows the true trials and tribulations of teenage romance and Sean Penn’s performance as surfer stoner Jeff Spicoli steals the show. However, try to keep an eye out for small parts from up-and-coming actors like Nicolas Cage, Forrest Whitaker and Eric Stoltz.

Judd Apatow helped pave the way to box office glory for a wave of R-rated comedies after the success of 40 Year Old Virgin. The story of one man’s quest to pop his cherry is classic sex comedy material, but it’s obviously been given a new twist as the virgin in question isn’t a dweeby outsider in high school but rather a 40 year old man. He’s also quite happy staying the way he is – or at least he seems to think so. There’s plenty of raunchiness on display as Andy (played by Steve Carell) is goaded and persuaded by his new friends into finally having sex with a woman, but the movie is also a surprisingly poignant and refreshing look at male friendship and relationships.

Britain finally dusted off its stuffy, buttoned-up sensibilities during the 70s and embraced the silliness of the sex comedy. Whereas earlier comedies like the ‘Carry On…’ series skirted around sex and concerned themselves with risqué innuendos and suggestive nudity, the decade saw the arrival of some much raunchier material. The biggest success was Confessions of a Window Cleaner which went on to become the top grossing movie at the box office that year. It’s a daft farce which follows the inept sexual adventures of a window cleaner who tries to satisfy his customers with more than just clean windows, and it’s a surprisingly enjoyable romp in a very British kind of way.

Screwballs makes no attempt to hide the fact that it is treading in the footsteps of much better sex comedies – but the movie is all the better for it. Screwballs is a high school sex comedy which follows five guys who are determined to see the boobs of scheming cheerleader Purity Bush. It’s an unashamedly puerile and juvenile effort, but the movie seems pretty comfortable just serving up silly gags (the most memorable scene involves one of the characters getting his penis stuck in a bowling ball) and some good old-fashioned nudity.

The premise of Risky Business may be classic 80s sex comedy material, but there’s much more below the surface of this clever hit movie. When high schooler Joel (Tom Cruise in his star-making role) cuts loose while his parents are away, he ruins his father’s beloved Porsche after a dangerous run-in with a pimp and turns the family home into a temporary makeshift brothel to cover the repair bill. It’s a stylish entry in the sex comedy genre which also manages to be a pretty insightful presentation of the pressures facing suburban teenage high schoolers as well as a look at the ‘behind closed doors’ intrigue of the American middle-class.

So many high school sex comedies focus on the classic struggle/feud between geeks and jocks, but what about those kids who don’t really fit into either category? Superbad updates the traditional scenario by focusing on a pair of high school seniors, Seth and Evan (played by Jonah Hill and Michael Cera), who are by no means the most popular kids but have managed to get by pretty OK so far. When they finally get invited to a big party, the inseparable pair pin their hopes on finally making a big impression with the ‘in crowd’ and maybe, if they’re lucky, scoring with their crushes. Superbad has a sharp, quotable script which features some boozy mishaps, a gross encounter with bodily fluid, first-time sex gone wrong and, crucially, two likeable leads who you just can’t help but root for.

Weird Science is a wonderfully daft mixture of a classic 80s sex comedy premise – two nerds desperately seeking their perfect woman – as well as a send up of the decade’s fantasy-like obsession with computers. The nerds in question somehow bring their dream girl to life with the help of their home computer and a fortuitous magical bolt of lightning, and their fortunes change considerably when their sexy techy Frankenstein pledges her complete devotion to the pair. Outside of its sexy premise Weird Science is definitely lighter on sexual content than other entries on this list (the closet the boys get to sealing the deal with their creation is when they take a shower with her – but they’re too embarrassed to even take their pants off), but king of teen movies John Hughes brings a much more entertaining sci-fi twist to the genre.

Although it spawned a series of sequels which definitely suffered from diminishing returns (and that’s saying nothing of its awful, straight to DVD spin-offs), the original American Pie was a defining generational hit and brought the sex comedy genre into the 21st century. When a group of horny high school friends vow to lose their virginity before graduation, their raunchy attempts are as painfully awkward – and hilarious – as possible. There are certainly some gross-out, cringe-worthy moments as the group adopt a ‘by any means necessary approach’, but there is a surprisingly heartfelt affection towards adolescence on display behind all the vulgar naughtiness. American Pie’s massive success helped launch the careers of most of its main actors and it also brought MILFs, band camp anecdotes and, yes, pie fucking into popular culture.

Porkys is an undisputed sex comedy classic and its success and popularity is widely thought to be responsible for the subsequent explosion of the genre in the 80s. Of course, seeing the sexual hijinks of horny teenagers was nothing new for cinema audiences at the time, but Porkys was the first to really push the vulgarity envelope and embrace sexploitation. Like so many other sex comedies Porkys is a period movie set during the late 50s/early 60s (this was a popular trend at the time as it seemed to provide an easy opportunity to contrast over-the-top bawdiness with the more conservative mind-set of the era) and it follows yet another group of teens on their quest to have sex and become enter manhood. Probably best remembered for its voyeuristic shower scene which featured full-frontal female nudity, Porkys introduced so many scenarios which would be played out time and time again in movies which followed in its perverted path. Filled with incidents and anecdotes involving condoms, strip clubs, jockstraps, barfing and of course breasts, Porkys is the original dirty-minded romp. 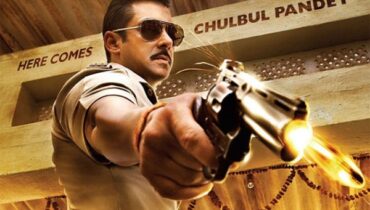 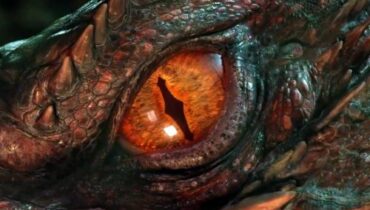