The electric guitar is the instrument we first think of when we think about rock music. Over the years there have been many fantastic guitarists, but these ten weren’t just great at their craft – they helped push rock music itself ever forward, too.

Though rather better known for being the archetypal rock survivor, Keith Richards was pivotal to the success of The Rolling Stones, both as a songwriter and as a guitarist. While not favouring the long guitar solo, Keith’s driving guitar riffs helped to define the Rolling Stones sound.

An immensely gifted guitarist, Kurt Cobain from Nirvana was THE grunge superstar from the late 1980s to the mid-1990s. With the combination of his intense vocals and explosive guitar playing, Cobain was one of the most exciting performers in rock history.

George Harrison normally had a mellow guitar style, though it could sometimes be more abrasive. Harrison didn’t rely on trying to blast everyone away with his guitar playing, but he managed to connect with music fans on an emotional level – and he added colour to The Beatles array of magical songs.

Queen’s Brian May always had an unusual guitar sound, but that’s hardly surprising as May’s guitar was made by his Dad! Bohemian Rhapsody was a good example of how May could mix up a heavy guitar sound with a much more sweeter style.

A guitarist who would surely have been mentioned more in the same breath as Eric Clapton, but for fame pretty much destroying him. The former Fleetwood Mac guitarist was a very sensitive player, and it probably underlined his own sense of sadness. Ending up offering to give all his money away, Green’s guitar work on the classic Man of the World was probably the best example of just how gifted he was. Though Fleetwood Mac went on to become even bigger without Peter Green in the ’70s, the remaining band members certainly owe a debt of gratitude to Peter.

As well as being one of Britain’s greatest songwriters, The Who’s Pete Townshend was the master of the power chord. As a guitar showman, only Hendrix bettered him, and Pete’s trademark wind milling arm, while his bandmate Keith Moon was going similarly wild on the drums, helped to create The Who’s reputation as a great, theatrical live band. Townshend was also known earlier in his career for smashing his guitar during live performances, which, during the mid-1960s, was about as outrageous as it got for a guitarist on stage.

Probably no group will ever again have so many talented guitarists in their line up as The Yardbirds had with Jeff Beck, Eric Clapton and Jimmy Page – albeit not all at the same time. Together with being an outstanding technical guitarist, Beck was one of the best examples of the innovative ways the electric guitar was being utilised from the mid-1960s onwards. Beck’s reputation for being difficult also probably held back his career, as Pink Floyd wanted him to replace Syd Barrett, but were too intimidated to ask, and he could have joined The Stones after the death of Brian Jones.

There’s existing some very early TV footage from 1957 of Jimmy Page as a clean-cut schoolboy performing in a skiffle group. Less than a decade later and a long-haired Page was appearing in the iconic Antonioni movie, Blow Up, alongside Jeff Beck in The Yardbirds. By the end of the ’60s Page had founded Led Zeppelin and helped to move heavy rock into the mainstream. A guitarist who is equally expressive with an acoustic guitar, as an electric, Page is a subtle player, but who can be as heavy as anyone in rock history. A musician with a keen ear for the killer riff, Jimmy Page is also very inventive, as he has played his guitar with a cello and a violin bow, and is probably the most famous guitarist to have used double-neck guitar.

Eric Clapton has never been surpassed as Britain’s best rock guitarist. While even in his early 20s “Clapton is God” was a saying among his fans for the proficiency of his playing. Clapton was also very much the blues purist in his younger days, and he quit The Yardbirds when he thought that their sound was becoming too pop oriented – even though they were becoming successful, too. It was to be with Cream that Eric found the perfect vehicle for his extraordinary talent, and had the freedom to take electric guitar playing into a much more expansive direction than had previously been the case. A good vocalist and songwriter, Clapton also went on to enjoy a fine solo career, though, ironically, often with songs that were very commercial, such as Wonderful Tonight.

Left-handed guitarist Jimi Hendrix took rock showmanship to new levels, but this was never at the expense of his actual playing. He honed his craft playing for the likes of Little Richard and The Isley Brothers, and, by the mid-1960s, he was primed and ready to explode onto the British rock scene. An immediate sensation, great rock guitarists such as Eric Clapton and Pete Townshend were wowed by his talent, and his performances at the Monterey International Pop Music Festival in 1967 and Woodstock in 1969 remain two of the most thrilling live performances ever seen. Backed by excellent musicians, namely drummer Mitch Mitchell and bassist Noel Redding, Hendrix fronted The Jimi Hendrix Experience. A group that combined heavy rock with melodic pop, Hendrix was also an accomplished lead singer and songwriter with the group. Apart from being able to play the guitar with his teeth and behind his back, Jimi Hendrix was a guitarist who was comfortable playing anything. Even though he was only 27 when he died in 1970, no one since has come close to challenging Jimi Hendrix as rock’s greatest guitarist. 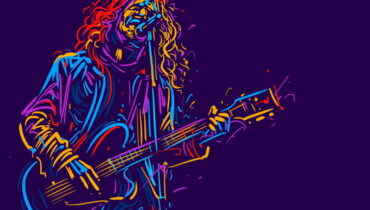 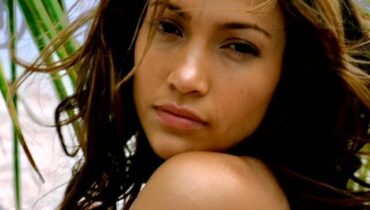 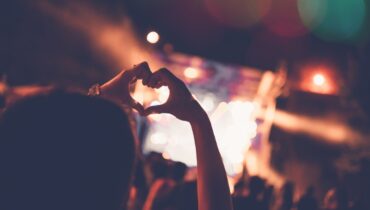 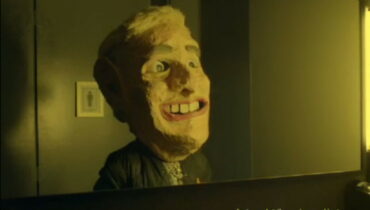