What is it about hitmen and assassins that make them so undeniably cool in movies? It’s not a profession that most people in their right mind would even endorse, but filmmakers love making these characters so effortlessly fascinating and enduring. Although the ‘classic’ image of the hitman is a suave suit-wearing, rifle-toting man of action who is dedicated to finishing the job, there have been many cinematic iterations of the character over the years. From modern day samurai to former spies, hitmen and assassins come in many different forms and disguises.

It may seem surprising now but back when the first Bourne movie was released in 2002, Matt Damon seemed like an unlikely candidate for Robert Ludlum’s steely-gazed, amnesia-suffering assassin. Damon had proven his worth in dramatic fare but his performances had never hinted that he was capable of action man material. However, Damon quickly put these apprehensions to rest and he comfortably proved he could kick ass with calculated ease. Although Bourne has left his shadowy days behind him by the end of the first movie, it’s not long before the reformed assassin is turning his deadly skills against the organisation that trained and betrayed him. The Bourne movies are globetrotting, adrenaline-fueled action movies with both style and substance.

Most movies about assassins and hitmen are cool and stylish, but the reality is probably very different. Ben Wheatley’s nightmarish cult horror The Kill List follows two men, Jay and Gal, who have turned to contract killing after leaving the army. The two men kill simply because it’s a job. They don’t follow a particular code of conduct and there are no fist-pumping, ass-kicking moments where the men effortlessly cut through swathes of bodyguards and bad guys. The acts of violence are shocking and extreme without necessarily being gratuitous and, although the movie definitely takes an unexpected turn into very different territory near the end, it’s probably one of the more realistic portrayals of men who kill for money. 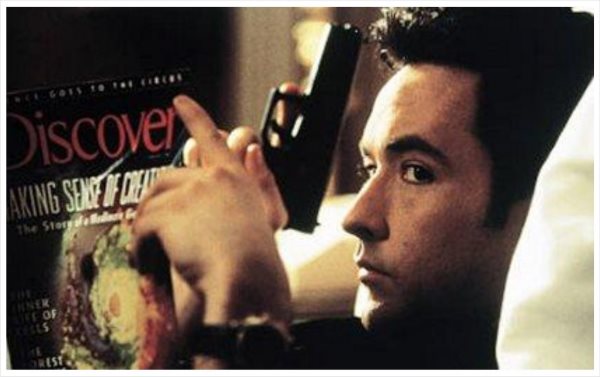 Unsurprisingly, very few romantic comedies feature a hitman as their leading love interest. After a botched hit, Martin Blank (played with deadpan charm by John Cusack) is forced to return to his hometown to carry out another contract. Unfortunately for Martin, his return coincides with his high school reunion and he can’t help but reconnect with a life (and ex-girlfriend) he thought he had left behind. The tight script perfectly balances Martin’s growing anxiety and dissatisfaction with his line of work and the apprehension any 30-something would feel when going to their high reunion. Cusack plays the role of the slightly neurotic Martin so well that when it’s time for him to draw his guns and engage in a shootout it’s all the more surprising that he is actually a very adept and efficient killer. The brutal, hand-to-hand fight between Martin and another hitman by his school’s lockers is surprisingly tense and a hugely underrated movie fight scene.

Kick-Ass is a hyperkinetic, tongue-in-cheek throwback to the superhero genre, but the titular character is almost completely overshadowed by Hit-Girl. Unlike the generally hapless and oblivious Kick-Ass who thinks that all it takes to fight crime is a costume and a catchy name, Hit-Girl (played by Chloe Grace Moretz) is a hardened crime fighter who is completely dedicated to a life of vigilantism. She is also only eleven years old. Foul-mouthed and highly-trained, Hit-Girl (along with her father Big Daddy) is completely unlike most superheroes who catch the bad guys and string them up for the police to arrive so they can be thrown in jail. Instead, she gleefully and bloodily breaks bones and slices and dices through the gangsters and bad guys, leaving them in piles on the floor. 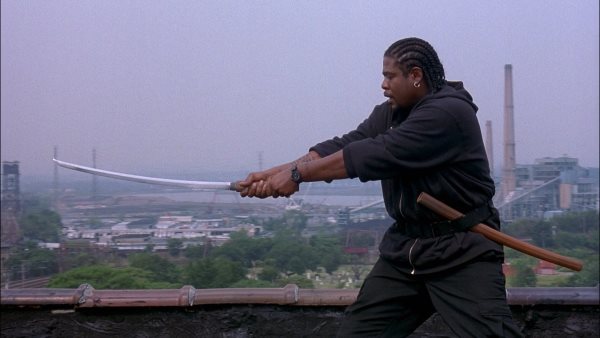 Cult filmmaker Jim Jarmusch has never been the type to follow convention and his hip-hop infused ode to samurais is one of the most inventive assassin movies even made. Played by Forrest Whitaker, Ghost Dog is a hitman for the mafia who follows a strict code of honour. Living by the Hagakure – the book of the samurai – Ghost Dog is bound to his master Louie, an Italian gangster who saved his life years ago. However, the peaceful and spiritual Ghost Dog is no slouch when it comes to killing people, as he expertly demonstrates when he effortlessly takes down a houseful of mobsters. Ghost Dog also carries out one of the sneakiest assassinations ever seen in a movie. With the help of some creative plumbing skills, he manages to shoot an unsuspecting gangster up through a sink. 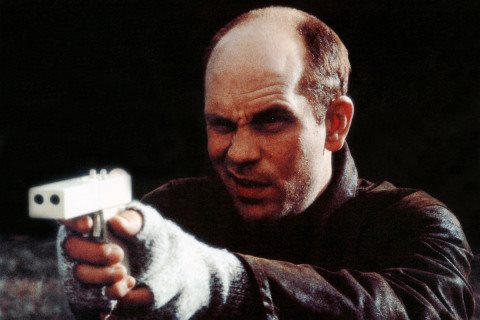 When it comes to assassination targets, it doesn’t get much bigger than the President of the United States. Playing a disillusioned, insane former CIA agent, John Malkovich is at his creepy best as Mitch Leary in In the Line of Fire. Taunting Secret Service Agent Frank Horrigan (Clint Eastwood), Leary makes it known exactly what he is planning to do, but his skills as a shadowy government operative makes him a resourceful and almost impossible to catch threat. Donning disguises and fashioning an undetectable zip gun, Leary manages to get as close as possible to the most protected man in the entire world.

Childlike, socially awkward and speaking with a thick French accent, Léon does not look or act like an efficient killing machine for the mob. Of course, like most great hitmen, that’s what makes him such a good ‘cleaner’ as Léon is able to evade suspicion when he goes about his business. Disappearing into the shadows and able to get close to his victims with almost preternatural skills and instinct, Léon is a killer who no one ever sees coming. However, Léon’s mostly quiet, reclusive life is turned upside down when he takes orphaned young girl Matilda (played by Natalie Portman) under his protection and trains her to avenge the violent death of her family at the hands of crooked cops. Jean Reno is brilliant as the titular character and he perfectly balances his awkward interactions with his new ‘daughter’ with scenes of gritty, violent action when he carries out his ‘hits’.

Some of the greatest hitmen movies know that it’s all in the preparation. Tasked with killing French president General Charles de Gaulle, English assassin The Jackal (played by Edward Fox) spends most of his time in The Day of the Jackal meticulously planning how to kill the high-ranking and closely guarded target. Following the Jackal as he constantly shakes off French authorities, Fox plays the part with professional confidence and remorseless determination. Although it’s not strictly based on true events (the movie does recreate the attempted assassination of De Gaulle which took place in 1963, but most of the events of the Jackal are fictitious), the audience knows in advance that the Jackal won’t succeed in killing this real life historical figure. Nevertheless, The Day of the Jackal oozes suspense and the movie is a real edge-of-your-seat thriller as the legendary fictional assassin gets closer and closer to his target.

As one of the members of the Deadly Viper Assassination Squad, The Bride is highly trained in martial arts, swordplay, surveillance and other skills that would benefit a globe-trotting master assassin. When she is targeted by her own teammates on the orders of her former lover Bill, the Bride is hellbent on revenge and cuts a bloody path through her former colleagues. Quentin Tarantino’s two-part love letter to Eastern martial arts movies is a stylish and blood-soaked classic, and Uma Thurman (along with other members of the Deadly Viper Assassination Squad) proves that hit women should be feared just as much as hitmen. 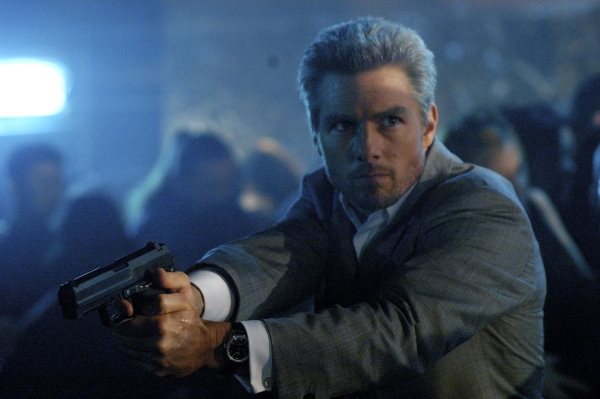 Tom Cruise may have played a diverse range of roles over the years, but the leading man was seldom cast as the villain. It’s a shame because Cruise turned in some of his best work in years in Michael Mann’s hitman thriller Collateral. With his streaked, greying hair and plain suit, Cruise looks almost unidentifiable as the cool, calculating killer who is travelling around LA crossing names off his list of targets. Striking up a rapport (albeit a forced one) with taxi driver Max (played by Jamie Foxx), Cruise’s intense and icy performance is genuinely unnerving and his calculated precision in the movie’s no-nonsense action scenes proves he is one professional not be messed with.