From the frozen tundras of Norway to the grassy shires of Middle Earth, cinematic Kings and Queens come in all shapes, sizes and even species. Many of these memorable, powerful, inspiring and, yes, terrifying monarchs have crossed from the silver screen to touch our hearts.

10. Arwen – Lord of the Rings Trilogy 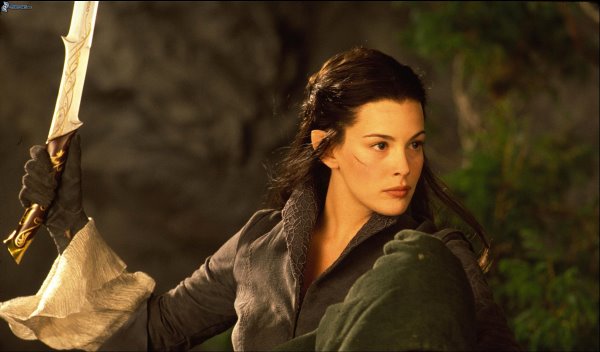 Even though she is only half elven, genetics didn’t stop Arwen from becoming a full regal ruler in the Lord of the Rings franchise. Not only does she love her people and fairly rule over them, she also knows how to face off against pesky Nazgûls – which is really no easy feat. As a picture of beauty and grace, Arwen is quick to do what she believes is right and, like Beren and Lúthien before her, she united Elf and Man in peaceful love and harmony. Although at the beginning of the grand adventure she is only a princess, when she marries Aragorn after the events of the War of the Ring she becomes Queen of the Reunited Kingdom of Arnor and Gondor, giving her rightful claim to this throne. 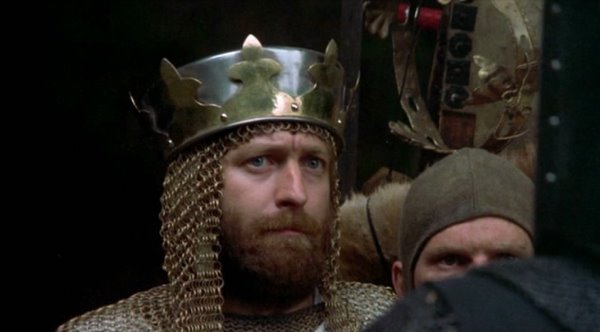 The mystical tale of King Arthur is a classic and what better way to tell it than with some satire? Although every scene is comical – from the clapping coconuts of pretend horses to the scene with the Black Knight – Monty Python and the Holy Grail still gives us a glimpse of the goings-on in Camelot thanks to Graham Chapman’s central performance as Arthur. Cool but undeniably cowardly, when Arthur and his knights reach Camelot (followed by a song-and-dance cutaway) Arthur decides not to enter because “’tis a silly place”. They are then instructed by God to seek the Holy Grail and the adventure begins again. With so many great comedic moments and a different twist on the legendary tale, this King Arthur proves why he was chosen to pull the sword from the stone. 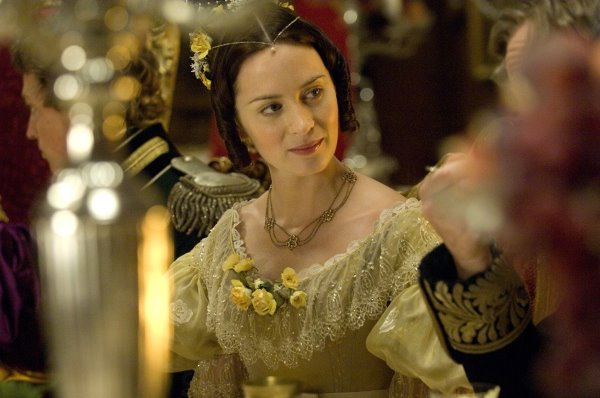 Princess Victoria of Kent was the heiress presumptive to the throne during the last years of the reign of King William IV, her uncle. She was brought up under a strict set of rules devised by her mother, the Duchess of Kent, and the comptroller of the Duchess’s household, Sir John Conroy. Conroy secretly hoped that William IV will die while Victoria is still a minor, which would mean that the Duchess would be appointed Regent, and he would be the power behind the throne through his considerable control of the Duchess. Victoria, even whilst being so young, sees straight through their plot and rebels against her mother and Conroy’s oppressive control of her every move. A strong central performance from Emily Blunt boosts this high calibre period drama with help from a sharp script from Julian Fellowes and some amazing attention to historical detail.

7. Queen of Hearts – Alice in Wonderland 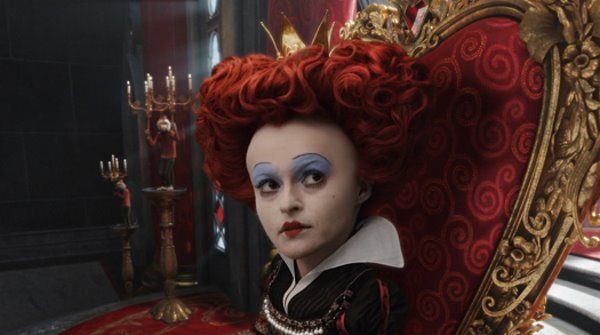 The Queen of Hearts is a foul-tempered monarch who author Lewis Carroll pictured as “a blind fury”. Which is exactly what she is. Constantly shooting off at the mouth, no one is ever really sure what she is actually mad about. All that’s for certain is that she has penchant for declaring “Off with their heads!”. With the help of some CGI wizardry to make her head cartoonishly large, Helena Bonham Carter chews up the scenery as she brings this irascible little monarch to life in Tim Burton’s recent trippy adaptation of the classic fantasy novel. 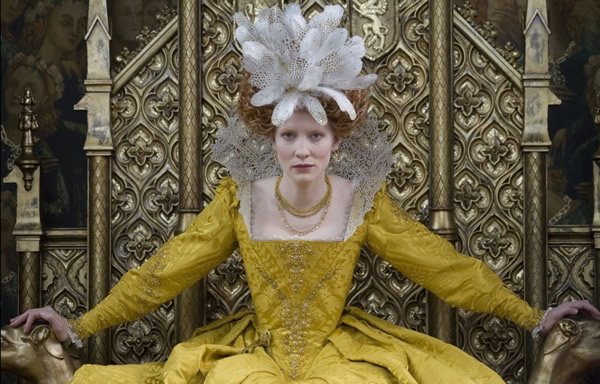 Queen Elizabeth was a renowned ruler who brought about the establishment of the Church of England and ruling the prosperous Elizabethan Era, under which English drama flourished. It’s a tough role to bring to life, but Cate Blanchett does a remarkable job as she transforms the ruler from a warm-hearted, rather romantic girl into the stern powerful leader who she became. In Elizabeth: The Golden Age, she proves everyone wrong by defeating the Spanish Armada while declining marriage proposals left, right and centre. Despite her personal ordeals and the betrayals that she faces, Elizabeth triumphs as the Virgin Queen and mother to the English people – proving it’s not just a man’s world after all.

5. The White Witch – The Chronicles of Narnia 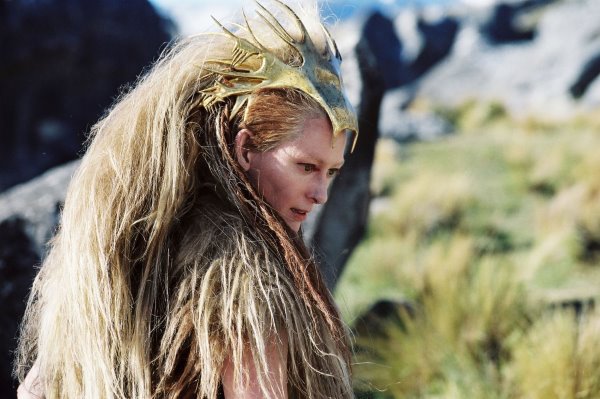 Jadis AKA The White Witch is perhaps one of the most chilling villainous monarchs to grace the silver screen. She usurps her power and steals the kingdom of Narnia, living up to her grand name, and then plunges the land into a perpetual 100 year winter. Charming, witty and frightfully powerful, The White Witch wields a devastating wand which has the power to turn anyone to stone. Not many villains get to achieve their goals and kill the protagonist, but The White Witch does just that – killing Aslan with her bare hands (although he is eventually resurrected and defeats her). Even after she is defeated she never loses her sass and makes return appearances in the following sequels, proving that her power and might will never be forgotten. 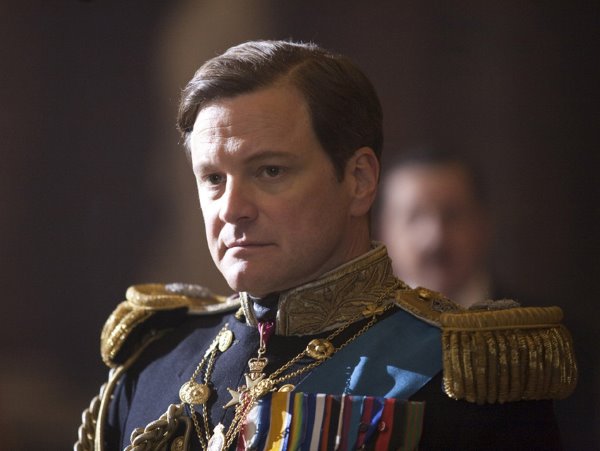 Unlike other monarchs on this list, King George VI isn’t tangled in a struggle for power or dominance or even a frivolous scandal. Instead, he suffers an internal conflict. George suffers from an embarrassing stutter which makes royal speeches a chore and sometimes arduous to the point where he kicks and screams when it comes to addressing the nation. Behind his royal status lies a character that is sensitive, sometimes angry, self-conscious and, most importantly, just a regular guy. It’s not an easy task to run a country, but sometimes it’s even harder to face our inner demons and physical boundaries. 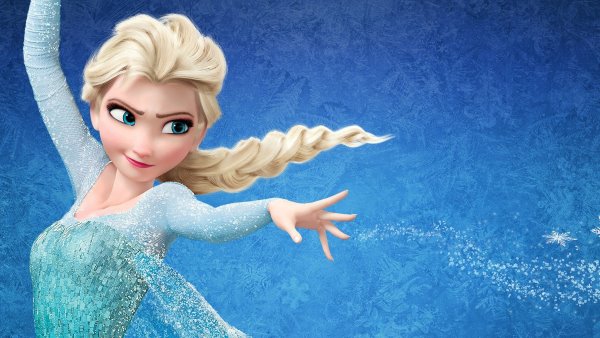 Reluctant to use her powers to manipulate snow, ice and frost, Elsa and her parents are initially afraid to reveal her true self to their subjects. After her parent’s untimely disappearance, Elsa is forced out of hiding and onto the throne of Arendale. It isn’t long before her powers are revealed and she flees the kingdom, throwing caution to the wind and embracing who she really is. When her unwanted powers threaten her sister’s life, she feels like she is destined to be alone. But Elsa overcomes her own boundaries and finds that it is really fear that is holding her back. With her powers under control, she returns to take the throne and thaws the eternal winter she accidently caused. With a heart of gold and a voice of the angels, Queen Elsa has melted the hearts of a whole generation of young movie fans.

2. Queen Galadriel – The Lord of the Rings & The Hobbit Trilogies 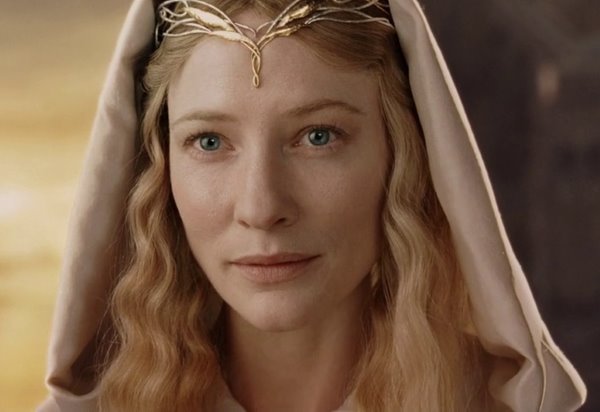 Described by author J.R.R Tolkien as ‘the greatest of all elven woman’, the lady of light more than lives up to this name. She is one of the greatest of Middle-earth and surpassed nearly all others in beauty, knowledge and power. Gifted with telepathic powers to boot, she plays a major role in helping guide Frodo to his end destination and plays a key role in the ring’s destruction. Not only that, she was chosen as one of the three elven ring keepers who possess the rings of power. In ‘The Hobbit: The Battle of Five Armies’ we see Galadriel expel Sauron himself from Dol Guldur; surpassing the powers of even Gandalf the Wizard. Both respected and feared, she brought doubt and caution to the minds of the all non-Elven inhabitants of Middle-earth. 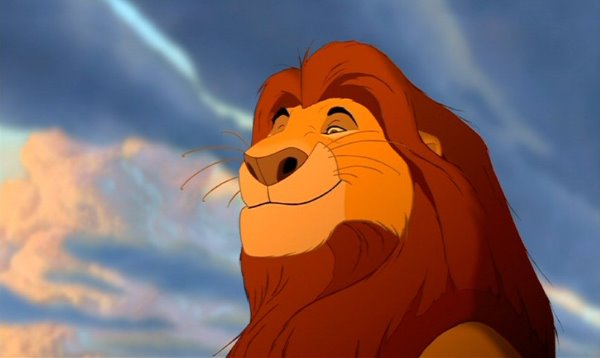 James Earl Jones brings pure authority to the role of Mufasa in the Lion King. The King of Pride Rock, Mufasa rules his kingdom in a fair, diplomatic and merciful manner which earns him the love of his subjects. Under his reign, the kingdom thrives and the circle of life is respected. But don’t be fooled, Mufasa is stern when he needs to be and sets a great paternal example teaching his son and future ruler Simba what it means to be king. Sadly, being high and powerful doesn’t come without making enemies and for Mufasa this takes the form in none other than his brother Scar who wants the throne for himself. After carefully plotting the king’s demise, Scar gets what he wants, but not before giving Mufasa one of the most memorable death scenes in the history of film. Long live the king!