Throughout the history of Japan’s most famous fire breathing giant lizard, Godzilla has been both an enemy and an ally of the human race. Despite his nearly undefeated win streak, he has battled various other kaiju; from flying moths and giant gorillas to aliens from outer space. 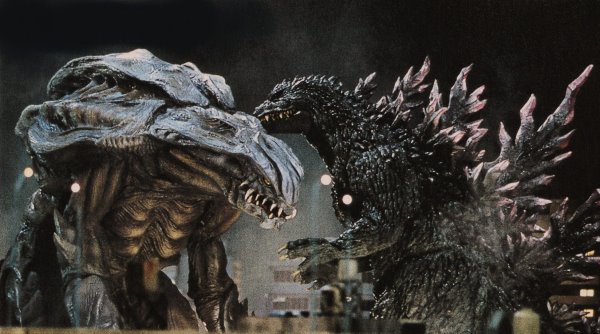 Orga is derived from the name of the cell contained within Godzilla which allows for immense survivability – ‘Organizer G-1’. Part of a race of aliens, Orga unfortunately crash-landed into Earth’s oceans, where it remained trapped. After being reawakened, he flew out in the UFO he landed in to search for genetic material to make his life form stable. Finding Godzilla, he copied the regeneration cells along with most of Godzilla’s DNA, allowing him to emerge with a new body which from there on out would be called Orga. Godzilla didn’t like this and immediately began to attack Orga, yet his beam proved ineffective – his foe’s abilities allowed him to regenerate parts of his body quicker than Godzilla could mangle them. The ultimate plan was for Orga to become a full clone of Godzilla. However, this was put to a speedy-stop when our favourite mutant reptile used his atomic breath, giving Orga no time to escape or regenerate. Sometimes the original model is just way better than the copy. 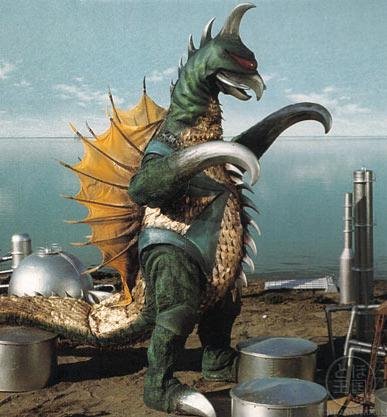 First appearing in the 1972 film ‘Godzilla vs Gigan‘, Gigan is an amazing looking cybernetic space monster complete with metal hooks for hands and a buzz saw-type weapon on its abdomen. Gigan is often considered one of Godzilla’s most brutal opponents, becoming the first to cause him to physically bleed. He was summoned to Earth to destroy Tokyo but suffered an embarrassing defeat and was driven away. Although he teamed up with fellow villains in future encounters, he often finds himself abandoning them to face Godzilla alone. Throughout his history, Gigan has had a number of upgrades including having his arms replaced with chainsaws, an optically-mounted laser, jet-packs, grappling hooks and the ability to teleport . 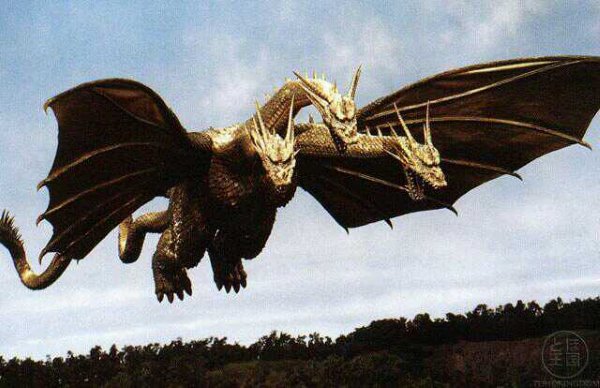 The initial design of King Ghidorah came from the original creator of Godzilla, Tomoyuki Tanaka, who took inspiration from the Greek mythological creature the Hydra. Enamored with the idea of a multi-headed creature (but considering 8 heads to be slightly excessive), he reduced the design to just three. King Ghidorah has had multiple origins; first he was created by the Garogans, but then his history was changed so he was affected by the same atomic bomb dropped on Godzilla. A further retcon had him be the reason the dinosaurs became extinct while the final incarnation has him as an 8 headed god who was awoken prematurely (hence why he is missing five heads). Whatever his origin, he is a fighting force for Godzilla and his destructive magnetic force beams are nothing to shake your head at. 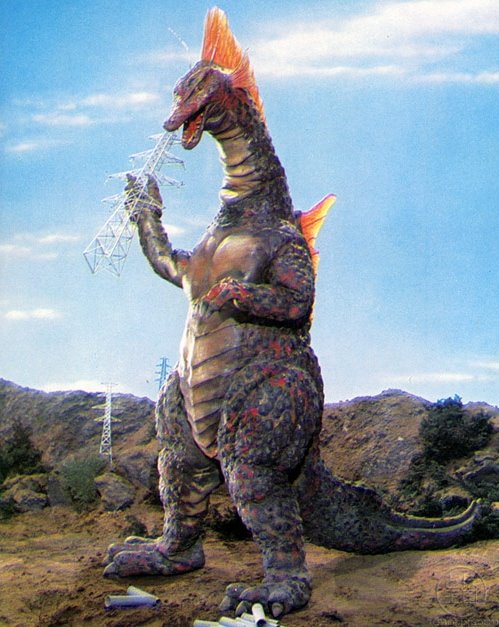 After being cast out from his scientific community due to his obsession with studying the brain patterns of marine life, scientist Shinji Mafune succumbed to madness and found a way to control Titanosaurus and wreaked havoc on humanity. Believing Titanosaurus to be a weak opponent, Godzilla thought he would be no problem at all. This proved costly as his foe’s bag of tricks include the power to generate winds which are strong enough to demolish buildings, the ability to create powerful whirlpools and tremendous swimming speeds – all of which are thanks to his giant fan like tail. After a lengthy battle which saw Godzilla hurled across Tokyo, Titanosaurus was hit by an atomic ray and fell from a cliff into an ocean. Although his whereabouts are unknown, he is yet to be seen again.

King Kong first resided on the Island of Farou, where he was worshiped by a God due to his towering size. After a New York TV station travels to the island in the hopes of boosting their ratings by capturing him, they transported him to Japan as a stage-show. Of course, he broke free and started to attack Tokyo. Godzilla arrived in the hope of saving the day and the two fought on the side of Mount Fiji before both tumbled off into the ocean. Shockingly, Kong emerged victorious and swam back to Farou Island. Kong has appeared throughout Godzilla’s history as both a villain and ally, and he proves himself as an extremely capable combatant thanks to his large, powerful muscles and mighty fists. Inexplicably, electrical currents do not weaken him and instead strengthen his powers, helping to either awaken him or revitalize him. He is also able to shoot said lighting from his hands. Kong is also exceptionally resistant to Godzilla’s atomic breath, which barely penetrates his thick coat of fur. 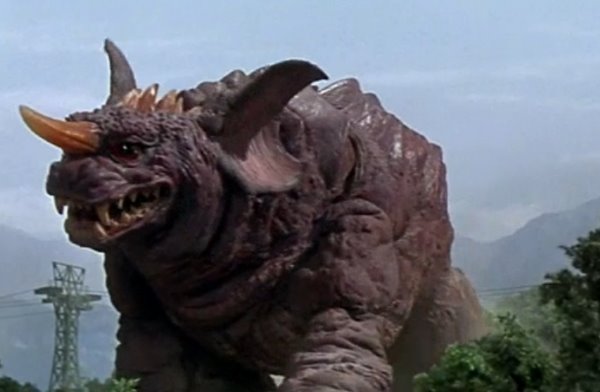 This kaiju first graced the screens in ‘Frankenstein Conquers the World‘ as a dinosaur who burrowed underground to escape the extinction of all prehistoric creatures. He was crudely awoken by the sounds of a nearby factory, so he did what any reasonable creature would do when they get rudely awoken – emerge and destroy the surrounding village. After suffering a dramatic loss to Frankenstein, Baragon disappeared only to return as one of several monsters held captive on Monster Island. Unfortunately, he was soon brought under the control of an alien race and he was forced to destroy cities. After freeing himself, he returned back to the island with his fellow monsters. With his heat ray and spectacular jumping ability, he went toe to toe with Godzilla for a good while before he was eventually killed by Godzilla’s atomic breath – a fate many kaijus seem to suffer. 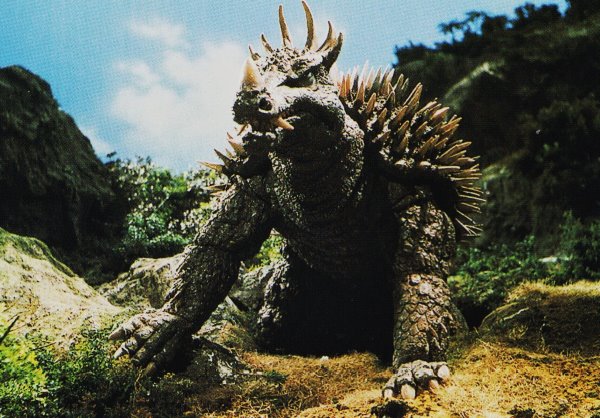 Anguirus was the second kaiju to appear after Godzilla and thus became the first monster he ever had to fight. According to history, Anguirus was a dinosaur with a hatred for war-like predators. Predators exactly like Godzilla, hence the need for inevitable battle. Affected by the same hydrogen bomb that awoke Godzilla, the two fought in Osaka with Anguirus suffering a bite to the neck before being incinerated by atomic breath. When he reappeared few years later, Anguirus had a change of heart and became an ally of Godzilla, with the two living with one another on Monster Island. He has helped Godzilla fight foes on numerous occasions including Mechagodzilla, King Ghidorah and Gigan. Although only armed with sharp teeth, claws and a spiky tail, he is not one to shy away from a fight and is willing to take severe punishment in order to help save humanity. 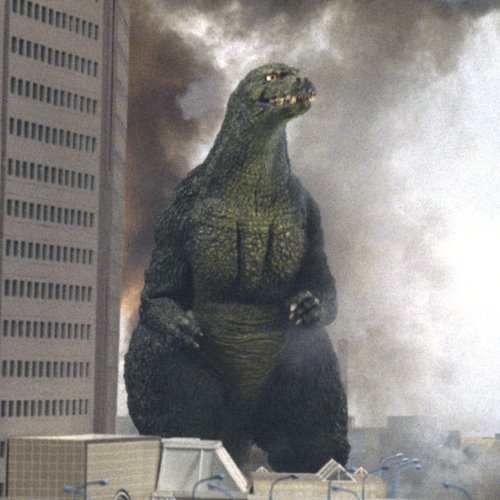 Godzilla Junior’s first appearance was as an egg unearthed from Adona Island by a group of scientists who proceeded to send it back to Japan for intense study. The egg soon displayed a variety of strange psychic properties, before finally hatching itself revealing a smaller version of Godzilla – first nicknamed ‘Baby Godzilla’. As a harmless creature with teeth only suitable for chewing plants, Godzilla soon sought to rescue him and bring him to Birth Island. In later appearances he has grown to full size yet, unlike his adoptive father, he shows a much kinder disposition and is even seen playing with kids. 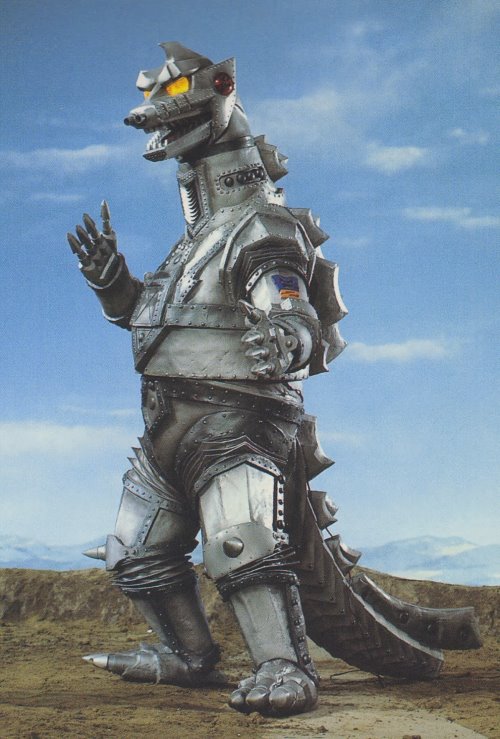 Mechagodzilla is a bionic monster created as a weapon of destruction who first appeared covered in flesh and masquerading as the real Godzilla whilst launching a series of attacks throughout Japan. Unfortunately for him, Godzilla’s ally Anguirus was not to be fooled and, although he was greatly wounded by the mecha, he was able to reveal him as a fraud. Godzilla finally emerged to battle his doppelganger and used his atomic breath to melt away the fake flesh, forcing Mechagodzilla to reveal his true, robotic self. After a hefty duel, the two were defeated by each other – Mechagodzilla retreated back to his creators for repairs, whilst Godzilla became severely wounded. What makes Mechagodzilla so powerful is his strong armor plating, plasma grenades, laser cannons, a Mega-Buster mouth beam (similar to the power of Godzilla’s own atomic breath) paralysis missiles and shock cables which are able to deliver power electrical surges to his opponent. If that isn’t enough he can even upgrade himself to become Super-Mechagodzilla – with added laser cannons. 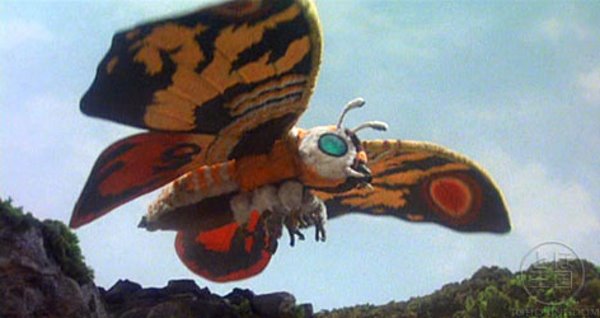 Mothra has an iconic design which differs from other kaiju as he is based on a giant brown caterpillar with blue eyes rather than the dinosaur ‘look’ which has been common with most of Godzilla’s supporting cast. Similar to King Kong, Mothra comes from a tropical island where it is worshiped as a god. Mothra is generally portrayed as a very peaceful character who only fights to protect itself, its allies, Earth or sometimes all three. This has enabled this particular kaiju to be both a powerful opponent and ally of Godzilla. Unlike its brethren, Mothra is summoned by two twin fairies who sing a prayer, compelling it where it is needed. These two have gone by several names including the Cosmos, Elias and the Shobijin. Mothra has a powerful array of abilities including being able to spray silk, fly, generate hurricane force winds, scatter poison and even use magical energy attacks. Always popular with fans, Mothra has given Godzilla a run for his title as King of the Monsters.