Comic book giants Marvel and DC may be struggling to find room for female superheroes in their cinematic universes, but there’s no shortage of the characters in their comic book titles. Although the industry’s representation of women has not been without its controversies over the years, some of the most ass-kicking, empowered and heroic female characters ever created can be found in the pages of comic books. Don’t think that these superheroes are just easy, cash-grab knock-offs of their more popular male counterparts (although in fairness at least one of them was created for that very reason) – some of them are much more interesting and fully deserve their time in the spotlight. 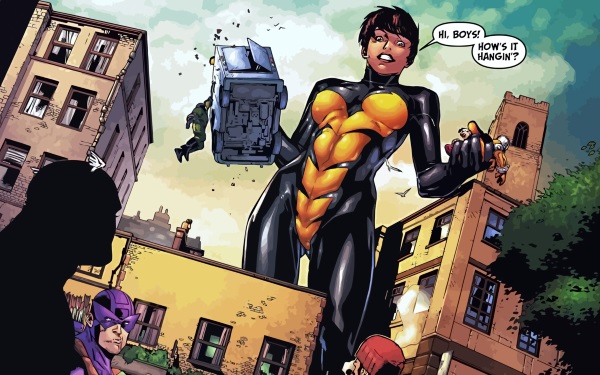 Although the Wasp is usually only brought up during discussions about Ant-Man (and usually it’s about that controversial storyline where Hank Pym strikes her), she is one of the most important female characters in Marvel’s history. The Wasp’s ability to grow or shrink her physical size – receiving superhuman strength, speed and the power of flight in the process – has made her a crafty and resourceful superhero. One of the few strong female characters around during the early days of the medium, The Wasp was a founding member of the Avengers. In fact, it was the Wasp who suggested the Avengers name and, although she hasn’t been a constant character in comics, she always been the heart and spirit of the group. 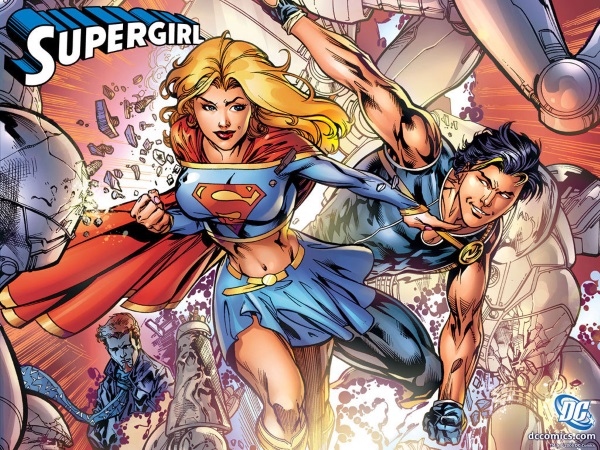 Although she was introduced during a time in the Silver Age when many ‘Super’ characters were being introduced, Supergirl has stood the test of time. Unlike Beppo the Supermonkey and Superbaby, Supergirl was able to step out of her famous Kryptonian cousin’s shadow and become a unique individual in her own right. There have been many different versions of Supergirl over the years, but the teenage superhero has always strived to do what’s right and live up to the ‘Super’ name. 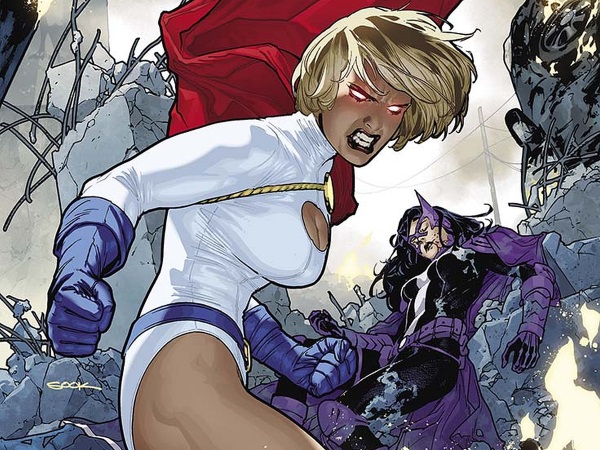 It was never going to be easy for Power Girl to prove herself as an interesting, three-dimensional character. She has one of the most convoluted origin stories in comic books and following the events of Crisis on Infinite Earths it seemed like she was at risk of becoming a perfunctory character who didn’t have a place in the DC Universe. She was even depowered so that she wasn’t as strong as some of her A-list male comrades. On top of that, Power Girl was ‘gifted’ with some top-heavy assets which have more often than not been the focus of attention when it comes to discussion of the character. However, recent runs on the character proved that Power Girl was just in need of a fresh approach. In the right hands Power Girl is a fun, strong-willed character who is capable of being much more than the bimbo superhero she has written to be in the past. 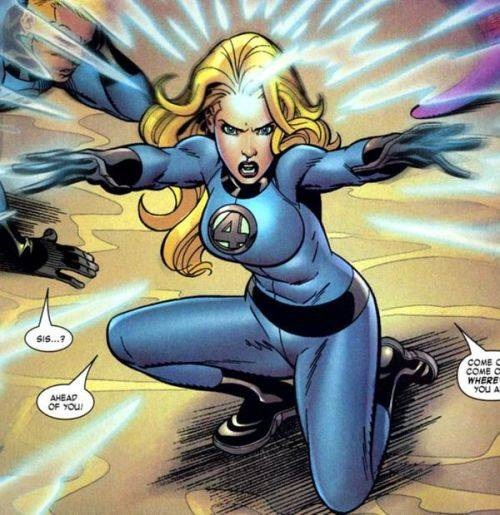 Those unacquainted with the Fantastic 4 may think that Sue Storm is the weak link of the team, but she’s really the glue holding everything together. Her powers of invisibility and force fields are often underestimated and she is a hugely resourceful, tricky foe in combat. Sue is much more grounded than workaholic Reed, flashy Johnny and hot-headed Ben, and her inspiration and level-headedness is constantly pushing the super family back on track and keeping them together. 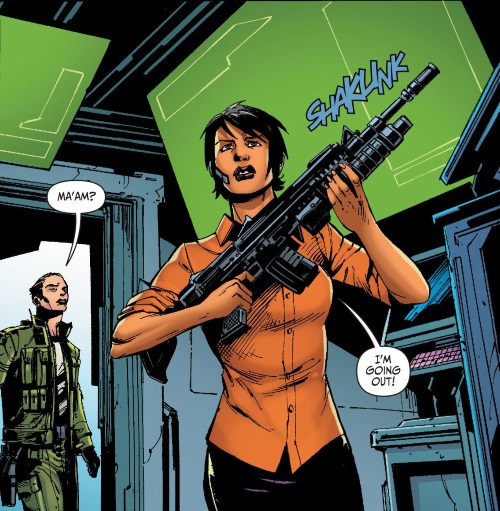 It takes a seriously tough character to lead a team like the Suicide Squad, and there are few characters – man or woman – who would be up for the task. If steeliness was a superpower, Amanda Waller would be the top of this list. Waller is the head of the secret, government-led project which brings supervillains together in return for their amnesty (and under the threat of death if they don’t comply). She may have no superpowers but she is utterly ruthless and focused on her job, and she’s one of the few characters in DC who has the tenacity to stare down Batman himself. A master tactician and a genius in espionage, Waller has clashed with the Justice League on more than one occasion and is often seen and presented as an antagonist rather than a hero. Nevertheless, it’s just as easy to see her as an antihero who operates with a ‘by any means necessary’ agenda when it comes to her government wet work . She certainly operates in a moral grey area, but this is what makes her such an interesting and badass female character. 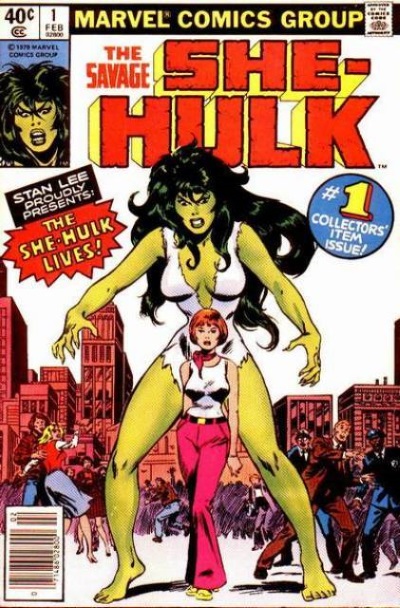 The success of the Incredible Hulk TV show spurred Marvel into creating a female version of the character before TV writers beat them to it. Jessica Walters was transformed into She-Hulk after she received a blood transfusion from her cousin Bruce Banner. However, although she turned green and received super strength when she got angry, she still retained most of her personality – unlike the more feral alter ego of Banner. In an interesting twist on the character, Walters chose to permanently turn into She-Hulk as she preferred the power and confidence it gave her over her normal shy self. She-Hulk breaks the superhero mould by spending most of her time as an attorney – although she has still found the time in the past to be an active member of the Avengers and the Fantastic 4. 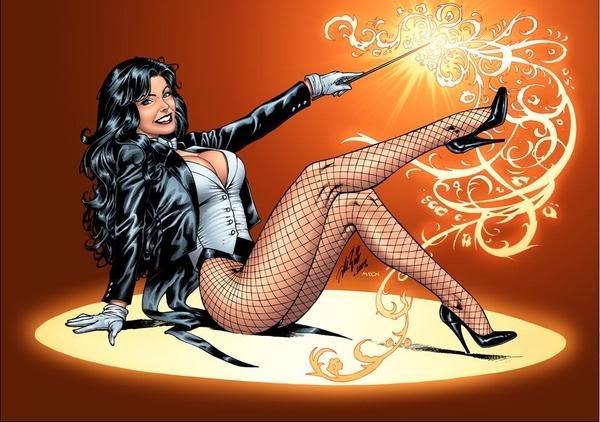 It’s much harder for characters with magical powers to really stand out when they’re up against superheroes who can smash through buildings and fly faster than the speed of sound. Decked in fishnet tights, a waistcoat and top-hat, there’s no denying that Zatanna certainly looks the part of a stage magician, but she also happens to be a massively powerful sorceress. In fact, she has proven on many occasions that magic is more effective than the traditional ideas of superstrength and other superpowers. Zatanna summons spells by speaking the incantations backwards and her magical talents include (but are certainly not limited to) controlling the elements, reading minds, performing telekinesis and launching devastating energy blasts. Despite her theatrical appearance, Zatanna is one superhero whose power really shouldn’t be underestimated. 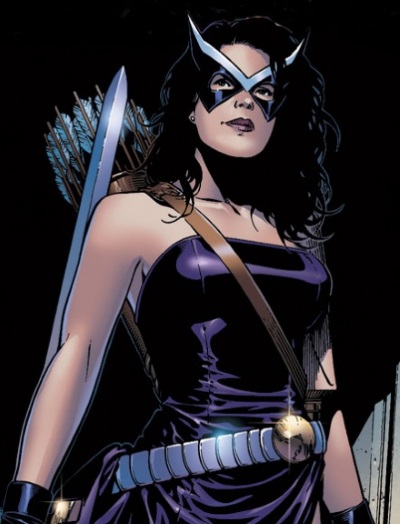 Kate Bishop is one of the few ‘normal’ superheroes in the Marvel universe. Of course, having powers and being superhuman aren’t the requirements for being a superhero (just look at Batman), but like her mentor Clint Barton (the ‘male’ Hawkeye) Kate is a grounded character whose decisions and personality make her feel much more like a real person. In her origin story, Kate’s entitled, rich-girl lifestyle is suddenly turned on its head when she is attacked in Central Park. However, she becomes determined to turn her feelings of grief and helplessness from the traumatic experience into something positive so that she never needs to feel unsafe again. Training in martial arts and archery, the strong-willed, resourceful Kate became the leader of the Young Avengers and shares the Hawkeye name without being relegated to Ms. or Miss. status. 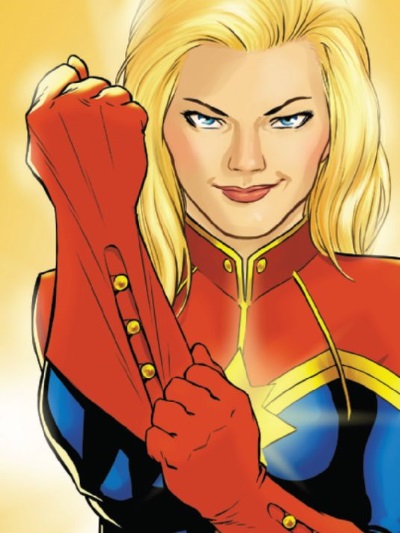 The legal battle between Marvel and DC over the Captain Marvel trademark and the subsequent iterations of the character name is pretty confusing business, even for comic book fans. Although Marvel won the dispute (DC rebranded with ‘Shazam’) and got to keep their Captain Mar-Vell – who was an alien military officer of the Kree – he was never really a standout player in the Marvel universe. However, it did lead to the creation of the Ms. Marvel series and the introduction of Carol Danvers. An Air Force officer who had her DNA merged with Captain Mar-Vell during a freak accident, Danvers was given superhuman strength, the power of flight and the ability to manipulate energy and light. Since her introduction in 1977, she’s fought in space and on earth battling alongside the X-Men and the Avengers, but more recently (and perhaps more confusingly) she assumed the mantle of Captain Marvel. This new series launched in 2012 and made her the super heroine of the Marvel Universe. Strong-willed, determined and undeniably kickass, Captain Marvel’s time in the spotlight is truly well-earned. 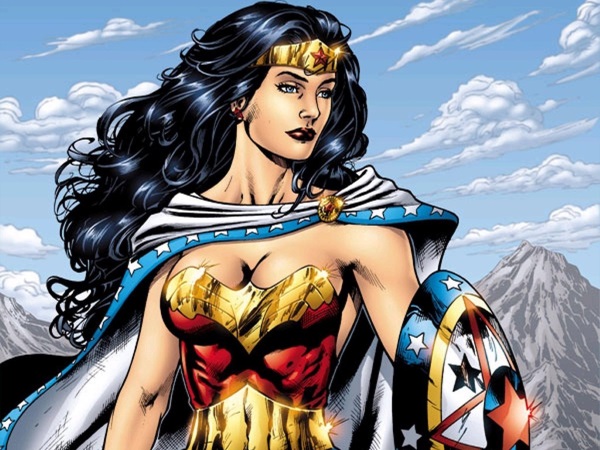 Wonder Woman is the go-to character most people think of when it comes to female superheroes, and it’s hard to deny that she is the most important woman in comic book history. An Amazonian princess who stepped out of Greek myth to become a comic book legend, Wonder Woman has been fighting supervillains, mythological creatures and other bad guys since World War II. Armed with her sword, lasso of truth and magic bracelets, she is one of the few female superheroes who can stand toe-to-toe in a knockdown brawl against some of her fellow male counterparts. Like some of the best superheroes Wonder Woman is imbued with a moral sense of right and she backs it up with a warrior’s spirit. Put simply, the DC universe wouldn’t be the same without her.

Top 10 Changes which Shook Up Marvel and DC