Countless horror movies feature at least one scene of a hapless female victim being pursued by the hulking male killer, and it’s fair to say that the sight is a staple of the genre. However, there are also those special few movies which are happy to perform a gender-swap on the deadly killer and give the fairer sex an opportunity to raise the body count.

Rob Zombie angered his fair share of horror fans with his ‘reimagining’ of the Halloween franchise, but his unique brand of hillbilly horror always manages to serve up memorable characters committing deplorable actions. In Devil’s Rejects, Zombie focuses on the psychopathic Firefly family from his debut movie House of 1,000 Corpses. As the three remaining members of the clan make their escape cross-country while being pursued by the police, the manic Baby Firefly (played by Rob Zombie’s wife Sheri Moon) gleefully leaves a trail of corpses as she kills anyone who looks at her the wrong way.

The third instalment of the Spanish zombie series REC wisely ditches the confines of found footage at the halfway point, and this allows the movie to enjoy a wider scope when it comes to carnage and bloody kills. When their wedding party is disrupted by demonic zombies, happy couple Koldo and Clara are separated by the rampaging infected. However, like the other female characters in the REC series, Clara rejects the typical screaming woman stereotype. She takes charge of the situation and, in the film’s most memorable scene, goes head first into a horde of zombies armed with a chainsaw and a badass attitude. Decapitating and dismembering the undead while still wearing her wedding dress, Clara is an unlikely killer hero in the style of Ash from Evil Dead.

Showing how easy it would be for aliens to take over the planet if they looked like Natasha Henstridge, Sil from Species is the result of human and extra-terrestrial DNA splicing. Escaping from a government containment facility, Sil hunts for a mating partner and quickly begins seducing and duping unsuspecting male victims. This leads to some interesting mating scenes which climax with Sil revealing her alien form and gouging and impaling her victims with her barbed tentacles or deadly tongue.

The Child’s Play movies proved that even a seemingly innocent doll can become a terrifying horror icon, but the series was given a much needed shot in the arm with the introduction of Tiffany. Chucky and Tiffany are the perfect feuding mismatched couple, and this dark comedy is one part weird romance and one part doll serial killer movie.

Horror movies are always scarier when they feel like they could happen on your own doorstep, and many horror directors cherish unleashing a little bit of menace on typically peaceful neighbourhoods. However, cult filmmaker John Waters went one step further (as he often does) by completely turning the façade of supposed domestic, suburban bliss on its head. In the dark comedy ‘Serial Mom’, Kathleen Turner plays the eponymous housewife Beverly Sutphin who solves the most petty of disputes with murder. For example, when her daughter is stood up on a date, Beverly stabs the boyfriend with a fireplace poker and pulls out his liver. Beverly even kills a juror at her own murder trial because the poor woman makes the fashion mistake of wearing white after Labour Day.

The premise of Audition could be a light-hearted romantic comedy. Widower Shigeharu is convinced by his son to hold mock auditions so he can meet a new woman, and he instantly falls for the beautiful Asami. Of course, in cult director Takashi Miike‘s hands, this leads to agonising scenes featuring piano wire, needles and force feeding of vomit. Miike relishes in building up an atmosphere of dread and tension as he reveals Asami’s true nature as a sadistic black widow with a penchant for slow, methodical torture.

Countless horror movies feature partying teens being picked off one by one by a killer, but All the Boys Love Mandy Lane puts a new twist on the story. The outcast girl who suddenly gets hot over the summer, Mandy Lane (played by budding scream queen Amber Heard) takes aim at the popular crowd who overlooked and shunned her for all those years. The twist is expertly handled and, like all good slasher movie killers, she gets away with it in the end.

Few horror movie killers evoke feelings of sympathy from the audience, but it’s hard not to feel sorry for Carrie in Brian De Palma’s classic adaptation of Stephen King’s novel. Played with wide-eyed innocence by Sissy Spacek, Carrie is ostracised by her fellow classmates thanks to her dowdy appearance and strict religious upbringing. Carrie finally explodes and unleashes her telekinetic powers during prom night, and she turns the school gymnasium into a torture chamber with deadly electrocuting lights, collapsing ceiling beams and flying furniture.

Most movie fans can instantly recognise slasher legend Jason Vorhees and his trademark hockey mask, but many forget the identity of the killer from the very first entry in the Friday the 13th series. As the opening scene of Scream reminds us, it was Jason’s dear old mother Mrs Vorhees who started the tradition of picking off the camp counsellors of Crystal Lake all those years ago. With countless bloody death scenes featuring arrows, axes and knives, it’s clear that Jason picked up the skill of creatively killing teens from his mum.

Typically, pregnant women are considered ‘out of bounds’ when it comes to playing victim to deadly killers in horror movies. However, extreme French horror Inside completely embraces this off-limits idea and revels in the concept of a child-stealing villain who is undeterred by the fact that the baby is still in the womb. Protagonist Sarah is stalked by the mysterious La Femme (menacingly played by Béatrice Dalle) who will stop at nothing to get to an unborn baby. Brutally killing anyone who gets in her way, La Femme is a seriously sadistic female killer, unmatched in her relentlessness and gory sadism. 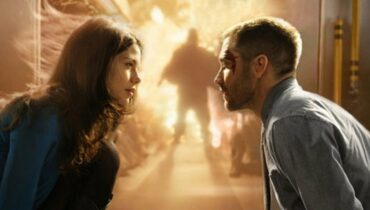 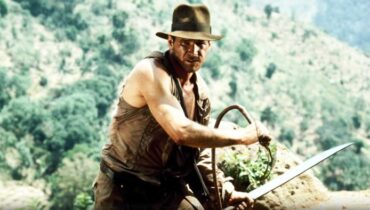 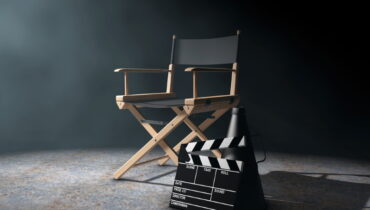