One of the most successful Japanese anime ever made, Pokémon has graced the international screens for over 10 years and has a dedicated cult following around the world. With well over 600 different Pokémon in its ever growing roster, it’s not as easy to name each and every colourful variety of creature in the Pokedex. However, this does make for some interesting and fierce competition when it comes to their stats; namely, which Pokémon is the fastest.

[NB: For the benefit of this list we haven’t included Mega Evolutions and have only included one of each Pokémon if it has two or more forms]

The first entrant on our list is number 492 in the Pokedex. Appearing in the 11th Pokémon movie: ‘Giratina and the Sky Warrior’, this Pokémon was first revealed in 2008. Whilst it is not known to evolve into or from any other Pokémon, Shaymin has a second form activated by using a Gracidea flower in the daytime. Shaymin is a small, white hedgehog-like Pokémon. In Land Forme, it has green grass-like fur on its back and a pink flower with two leaves on each side of its head, which resembles the Gracidea flower. In Sky Forme (the faster of the two), it has a slender, canine appearance which resembles a small reindeer. The fur on its back becomes a mohawk and it has a red flower petal on the right side of its neck, resembling a scarf or cape. Whilst in this form it has a max speed stat of 388.

Another one of the legendary Pokémon is Meloetta. Although it doesn’t have an evolution, it does have two different forms which it changes between when it sings the Relic Song. The faster of the two is the Pirouette Forme which, unlike the Aria Forme, can perform graceful dances. At number 648 in the Pokedex, this Pokémon doesn’t appear until Generation V and not until the 739th episode of the series: ‘An Epic Defense Force’. Meloetta seems to be a femininely anthropomorphic figure with musical bar-style streaks in its hair, quarter notes (crotchets) for its arms and hands and pupil-less eyes resembling whole notes (semibreves). It has a jewel on its forehead and a black headpiece which seems to be shaped like a treble clef which it doubles as an attached microphone. Legend says that it once sang and danced joyfully, inspiring many works of art, music and songs. However, when sorrow darkened the world, it lost the melody and its red shoes. Even without those shoes, Meloetta has a max speed stat of 390.

Though it is the final evolution of Zubat who is Pokedex number 41, Crobat wasn’t discovered until Generation II and earned the number 169. This dual Flying/Poison type first appeared in episode 196: ‘Control Freak’, when Brock’s Golbat evolves. A purple, bat-like Pokémon, Crobat has a stubby pair of feet and has developed a second pair of wings with greenish-blue undersides and two stubby ‘fingers’. Crobat sneaks up on its intended prey using four wings that barely make a sound. With the evolution of the two wings this guy has a max speed stat of 394.

Mewtwo became the first Pokémon to be scientifically created after years of horrific gene splicing and DNA engineering. These experiments were based on Mew, who is said to have the DNA of every single Pokémon contained within its body and, as such, is able to learn any attack. As a result Mewtwo is said to have the most savage heart among all Pokémon, lacks compassion and strikes fear into its enemy with cold, glowing eyes. Starring as the main antagonist in the first Pokémon Movie, ‘Mewtwo Strikes Back’, this mastermind, psychic type is one of the most prestigious in the first generation. Effortlessly defying gravity, this guy has a max speed stat of 394. A humanoid creature with some feline features, it is primarily grey with a long, purple tail.

After stumbling into a cave caused by an explosion thanks to Team Rocket, Ash discovers a group believed to be extinct Pokémon. Among the rare finds is none other than the giant, flying Aerodactyl. This episode, ‘Attack of the Prehistoric Pokémon’, was the 46th of the series and the first appearance of the winged creature. In the Pokémon games, this vicious beast is brought back to life using the DNA from an ancient Amber fossil. It is not known to evolve from any other Pokémon, but it does have a Mega Evolution in the newest gaming editions. A reptilian Pokémon with large, membranous wings, this guy can reach a max speed of 394. With a body covered in light violet-grey skin, the Aerodactyl also has a gaping mouth and strong lower jaw full of serrated fangs which it uses to devour its prey.

One of Eevee’s final forms, Jolteon can only be obtained when Eevee is exposed to a thunderstone. Resembling a large dog, it is covered in yellow fur which not only has the ability to become sharp needles but can also amplify the electrical charges produced by its cells – accumulating up to 10,000 volts of electricity. With a max speed of 394, Jolteon, also known as the Lightning Pokémon, is one of the original 150 and first appeared in episode 40 of the series ‘The Battle of the Eevee Brothers’. In this episode, the three older brothers of Mikey try to convince him to evolve his Eevee into 1 of the 3 final evolutions. One of these is Jolteon, owned by brother Sparky. In later generations, more final evolutions of Eevee are discovered making the electric type 1 of 8 choices.

Electrode is a round Pokémon resembling a reverse-coloured Poké Ball with a mouth and eyes. Its top half is white while its lower half is red. For this reason, many trainers try to pick it up, mistaking it for an item. It tends to live in power plants where fresh electricity is being generated, which it consumes. As a result it often causes blackouts. The more electric energy Electrode consumes, the faster it moves. This temperamental electric Pokémon first appeared in the 93rd episode of the series, ‘Navel Maneuvers’, and is known to explode in response to even the smallest stimulation. It does this simply to entertain itself or because it has taken in too much electricity. Evolving from a Voltorb, this Pokémon has a max speed stat of 416.

Found in moist areas such as bogs and swamps, this fast Pokémon has attacks similar to the ways of a ninja. At number 617 in the Pokedex, it didn’t appear until Generation V and the 714th episode of the series, ‘The Mighty Accelguard to the Rescue’. With a max speed stat of 427, Accelgor evolves from Shelmet, but only when it is traded for a Karrablast. Accelgor has a large pink head similar to a helmet (which is curled in the back), green stripes running from its eyes to the top of its head and a black star-like marking, or hole, on its forehead. When this Bug Pokémon’s body dries out it becomes weakened. To prevent dehydration, it wraps itself in many layers of thin membrane.

First appearing in the 318th episode of the series, ‘The Princess and Togepi’, this creature has a max speed stat of 460. Ninjask is a dual Bug/Flying type Pokémon of generation III, which is said to be able to evade any attack. It moves around at such a high speed that it cannot be seen, even if its crying can clearly be heard. As such, this Pokémon was long thought to be invisible. A small, cicada-like creature with two pairs of wings, its body is mostly yellow with accents of black and grey. The Ninjask is the evolved form of Nincada and during its evolution it also forms a second evolution Shedinja which is the hollow form of its cocoon.

This Pokémon actually has three different forms which it can change into, the fastest being its speed form with a staggering stat of 540. This mystical creature is of the psychic type and is number 386 in the Pokedex. It first appeared in the 7th Pokémon movie, ‘Destiny Deoxys’, before appearing in generation III of the games. Deoxys is an alien-like bipedal Pokémon with each of its forms focused on a different stat. The main components which are constant for all four forms are a dominant reddish orange colour, a bluish-green face and three bluish-green dots on its back arranged in a triangle. This strange Pokémon is believed to have been formed from the DNA of a space virus which underwent a sudden mutation upon exposure to a laser beam. As a result of this mutation, the crystalline organ on this Pokémon’s chest appears to be its brain from which it shoots lasers. 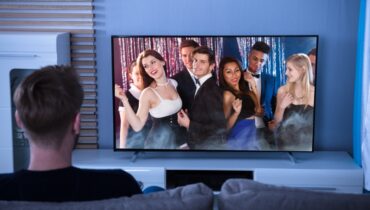