When considering dog breeds from the point of view of speed, it is not too surprising that all the contenders for the top ten list are big dogs, most of which are built for speed with lithe bodies and long legs that can eat up the distance easily. For this reason, the small Jack Russell terrier deserves a special mention. With its small, stocky body and short little legs, the fact that they can reach speeds of up to 20 miles per hour is quite impressive, although a definite distance behind even our number ten dog, who manages a very respectable 25mph! 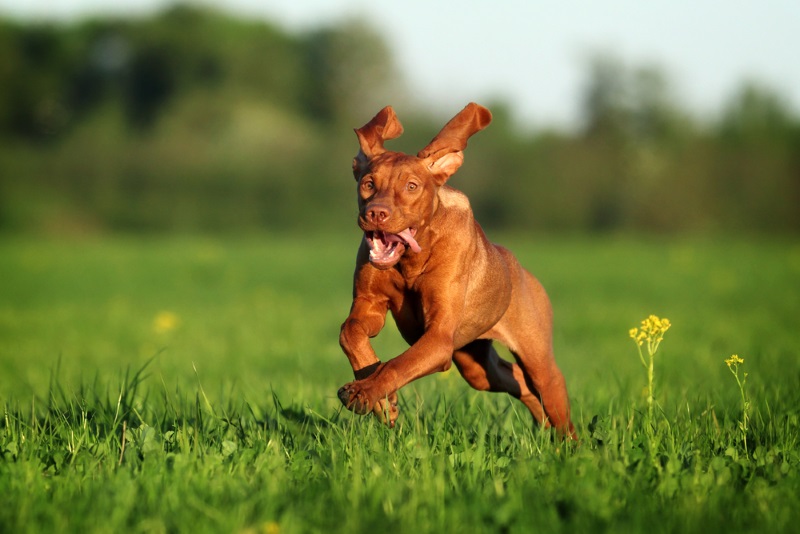 Originating from Hungary, the Vizsla is a medium-sized dog with a robust build and with defined, lean muscles. The breed has been a trusted hunting dog from as early as the 10th century and they run at an estimated 25 mph whilst on the hunt. Unfortunately, during World War II the breed faced extinction after being nearly overrun by English Pointers and German Shorthair Pointers. It is estimated that only around a dozen survived, but the Visla somehow managed to fight its way back to prominence. With a fearless nature and an immensely protective instinct, they are known as beloved companions who quickly form close bonds with their owners, earning the nickname ‘velcro vizslas’ due to forever being by their pack’s side.

An American breed, Rat Terriers are known to reach speeds of up to 27 mph. As the name suggests, they were originally used by British migrants in rat-baiting. However, due to their quick agility they soon became used for vermin control, hunting animals like squirrels and hares, particularly in American farms. Despite often being confused for Jack Russell Terriers, they vary considerably. Their sleek build, refined skill and fine coat is complimented by their less aggressive nature. Equally happy in the garden as they are on their owner’s lap, Rat Terriers are quick to train and easy to live with. Rat Terriers have remained popular throughout history and are featured in many novels by John Sandford, an avid owner, as well as in ‘To Kill a Mockingbird’. Like all intelligent breeds, it is important they socialise at an early age and remain mentally and physically stimulated. 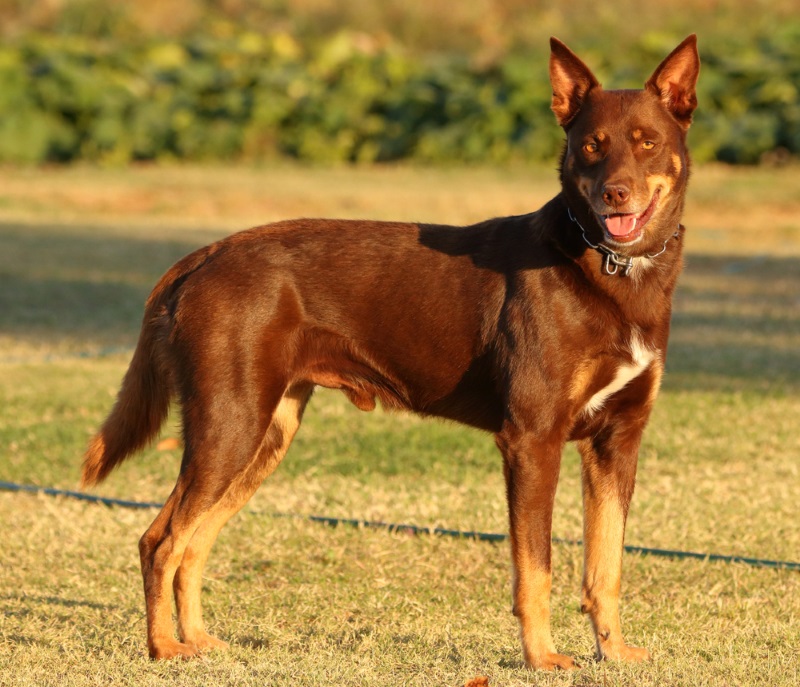 The Australian Kelpie is a medium-sized dog which comes in a variety of colours such as red, chocolate brown, tan and black. Weighing between 14 and 20 kg with an athletic build, the Kelpie has been known to run at speeds topping 28 mph. As if that wasn’t impressive enough, Kelpies excel at agility trials in shows – one set the world record for dog jumping at a staggering 2.95 metres. Used primarily as a sheep-dog for farms, they can drive livestock (usually sheep, cattle or pigs) over vast distances in extreme climates. They are able to jump and walk across the backs of sheep, quickly reaching jams and breaking them up. Australian Kelpies have been exported to many countries including the UK, New Zealand, Canada and Argentina, and they have even been trained as scent dogs. Sweden is the first country to use them for both tracking and rescue work. 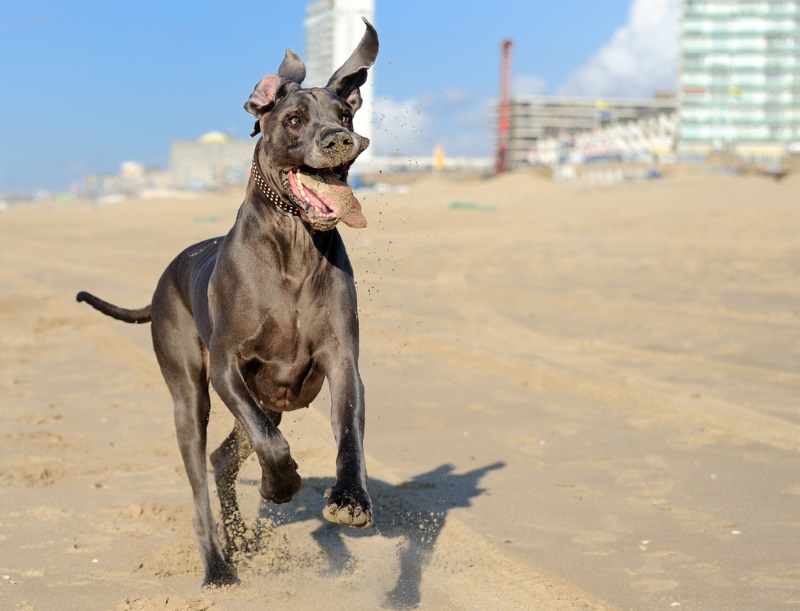 One of the largest breeds of dogs on our list, the Great Dane has become infamous for its enormous size – the largest one went by the apt name of ‘Zeus’ and measured 112cm from paw to shoulder. Nicknamed the gentle giant, Great Danes are well disposed to other dogs, animals and humans, and the breed shows minimum aggressiveness. They can easily become a family’s favourite pet and take preference to sitting on laps, even if they are not quite the ideal size for this! As with all dogs, Great Danes require daily walks. However, particular care must be taken to not over exercise them, especially when young. Puppies grow very large and very quickly, so too much exercise can increase their risk of joint and bone damage. Used historically for hunting bear, deer and boar, this breed can run at surprising speeds reaching around 29 mph. 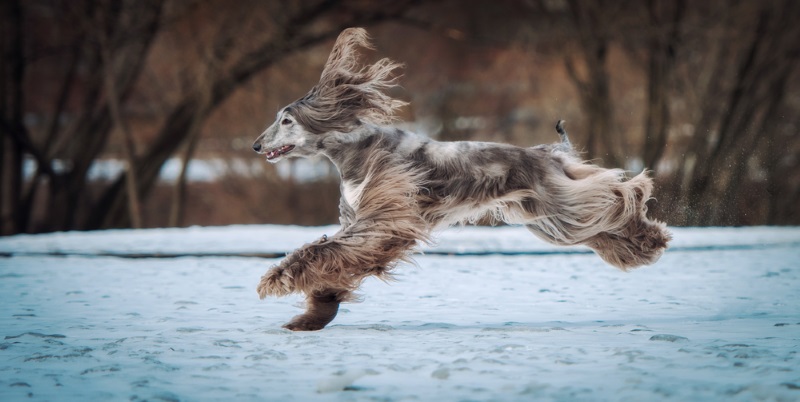 One of the oldest breeds in existence, the Afghan Hound is uniquely distinguished by a fine, thick coat and a tail with a ring curl. All these features were acquired in the cold mountain ranges of Afghanistan. Afghan Hounds are a large breed of dog, standing up to 29 inches and weighing close to 60 pounds on average. Another unique feature is their Fu Manchu moustache – known as ‘mandarins’. They can vary in colour from almost pure white, to red and even black. Originally used for hunting, these hounds can regularly reach speeds of 29 mph. However, nowadays their speed is usually put to the test in agility trials. Coupled with their high intelligence and reasoning skills, they have become very successful in dog shows – one by the name of Sirdar won Crufts Best In Show in both 1928 and 1930. With their noble and haughty nature, they have a very high prey drive, like many sighthounds, and care must be taken when around smaller animals.

The Borzoi is a Russian wolfhound whose name translates to ‘fast’ – a perfect title for this breed which can reach speeds of around 30 mph. They are very similar to Afghan Hounds in appearance, but they have a shorter coat and weigh closer to 100 pounds. Borzoi were immensely popular with the Russian Tsars, who arranged well organized hunting trials used for breeding selection. Only the quickest went on to produce pups. For centuries throughout Russia, Borzoi could not be bought and were only received as gifts from the Tsar – a high commendation indeed. They are a very quiet breed whose bark is rarely heard. With a very small territorial drive, they do not make the best guards and should not be relied on to alert their owners about any potential intruders. Due to their intelligence, this breed remain selective learners who quickly tire of repetitive tasks and need proper motivation for training to be successful. 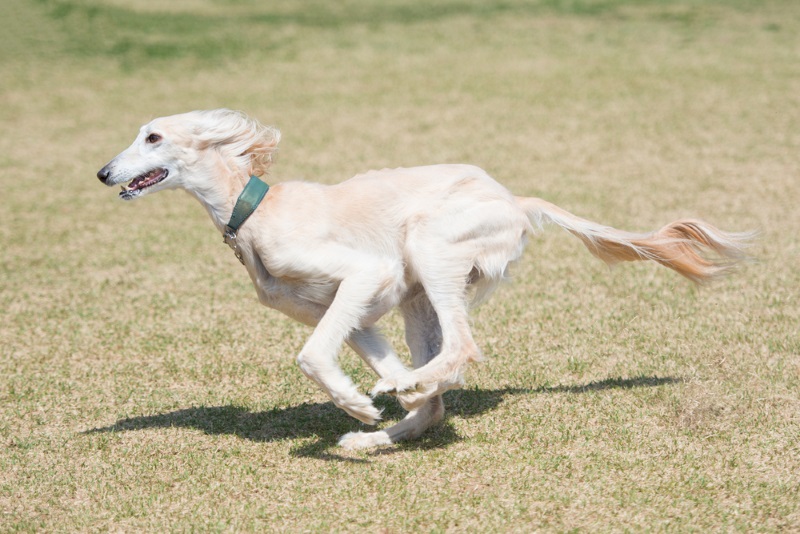 The Saluki go by a variety of names including the Royal Dog of Egypt and the Persian Greyhound. Traditionally, they were part of Middle Eastern caravans and nomadic tribes, stretching from the Sahara to China. Their primary use was to hunt down gazelles, which is hardly surprising as they can run up to 32 mph. Due to their hunting qualities, many Saluki are often seen as independent and aloof, and they can get bored easily if left alone for prolonged periods. Harsh training methods are not advised because of their intelligence and they often will not partake in some types of games. Socialising at an early age can prevent their shyness from developing and they very quickly become exceptionally affectionate and gentle to their owners. Although they may only take third place on this list, the Saluki has remarkable stamina and, when coupled with its heavily padded feet to absorb shocks, this breed is thought to be much faster over longer distances. 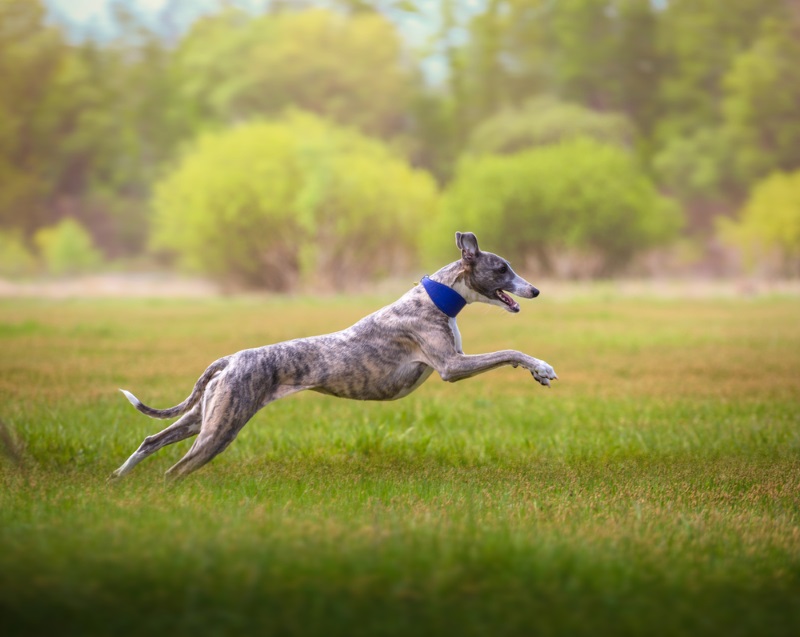 Whippets are believed to be descendants from Greyhounds who were too small for stag and deer hunting in England. These dogs were returned to their breeders, who continued to breed them and thus produced a smaller dog useful for rat catching and hunting hares and rabbits. Commonly known to ‘snap up’ prey, they assumed the nickname ‘snap dogs’. They have a unique way of running known as double suspension gallop; resulting in all legs being off the ground twice in each stride. This allows the breed to reach speeds of around 40 mph. Although not the fastest dog in the world, they are certainly the quickest at accelerating. Extremely intelligent, they are generally very gentle in temperament and are not prone to barking. Being race dogs they require regular exercise, although many are content to spend most of their time resting and lounging with their owner. 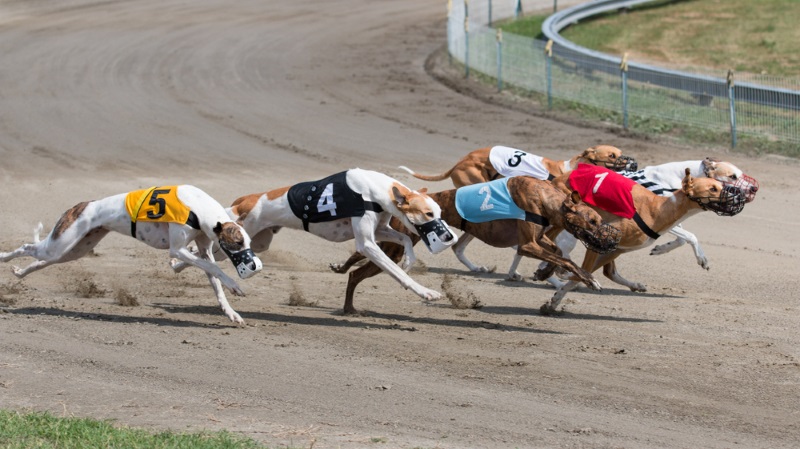 Historically bred for coursing and racing, it’s no surprise that the Greyhound takes the top spot with a full speed of 43 mph. The Greyhound is not an aggressive dog – this is a common misconception because they wear muzzles during races. After races, Greyhounds remain quite excited and there is a small risk they could nip other dogs. This is especially a problem due to their very thin skin; a small tear could result in stitches and time out of racing. Off the course, many owners keep their dogs muzzled, due to their high prey drive. Greyhounds make wonderful pets thanks to their gentle nature and deep loyalty. They enjoy company and can socialise with other dogs and possibly even cats. Contrary to popular belief, Greyhounds do not require extended periods of exercise – they are built for sprinting, not endurance.

While none of these dogs would be able to catch a cheetah in full flow at an impressive 65 mph, they can all leave a sprinting man standing – except, perhaps for Usain Bolt over a fairly short distance! Bred for speed and stamina watching these animals in action is a magnificent treat, sure to inspire admiration in the minds of all who see them. 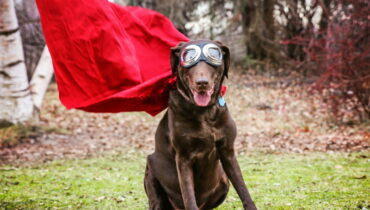 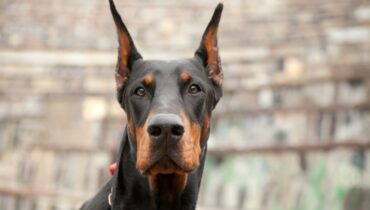 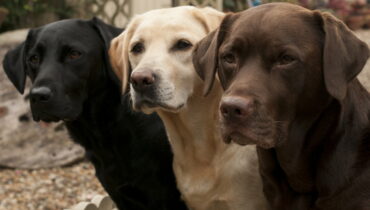