Until quite recently, the flying speeds of which birds are capable were largely a matter of speculation. Modern technology, such as radar and high-speed cameras, has enabled measurements to be made, but many of the figures in this list of the world’s ten fastest birds (in reverse order) are still open to dispute. 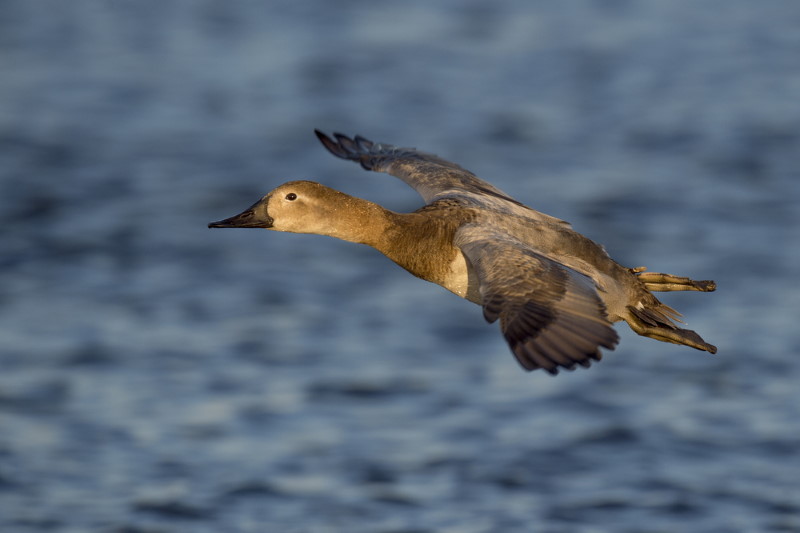 This North American diving duck gets its name from the pattern of fine lines on its back, resembling a coarse woven fabric. It is the largest diving duck in North America. Canvasbacks migrate southwards in large flocks to overwinter in warmer habitats such as the Gulf of Mexico, returning to northern feeding grounds in spring to breed. Like most ducks, the canvasback is happiest in the water, but nonetheless can fly at high speed – up to 73 mph has been recorded. 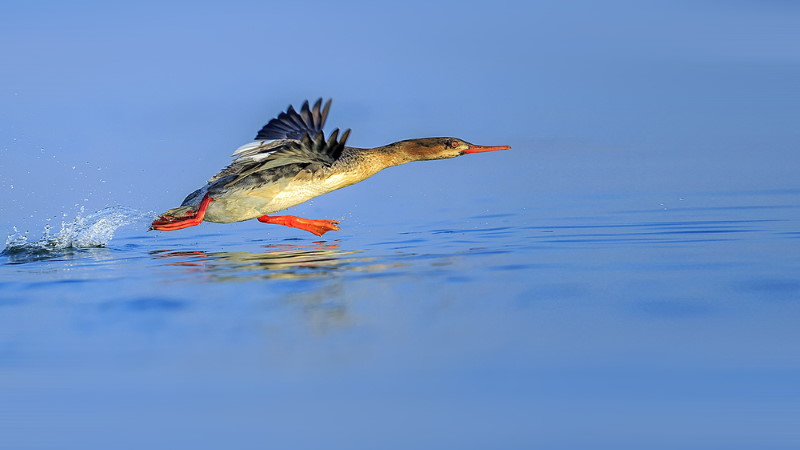 This large red-billed duck is recognisable by the shaggy crest on its back and head, as well as the male’s orange-red breast patch. It nests inland in Great Britain and Europe, but spends the winter in coastal waters, generally alone or in small groups, although sometimes when a good food source is available a flock can be seen. Mergansers dive for fish and can fly at over 80 miles per hour. 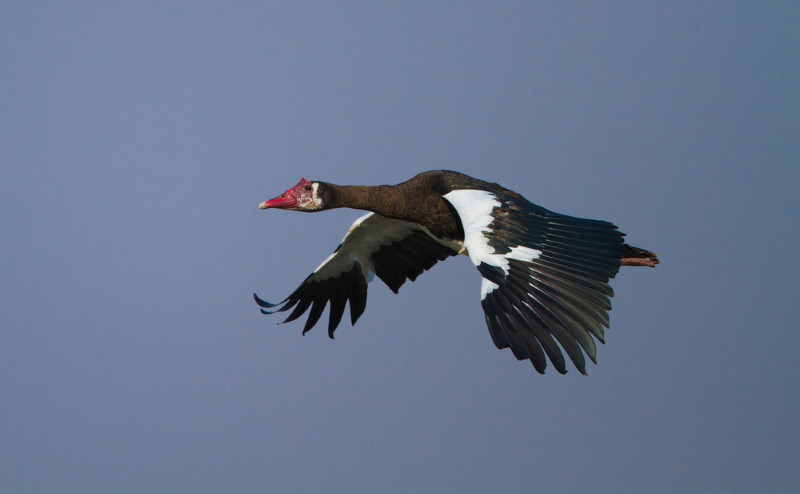 This large African bird gets its name from the sharp spike on the bend of its wings, which it uses for self-defence and also when establishing breeding territory. Mostly black with white patches, the males are larger than the females and have a larger red facial patch. The spur-winged goose, which is known to fly at 88 mph, is not strictly a member of the goose family, although they are closely related. One of its usual foods is a poisonous beetle, which does not harm the spur-winged goose but does result in the toxin accumulating in the bird’s flesh, making it poisonous to predators, including humans. 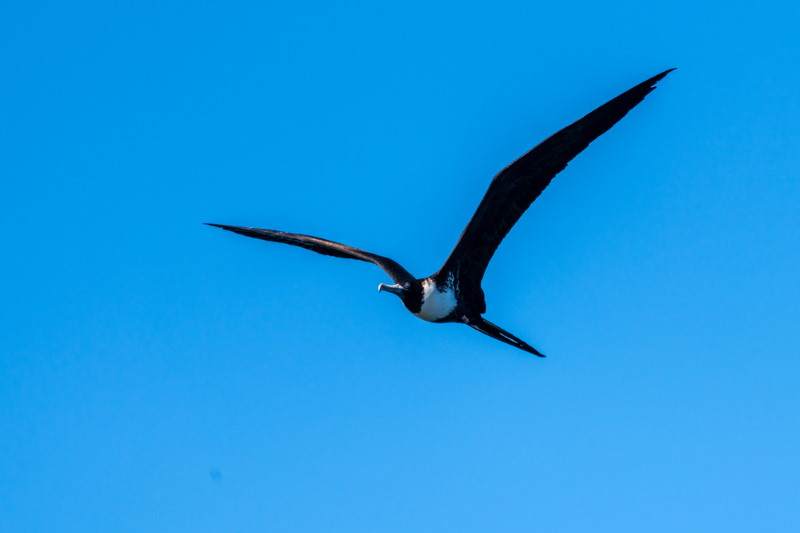 Frigatebirds live around Pacific coasts and islands. They have the largest wingspan-to-weight ratio of any bird, and because of this it is almost impossible for them to take off from flat ground; they can barely walk, but they can fly at 95 mph. Oddly for a seabird, they do not have oily feathers, and cannot swim or take off from water. They spend most of their lives in the air, riding the wind over the open ocean, and snatching food from the surface; they can spend many days on the wing without landing. Their alternative name of ‘pirate bird’ derives from their habit of attacking other birds in order to steal food. 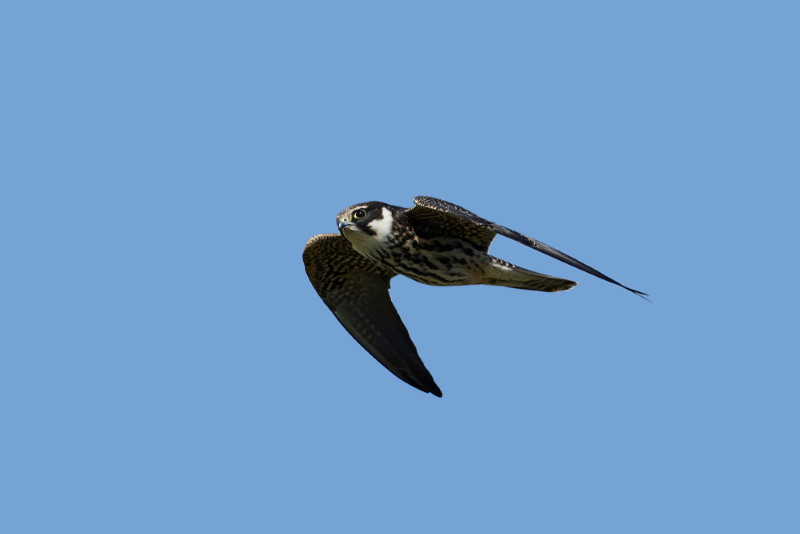 This elegant small falcon is found over much of Europe, Asia, and Africa, though it tends to migrate to warmer regions in the winter. It has a dark grey-blue back, lighter underside, and distinctive facial markings resembling a long moustache. In flight, it is recognisable by its narrow, swept-back wings and long tail, giving it a shape similar to an anchor. The hobby hunts by chasing down its prey, which can be insects such as dragon-flies, but also small birds; it can sometimes fly fast enough (possibly at 100 mph) to catch even swifts and swallows. 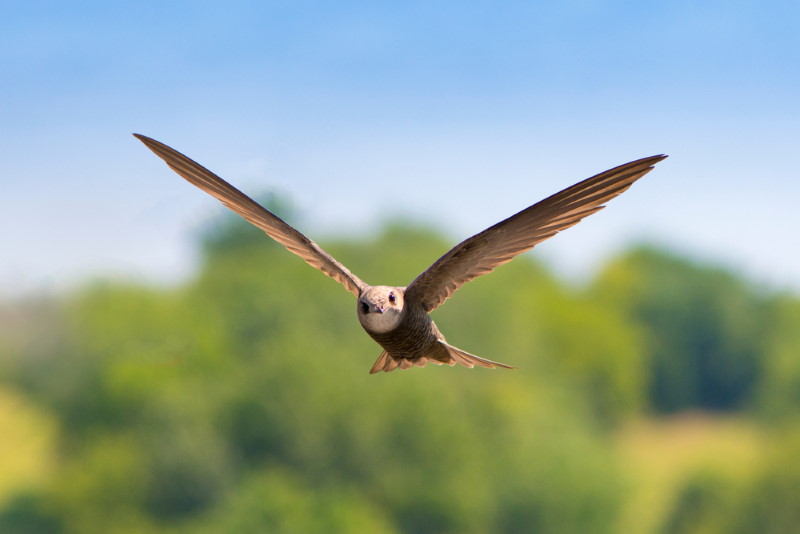 The smallest bird in this list, the common swift spends almost its entire life in flight; it even sleeps on the wing, perching only when breeding. It spends the winter months in sub-Saharan Africa, migrating to Europe to breed in spring. It is easily recognisable by its anchor-like shape and shrill screeching cry. It uses its flying speed and skill to hunt down flying insects, scooping up many at a time in its wide gaping beak. The swift has been recorded as flying at 105 mph. 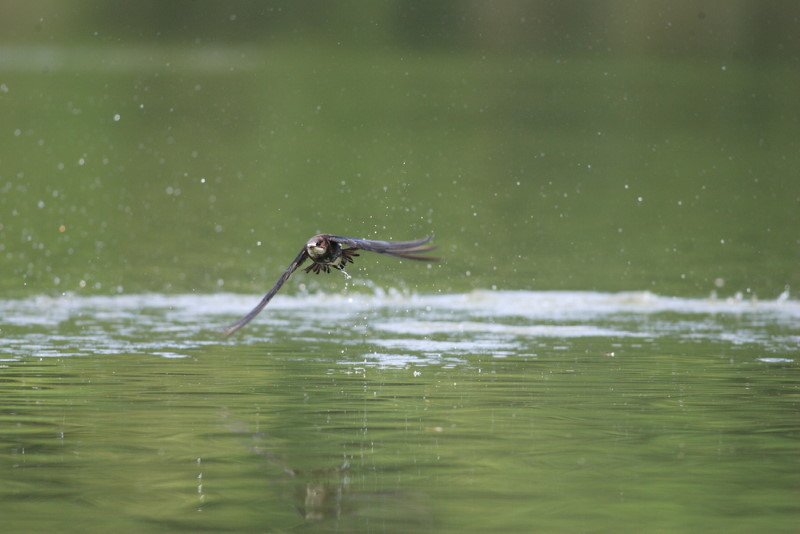 This Asian member of the swift family is somewhat larger and stockier than the common swift. It breeds over much of Central Asia, but migrates southwards in the winter, travelling as far as Australia. Like the common swift, it rarely touches the ground, and has tiny legs and feet which it uses only for perching on hollow trees and rocks during the nesting season. Its long, swept-back wings give it a maximum speed of 106 mph. The needletail’s name derives from the spiny tip to the tail, which, unlike the common swift’s, is not forked. 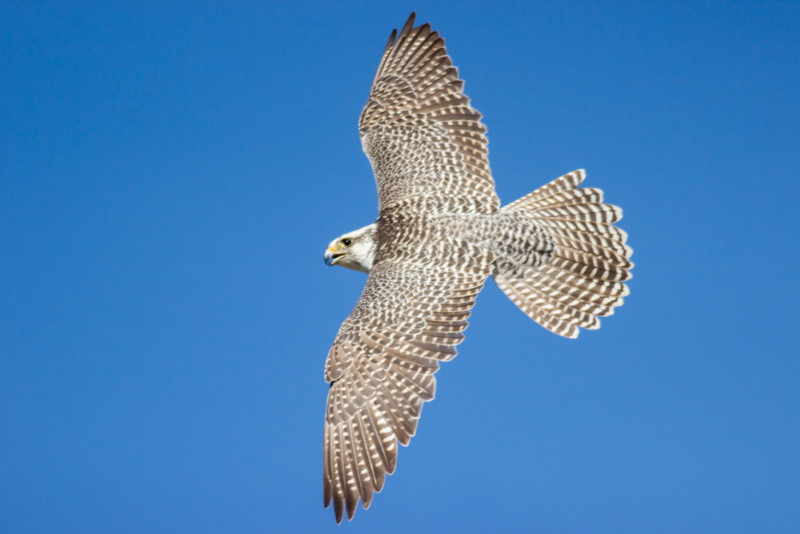 The largest member of the falcon family, the gyrfalcon is found over much of the northern parts of America, Europe, and Asia. In size it resembles a buzzard, although its swept-back pointed wings and narrow tail are typically falcon-like features. It varies in colour through various shades of grey, from near-black to almost white. Although a bird of tundra and forest, it is also known to hunt on ice floes far out to sea. It will take birds and mammals over twice its own weight, even hunting other falcons, and this fearless behaviour has led to the gyrfalcon being prized by falconers throughout history. It reaches its greatest speed when diving, with wings swept back, to catch its prey from above, and its speed on a dive has been recorded at 130 mph. 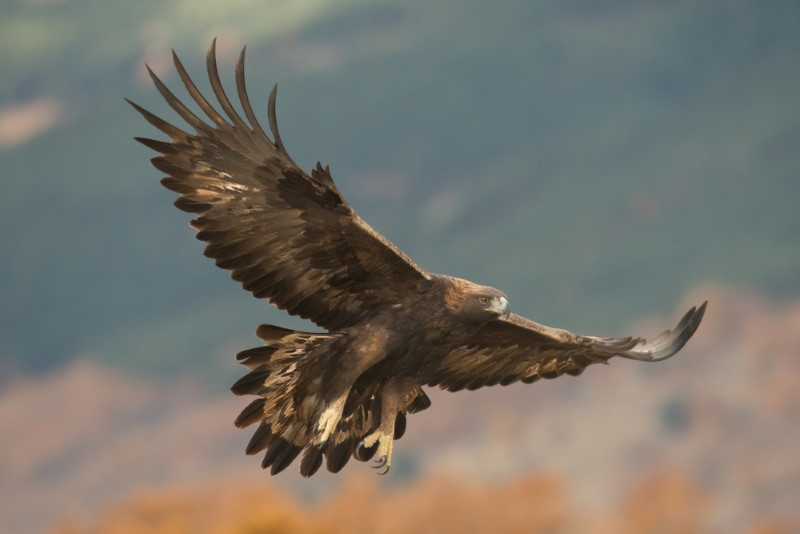 A bird commonly occurring in myth and legend, in nature the golden eagle is comparatively rare, though it is widespread. It soars on long, parallel-sided wings which are constantly flexed as it rides upcurrents over mountainous country. It hunts birds and mammals, occasionally taking carrion, and speeds up to 200 mph have been claimed for its dive. The golden eagle’s brown plumage and golden-yellow ruff are not easy to see against the sky, and its main distinguishing feature, which is its immense size, may be difficult to judge when seen at a distance. In consequence, buzzards, although much smaller, may be misidentified as golden eagles; the best way to tell the difference is to look for the eagle’s longer, narrower tail. 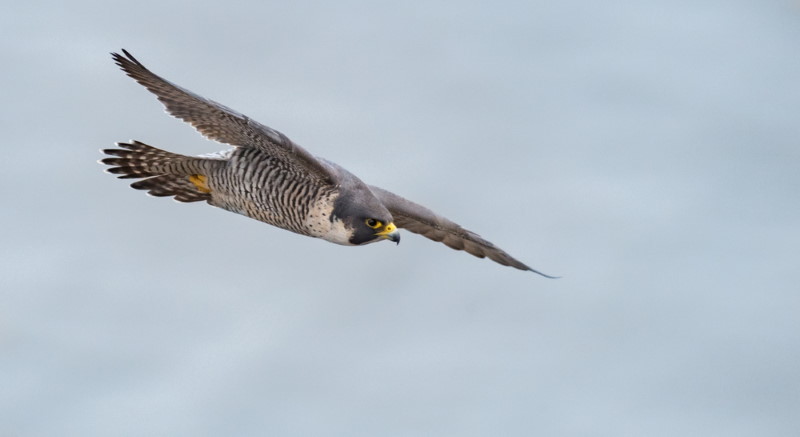 This magnificent bird was once persecuted in countries such as the United Kingdom but it is now fairly widespread; in some places it has taken to living in cities, exchanging its usual sea-cliff nesting sites for the sides of high buildings. Adult peregrines have dark blue-grey backs and pale, striped underparts; the most recognisable feature is the dark facial mask. In flight, the broad, pointed wings which give it its horizontal flying speed can be seen, but the peregrine is at its fastest when it ‘stoops’ – a swooping dive with wings swept back – to catch its prey. A near-incredible 242 mph is the maximum recorded speed of a peregrine’s stoop. The peregrine hunts birds and mammals; it catches and eats birds as big as pigeons, and in large cities is valued for its success in controlling the feral pigeon population.