Many scholars, physicists and layfolk have argued about the existence of aliens for centuries. For some, seeing fleeting lights is all the evidence they need. However, most of us would like a bit more proof. Either way, it’s hard to deny the intriguing nature of some of these popular UFO incidents.

On Monday January 15th, 2009, a series of mysterious red lights were sighted near Morristown, New Jersey. The lights were then observed again on January 26th & 29th and February 7th & 17th. Two police departments had an influx of calls with regard to the strange lights. Even air traffic controllers at Morristown Airport also reported seeing them, but could not determine what they were. Unfortunately for alien seekers everywhere, these UFO sightings were discovered to be a hoax. Joe Rudy and Chris Russo admitted they had perpetrated the hoax as a social experiment, and were criticised for wasting police resources as well as posing a potential aviation threat.

The ‘Battle of Los Angeles’ occurred less than three months after the United States entered World War II as a result of the Japanese attack on Pearl Harbor. Still recovering from the raid, America was on high alert. So when hundreds of witnesses reported unidentified flying objects hovering over the city of Los Angeles, the city went into near panic. Machine guns and anti-aircraft launched more than 1,400 shells at the intruders, only later to be labelled a ‘false alarm’ by the Secretary of the Navy.

In 1977, numerous sightings of UFOS were spotted over the island of Colares, located in Brazil. These sightings had more than 400 witnesses who claimed to have been attacked by radiation beams, leaving wounds including puncture injuries and burns. Some even reported having their blood sucked. Of course, the government got involved and the group investigating the phenomenon was called ‘Operation Saucer’. The investigation didn’t last long and was later recalled and, up until the 1990s, the files for the operation had been sealed and classified.

7. Miracle of the Sun

Miracle of the Sun occurred shortly after midday on 13th October, 1917. Between 30,000 and 100,000 people gathered near Fatima, Portugal, after three young children had predicted a great miracle would be performed at the site. For approximately 10 minutes, the clouds parted and a light appeared in the form of a spinning disc. It reportedly careened towards the Earth in a zig-zag, with many believing it to be a signal of the end of days. The event was officially accepted as a miracle by the Roman Catholic Church 23 years later.

As fireworks lit up the heavens above the Olympics opening ceremony in London, 2012, something else was seen among the whizz-bangs in the night sky. Thousands of people say they witnessed the appearance of a UFO. Skeptics say that it was most likely a blimp or a helicopter, but event planners claimed that no aircraft was supposed to be around the vicinity during that time.

A pilot in the United States Air Force, Captain WIlliam Schaffner was on exchange with the RAF in Lincolnshire, England when he spotted an object in the sky on the eve of September 8th, 1970. Schaffner was on duty and decided to investigate. After apparently making contact with the object, all communication was lost. Three weeks later, his plane was discovered on the seabed. It was recovered 3 months later and was remarkably still intact. The canopy was closed, but his body was missing. An official report declares he was flying too low, whilst many others claim it was the result of a UFO.

In November, 1986, Japan Airlines Flight 1628 was carrying a shipment of wine between Paris and Tokyo. While the plane was over Alaska, crew on the JAL Boeing 747 cargo freighter witnessed 3 unidentified objects three times the size of an aircraft carrier. The objects were observed by all 3 crew members including Captain Kenju Terauchi, an ex-fighter pilot with 29 years of experience and more than 10,000 flight hours. At no point could air traffic control confirm any traffic in the indicated area. Terauchi gave an interview and reported his sightings to different news publications. As a result, JAL grounded him for talking to the press and moved him to a desk job.

There were allegedly two distinct events involved in the incident on March 13th, 1997. Witnesses claim to have observed a huge V-shaped, coherently-moving dark unidentified object flying over overhead in Phoenix, Arizona. Another four cities in Arizona reported seeing the same lights that night; a row of 8 lights moving in unison which were followed by 9 connected lights. All of the lights moved slowly and hovered over the state and in a V like formation. These sightings started around 10pm and ended around 2am. The United States Air Force later stated that the group of lights were flares dropped by A-10 Warthog aircraft on training exercises.

In December, 1965, residents of Kecksburg, Pennsylvania weren’t the only ones to witness a fiery ball shooting across the sky and watch it crash into the nearby woods. Thousands across at least six U.S. states as well as in Ontario, Canada reported seeing the brilliant fireball. Before anyone could act, police and military had perimeters set around the area, keeping onlookers out. The only thing they managed to see was something large being taken away on the back of a truck.

The most famous UFO sighting even occurred in 1947 near a ranch in Roswell, New Mexico. Many saw a flying disc crash into the earth. The military were quick to act, reporting it as a weather balloon accident, and interest quickly died down. However, since the late 1970s, UFO researchers have begun looking closer into the incident, interviewing hundreds of people who claim to have witnessed, or had a connection, with the crash. Subsequently, the media took an interest and many books, TV shows and films have been published relating to the incident. The military have reissued a statement claiming the crash was actually related a then-top secret project known as Mogul and used the weather balloon story as a coverup. However, many remain unconvinced, with speculation about what really happened still continuing to this day. 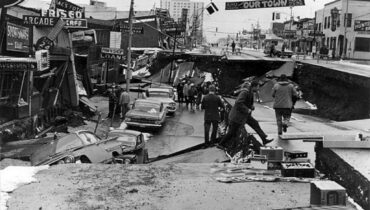 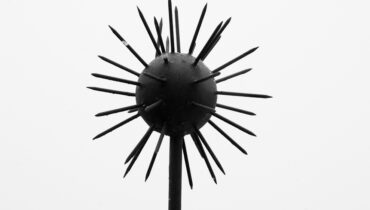