When a couple locks a padlock onto a structure to symbolise their love, it’s called a love lock. There are hundreds of love lock locations worldwide. Here is our list of the top ten most famous love lock bridges in the world. 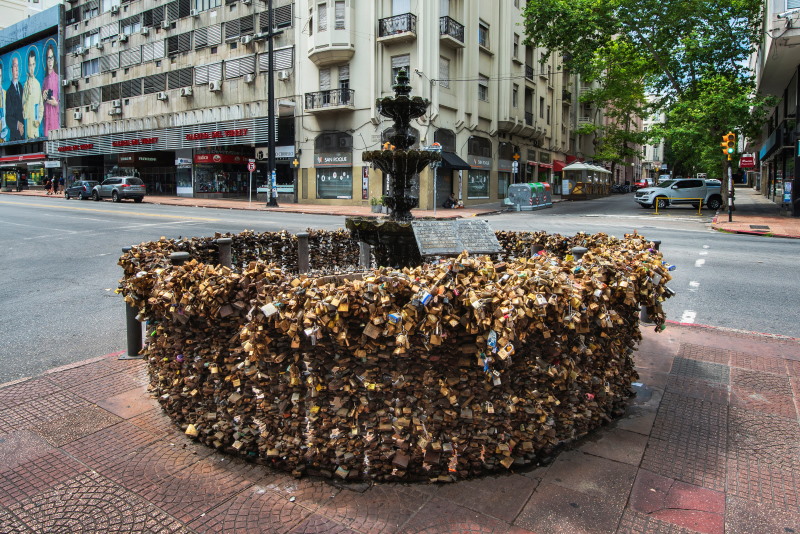 Situated in a rather busy and noisy location on a commercial street in Uraguay’s capital city Montevideo, this fountain is purposefully designed for love locks. It’s plaque reads “The legend of this young fountain tells us that if a lock with the initials of two people in love is placed in it, they will return together to the fountain and their love will be forever locked.”

This small footbridge below Prague Castle, near the famous Lennon Wall, is Prague’s most significant love lock location. Local legend has it that two lovers from feuding Czech families planned to meet secretly at the bridge but were killed by their families. 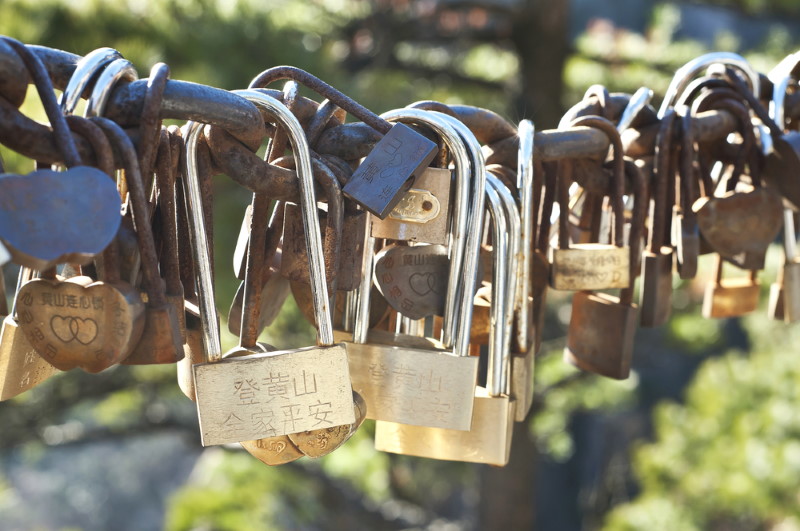 Huangshan is known as the ‘loveliest mountain in China’. The beautiful granite cliffs are thought to be where love locks first originated. Lovers inscribe their initials on the padlock, lock it on a fence and throw away the key among the cliffs as a token of their unbreakable love. 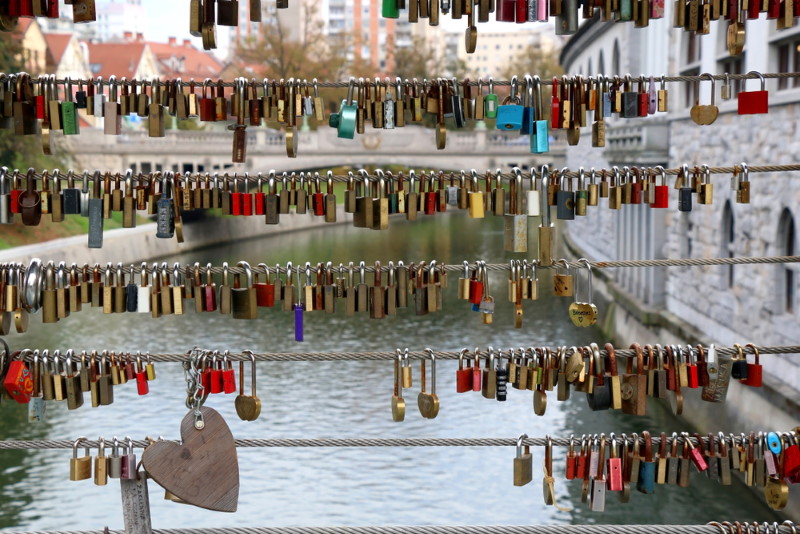 A relatively new bridge, Butchers’ Bridge in Ljubljana has become a hot-spot for love locks since it opened in 2010. Nearby souvenir shops encourage the trend by selling padlocks. 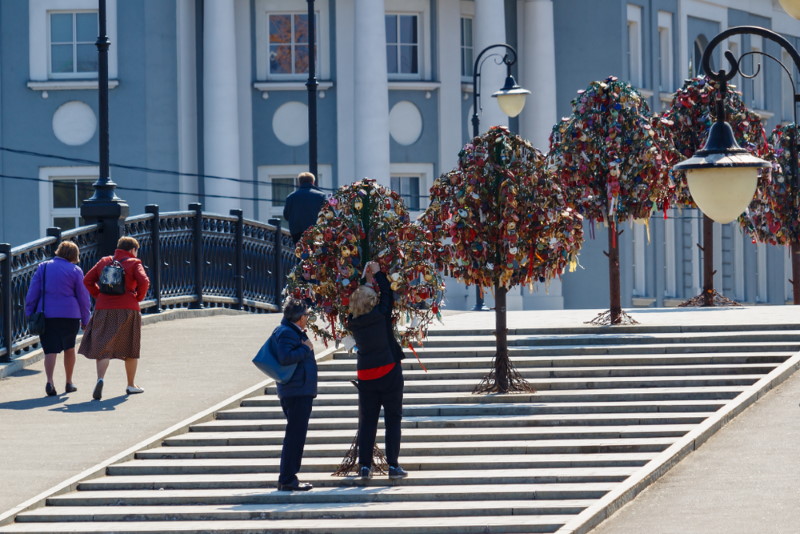 In 2007, symbolic love lock ‘trees’ were installed on this bridge near the Kremlin and Red Square to discourage lovers from attaching padlocks to the railings. There are now several trees covered in padlocks on the bridge and embankment – and the railings are clear! 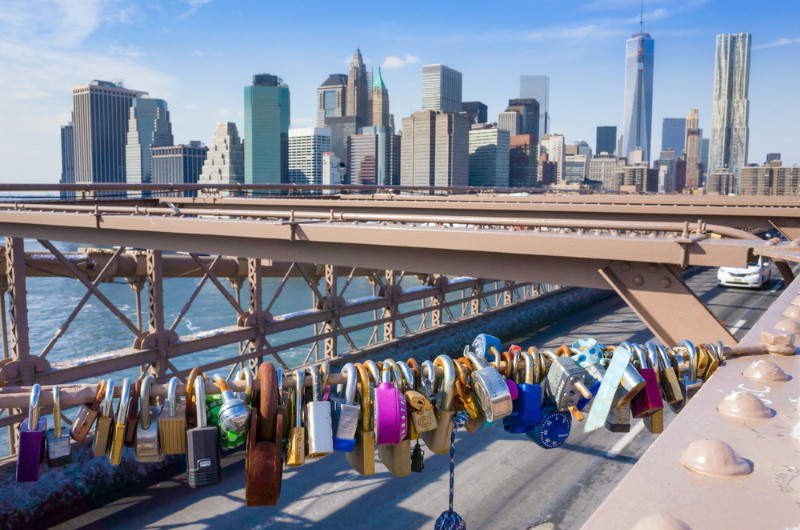 The famous Brooklyn Bridge spans the East River, connecting the districts of Manhattan and Brooklyn. It continues to attract couples who want to create love locks even though the practice is officially illegal in New York City. 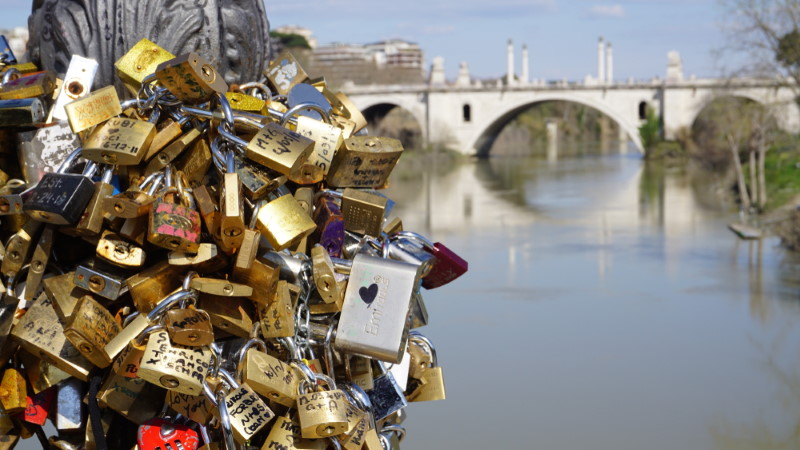 Lovers have flocked to the Milvian Bridge over the River Tiber since 2006, inspired by Moccia’s novel ‘Ho voglia di te’ (‘I want you’). Unfortunately, rust from the thousands of padlocks damaged the stone structure and in 2012 the authorities started to remove the padlocks with bolt-cutters. 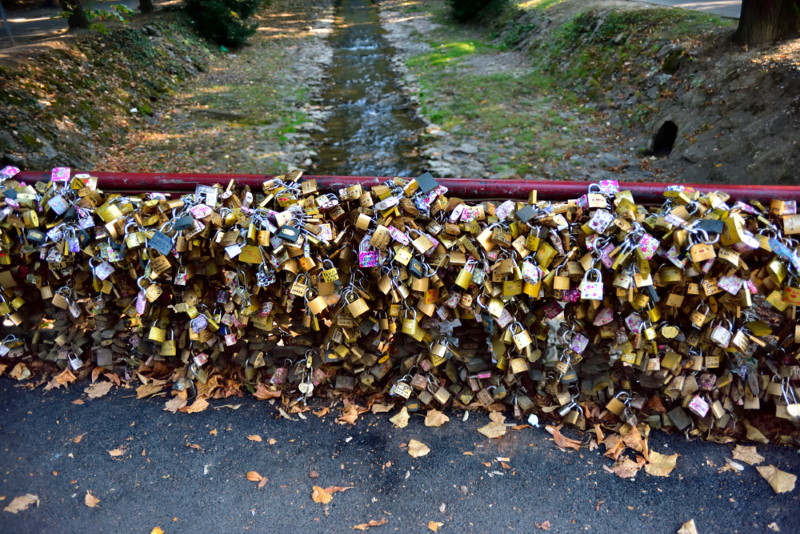 The aptly named ‘Bridge of Love’ in Vrnjačka Banja has been festooned with love locks for over 100 years. It is the most famous of the 15 bridges in the town. 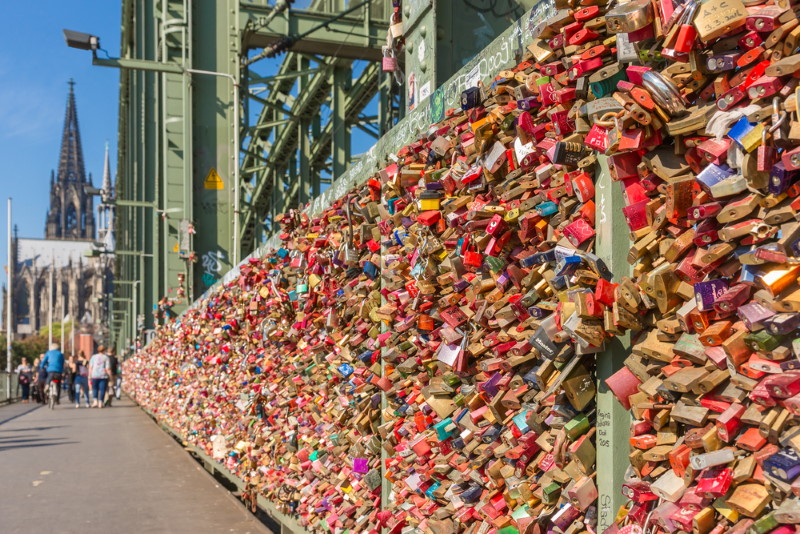 This bridge across the River Rhine is both a rail and a pedestrian bridge. Love locks adorn the fence between the footpath and the train tracks. 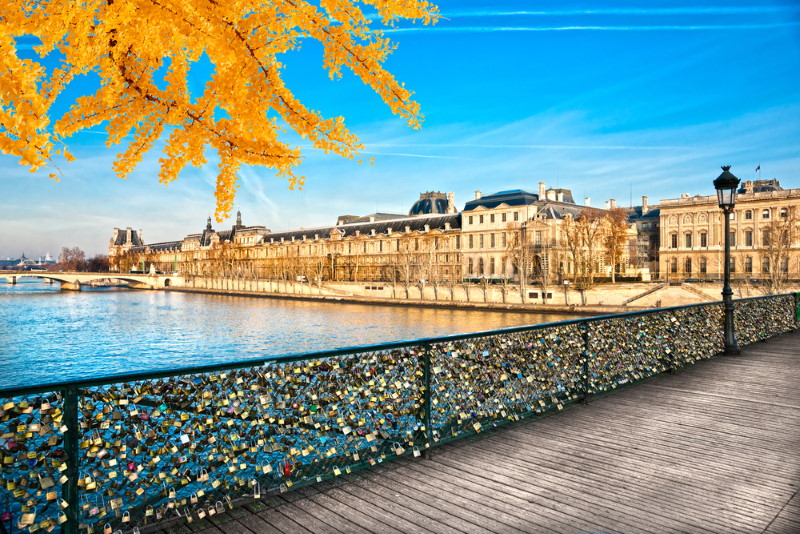 This pedestrian bridge across the Seine in France’s capital city links the Institut de France and the Palais du Louvre. It holds hundreds of thousands of padlocks, which featured in the 2013 film ‘Now You See Me’.