With all the depressing news updates and world catastrophes we see everywhere these days, it can be hard to see the lighter, happier side of life. To show that the world isn’t all doom and gloom, here are ten facts which will put a smile on your face and may even restore your faith in the world we live in. 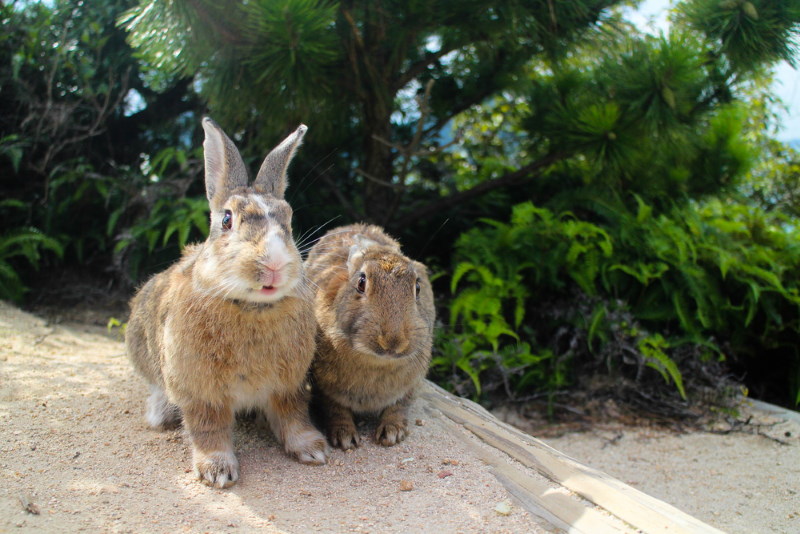 Located in the Inland Sea of Japan between Hiroshima and Shikoku lies a small island by the name of Ōkunoshima. What sets this island apart from the rest is that it is populated by a large number of wild fluffy rabbits. So much so that it has been nicknamed Usagi Shima, or Rabbit Island. Today the 700,000 square-meter island is home to more than 300 rabbits that roam freely. Though wild, the rabbits on the island are used to humans and will approach visitors in search of a snack and even hop on to laps. Visitors are allowed to pet and feed the animals, but in an effort to preserve the bunny population, dogs and cats are not allowed. Originally, between 1929 and 1945, Okunoshima Island was a chemical warfare production site for the Imperial Japanese Army that produced over six kilotons of mustard gas. The rabbits were introduced in the chemical munitions plant to test the effectiveness of the chemical weapons during World War II. Since the end of the war, the inhabitants have bred like, well, rabbits and created their own cute colony. 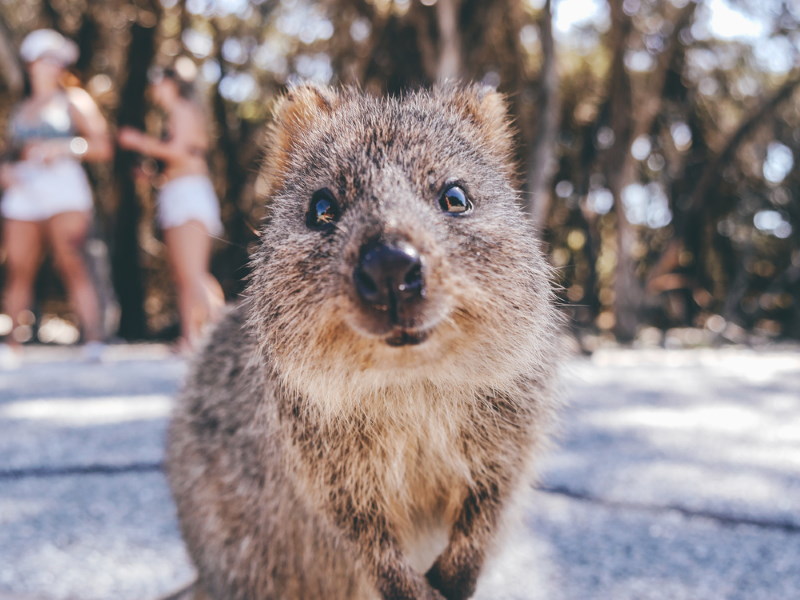 These little creatures reside in Australia on a little island by the name of Rottnest Island. What makes the Quokka so cute is that the species as a whole are not frightened by humans and will in fact approach travellers willingly. Recently a trend has arisen in which travellers get selfies with the happy critters, resulting in hundreds of cute pics of the smiling fluff balls all over the internet. The Quokka was first observed by a European in 1658. It weighs roughly 2.5 to 5 kilograms and grows only to the size of a large cat or rabbit. A species that use to thrive on the mainland has sadly been demolished by the introduction of predators such as foxes, however the population on the island is still thriving and these little guys are protected by law. Hopefully these little critters will keep smiling for years to come. 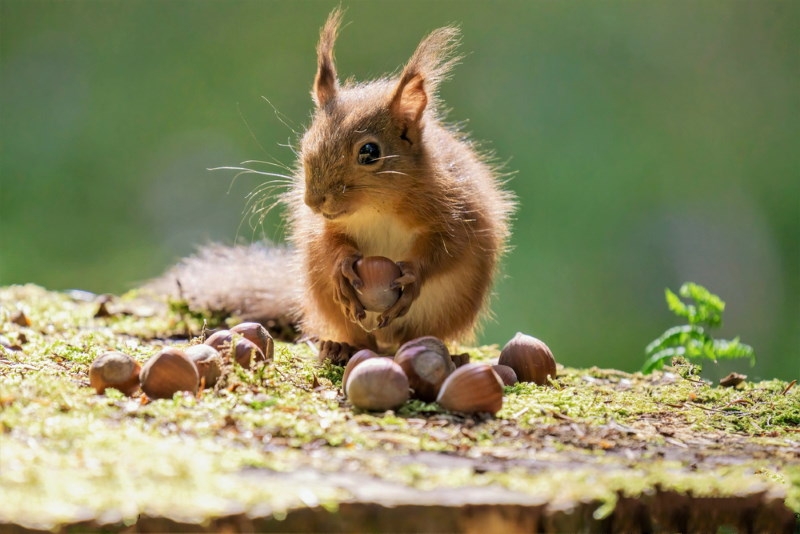 Squirrels are actually responsible for the spread of certain forests. Many squirrels will often forget where they bury their nuts and as a result thousands of trees take root each year. According to a Wilkes University professor, “Gray squirrels may devour many acorns, but by storing and failing to recover up to 74 percent of them, these rodents aid regeneration and dispersal of oaks making tree squirrels one of the most important animals for helping oaks spread, because they store acorns in the ground, practically planting baby oak trees”. Though it may not seem like it, these fuzzy creatures are quite intelligent and have a whole method behind their food preservation. It is a result of this method that causes them to forget. When a squirrel buries its nuts it will dig several dummy holes to throw off those that may be watching. A method so clever it often fools themselves when they return later and can’t find them. 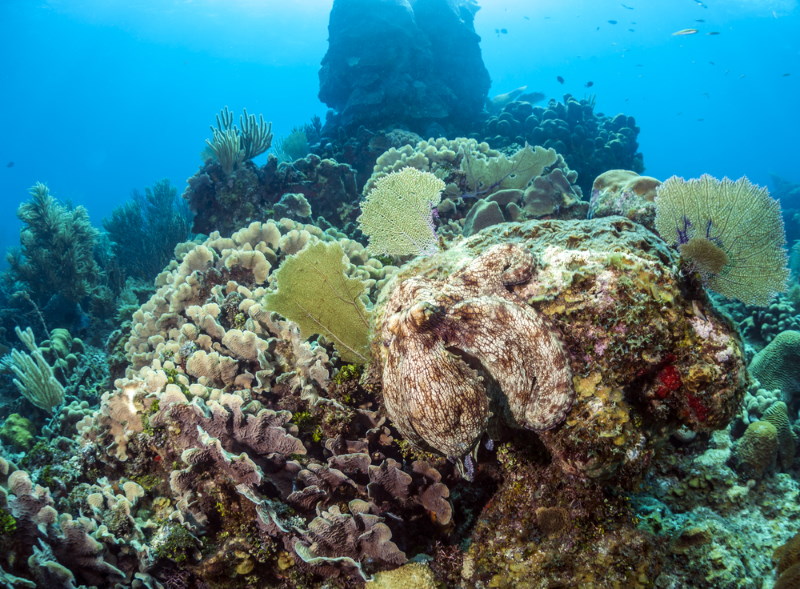 “I’d like to be under the sea in an octopus’s garden in the shade. We would shout and swim about the coral that lies beneath the waves.” The words of Ringo Starr himself, and why wouldn’t you want to visit an octopus’s garden? Octopi are very intelligent creatures and live in cave-like dens in the rocks. Outside of these dens they have been known to make little gardens which are collections of bones, spines and shells left over from previous meals along with any shiny things they have collected, like tin cans. These amazing animals have eight tentacles (all of which can taste and smell), have three hearts, can change the colour of their skin and are actually related to slugs and garden snails. So perhaps the Beatles were on to something when they sang of the creatures special gardens.

A little known fact is that the dot above the letters ‘i’ and ‘j’ actually has a name – a tittle. The word itself is scarcely used and is sometimes referred to as the superscript dot. Tittles are the only diacritic dot to appear in the English language. It is thought that the phrase “to a T” is derived from the word because long before “to a T” became popular, the phrase “to a tittle” was used. Quite a titillating fact.

Not many kids can say they achieved their dream job at the age of 6. This is not the case for Sam Pointon. In July 2009, he heard that the current director of The National Railway Museum of York was retiring from his position after 15 years and he took it upon himself to apply for the dream job. Not only did Sam send in a hand written application letter, but he attached a picture of himself as well. He went on to explain his experience and love of trains as well as putting any doubts to rest about his age by adding: “I am only 6 but I think I can do this job”. Those at the office of the Museum were so impressed by the youngster’s application they appointed Sam the Director of Fun, a position he still holds to this day. When asked about his role the boy replied, “It is the best job in the world. I love it. It is good fun. My favourite is the steam engine, I like it when the wheels go round.” 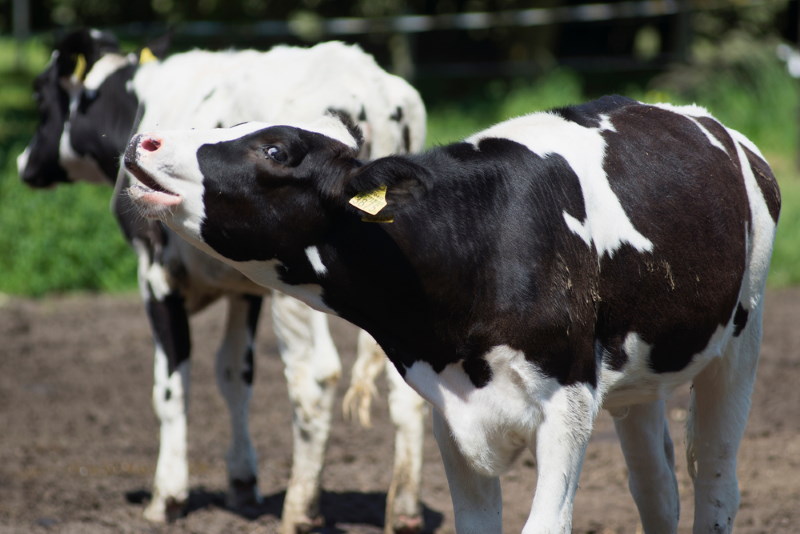 We all know how stressful it can be when you haven’t seen your BFF in a while. Well, it turns out cows feel the same way. In 2011 while working on her PhD in Northampton University, Krista McLennan found that cows are very social beings which often form close bonds with friends in their herd. During her study, cattle were penned on their own with their best friend or with another cow they did not know for 30 minutes. Their heart rates were measured at 15-second intervals. The results revealed that when heifers have their preferred partner with them, their stress levels in terms of their heart rates are reduced compared with if they were with a random individual. 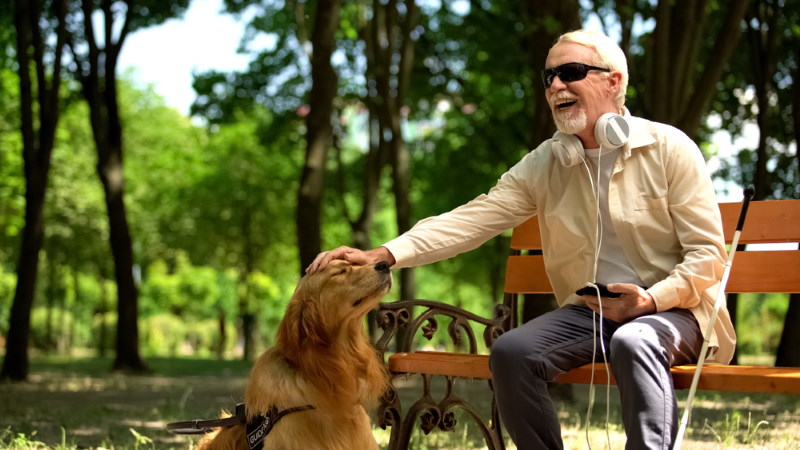 Though they have never seen a smile to replicate, blind people smile to express happiness as well. New research into the topic has discovered that common facial expressions – expressing things like happiness, sadness, disappointment, and achievement – may in fact be innate, not learned. In a recent study, both blind and sighted athletes displayed similar facial expressions when they lost or won a competition. Winners sported the grin of a happy person, while losers looked sad or disgusted. Just a little something to get those 23 muscles working to make you smile. 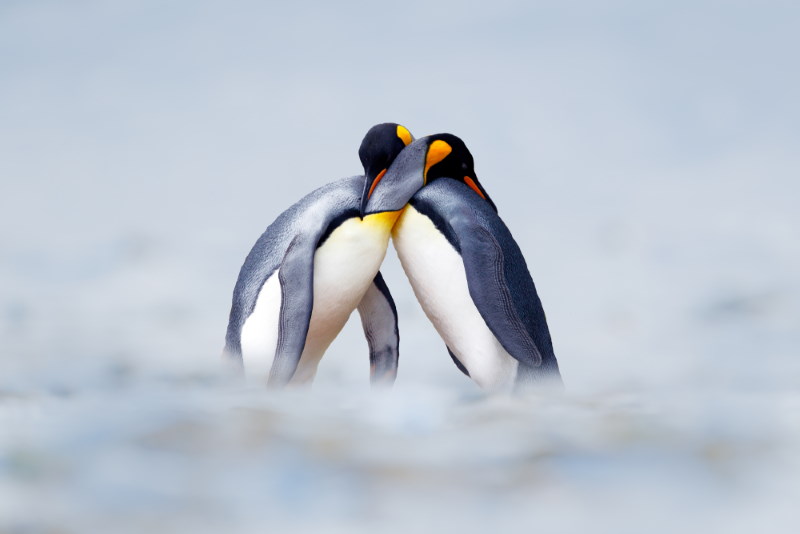 It has been proven that most penguins are actually monogamous and will only breed with the one partner year after year. Not only that but some species of penguin go so far as to propose with a pebble. Male Gentoo penguins search through piles of pebbles to find the smoothest, most perfect ones. When a penguin has selected his pebble, he presents it to his intended companion. If she approves, she puts the stone in her nest and the two are well on their way to becoming mommy and daddy birds. Pebbles are so important to the penguins that males often fight over the prettiest selections. Penguins are one of the only known species in which the male and female both contribute to the preparation of the nest and the care of the chicks. 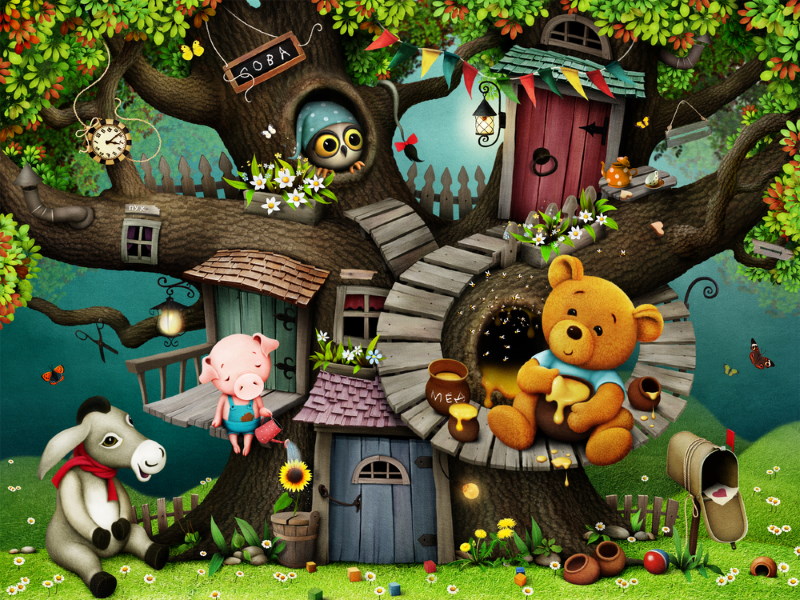 Jim Cummings has one of the most famous voices of all time. Only thing is, most of the time it’s not actually his. Known for his variety of voices, Cummings has done over 400 roles all with distinctly different voices. Perhaps his most renowned character is that of Winnie the Pooh. Cummings started voicing the loveable honey addict in 1988 as well as his side-kick, the ever bouncing Tigger. He has continued to inspire young children all over the world even to this day, but Cummings takes it one step further. He doesn’t just use his practiced Pooh and Tigger voices for the big and small screen, he also lends his voice to the Make-a-Wish-Foundation when he calls sick children in hospitals to brighten their day. Pooh tells the children how much he loves them and how brave they are. Cummings once called a child dying of cancer and when Pooh spoke to her she giggled. Her mother teared up and said that it wa sthe first time in 6 months she had seen her daughter laugh. The generous man restores faith to mankind and lives up to the words of the Pooh Bear himself, “Some people care too much. I think it’s called love.”

Top 10 Greatest Magicians who ever Lived

Top 10 Things that Sound Wrong but are Correct

Top 10 “As Seen on TV” Products that are Actually Awesome