The following ten buildings are the most expensive building ever. Most of the buildings in the list are huge casinos in Las Vegas or Macau. 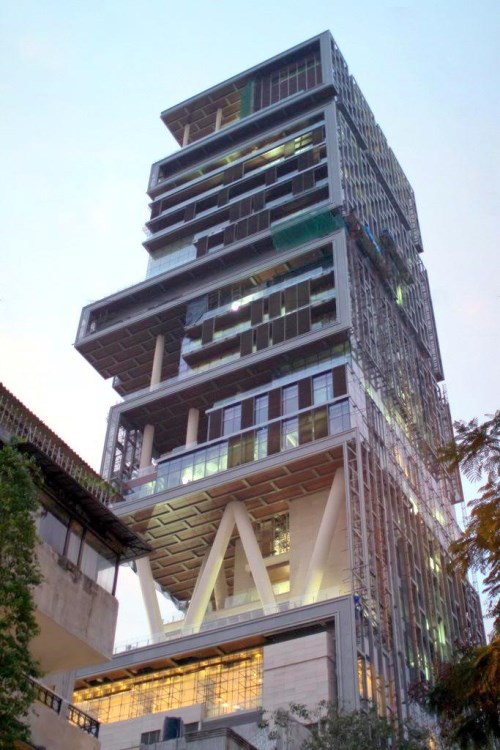 The Antilla is a residential building owned and lived in by established Indian businessman Mukesh Ambani. It is thought to be the most expensive home in the world, and Ambani employs a 600 strong workforce just to maintain and run the place. The home has 27 floors and took five years to construct, with its official completion date being at the beginning of 2010. As land prices have increased considerably over time, the value of the building is predicted to soar. 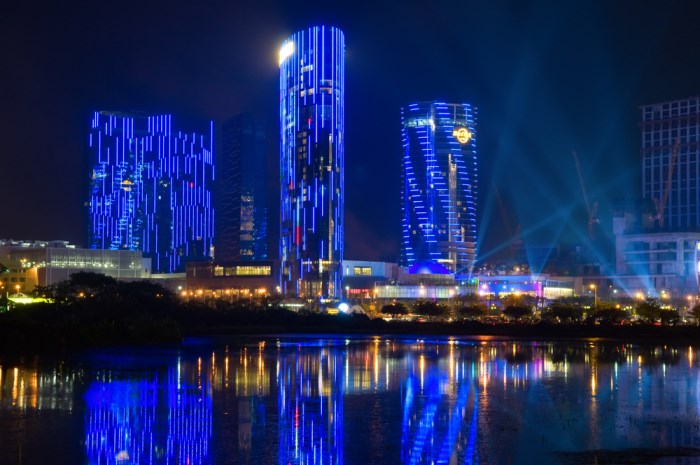 The City of Dreams is located directly opposite the Venetian Macau, though it cost slightly less to construct. It is home to ample gaming and casino space, theatres, restaurants and a shopping complex. Opening in 2009, the City of Dreams is still a work in progress and is set to expand further in time, with a luxury apartment block in the works. 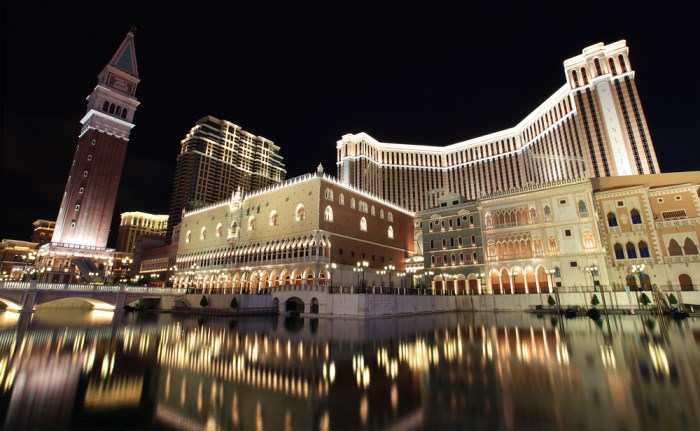 Owned by Las Vegas Sands, The Venetian Macau brings a taste of Vegas to the famous Cotai Strip in China’s Macau. A high end, 40 story hotel and casino resort, the Venetian Macau comes in at not only the eight most expensive building in the world but also the sixth largest in terms of floor space as well as being the world’s largest casino. Its exterior, modelled on sister resort The Venetian Las Vegas, is flashy yet classy, and was designed by the renowned Aedas and HKS, Inc. 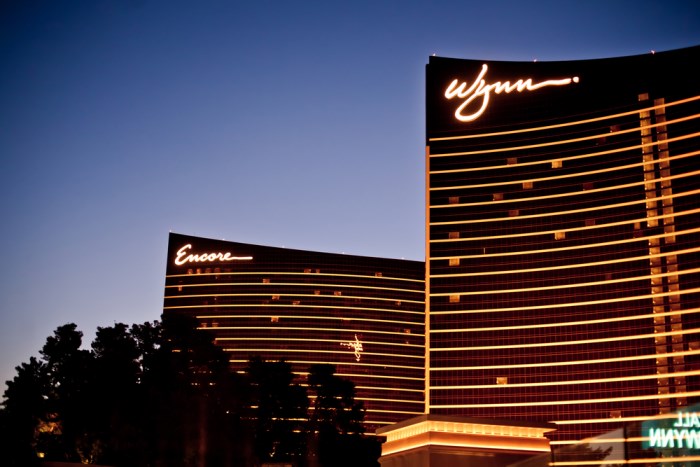 Another inevitable entry for Las Vegas, the Wynn is a 215 acre casino and hotel resort based on the strip. One of the stand out buildings in all of Vegas, the stunning resort is truly a sight to behold. Its hotel contains just over 2,700 rooms, and the complex consists of restaurants, a casino, a shopping mall and a convention center. It is particularly renowned for its hotel and fine dining options, gathering an array of awards and five star ratings from the highly regarded Mobil, Forbes and Michelin. 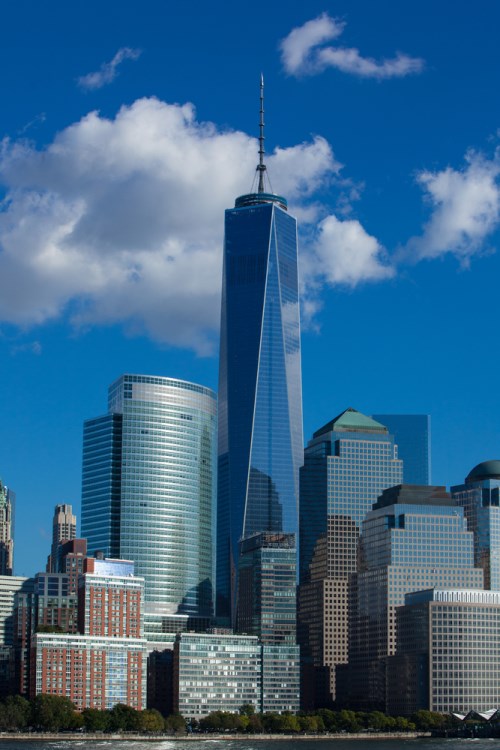 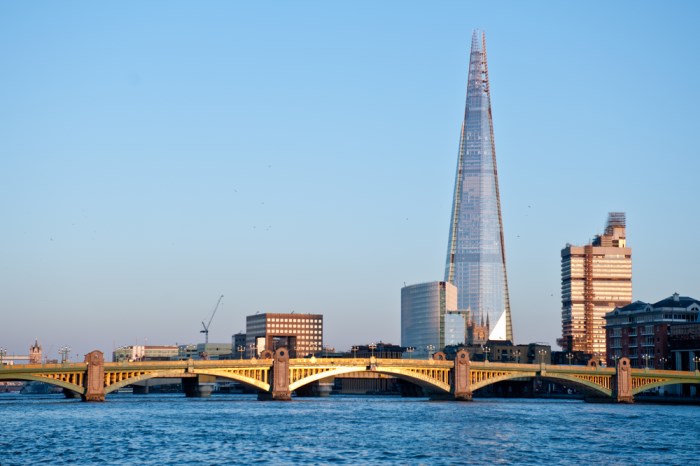 The newest addition to London’s famous skyline, the Shard is an 87 storey skyscraper that sits alongside a glut of iconic buildings and establishments on the River Thames, and its grand observation deck has already become the place to get the best views of the city, with tourists and local residents alike flocking to it in their millions. Freshly opened in 2012 after just three years of construction, the Shard, standing at 1,004 ft tall, is the highest building in the European Union.

It will come as no surprise that a building in Vegas, the land of over the top, flashy and excessive hotels and casinos, ranks so highly on a list such as this. Opening in 2005, the Cosmpolitan is another luxury hotel and casino resort, boasting two towers and almost 3,000 rooms as well as one of the world’s biggest casinos (75,000 sq ft) and endless shopping and restaurant space. In true Vegas fashion, it also houses a theatre, spa and fitness suite, and many a celebrity chef have chosen it as their base, including David Myers and José Andrés. 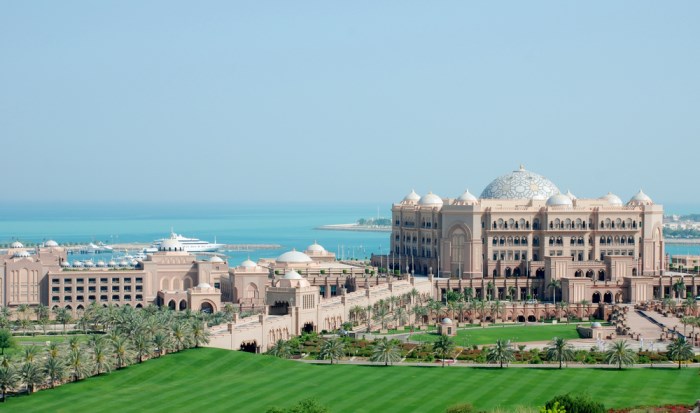 Until the construction of Singapore’s two complexes in 2010, Emirates Palace was widely known to be the most expensive building in the world. Situated on an expansive private beach, Abu Dhabi’s Emirates is a luxurious, seven story hotel that is more about class and quality than sheer excess, and has just 300 or so rooms and suites, a modest number when compared to the new aforementioned hotel complexes. 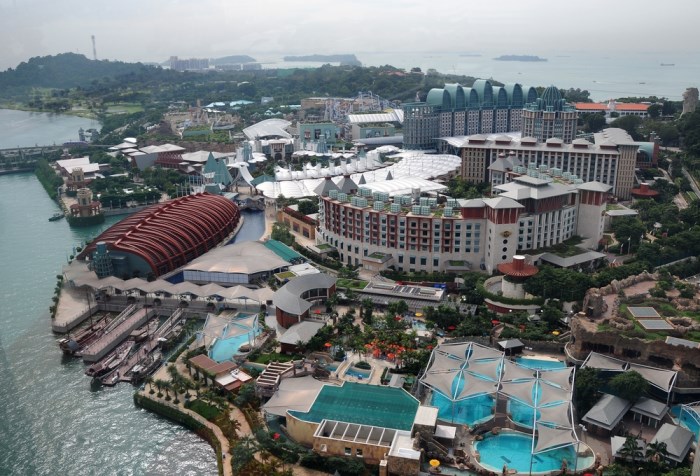 Another resort turned popular attraction based in Singapore, Resorts World Sentosa – based on its very own island, Sentosa, just off Singapore’s southern Coast – almost gives the Marina Bay Sands a literal run for its money, costing just under five and a half billion dollars to build. Resorts World Sentosa is all about luxury, entertainment and family fun, and, housing two casinos, the world’s biggest oceanarium and a Universal Studios theme park, it isn’t difficult to see where all that money went. 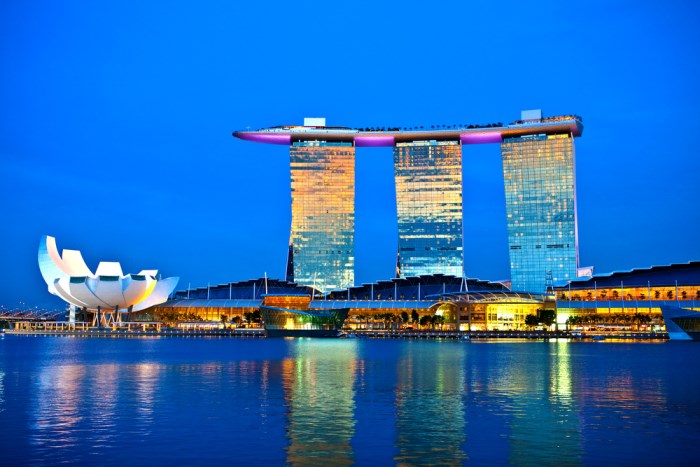 Marina Bay Sands is a 55 story hotel resort of epic proportions, and it is just as costly as it looks and sounds. It cost a whopping $6 billion to build, making it officially the world’s most expensive hotel, a title previously held by Abu Dhabi’s Emirates Palace. Its 2560 rooms and suites along with its infamous swimming pool and a plethora of award winning restaurants and entertainment venues have seen it become one of the most heavily visited places in Singapore. In 2013, it came top of the ‘most checked in’ list for Singapore on Facebook. Money well spent.