Forget werewolves, zombies and vampires, the true king of horror is the evil clown. It’s rather ironic given that clowns are supposed to be the embodiment of childhood joy and innocent fun, but many people think that there is something evil behind those bright and colourful masks and costumes (incidentally, Coulrophobic is the term for someone who breaks a sweat at the mere sight of a clown). With their strange out of place appearance and erratic behaviour, it’s not hard to irrationally think that some clowns are harbouring sinister intentions. For years, horror movie directors and writers have gleefully taken advantage of this fear and the evil clown has become a firm staple of the genre.

The straight to DVD market is full of horror movies which don’t get the opportunity of a cinematic release, and there are some unappreciated gems which have been made on a shoestring budget. However, there’s also plenty of movies like Killjoy. Killjoy is an evil clown spirit who is somehow summoned by black magic. Originally based in the ‘urban horror’ genre, the Killjoy sequels (surprisingly, the franchise has four movies under its belt) have taken the character out of the hood and seen the evil clown torment college kids and even pay a visit to Hell. The movies are the very definition of cheesy, schlocky low-budget horror, but there’s no denying that Killjoy has managed to make his mark on the genre. 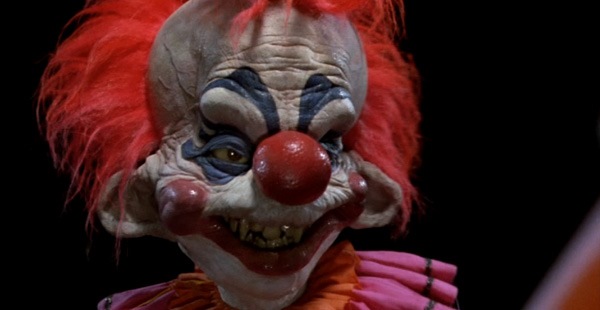 Don’t let the title fool you, Killer Klowns from Outer Space is a surprisingly solid horror comedy. The titular killer clowns are brought to life by some seriously creepy and grotesque practical effects and the movie has an inventive, goofball charm like so many horror comedies from the 1980s. The movie has become a cult favourite since its release, and the Killer Klowns even got their own music video when punk rockers The Dickies made a theme song for the movie.

Poltergeist found a way of making evil clowns even scarier. In one of the movie’s most iconic scenes, young Robbie Freeling is trying to get to sleep but can’t keep his eyes off the creepy clown doll at the foot of his bed. He lays down and tries to ignore it but the doll has mysteriously vanished when he checks on it a few seconds later. He looks under the bed to no avail but as soon as he moves his head back up the clown doll suddenly appears beside him and wraps its arms around his neck. Robbie is dragged under the bed kicking and screaming and eventually somehow manages to free himself from the freaky doll which has come to life. It’s only one of many scenes of scary goings on in the poltergeist-ridden Freeling household, but it’s by far the creepiest. 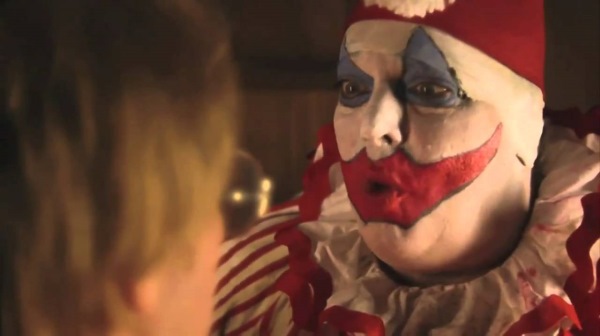 They say nothing is scarier than real life. When it comes to psycho clowns no fictional creation can come close to the sheer horror of serial killer John Wayne Gacy. Gacy sexually assaulted and killed at least 33 teenage boys between 1972 and 1978 and buried many of them in his backyard and basement. He earned the nickname ‘The Killer Clown’ because he was well-known in his local community for dressing up as a clown called Pogo and entertaining children at birthday parties, charity events and fundraisers. The Gacy movie is a fairly by-the-book dramatization about the serial killer which focuses almost entirely on his heinous crimes. Although it doesn’t attempt to offer up any sort of insight into what made Gacy commit these crimes, it is a shocking watch and shows why Gacy is remembered as being one of the most hated and twisted serial killers of modern times.

Despite the fact that the world as he knows it has been completely overrun by crazed zombies, the character Columbus (played by Jesse Eisenberg) in Zombieland is afraid of only one thing: clowns. So of course in the movie’s climactic scene Colombus is faced with a snarling zombie clown who want nothing more than to feast on his organs. It goes without saying that the sight of a green-haired zombie in full clown makeup is infinitely more terrifying than any other form of zombie, and it’s clear that in the event of a zombie outbreak all amusement parks and circuses should be avoided at all costs. 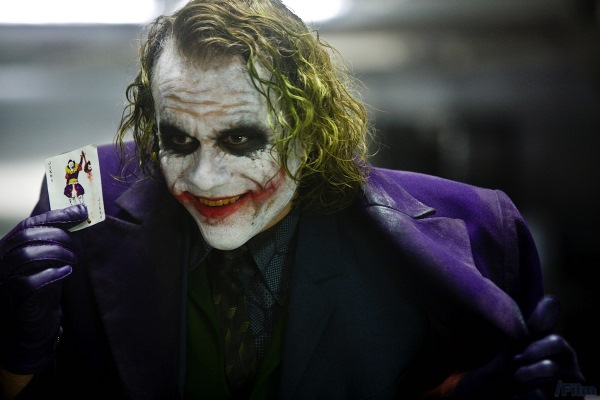 Batman has one of the best rosters of villains out of all comic book superheroes, but his nemesis the Joker stands tall above all the rest. Heath Ledger received near universal critical acclaim (and an Oscar) for his performance as the Joker in the Dark Knight, and he helped elevate the movie to a completely different level. Wearing smudged makeup and a garish purple and green suit, the Joker is a weird mash-up of clown and punk rocker. However, when he starts antagonising Batman and terrorising the city of Gotham, Joker proves to be a force to be reckoned with. Although he may not be an evil movie clown in the traditional sense, the lethal character is deranged, unrestrained and completely devoid of remorse or reason. The Dark Knight’s Joker is about as far away from campy and over the top previous cinematic iterations of the character, and the movie is all the better for it. 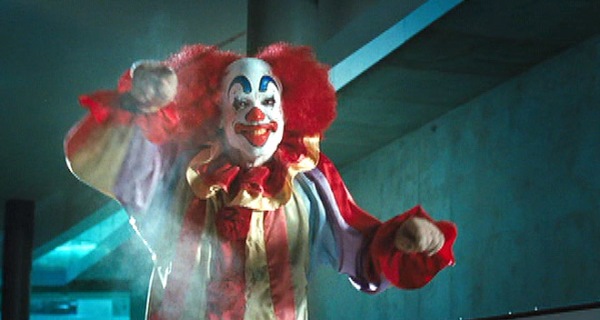 One of the smartest and most interesting horror movies of the last decade, Cabin in the Woods is an appreciative and reverential take on the genre. Taking some of the most clichéd and overused tropes from horror movies and smashing them altogether in a big blender, Cabin in the Woods features almost every horror creature and icon imaginable. Of course, that means that an evil killer clown makes an appearance. Even when surrounded by killer mermen, flying bat creatures, a Sasquatch and a whole host of other demons and monsters, this killer clown still manages to make a memorable impression as it calmly stabs a security guard to death (despite being shot at several times) while laughing maniacally. 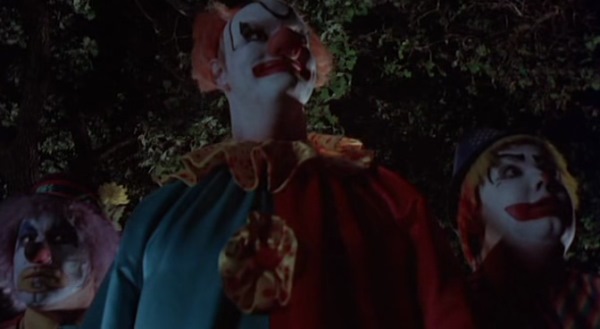 Clownhouse was a surprise indie horror hit which saw the big screen debut of a young Sam Rockwell. Despite the movie’s rather clichéd premise which sees three young brothers being terrorised by escaped mental patients who have disguised themselves as clowns from the local travelling circus, Clownhouse is a surprisingly well-made home invasion movie. Unlike typical slasher villains, the clowns are effectively ‘normal’ people (although they are insane) but they are completely determined in terrorising the young boys in their family home. Quick shots of the convicts passing by in the background and slowly advancing undetected on the brothers are made all the more creepy by the classic clown make-up they are wearing, and the fact that they don’t act like goofy clowns make them all the more disturbing. 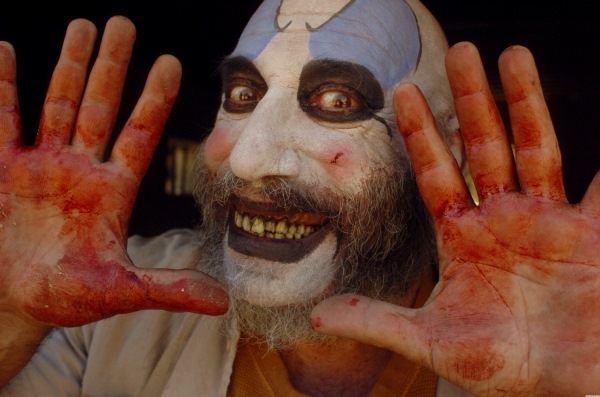 The best way to describe most of the characters from Rob Zombie’s horror movies is ‘disgusting’. Not only are most of his white trash villainous characters grimy and just all-round unpresentable, but they are also morally reprehensible and completely bad to the bone. Captain Spaudling is the patriarch of the Firefly family from House of 1000 Corpses and The Devil’s Rejects. Dressed in a crusty looking suit and plastered with clown makeup, Spaudling is an erratic, murderous criminal who is completely insane and loves to play mind games. Oh, and he really hates it when people say that they don’t like clowns. 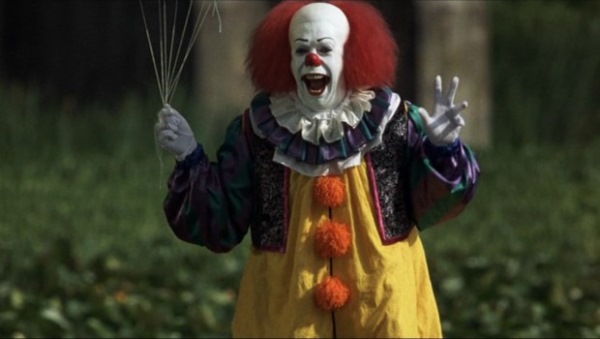 When most people think of scary clowns there’s no doubt that the first thing they picture is Pennywise from IT. Adapted from Stephen King’s legendary novel and made into a three hour TV movie, IT follows a group of children who are terrorised by a mysterious, supernatural clown who is responsible for the murder and disappearance of many children in the smalltown of Derry. Tim Curry’s completely unhinged and unsettling performance as Pennywise is one of the best roles in horror history. Although Pennywise is only on screen for a very small portion of the movie, Curry’s disturbing portrayal creates a persistent creepy atmosphere and a constant sense of dread. The final confrontation between the clown and the grown-up friends isn’t quite as climatic or effective as the filmmakers were hoping for (in the movie’s defense, the source material is very long and goes a bit weird), but IT is worth watching for Pennywise alone.