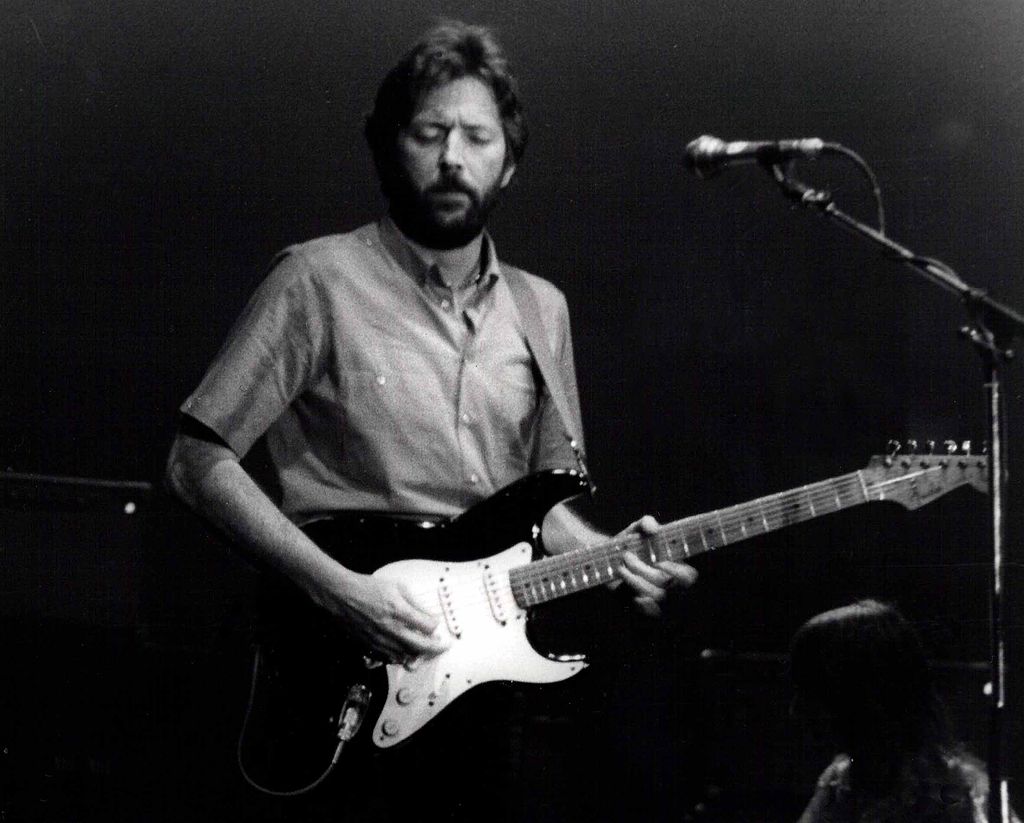 With such a long and illustrious career, stretching from the Sixties right up to the present, it is hard to choose the best work from Eric Clapton’s vast repertoire. Here are ten of his best songs.

Bell Bottom Blues is one of Clapton’s earliest songs and was written and released in 1971 when he was with Derek and the Dominos. It was inspired by his love for Patti Boyd. She was then married to George Harrison, but had asked Clapton to get her a pair of the latest bell bottom jeans from the USA.

The country blues song, Lay Down Sally, was a big hit for Clapton in 1977. It was written in collaboration with one of his backup singers, Marcella Detroit, who would go on to form Shakespears Sister. In the song, Clapton tries to persuade a girl to stay in bed with him rather than get up and leave.

Bad Love is a rocker in the same style as the more famous Layla. Clapton wrote the song with Mick Jones from Foreigner and it includes Phil Collins on drums and backup vocals. It won Clapton a Grammy in 1990 for Best Rock Vocal

My Father’s Eyes is an intensely personal song inspired by both his son’s death, and his lack of a relationship with his own father, who died in 1985 without ever meeting him. Clapton was raised by his grandparents.

Cocaine is a cover of a J J Cale song. The song is about drug addiction, which Clapton was struggling with himself at the time he first recorded it in 1976. He had managed to beat heroin addiction, but was still involved with cocaine and alcohol abuse. Clapton intended Cocaine to be an anti-drugs song.

One of Clapton’s most upbeat and happy songs, Let It Rain, was recorded in 1970 for his first solo album. It features Rita Coolidge and Bonnie Bramlett as backup singers, as well as former members of Buddy Holly’s backing band, The Crickets.

Tears in Heaven is a beautiful and haunting ballad that was written in 1991 as a response to the tragic, accidental death of Clapton’s four-year-old son. It won three Grammy Awards in 1993 and was one of Clapton’s best-performing chart songs. It was used as the theme song to the 1991 film, Rush.

3. I Shot the Sheriff

Although it was written by Bob Marley, Eric Clapton’s cover version of I Shot the Sheriff was the most successful. Clapton recorded it in 1974, when it reached number one in the US charts. Bob Marley had written the song in 1973, and later told Clapton that he liked what he had done with the song.

The lilting and romantic ballad, Wonderful Tonight, was written in 1976 while Clapton was waiting for Patti Boyd to get ready for a night out at a party. She was then his girlfriend, and later became his wife after divorcing George Harrison. The song has become a classic that has been covered many times by other artists, and is often played at weddings.

Probably Eric Clapton’s most famous song, Layla is instantly recognisable right from the first guitar riff. It was first released in 1970 when Clapton was in the band Derek and the Dominoes. Like many of Clapton’s songs, it was inspired by Patti Boyd. Layla is considered one of the best rock songs of all time, and has won many awards, including a Grammy.