Dwayne Johnson is a Hollywood anomaly. Born into a family of wrestlers, Johnson had aspirations of becoming an American Football player. Unfortunately, after making it onto a pro team, he couldn’t cope with the pressure and was dropped after only 2 months on the team. It was then that he decided to make the jump to professional wrestling, just like his father and his father’s father before him. Johnson was a tour de force in the wrestling world. His persona, ‘The Rock’, became one of the most popular personas in the WWE Attitude era and one of the most popular personas of all time. Johnson used this popularity as in with Hollywood. After leaving the WWE in 2004, he’s since dropped his ‘The Rock’ moniker, instead using his full name. This top 10 will look at Dwayne ‘The Rock’ Johnson’s top 10 movies. 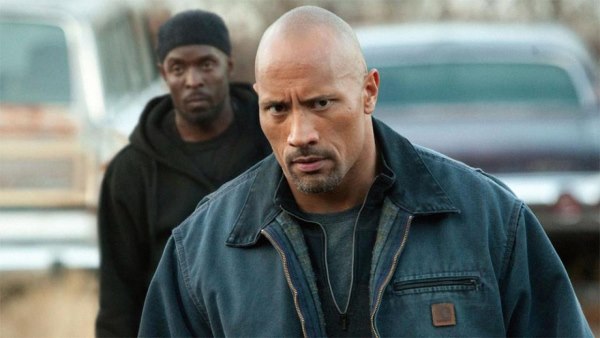 2013’s Snitch was a departure for Johnson. Through most of his career, the wrestler-turned-actor had been cast as the quintessential ‘tough guy’; a no-nonsense hero with bundles of courage. Snitch, however, saw Johnson playing a quiet, reserved, and weak character trying to survive in tough circumstances. Johnson played ‘John Matthews’, a father who has to go undercover to bust an international drug ring. The film followed Matthews as he successfully infiltrated a Mexican drug ring and attempted to bust the leader to save his son from a life in prison. Directed by Ric Roman Waugh and written by Justin Haythe, Snitch was a well written, well directed action thriller. Johnson was fantastic as Matthews, displaying a vulnerability rarely seen in his characters. Snitch performed relatively well with critics and audiences. Audiences scored the film an above average 6.5 out of 10 on imdb.com, while critics scored it an above average 56% on Rotten Tomatoes. 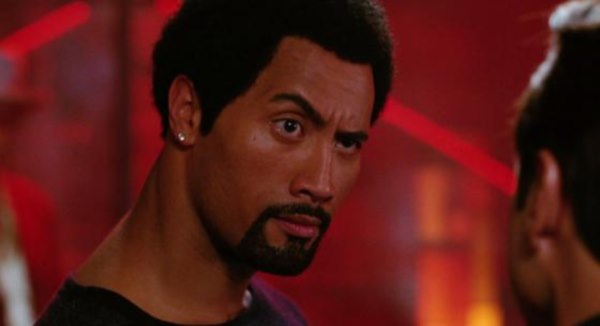 ‘Be Cool’, released in the summer of 2005, had an incredible cast. Headlining the film were the always charismatic John Travolta and Uma Thurman, while Vince Vaughn, Harvey Keitel, and, of course, Johnson played support characters. Be Cool followed movie industry exec Chili Palmer, played by Travolta, as he tried to crack the music industry. The film followed Palmer as he met and befriended all manner of weird and wonderful characters. While Be Cool was rated a disappointing 5.6/10 on imdb.com and a below average 30% on Rotten Tomatoes, few people had bad things to say about Johnson’s performance as wannabe-actor Elliot Wilhelm. 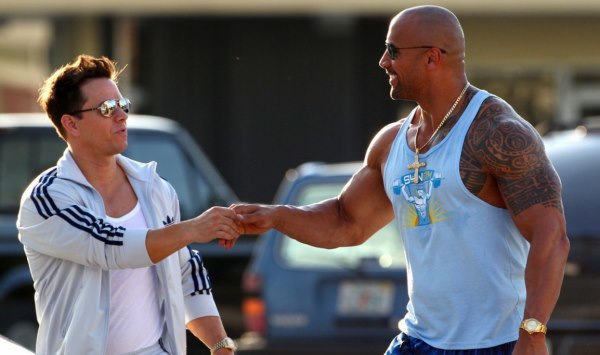 Michael Bay is one of the top directors working in Hollywood today. Some of his biggest hits include the Transformers trilogy, the Bad Boys duology, The Rock, The Island, and more. 2013’s ‘Pain & Gain’ was a gamble for Bay. Made on a relatively small budget, the film followed a group of bodybuilders – played by Mark Wahlberg, Anthony Mackay, and Johnson – as they robbed their way to riches and fame. Unlike the majority of Bay’s filmography, Pain & Gain was a black comedy. Its script, written by Christopher Markus and Stephen McFeely, was wicked sharp and its direction slick. The film also featured great performances from its stars, with Johnson and Mackay delivering especially memorable performances. Pain & Gain was received fairly well by critics and audiences everywhere. The film was rated a respectable 7.1/10 on imdb.com and a middling 50% Fresh score on Rotten Tomatoes. 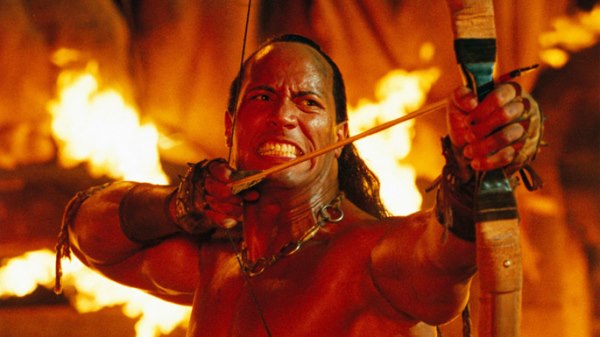 1999’s ‘The Mummy’ was a surprise hit. Starring Brendon Fraser and Rachel Weisz as a pair of happy-go-lucky adventurers, the film enraptured audiences everywhere with its rich story and impressive special effects. In 2002, director Chuck Russell was given the task of directing ‘The Scorpion King’, a spin off of the Mummy film franchise. The film was designed to tell the origin story of the ominous Scorpion King, the antagonist of 2001’s ‘The Mummy Returns’. Johnson was brought onboard to play the Scorpion King alongside actress Kelly Hu who played a mysterious sorceresses with a hidden past. The Scorpion King was given slightly above average reviews by imdb.com users who scored it 5.5/10. Critics were slightly less forgiving, however, scoring the film a below average 45% on Rotten Tomatoes. While most critics criticised the film’s direction, script, and plot, few had bad things to say about Johnson’s performance as the film’s title character. 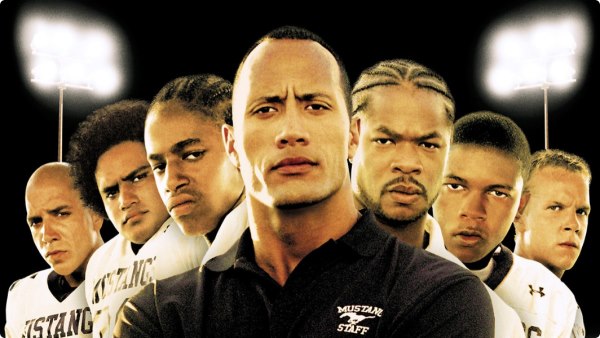 2006’s ‘Gridiron Gang’ saw Johnson returning to the world of American Football. The film saw him play ‘Sean Porter’, a warden working at a youth detention facility in Los Angeles. The film followed Porter as he set up an American Football team to give the troubled youths at the facility an outlet for their frustrations. Gridiron Gang was released to below average reviews from critics who gave it a 42% score on Rotten Tomatoes, while film audiences scored it an above average 6.9/10 on imdb.com. Most of the criticism was levied at the film’s plot which was cliche and predictable. Johnson was praised for his performance, though. 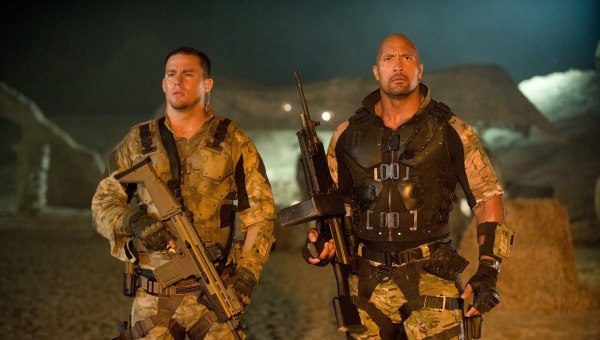 ‘G.I. Joe: The Rise of the Cobra’, released in 2009, was a disappointing film. The film had problematic tonal issues and a poor script and received a lot criticism from film fans and critics alike. ‘G.I. Joe: Retaliation’ set out to fix all the problems present in its predecessor. The film swapped out its serious tone for a more casual and fun tone, and it swapped its cast for a more likeable cast headed up by Johnson and action veteran Bruce Willis. The result was a fun film with a number of impressive action sequences. G.I. Joe: Retaliation was released to mixed reviews overall. Director Jon Chu was criticised for his overuse of ‘shaky cam techniques’ and the film’s script was criticised for its poor pacing, but few had bad things to say about the film’s cast. The film was received a score of 5.8/10 on imdb and a 28% score on Rotten Tomatoes. 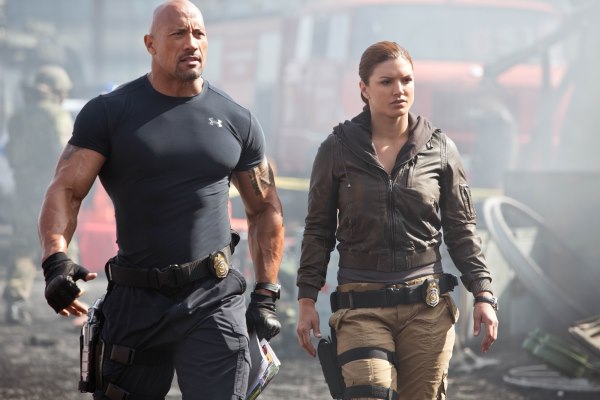 The ‘Fast and the Furious’ film franchise has its share of ups and downs over the years. After the release of the excellent ‘The Fast and the Furious’ in 2001, the film has received no fewer than 5 sequels, some better than others. ‘Fast & Furious 6’, released in 2013, is generally considered the third best film in the series. Following on from the events of Fast Five (covered later in this top 10), the film followed characters Dominic Toretto (played by Vin Diesel) and Brian O’Conner (played by Paul Walker) as they teamed up with returning character Luke Hobbs (played by Johnson). The film followed the trio as they combined their skills to take down Owen Shaw, an arms dealer with a penchant for high speed robberies. Returning director Justin Lin did a fantastic job directing Fast & Furious 6. His direction was slick and he extracted great performances from the film’s cast. Fast & Furious 6 was released to great reviews from critics and film audiences. The film was scored an impressive 7.2/10 on imdb.com and an above average 68% score on Rotten Tomatoes. 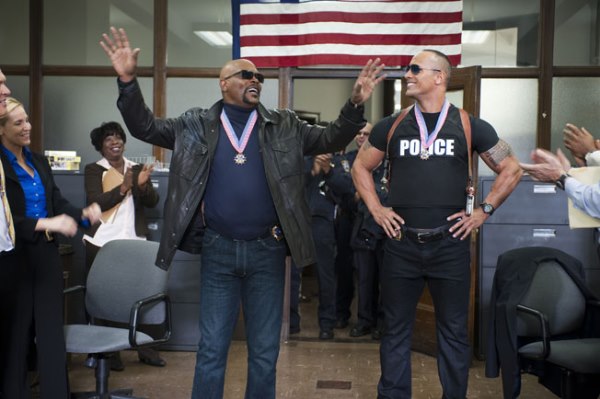 ‘The Other Guys’, released in 2010, was a surprise hit. The action comedy, directed by comedy veteran Adam McKay, came out of nowhere and ended up one of the best comedies of 2010. The Other Guys starred Will Ferrell and Mark Wahlberg as Allen Gamble and Terry Hoitz, a pair of mismatched New York cops given the task of taking down an evil drug kingpin. The film also saw Johnson teaming up with Samuel L. Jackson to play Christopher Danson and P.K. Highsmith, a pair of super cops considered the best in New York. The Other Guys was funny, witty, and well directed. It also featured excellent performances from its cast, with Johnson and Jackson stealing the show from leads Ferrell and Wahlberg. The Other Guys was released to great reviews from critics who scored it 79% on Rotten Tomatoes. The film also received good reviews from film lovers who scored it an above average 6.6/10 on the imdb.com website. 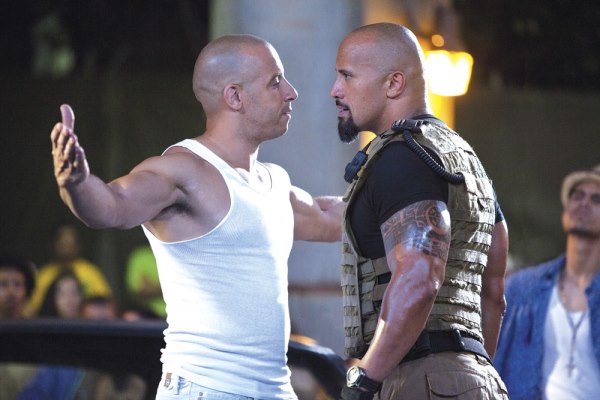 2009’s ‘Fast & Furious’ was a fairly average film. Despite stellar direction from director Justin Lin, it lacked the heart and soul of the earlier ‘Fast and the Furious’ films. 2011’s Fast Five redeemed the franchise, however, delivering the best Fast and the Furious film yet. Directed by Lin and starring Diesel, Walker, and Johnson, the film featured an exciting plot that saw the Fast and the Furious crew robbing a bank in Brazil, a number of frenetic action sequences, and great performances from its cast. Fast Five was released to rave reviews from film fans and critics who called it the best summer blockbuster of 2011. At the moment, the film is rated 77% on Rotten Tomatoes and an impressive 7.3/10 on imdb.com. 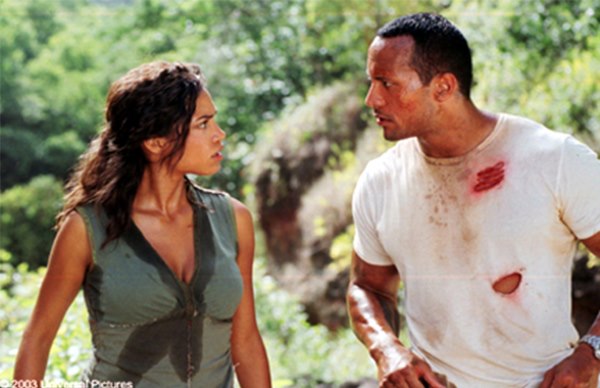 2003’s ‘The Rundown’ was one of Johnson’s earliest films. Directed by Peter Berg with a screenplay by R.J. Stewart, The Rundown had it all: fantastic action set pieces, great performances from Johnson and co-lead Sean William Scott, an interesting plot, and even a cameo from action legend Arnold Schwarzenegger. The film saw Johnson playing Beck, a debt collector given the task of recovering the son of a mobster (played by Sean William Scott) from the depths of the Amazon rainforest. The film followed Beck as he travelled to the rainforest to recover the mobster’s son from the grips of Hatcher, a powerful drug lord played by Christopher Walken. Critics, overall, enjoyed The Rundown, giving it a high score of 71% on Rotten Tomatoes. Audiences, similarly, enjoyed the film, giving it an imdb score of 6.7/10. Today, The Rundown is considered one of the best action movies of the 00s and the best film in Johnson’s filmography.

Top 10 Out of Control Movie Robots