Every hip hop lover should at least have heard a beat by Dr. Dre, founder of the renowned group NWA and producer of many artists and albums. Dre changed the way of producing hip hop music forever with “The Chronic,” an album which introduced Snoop Doggy Dogg to the hip hop world. A more varied use of samples, use of skits and humorous intermezzos, re-pitching voice to fit musical elements were just some of the things which paved the way for a unique style of production which was set to change the world of hip hop.

For those who don’t know where to start, here are 10 of the most popular Dr Dre songs. These are a good place to start if you want to gain a glimpse into Dre’s career, and begin to understand just how influential his style was.

This is a song which appears in his “Still D.R.E.” album, which was released back in 2001. Drum programming, bass and hook is off the charts here, and Snoop Dogg helps lift the track with his laid back style. Definitely a good song to listen to if you are unfamiliar with Dre.

A well known jam which was part of the famed “Chronic” album back in 1993. One of the most memorable tracks for many fans, which feature the classic sine-wave synth lines all hip hop listeners got used to.

Featuring the best of the best funk and soul samples from back in the day, including James Brown’s “Funky Drummer.” A solid tune and one which helped “The Chronic” shift numerous units when it was first released.

“Let me ride” talks about the problems which Dre experienced as a youngster, and has been an inspiration for many fans and for many young artists wanting to get into the world of hip hop. Definitely a popular song which is also part of “The Chronic.”

If you want the highest and crisper level of production then this song is for you, and it is all about how the rap game has changed. “The Watcher” tells it straight, how it isn’t about the music and how things got overly commercial. This features a hot verse by Eminem and Knoc-turn’al and is definitely not to be missed.

This is off “Still D.R.E.” and it’s all about good times, featuring a variety of talent from around the West Coast. It does not feature Dre’s rapping, but the production value is not to be missed as always.

Snoop Dogg is prominent in this track, never disappointing with a unique style of unleashing crisp verses. Top notch programming and heavy synth work as usual here, and the hook will have even tone-deaf fans happily humming away. There is no chorus but it’s hard not to hum along, and the distinctive bass makes sure of that.

Another song featuring Eminem, who remains something of a Dre protege’ over the years. Dre has always said that he recognises the immense talent this artist has. This is classic word salad from Slim Shady, who manages to keep things connected, coherent and in context while moving the track along with an unparalleled frenzy. Dre’s stylistic features are evident here too, like the horns and the pumping West Coast bass line.

A song from “Still D.R.E.” which featuring some smooth guitar sampling, hot bass riffs and the sine wave synth again. This type of sound is evocative of Dre, and the hip hop world has instantly come to associate this type of production to the world renowned doctor. The song features the verses of Hittman in the second half.

Perhaps the best known song by Dre, also off “Still D.R.E.” This features Eminem and has some of the best production ever heard on an album, still relevant in today’s over-produced music world. If you have to listen to just one Dre song, then make sure it is this one.

So there you have it! 10 of the most banging jams which Dre’s mind conceived and put to vinyl. For hip hop fans and music lovers worldwide. 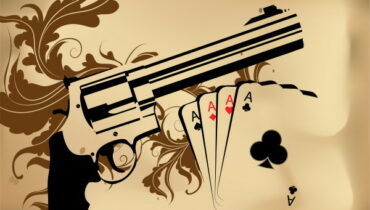