There are plenty of violent, controversial video games which have managed to whip the media into frenzy over the years, but very titles manage to get under the skin. Whether it’s their subject matter, their trippy visuals or the way they engage the player, these are some of the most disturbing video games ever made.

It seems strange to think of western adventure Red Dead Redemption as a disturbing video game, but its seemingly normal, historical setting is what makes some of the strange encounters in the game so unsettling. One of the game’s side quests requires players to help an old man pick flowers for his wife’s anniversary. At first, the mission feels tedious and is far removed from the game’s action gameplay. However, when all the flowers are collected, the old man takes the player back to his cabin where the rotting corpse of his wife sits at the dining table. Shockingly, the old man is unaware that his wife is dead and acts normally. It’s definitely a disturbing moment, but it is topped by an even stranger set of side quests which run throughout the game. The ‘I Know You’ mission is simply a series of conversations with a man who wears a suit and a top hat, but the mysterious character reveals that he knows more than he should about the game’s protagonist John Marston. During the final encounter, the strange man points to the site where John Marston will ultimately be buried and says “This is a fine spot”. Fans of the series have theorised that the character is Death or Satan, but the game never reveals his origins or intentions.

Inspired by HP Lovecraft’s mythos, GameCube title Eternal Darkness featured a unique ‘insanity meter’ which affected the gameplay to reflect the character’s mental state. When the meter depletes, the game uses disturbing tactics to create an escalating feeling of pure horror. Weird sound effects or screams can be heard and the camera angle becomes increasingly distorted. However, perhaps the most ingenious use of the insanity meter was tricking players into thinking that there was something wrong with the game itself. Fake error messages pop up saying that the memory card is corrupt or that the television’s video signal has been lost, and players are constantly kept on edge about what is real and what is just a trick.

Although the Resident Evil series gradually ditched its horror roots in favour of more action orientated gameplay, the series has produced some of the most disturbing moments in gaming. To this day, the first instalment is a master class in horror, and it never lets the player feel like they know what’s coming next. Although the zombies are slow, plodding enemies, they keep advancing even when they are riddled with bullets. The games also make excellent use of ‘haunted house’ type environments. Whether it’s the a deserted mansion, police station or laboratory, Resident Evil forces players to explore tight, confined environments where evil could be lurking behind any door.

Video game developer Rockstar is perhaps best known for its GTA series, but one of their earlier games managed to whip up even more controversy than their popular open-world crime franchise. Manhunt has one of the darkest stories and gameplay dynamics ever featured in video games. Players take control of death row inmate James Cash who is promised freedom by the mysterious, omnipresent Director if he participates in a series of snuff films. Essentially, players have to stealthily kill enemies in the most ‘creative’ and disturbing ways possible, and they receive a higher score for the better kills they perform. Using everyday objects like knives, plastic bags and hammers as weapons, a successful execution prompts a short cut-scene where players watch Cash (from a shaky, hand-held camera perspective) grotesquely beat, suffocate, choke or otherwise maim the unlucky enemy. The executions are startling and disturbing and the unusually realistic, brutal depiction of violence is in stark contrast to most video game’s casual use of blood and gore.

Majora’s Mask is another game which is disturbing simply because players don’t expect it. The game has several creepy moments (a scary mummy, a boss who looks like the grim reaper, the weird behaviour of the mask salesman), but the most disturbing part is the moon. The strange, grinning moon watches down from the sky throughout the game, and players only have 72 hours to stop it from crashing down and killing everyone in the land. This time dynamic is fairly underused in most video games, but Majora’s Mask uses it to excellent effect by creating a constant atmosphere of dread. In a surprising twist for a Nintendo game, if players don’t succeed they actually get to watch the huge object slowly fall from the sky and destroy the land. The grinning expression of the moon stays the same as it slowly hurtles towards the earth, and it’s a very dark visual for an otherwise ‘safe’ and friendly game series.

Although it was critically acclaimed upon release, interactive drama Heavy Rain divided many gamers. While most praised the game’s unique gameplay and complex plot development, some felt cheated that it felt more like an experimental recreation of a cinematic film rather than an actual game. Heavy Rain’s gameplay heavily relies on Quick Time Events (QTE) whereby players have to quickly press a sequence of buttons to complete an action. This dynamic is used to excellent effect in a scene where the player is forced to amputate their own finger. Taking control of character Ethan Mars, players have to complete an escalating series of trials in order to save Ethan’s kidnapped son Shaun. Players have to collect the items to complete the ‘procedure’ from a dingy, disgusting room, and the QTEs gradually get more and more frantic as Ethan’s state of mind deteriorates. As Ethan holds a saw to his fingers, players have to mash a confusing sequence of buttons and shake the controller (the PlayStation controller contains gyroscopes which can detect movement) to complete the amputation and the game lingers on the writhing, screaming sight of Ethan suffering from the intense pain.

Sci-fi horror series Dead Space effortlessly combines disturbing imagery and nightmarish levels to create a constant feeling of uneasiness and terror. Most enemies can only be killed by dismemberment and players are constantly bombarded with weird creatures which are half human and half creature. The game’s gore and violence is intense and unrelenting, and the game uses psychological elements of horror (ghostly whispers, creaking noises, and fleeting shadows) to great effect.

Surrealist H.R. Giger is renowned for creating truly disturbing pieces of artwork (he designed the creatures from the Alien movie series), and in 1992 he lent his twisted imagination to the world of video games for the point-and-click adventure Dark Seed. The game follows Mike Dawson, a seemingly normal man who suddenly begins experiencing crushing headaches and nightmares where aliens rip apart his skull and manipulate his brain. Progressing through the game, players must explore the strange environments influenced by Giger’s artwork and discover whether the images in Dawson’s nightmares are real or fantasy. Dark Seed creates an escalating feel of dread as players must complete certain events to a tight time period. If they fail, they have to restart the entire game and experience the weird visions and disturbing imagery all over again.

Post-apocalyptic stories are commonplace in video games, but few titles confront players with the disturbing reality of the situation than Fallout 3. Throughout the game, players are forced to make choices which affect the game’s world and how other characters treat them. However, some of the most disturbing aspects of Fallout 3 can be completely overlooked. For example, the town of Andale can only be found by wandering around the game’s map (no quest or objective forces players in the town’s direction), and it’s entirely optional for the player to explore the seemingly innocuous location. If they choose to do so, they uncover the town’s horrible secrets which involve incest, violence and cannibalism. Fallout 3 has many disturbing elements which lay just below the surface, waiting to be discovered.

Forcing the player to wander around dark, foggy environments with a flashlight, the Silent Hill series is a master class in building an inescapable sense of terror. Faced with disturbing foes like possessed children, deranged nurses and the series antagonist Pyramid Head, the creepy town of Silent Hill throws almost every imaginable type of horror at the player. Featuring weird noises, unexpected jump scares, strange visuals and a story which descends further and further into nightmarish terror, the disturbing Silent Hill series rivals the best horror films. 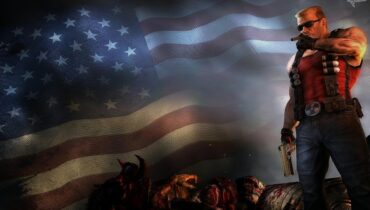 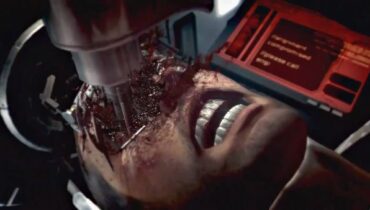