They say that fact is stranger than fiction, but it is also much more disturbing. Documentaries are a truly powerful medium and in the hands of a skilled filmmaker even the most unremarkable of subjects can be turned into engrossing and captivating movies. However, some real-life issues and stories are so powerful and shocking that they are more disturbing than even the most depraved horror movies. These documentaries cast a revealing light on subject matters which few people are aware of and they offer a chilling perspective on the darker side of humanity.

Dear Zachary starts out as a touching tribute to a lost friend. Documentary maker Kurt Kuenne starts shooting footage in memory of his best friend Andrew Bagby after he is killed in a violent attack in 2001. The main suspect to the murder was Bagby’s new girlfriend Shirley Turner, but after the crime she fled from America to Canada and revealed she is pregnant with his unborn child. With the extradition process ongoing, Kuenne began travelling the world in 2002 to interview friends of Bagby in the hope that the footage can one day be given to his son Zachary to show him the type of man his father was. However, the move becomes a true-crime documentary as the case against Turner unfolds, and Dear Zachary turns into a highly emotional and deeply troubling look into the shortcomings of the criminal justice system.

Blackfish is a heartbreaking documentary which portrays the true horror of keeping killer whales in captivity. Primarily focusing on Tilikum, a bull orca who lives in captivity at SeaWorld Orlando and has been responsible for the death of 3 animal trainers, Blackfish shows how these social, intelligent and complicated creatures are being forced into a life of duress and misery. The documentary is an impassioned call to arms which brings to light the disturbing reality of these aquatic entertainment venues and the psychological and physiological damage they inflict on creatures.

Jesus Camp offers a behind the scenes look at the ‘Kids on Fire School of Ministry’; a Christian summer camp for kids in America. Even though the filmmakers have an objective viewpoint and are even-handed in their presentation of the camp, the documentary still manages to be a truly shocking exposé of the American evangelical Christian community and the disturbing effect it is having on young children who are being indoctrinated into this far-right religious cause. It’s hard not to watch the compelling footage from the camp and believe that these children aren’t being brainwashed from an early age, and Jesus Camp shows the harmful, even dangerous, dangers these religious groups pose to future generations.

“Who do you believe?” is the tagline to Andrew Jarecki’s provocative 2003 documentary chronicling the Friedman family. The Friedmans were a well-respected, American middle-class Jewish family who were the subject of a shocking child sex abuse scandal during the 1980s. The investigation started when the father, Arnold Friedman, was found in possession of child pornography. Abuse allegations quickly followed when it was discovered that he taught computing classes to children in the family home. The eldest son, Jesse, was also implicated in the accusations but the rest of the Friedman family were apparently completely in the dark. Capturing the Friedmans is a distressing documentary which does not provide a definite answer to whether Arnold and Jesse were really guilty of their crimes. It’s clear that Arnold clearly has some paedophilic urges, but the witch hunt surrounding the case and the contradictory testimonies used in the legal trail makes it difficult to take a side. The Friedman family recorded home videos throughout the entire legal process and the inclusion of footage shot at the dinner table and in the family den adds an uncomfortable, voyeuristic feeling to the documentary. However, even this intimate footage fails to shine a light on the real truth and the result is a disturbing insight into a very dysfunctional family

In 2004, filmmaker Eric Steel secured permission from officials at the Golden Gate Bridge to film the iconic landmark for one whole year. Setting up cameras at both sides of the bridge’s straits, Steel captured more than 10,000 hours’ worth of footage – but he wasn’t honest about his intentions. Steel wanted to capture the final moments of some of the many people who use the Golden Gate each year to jump to their deaths. The Bridge intersperses footage of some of these ‘jumpers’ with interviews from friends and family members, but Steel also didn’t tell these people upfront that he had captured the death of their loved ones on film. Many critics were on the fence about whether The Bridge was a tactless, morally loathsome movie (Steel maintains that the crew usually didn’t have enough time to intervene and that they couldn’t tell if someone was going to jump until the very last second – but they did prevent six jumpers during shooting) or a poignant, insightful examination of suicide, but the result is an undeniably chilling and uncomfortable documentary.

Tony Kaye’s ‘definitive’ documentary about abortion strives to represent as many different viewpoints on the subject as possible. This is something which even some of the most accomplished filmmakers struggle to achieve, but Kaye is very deliberate in his even-handed approach and he interviews many people from different sides of the abortion debate. Moral, religious, medical and legal implications of the issue are all thoroughly discussed, and the movie’s black-and-white photography proves to be a strangely fitting aesthetic for this ‘grey’ area of discussion. It’s certainly a provocative documentary and an invaluable contribution to the complexities of the subject, but Lake of Fire’s most disturbing moments come at the end of the documentary’s exhaustive 160 minute runtime. Previous scenes in Lake of Fire include footage of aborted foetuses and murdered abortion doctors, but seeing an actual abortion procedure take place at the end of the documentary is graphic, shocking and eye-opening.

Documentary maker James Ronald Whitney looked into his own family history to create this truly disturbing movie. The HBO documentary chronicles the life of Whitney’s step-grandfather Melvin Just; a man who destroyed his own family through years (and generations) of truly shocking sexual abuse. Melvin targeted and molested his step-daughters and biological daughters and he was also implicated in the murder of a nurse who caught him committing his crimes. Although he was eventually convicted of child molestation, Melvin is completely non-committal about his actions when he is interviewed on camera. As Whitney interviews more and more family members and witnesses, it’s clear that this evil man’s legacy is a trail of broken lives and a family torn apart by years of pain and abuse.

Aokigahara Forest is the most popular suicide spot in Japan. Located at the base of Mount Fuji, this short documentary follows geologist Azusa Hayano as he takes a small film crew into the deep vegetation of the forest where around 100 people kill themselves each year. Finding abandoned possessions, a noose, makeshift ‘breadcrumb trails’ and even a suicide manual, Hayano offers morbid insight into how and why people choose the forest as a site to commit suicide. The soft-spoken guide is composed and even serene as he wanders through the bushes and trees and talks about what he imagines is going through some people’s heads during their final hours alone in the wilderness, but it’s clear that his encounters with death (Hayano estimates that he has found more than 100 bodies on this ‘suicide patrols’ over the years) have given him fascinating insight into this confusing modern phenomenon.

This BBC documentary from 2007 is a truly disturbing look into Bulgaria’s care home system. Visiting a state-run institution in the small village of Mogilino which houses 75 unwanted disabled children, director Kate Blewett captures heart-breaking scenes of neglect and abandonment as the children (some of whom are emaciated and clearly being mistreated by staff) are basically dumped in this poor facade of a care home without being offered any sort of education, stimulation or attention. The documentary attracted international attention and forced Bulgaria to take an inward look at its social care system. Although it is very difficult to watch, the impact of Bulgaria’s Abandoned Children demonstrates the true power of documentary filmmaking and Blewett made a follow-up years later where she returned to the country to meet some of the children from the first film. Thankfully, she discovered that many of their lives had been completely turned around for the better.

The Act of Killing is a powerful documentary about the Indonesian anti-communist purges of 1965-66 during which more than 500,000 were killed. However, director Joshua Oppenheimer shuns convention in his approach to the subject matter. Oppenheimer was given access to men who had served in death squads during this time, and he presents them with the opportunity to re-enact the killings they carried out so many years ago. The result is a bizarre pantomime of performances as the death squad killers create short gangster, western, and musical films which glorify their roles in the purges. Although it is disturbing seeing these men (who are openly honoured in public and protected by the Indonesian government for their roles in the mass murders) gleefully re-enacting their horrible crimes on camera, it is also shocking that the documentary doesn’t aggressively challenge or question them throughout the process. However, by making them accountable participants in the recreations, Oppenheimer reveals much more about these men than any interview ever could and he forces them to confront the awful truths of their pasts. 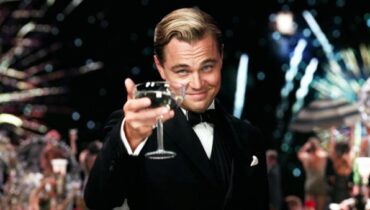 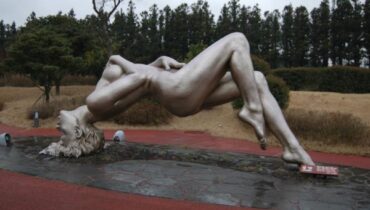 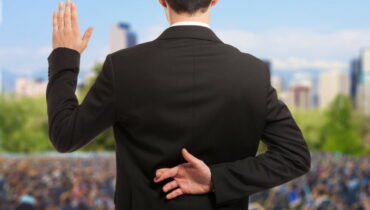