Travelling the world isn’t always an eye-opening, enjoyable experience. Sure, we should all try to experience different cultures and countries instead of simply checking off a list of famous locations, and it’s far too easy moaning about prices or crowds because that’s exactly the type of thing you should expect from some of the planet’s most iconic landmarks and attractions. However, these things are really not much comfort when you’re trying to enjoy or experience something and the surrounding environment completely ruins any sense of awe and interest you’re supposed to be feeling. Or worse still, you get there and you are completely underwhelmed by what’s in front of you. Here are some tourist destinations and sights from around the world which you might want to think twice about before putting them on your bucket list. 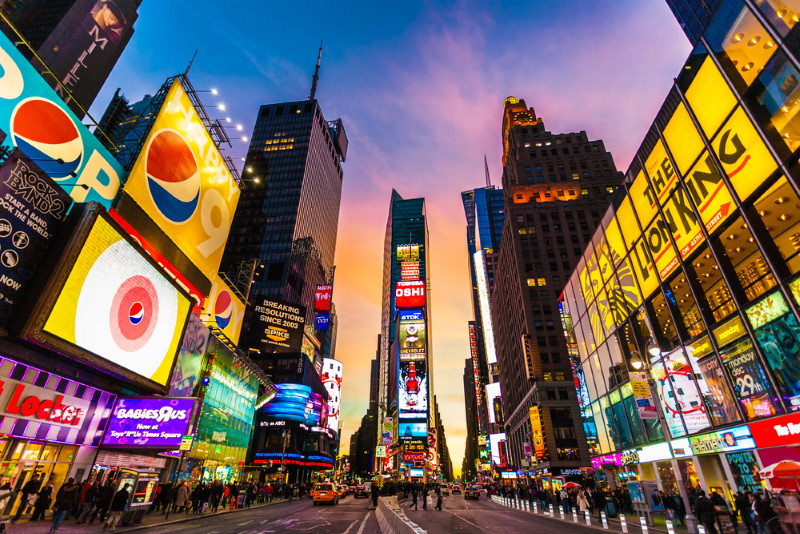 Many visitors to New York instinctively head to Times Square in an effort to soak up the energy of America’s most famous city. Although it is right smack in the centre of midtown, Times Square is as about as far away from experiencing the energy and diversity of New York as you can possibly imagine. You’ll be surrounded by huge advertising billboards, chain stores that can be found on pretty much any high street anywhere else in the world and, of course, bustling crowds of photo happy tourists. 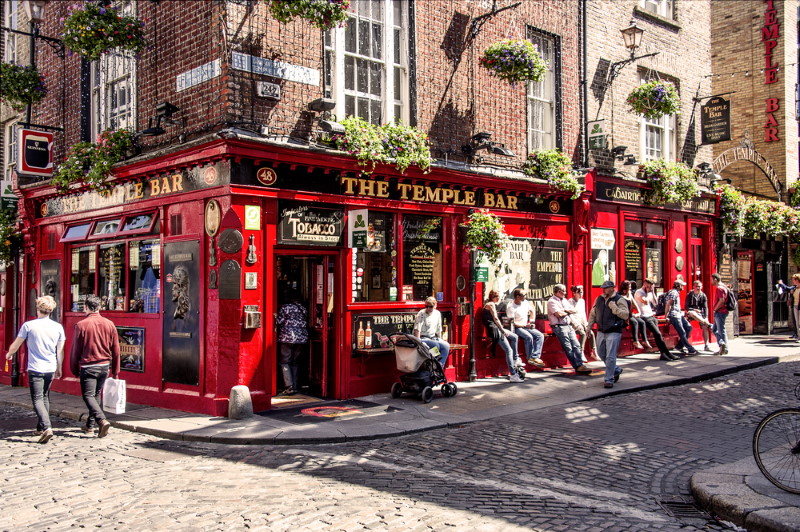 Temple Bar may be advertised as one of Dublin’s cultural quarters, but this historical strip of pubs puts so much effort in pandering to tourists that it feels like an Irish theme park. Temple Bar is overpriced, lacking in charm or atmosphere and it is always full of drunk tourists trying their hardest to ‘experience’ Irish drinking culture. Temple Bar is more tolerable during the day, but you’re still better off visiting some of the many other pubs or restaurants Dublin has to offer without wasting too much time there. 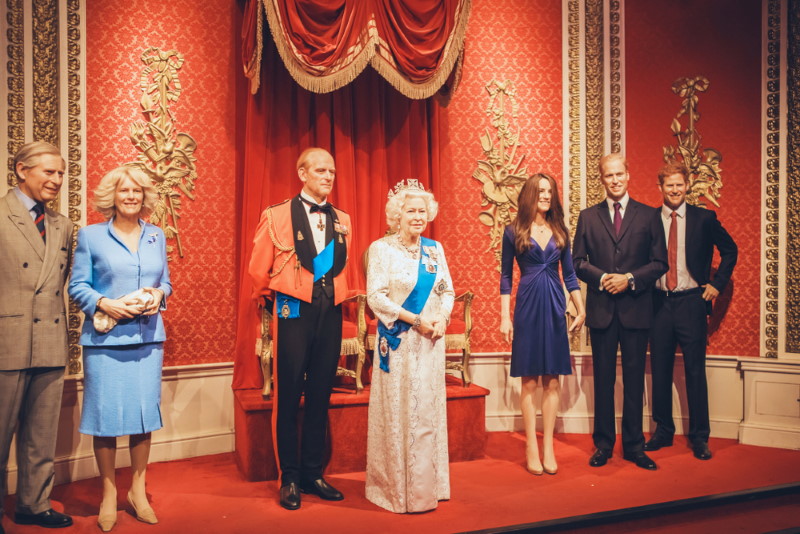 Madame Tussauds may be a popular tourist attraction with locations all over the world, but that doesn’t mean it’s actually any good. The quality of Madame Tussauds differs greatly between locations (some of the waxworks are like disturbing, malformed clones of the celebrities they are supposed to look like) and at the more popular franchises, like in London, you will literally be queuing for hours just to get inside. It’s hugely pricey and as soon as you get inside you’ll probably realise that once once you’ve seen one realistic waxwork you’ve seen them all. Sure, it’s fun to take a photograph standing next to your favourite celebrity and flipping off the ones you don’t like (Hitler is a popular choice, but you’re more likely to see tourists standing next to him doing the Heil salute), but that’s really all that there is to it. Even worse you can waste up to half a day in the queue outside and then get stressed out trying to make your way through the crowds when you could be enjoying much better attractions anywhere else in the city that you are in. 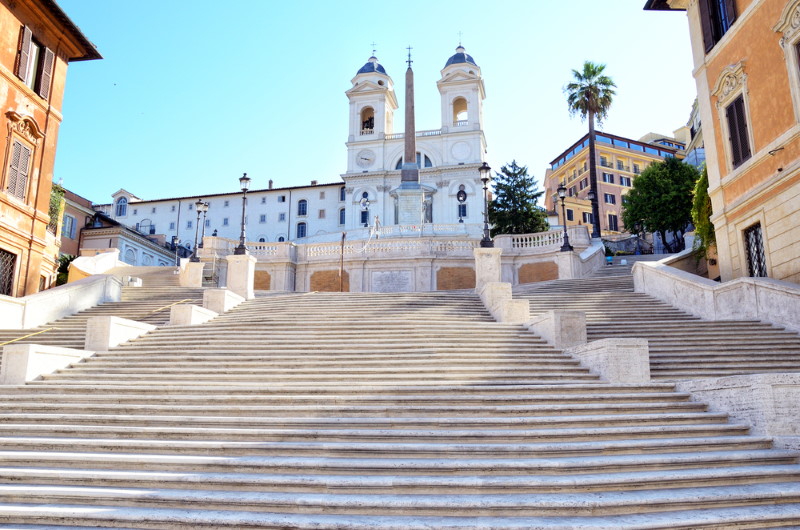 It’s hard to really get excited about a bunch of steps, no matter how iconic or grand they may be. The Spanish Steps are so-called because the stairway links the Bourbon Spanish Embassy and Trinità dei Monti church to the Holy See below.That’s pretty much all there is to it and if wasn’t for the lively atmosphere which is always at the landmark then you probably wouldn’t realise that it has huge cultural and historical significance. The Spanish Steps are a pleasant sight in Spring and Summer when there are flowers in bloom, but most people just use them as a popular meeting place for the capital city. 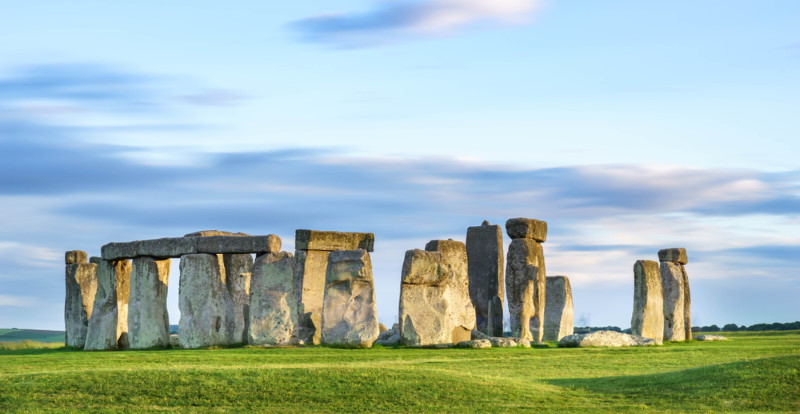 Stonehenge may be a prehistoric monument with origins and folklore which has intrigued people for thousands of years, but the mystery and history behind the stones are much more interesting than actually being there in person looking at them. After you’ve travelled up to the stone circle via a bus shuttle from the depressing-looking visitor centre, it’s hard to really appreciate the mythical site as you’ll be stood in a sealed off area (walk-in tours are exclusive and only available a few times a year) with a busy road and loads of sheep nearby. It’s a pricey trip for what you get and you’re much better off going to the nearby Avebury Henge instead. 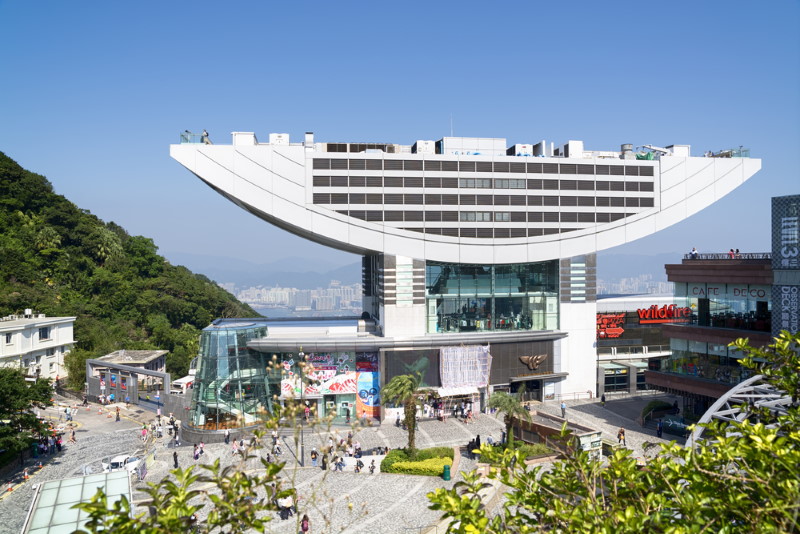 Peak Tower has the dubious honour of being an actual tourist trap. Many visitors complain that that the inside of the scenic-looking leisure and shopping complex is deliberately designed to be as tricky to navigate as possible so that tourists simply don’t know how to leave. Exiting the Peak Tram, tourists are herded into the tower and straight into the confusing interior layout where they are subject to cheap market stalls and overpriced souvenirs with no clear exit. The escalators and walkways all point towards the observation deck where tourists are expected to pay to enjoy the same view that they would be able to see from just a few floors down. 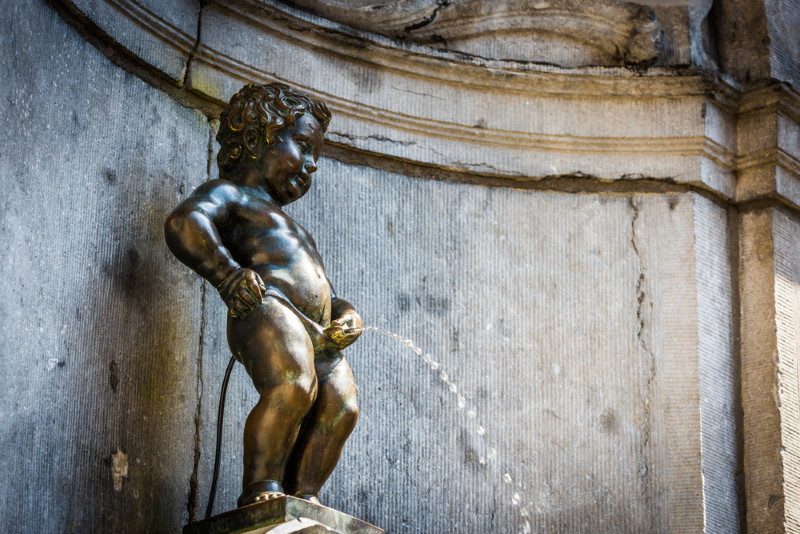 It’s easy to see why so many tourists flock to the Mannekin Pis. The statue is prominently featured on most of the postcards and tourist guides from Brussels and it is said to represent the ‘rebellious’ spirit of the city. So you can imagine the disappointment of the crowds when they gather around the famous fountain and discover that the bronze statue of a little boy pissing is just over half a metre tall and that there’s really not much else to see. The iconic statue is dressed up in different costumes several times a week, but it’s still not really worth the trip unless you happen to be in the nearby area. 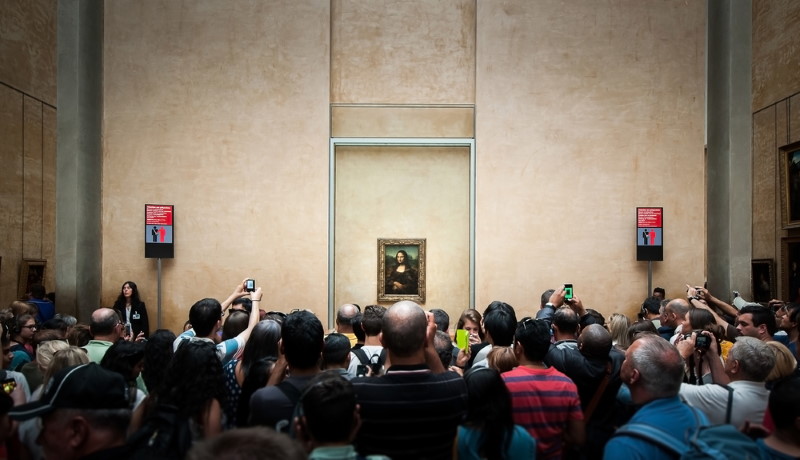 Paris is a funny place. Countless tourists flock there each year to soak in the beauty of the city but many walk away with complaints about the prices, pollution, queues and well, the French. All of these things can really be said about just any popular capital city (apart from the French thing), but at least Paris can boast that it has one of the finest art galleries in the world. Despite housing more than 35,000 pieces of artwork, most of the busy crowds in the Louvre are only there to see one painting. You don’t have to be an expert to know what the Mona Lisa looks like and who painted it, so it’s safe to say that it is probably one of the most recognisable pieces of artwork in history. However, it’s hard to really appreciate Da Vinci’s work when there are dozens of people stood in the room all trying to take pictures with their smartphones and tablets. The painting itself isn’t that big – 77 cm x 53 cm – so you’ll also have to put with countless people moaning that it’s smaller than they expected. 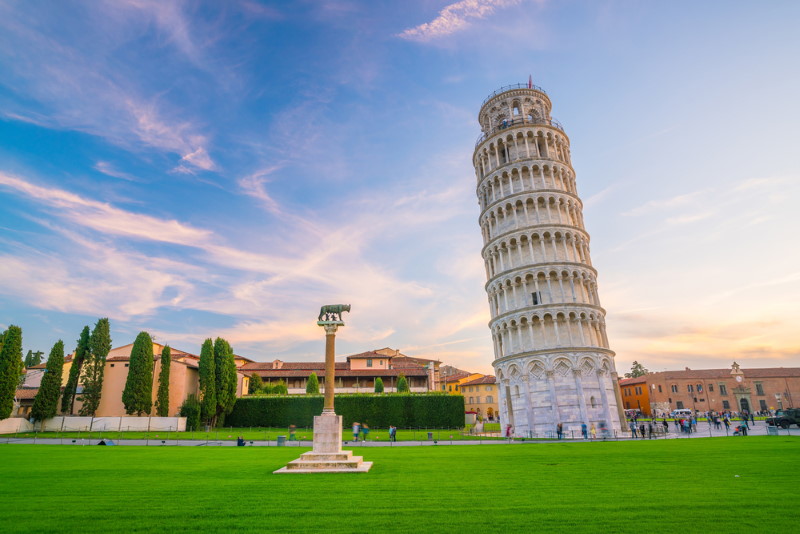 This iconic piece of architecture is not only much smaller that you’d expect but some of the surrounding buildings in the Field of Miracles – the Cathedral, Baptistry and Camposanto Monumentale – are much nicer to look at. However, by far the worst part of visiting the Tower of Pisa is weaving around the droves of tourists stood in front of the landmark with their arms outstretched trying to recreate a hilarious pose that looks like they’re holding it up. While the tower is a beautiful structure, if it wasn’t leaning no one would probably care very much. 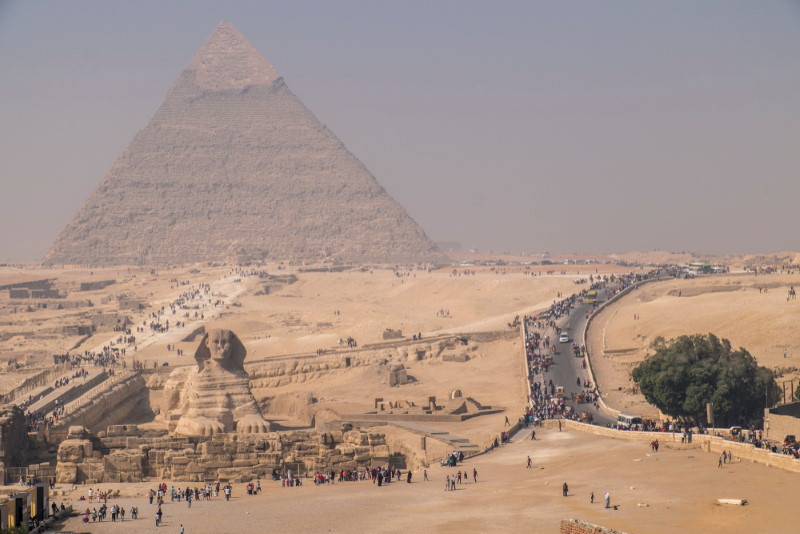 The Pyramids are probably the most impressive man made monuments in the world and the Great Pyramid of Giza rightly deserves its place on the list of Seven Wonders of the Ancient World. However, it’s very hard to appreciate the wonder of these ancient landmarks. Vendors will completely ruin any sense of awe that you may feel as you gaze upon the ancient structures by trying their high pressure sales tactics. You’ll be aggressively harassed throughout your visit to depart with your money for some cheap souvenir trinkets, camel rides, photographs or the privilege of an attended bathroom. The experience is completely exhausting and the majesty of the Pyramids are completely sucked dry by the amount of trash, dirt, excrement and graffiti surrounding them. For a less stressful experience you are better off admiring the landmark from afar – this is no difficult feat as there’s a nice balcony on top of a KFC/Pizza Hut just a few hundred metres away.

Top 10 Weirdest Fish In The Oceans