The Hollywood production model has changed drastically in recent years and modern movie makers know that it’s often best leaving room for a sequel if they want to build themselves a success franchise. Sequels are nothing new of course and there have been plenty of stinkers over the years, but the last decade or two has definitely seen a new upswing in money maker movies which have completely missed the mark.

Speed was a genuinely tense and exciting thrill ride which felt like a breath of fresh air for the stale action genre. When a disgruntled former explosives expert arms a bus with a bomb that will explode if the vehicle drops below 50 miles per hour, LA cop Jack (played by Keanu Reeves) tries to save the day with the help of spunky passenger Annie (Sandra Bullock) and his partner Jack (Jeff Daniels). Could you believably have another situation where one of the same characters is trapped in another vehicle out of control just for the sakes of a sequel? Sadly, studio executives thought so. In Speed 2 the vehicle was a cruise liner which was on a collision course with an oil tanker and poor Annie must have wondered what she had done to find herself in this situation again. Reeves saw sense and didn’t return to reprise his role, so at least someone managed to avoid this sinking ship. 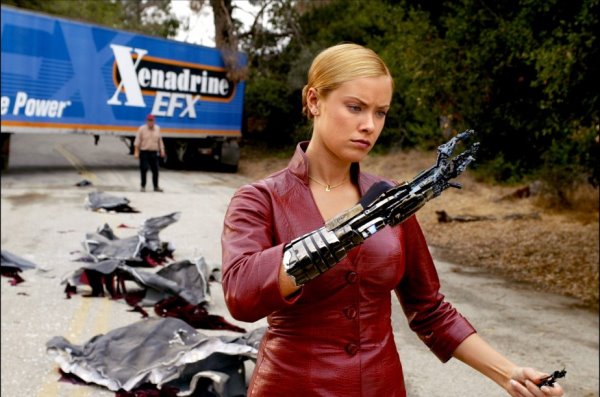 Terminator 3 was doomed from the beginning. Director James Cameron – the genius behind the original Terminator and the brilliant sequel – wasn’t interested in coming back for another entry and Edward Furlong, who had played the teenage John Connor in T2: Judgement Day, was facing severe addiction issues and was unable to reprise the role. They still had Arnold Schwarzenegger – but it had been nearly 20 years since the original and robots don’t tend to age. Despite all this, it was still probably possible to make a good Terminator movie, but Terminator 3: Rise of the Machines is just a lazy rehash of the franchise. The film almost redeems itself in the final five minutes with a neat little twist ending, but it’s simply not enough. 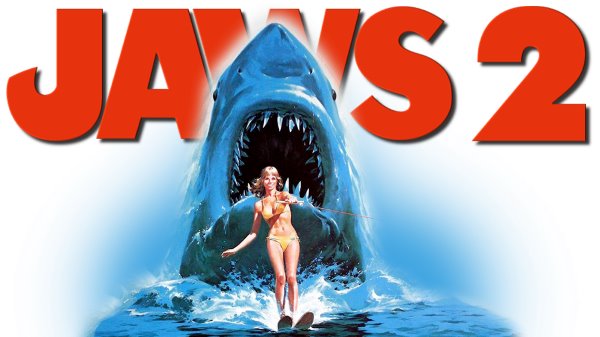 Jaws 2 had an undeniably great tag line: “Just when you thought it was safe to go back in the water.” Unfortunately, it was the only good thing about the movie. Steven Spielberg wisely didn’t come back for a sequel and Roy Scheider wanted absolutely nothing to do with it, but he was under contract to the studio and they gave him an absolute fortune. The plot was all too familiar – another shark starts killing the people of Amity Island, the mayor doesn’t want to close the beaches and Chief Brody is forced to kill it himself. As horrible as it was, the next two sequels were infinitely worse. 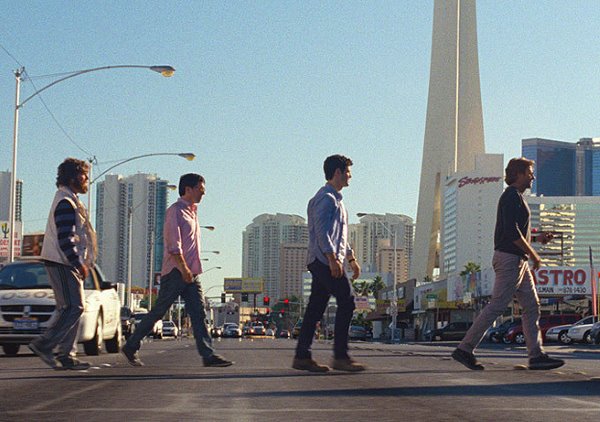 Everyone that bothered to see Hangover 2 thought that the story was just a pale repeat of the original, yet it still managed to make millions and a third instalment was inevitable. Hangover Part III follows the formula of The Karate Kid III, Super Mario Brothers III and Oceans 13 in that it took the story back to the original location after a second chapter where the characters visited an exotic, faraway land. However, seeing the guys back in Las Vegas (without an actual hangover-induced memory lapse) just felt tired and predictable as the premise was by now completely worn out. 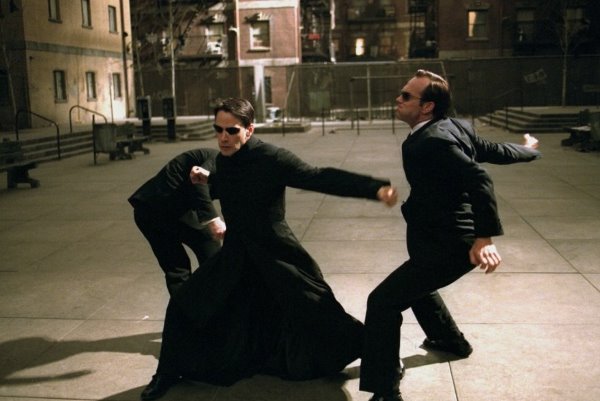 1999 saw the release of perhaps one of the most influential sci-fi movies of all time. The Matrix caused a storm at the box office and left audiences pondering if they were living in the real world or merely a computer creation thanks its excellent blend of cutting edge special effects and deft philosophical pondering. During the film’s climax, we watched Neo finally become ‘The One’ and face off against the seemingly unbeatable Agents before he flew off into the sky, promising to help liberate humanity. Fans had high hopes for a sequel but what they were given was nothing near the lowest of expectations. Audiences were treated to a human resistance who liked glowstick-fuelled dance parties, a barely comprehensible script and a very, very disatisfying ending. The third film saw a huge drop in box office attendance which grossed marginally less than the first movie and nearly half of Revolutions. If only audiences could take the blue pill and ignore the reality where these sequels sullied the Wachowski’s potentially great franchise.

Emerging from the immensely successful 2002 Spider-Man, director Sam Raimi had another ballpark win with the follow up sequel which saw our titular hero square off against sympathetic villain Doc Ock and have doubts about his secret life as a web-slinger. Fans looked forward to the final chapter in this trilogy, but their reward was less than lackluster. Setting up Harry Osborn as the new Green Goblin and introducing classic villain Sandman for the final ride, it seemed as though Spidey’s plate was already quite full. However, producers shoe-horned in fan-favourite Venom as a third antagonist and the end result was a mishmash of rushed plot-points and a maddeningly silly story. Added with the startlingly emo Peter Parker and that dance scene, it’s no wonder many fans look at Spider-Man 3 as the worst installment of the trilogy and a truly missed opportunity to bow out on a high note. 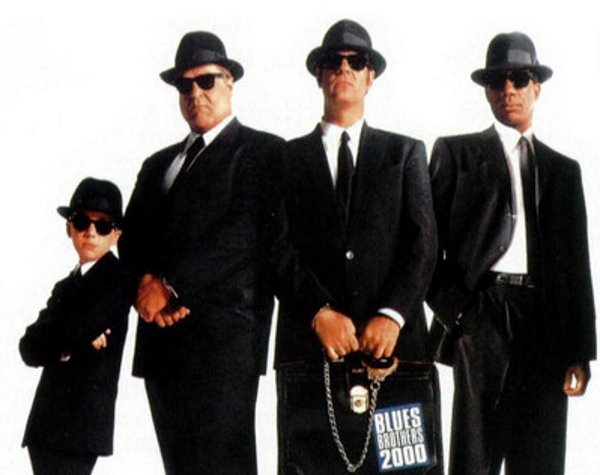 Blues Brothers 2000 was another sequel which had the odds stacked against it. Sequels filmed decades after the original almost are almost always bad; sequels filmed without a key cast member from the original are almost always bad; and comedy sequels are almost always bad. With a plot that made zero sense and too many blues brothers to count, there was little hope for this sequel. Even with Dan Aykroyd reprising his original role, fans were thoroughly disappointed with this lame attempt at following up one of the most iconic comedies even made. Blues Brothers 2000 grossed a little over $14 million in box office sales in North America and did even worse on the global scale. Hopefully they got the message that Blue Brothers are no more. 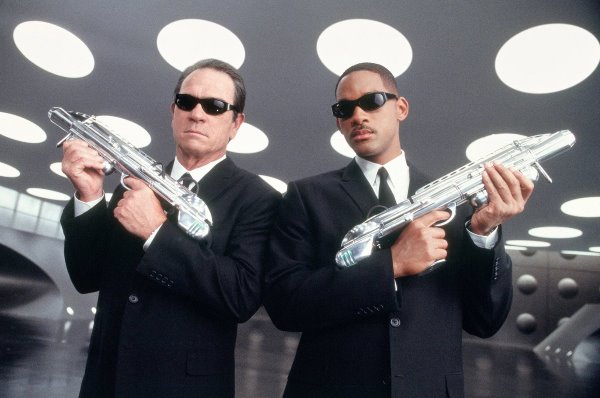 The original Men in Black was a splendid film which had great chemistry between its lead actors, an inventive sci-fi premise and an awesome song to accompany it. Sadly, the sequel laked the spark and energy that made the original so great. The plot was almost a mirror image of the first film with Will Smith’s character having to recruit Tommy Lee Jones’ back to the MIB after he had his memory wiped at the end of the first film. Smith spent too much time paired with the talking pug dog Frank (who just wasn’t as funny as the writers thought he was), Lara Flynn-Boyle was a pretty weak villain and Johnny Knoxville’s two-headed henchman was just annoying. Thankfully the third movie was a return to form, but it’s still hard to forget about the stench of the second one.

Steven Soderbergh hit the jackpot with Ocean’s Eleven. The crime caper was bolstered by a stunning, all-star cast who brought all their charisma and style to some clever heist shenanigans which resulted in a thoroughly enjoyable cinematic experience. The idea of doing it again with even more star power was obvious, but it also goes to prove that bigger is not always better. Ocean’s Twelve just wasn’t quite as clever or as cool as the first and it seems setting sequel in Europe is almost always a kiss of death. When the movie ends with Julia Roberts’ character pretending to be the actress Julia Roberts, it’s clear that Soderbergh was trying too hard to take this follow up in a massively different direction from the first movie. Unfortunately, none of the wit and charm from the original is on display and the result is a self-indulgent smugfest with no spark.

1. Indiana Jones and the Kingdom of the Crystal Skull (2008) 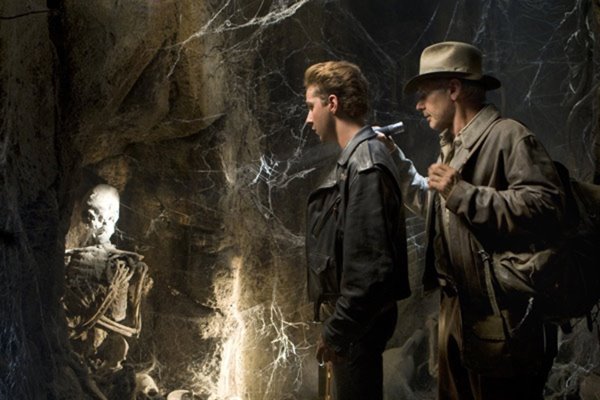 A fourth Indiana Jones was the stuff of Internet rumours and playground gossip for years. Almost 20 years after the release of the Last Crusade, Harrison Ford’s iconic, fedora-donning archaeologist returned for an adventure which found him partnering with his son Mutt in order to prevent the Russians from gaining possession of powerful artifacts. It’s a promising premise for the pulpy adventure series, but the action sequences involved so much CGI that the thrills felt fake and unsatisfying and Harrison Ford looked like he wanted to be somewhere else the whole time. Worst still, the producers needed to cast a rugged, manly, good-looking young actor who could possibly carry the franchise forward but they chose Shia LaBeouf instead. Even with Steven Spielberg and George Lucas still at the helm the film was a disaster which was mocked relentlessly for making Indy jump the shark. Or should we say “nuking the fridge”?

Top 10 Movie Twists which were Infuriating